Beyond Bruin Walk: Newsom’s order on zero-emission vehicles is a misleading facade of climate progress

Bold and effective ideas are not just welcome when it comes to climate change – they’re essential.

Gov. Gavin Newsom would do good to remember that.

In a sweeping Sep. 23 executive order, Newsom announced all new cars sold in California must be zero-emissions by 2035. The order shies away from banning all gas vehicles though – Californians can still own or sell used gas-powered cars once the deadline passes.

Newsom’s mandate also leaves fracking, a controversial and dangerous method of oil drilling, largely untouched. Rather than make a definitive stand against the practice, the order calls on the state Legislature to take action when it reconvenes in 2021.

On the surface, this mandate is a tremendous step toward addressing climate change – the realities of which are all too real for Californians fleeing record-breaking wildfires. Car emissions make up more than 40% of the state’s total greenhouse gas emissions.

But a closer examination of Newsom’s mandate reveals severe flaws. To start, it does not address the prohibitively expensive nature of electric vehicles and instead leaves the issue up to the free market. It also does not meaningfully acknowledge, let alone confront, the state’s affordable housing crisis, which has fed Californians’ toxic reliance on cars.

If Newsom truly wants to help Californians, this mandate must be the start of a concerted effort to tackle climate change from an intersectional approach. Environmental issues do not exist in a vacuum – they breed new inequities and exacerbate existing ones. Action that addresses the symptoms of anthropogenic warming as an isolated incident is no longer enough; innovative, systemic solutions are needed.

For one, it completely ignores the health of historically marginalized communities. The mandate does not establish health and safety zones surrounding oil and gas refineries, leaving many stranded in places that are consistently exposed to dangerous chemicals.

A UCLA health survey found that residents of Wilmington, a community that contains a disproportionate number of California’s wells, are at a higher risk for certain health conditions. Wilmington is located in Los Angeles, which has more than 5,000 active oil and gas wells – many of which are concentrated in low-income neighborhoods and communities of color. For these residents, the ban on the sale of new gas-powered vehicles in 15 years does little to alleviate the deadly risks they’re experiencing today.

This glaring oversight is reflective of a questionable relationship between Newsom and the oil industry.

Following a ProPublica report that oil companies in California have been profiting off oil spills, the Center for Biological Diversity, a nonprofit environmental organization, released a statement threatening to sue the state to halt the illegal permitting of oil and gas wells.

The center’s frustrations are well-founded – despite a November 2019 announcement from Newsom that temporarily blocked new fracking permits, 50 permits have been issued to Chevron and Aera Energy.

So while the governor pats his back on his most recent order, marginalized Californians will continue to shoulder the burden of unsafe oil extraction.

This misleading facade of progress is precisely why the state needs to do more, sooner rather than later. Newsom’s zero-emissions order does not recognize the differential impacts of climate change or the complexity of policies needed to stave off the greatest threat to life as we know it.

Banning the sale of new gas-powered vehicles doesn’t make electric cars cheaper, and it certainly doesn’t eliminate people’s need to drive. California’s debilitating housing crisis has pushed people to live further from their place of work, creating longer commutes and more vehicular emissions. In Los Angeles County, which is home to 18 of the nation’s most expensive zip codes, more than 150,000 residents spend at least 90 minutes driving to work on any given day.

Simply mandating all vehicles be zero-emissions won’t solve this problem – but policy that simultaneously addresses housing inequities and mass public transit may.

To be fair, Newsom’s announcement is important both symbolically and practically. It’s a necessary step forward, but it isn’t the be-all end-all or a silver bullet for climate change.

It’s the beginning of a long and painful journey ahead – one we must embark on now. 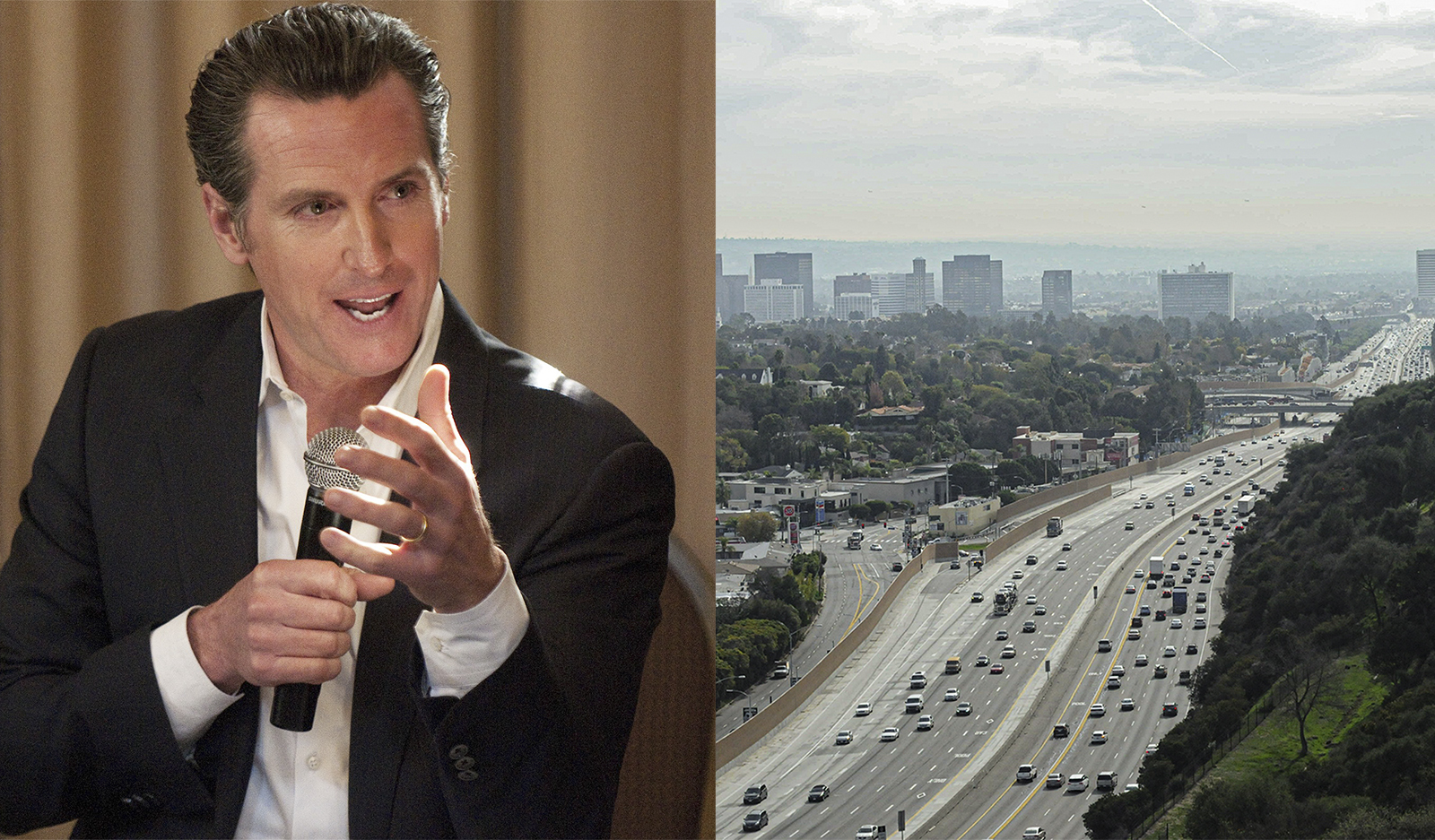