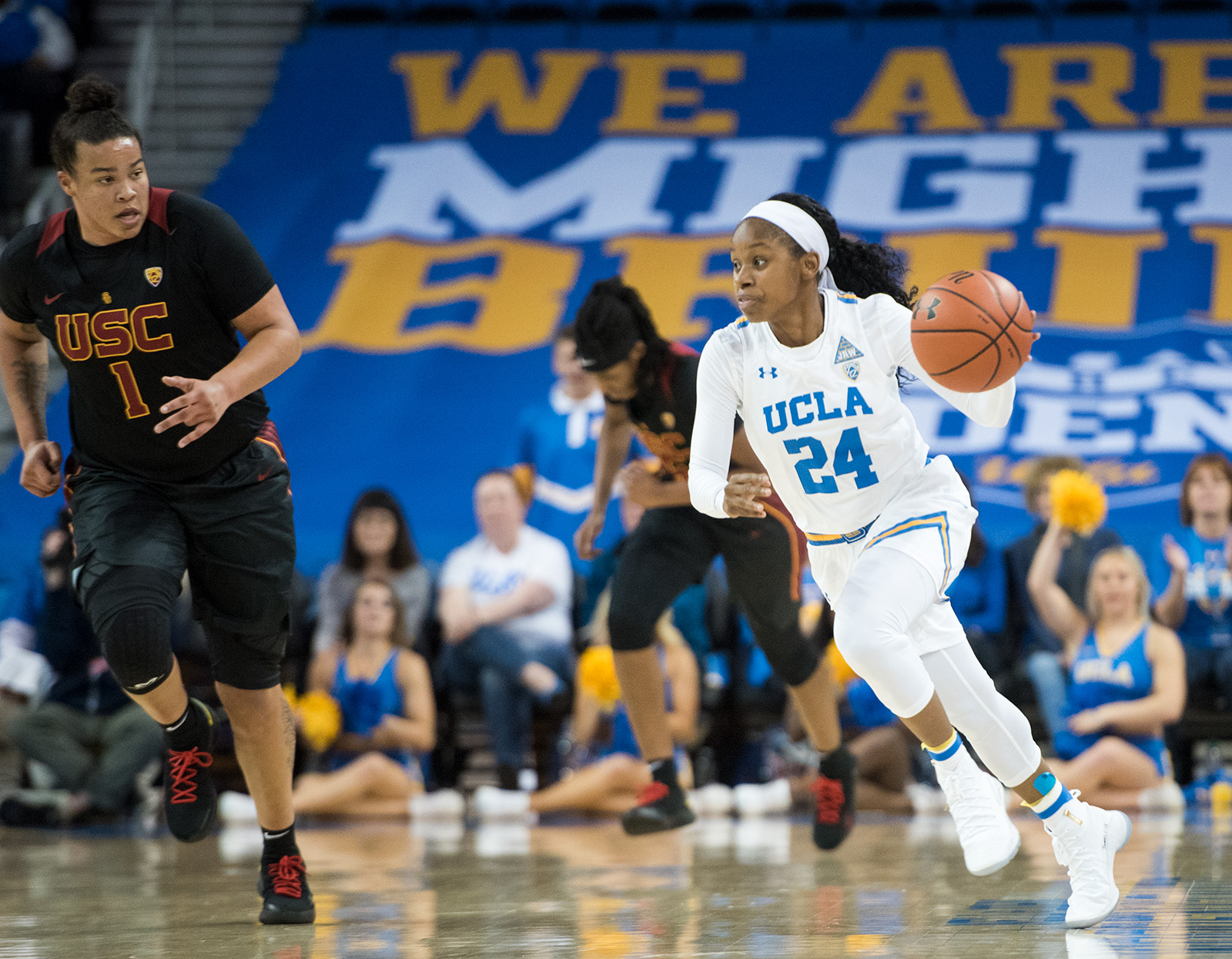 Five months after hearing her name called in the 2020 WNBA Draft, a former UCLA women’s basketball guard is going international.

Japreece Dean signed a one-year deal with Dynamo Novosibirsk Region – a team in the Russian Professional Basketball League based in Novosibirsk, Russia – as she announced via social media July 29.

“(Dean) is a young and promising basketball player who spent the last three seasons of her student career with the University of California (UCLA) team,” the team said in a statement on Facebook translated with Google Translate. “In 2020, she was drafted by the Chicago Sky (WNBA). We hope for her further progress as part of our team.”

Dean was waived on May 25 by the WNBA’s Chicago Sky, after the Sky selected her in the third round of April’s draft.

The Bruins’ starting guard from the past two seasons said she anticipated her release, given the roster trimming by other WNBA teams. UCLA coach Cori Close expected she would have made a roster under normal circumstances.

After the news broke, Dean and her agent began their search for a new team overseas, and upon reviewing contract offers, settled on Dynamo with hopes of keeping her WNBA aspirations alive.

However, Dean failed to eclipse the 35% mark from 3-point range for the first time in her UCLA career, converting just 25.6% of her shots from beyond the arc.

According to Close, the guard needs more consistency from beyond the arc and should take greater advantage of her quickness on the defensive end.

Dean said she recognizes the shortcomings in her individual game that need improvement to return to the WNBA.

She also said she wants to exhibit her strengths as a point guard and floor general against competition in the PBL.

“(I want to be) consistent, making open shots, getting my 3-point percentage up (and) being able to have great reads off of the pick-and-roll,” Dean said. “Obviously being at point guard, (I want to show my abilities in) leading a team, winning games, finding the right people and getting them open shots.”

Those abilities as a point guard can set Dean apart as she plans a return to the WNBA, according to Close.

“(There are) very few people that are going to be able to keep her in front of them,” Close said. “(Dean has the) ability to play in the pick-and-roll and really make good reads. She loves the big competitive moments, and I think that’s really hard to teach.”

Joining Dean in Novosibirsk is another Pac-12 veteran – former Oregon forward Jillian Alleyne – who played five games for the WNBA’s Minnesota Lynx in 2019.

Alleyne was the first person from Dynamo who Dean said she talked to, and both are projected by Eurobasket.com to be in coach Dmitry Donskov’s starting lineup alongside two Russian nationals this season. Dynamo finished seventh out of nine teams in the PBL last season.

Dean joined the team in September amid the coronavirus pandemic after obtaining a work visa, and Close said she received care packages from her former Bruin teammates before her travels.

The Austin, Texas, product said the challenge of returning to the WNBA, especially as a point guard, remains, but now she has a chance to prove herself on the court once more in a season kicking off in October.

And to Close, Dean’s willingness to travel to Russia to pursue her professional career spoke to who Dean is as a person.

“When you go to another country, I mean to a completely different culture like (Dean) is doing, it shows that she’s courageous (and) shows her independence,” Close said. “(It shows) her love of the game (and) her determination, because she is completely determined to have a long professional basketball career and to make it back to the WNBA.”