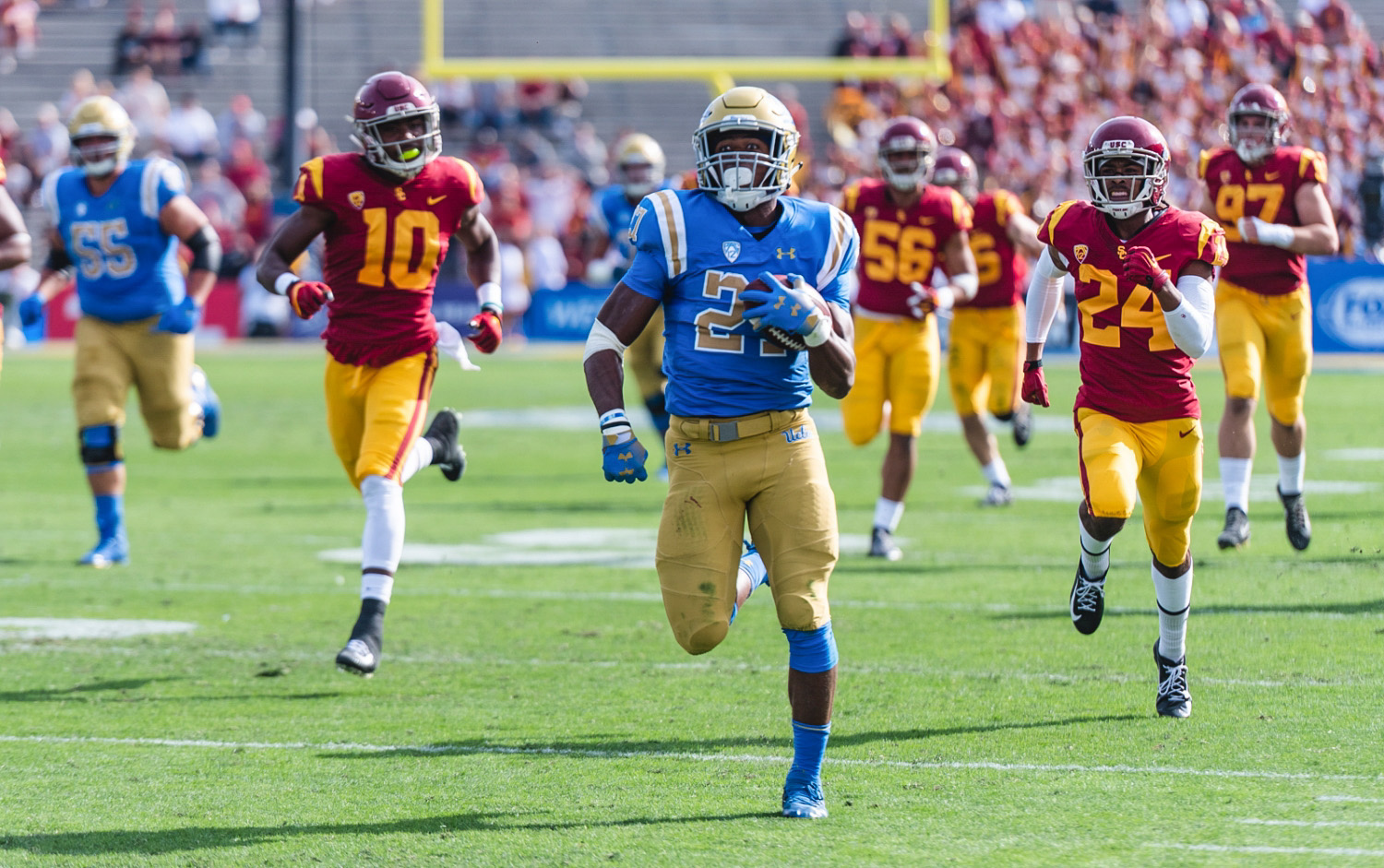 Former UCLA running back Joshua Kelley, drafted 112th in this year’s NFL Draft to the Los Angeles Chargers, has been a standout in his first two professional performances. (Amy Dixon/Daily Bruin senior staff)

Kelley ran for 64 yards and hauled in two receptions for 49 yards against the defending Super Bowl champion Kansas City Chiefs. After running for 5.0 yards per carry with a touchdown in Week 1, Kelley surprised some as his carries nearly doubled to 23 in Week 2, leading to an early season high in yards.

Los Angeles led 20-17 with just over two minutes left in the game, but Kansas City rallied to put a late-game field goal on the board, tying the game and sending it to overtime.

The Chargers started with the ball, but went three and out with Kelley getting no touches. The Chiefs drove down the field the following possession, scoring a 58-yard field goal to win the game in overtime.

Against Tennessee, The Jacksonville Jaguars, a team with the same fate as the Chargers – a win in week one, a loss in week two – saw linebacker Myles Jack tied as the leader for both teams in total tackles with eleven in the Jags’ loss to the Titans.

On a 3rd and 5 with 1:57 left in the game, Jack was called for pass interference, leading to an automatic first down and ultimately the Titans’ game-winning field goal.

#Jaguars DT Abry Jones says a lot of the players didn’t feel it was pass interference on Myles Jack near the end. Didn’t agree with the refs call there.

Jack’s teammates defended him after the game, questioning the pass interference call. Nonetheless, Jack leads his team with 22 total tackles and is one of only two Jaguars to have registered a sack this season.

Another former Bruin delivered on the defensive end, but like Jack, his performance was not enough to get his team the win. Linebacker Eric Kendricks, UCLA’s first Butkus Award winner and Jack’s teammate in 2013-14, led all players in tackles in Minnesota’s game in Indianapolis on Sunday.

Despite the performance, the Vikings lost 28-11 to the Colts and stayed winless on the season. Kendricks leads his team in tackles by nine on the season with 23.

Another near-perfect performance from pitcher Gerrit Cole led to a Yankee rout.

The former 2011 first overall pick pitched seven innings – completing a no-hitter through the first six – helping New York to a 13-2 win over Toronto on Sept. 16.

Up 7-0 in the sixth inning, Cole allowed his only run against the Blue Jays on a wild pitch, with Jonathan Villar stealing home. Cole struck out eight batters while walking two.

Brandon Crawford, shortstop for the San Francisco Giants and a Bruin from 2006 to 2008, hit his first grand slam of the season Sunday.

Coming in the sixth inning, Crawford’s blast gave the Giants an eight-run lead over the Oakland Athletics, leading to an eventual 14-2 win. The victory prevented a sweep of the Giants in the six-game season-series with their Bay Area rivals. 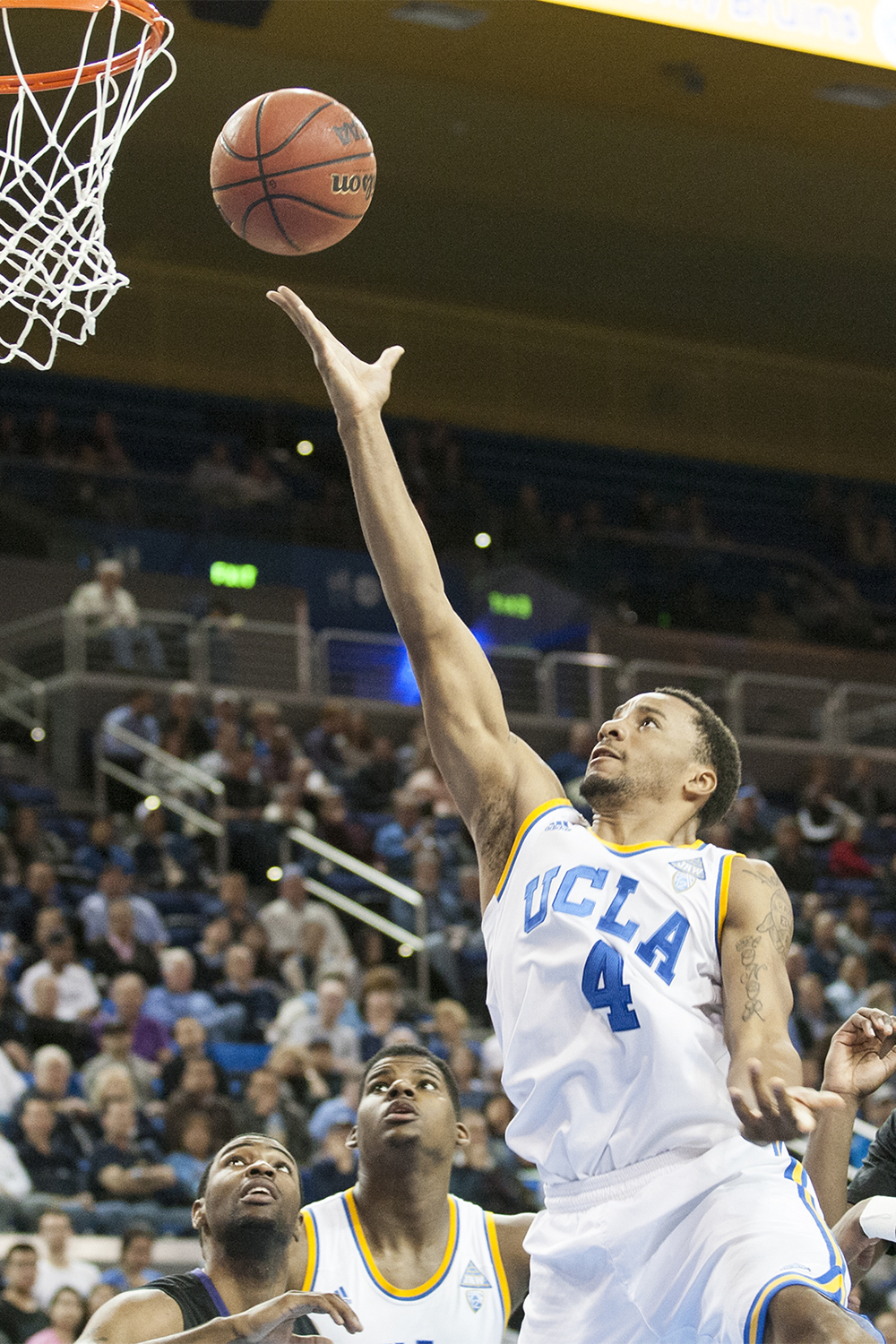 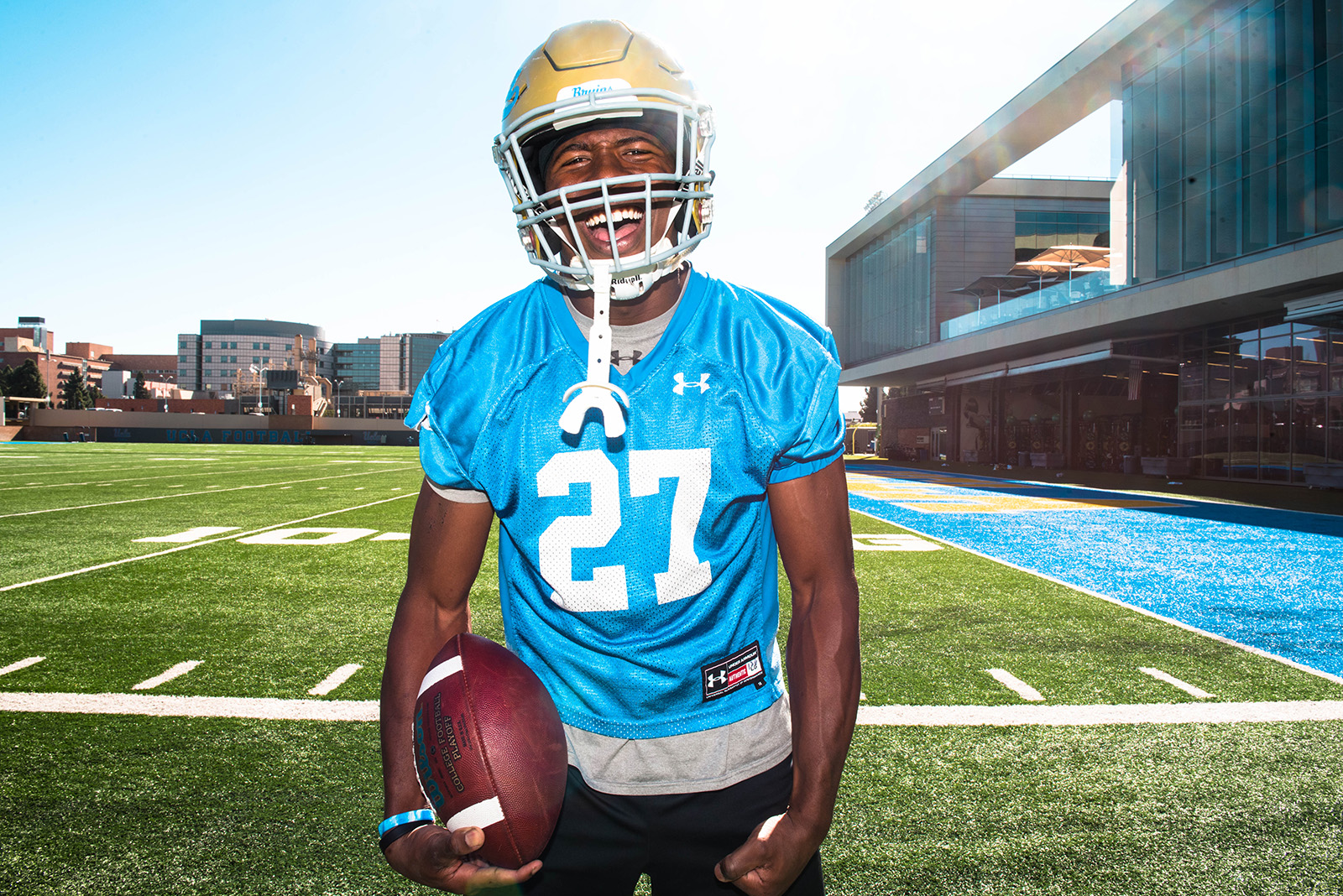 Joshua Kelley fuses his season of football with seasons of anime 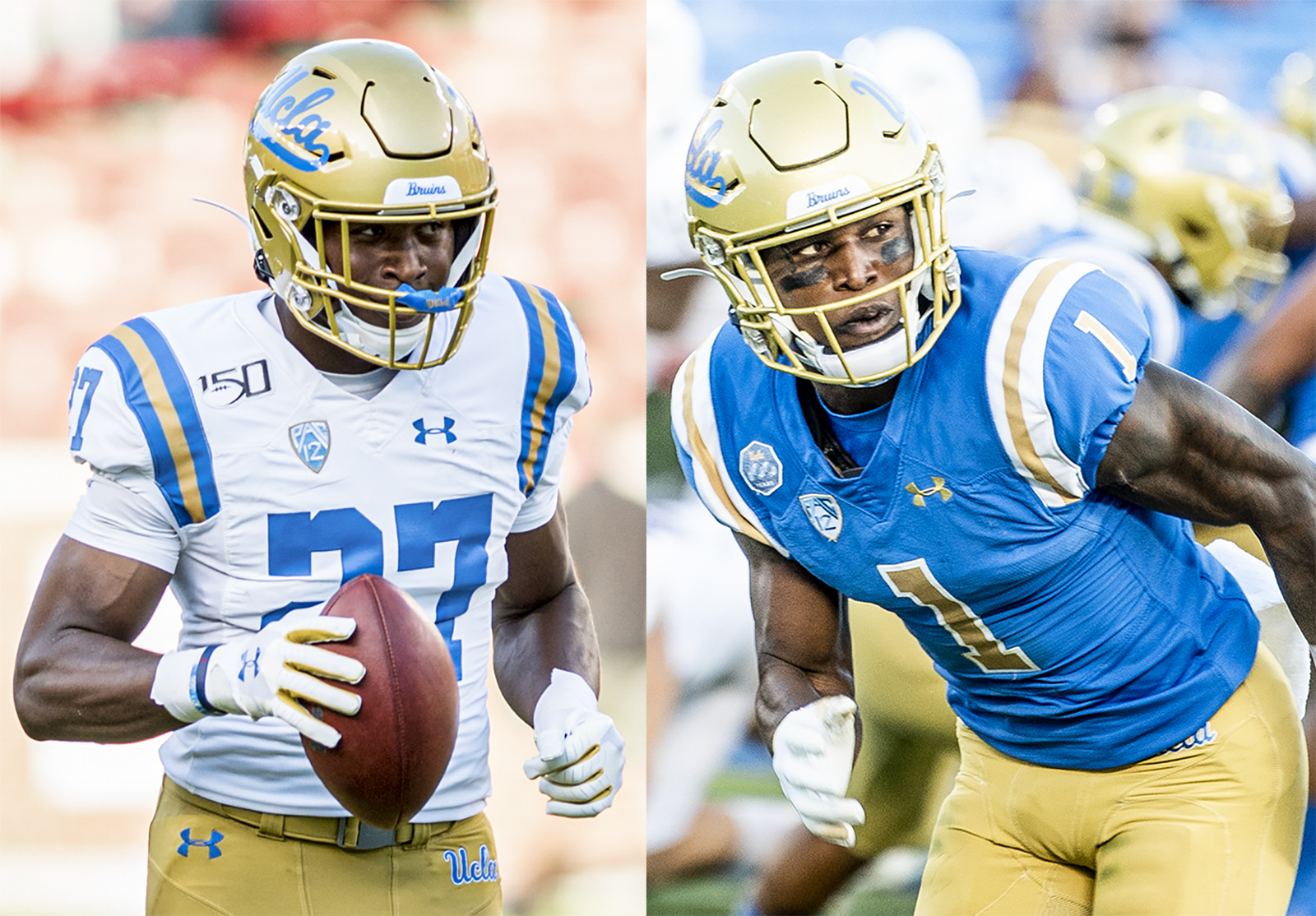