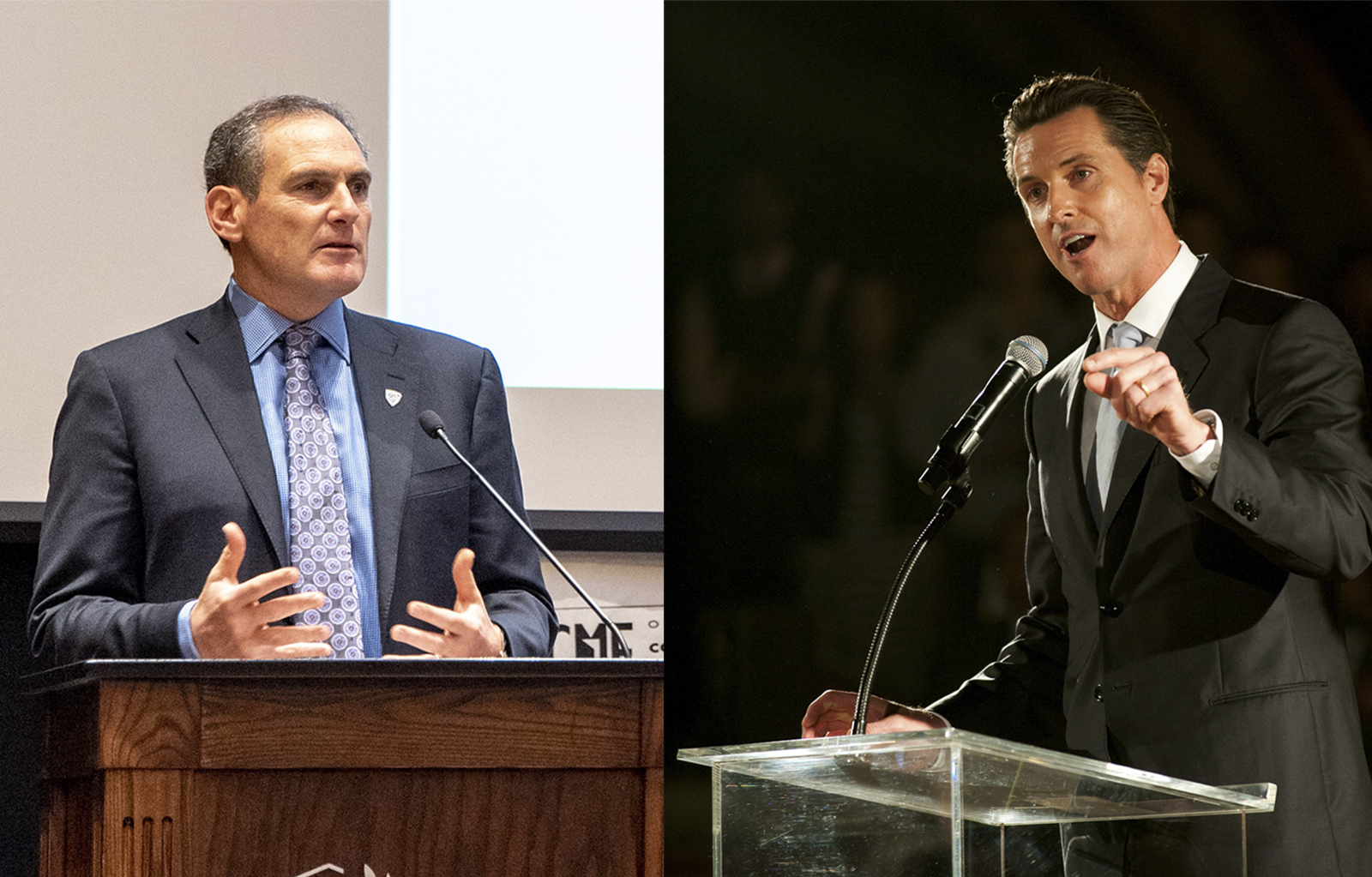 Pac-12 commissioner Larry Scott (left) and California Gov. Gavin Newsom (right) have gone back and forth on the possibility of Pac-12 football returning in the near future, with both men laying the responsibility on the other. (Daily Bruin file photos)

The Pac-12 could announce a return to play in the coming weeks, but not without sorting things out with state governments first – at least, according to Pac-12 commissioner Larry Scott.

Since the Pac-12 came to an agreement with health care company Quidel to provide daily COVID-19 testing for student-athletes Sept. 3, Scott has left the door open for a return to play in 2020. The Big Ten, despite not securing daily testing protocols until Wednesday morning, announced it would start its football season Oct. 23.

The Pac-12 and Big Ten had both previously decided to delay all athletic competition until Jan. 1 back in August.

Scott released a statement in response to the Big Ten’s return Wednesday morning, claiming there were still a few speed bumps left before the Pac-12 could consider following suit.

“At this time, our universities in California and Oregon do not have approval from state or local public health officials to start contact practice,” Scott said in the written statement. “We are hopeful that our new daily testing capability can help satisfy public health official approvals in California and Oregon to begin contact practice and competition.”

Scott also said the conference is closely monitoring the wildfires spreading across the Pacific coast.

But while Scott and others have placed the blame for the lack of a concrete return on state and local governments, Newsom had other thoughts.

Newsom spoke about the return of college sports in a live-streamed press conference Wednesday, and he said teams are allowed to play games in California right now.

“I want to make this crystal clear: Nothing in the state guidelines deny the ability for the Pac-12 to resume, quite the contrary,” Newsom said. “That has been a misrepresentation of the facts.”

Newsom also said he spoke to Scott earlier Wednesday about the state’s role in restricting the Pac-12’s return to play and holding up health and safety guidelines. One of those guidelines, which Newsom said makes football practices more difficult than basketball practices, is that California does not currently allow gatherings of more than six to 12 athletes in one place.

There are upwards of 100 players on UCLA football’s roster, with a minimum of 22 players required on the field at once for any given play.

Those guidelines may be changing soon, according to a report from The Mercury News’ Jon Wilner and a statement put out by the Pac-12 Wednesday afternoon.

Wilner reported California will be fast-tracking a revision to its 12-person maximum cohort policy, and Scott said schools will now reach out to local officials for final approval to practice in the Pac-12’s statement.

Statement from Pac-12 Commissioner Larry Scott on positive developments from governors of California and Oregon: pic.twitter.com/bZVuGT6vuW

As it currently stands, the Pac-12 is the only Power Five conference not competing this fall. 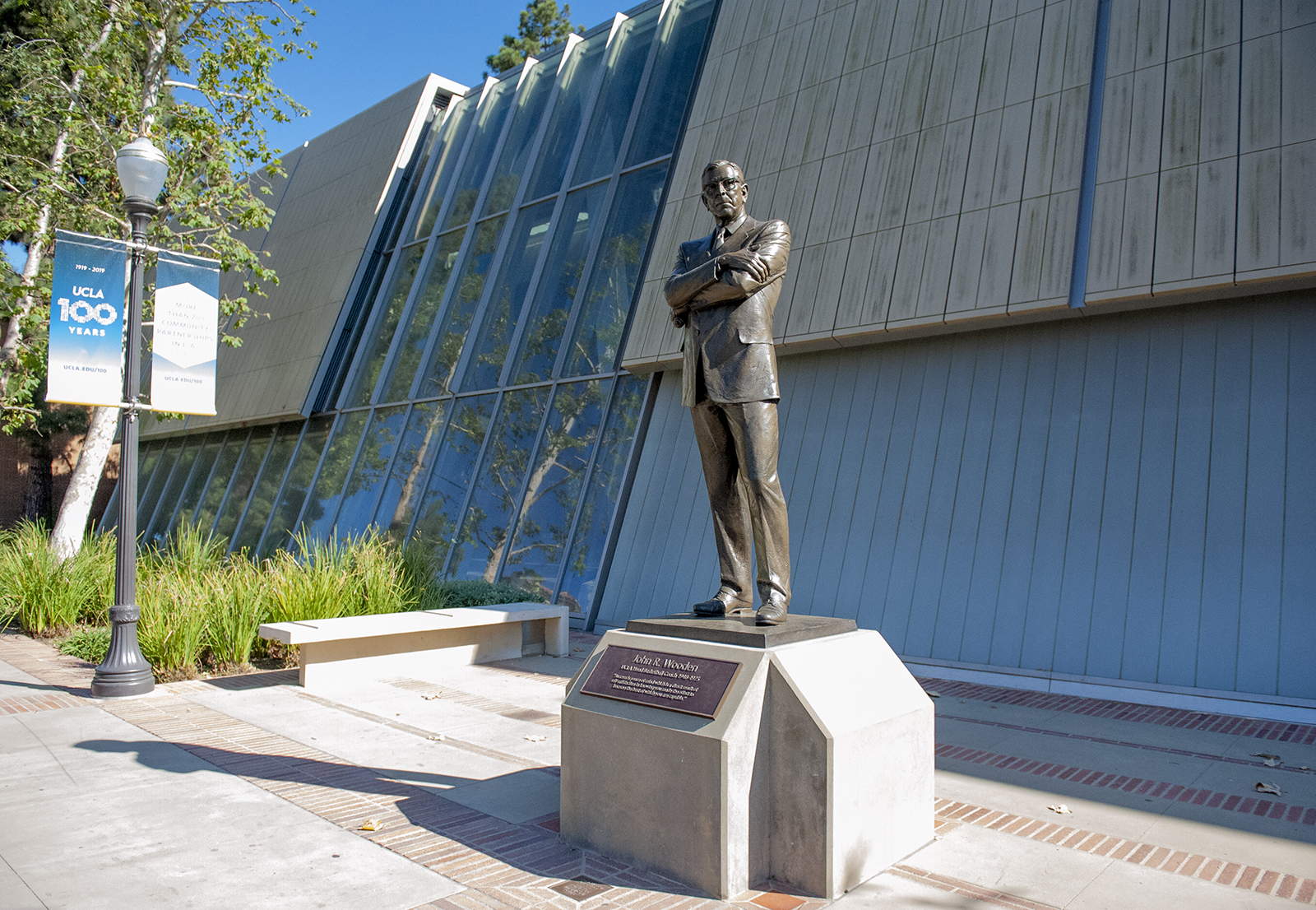 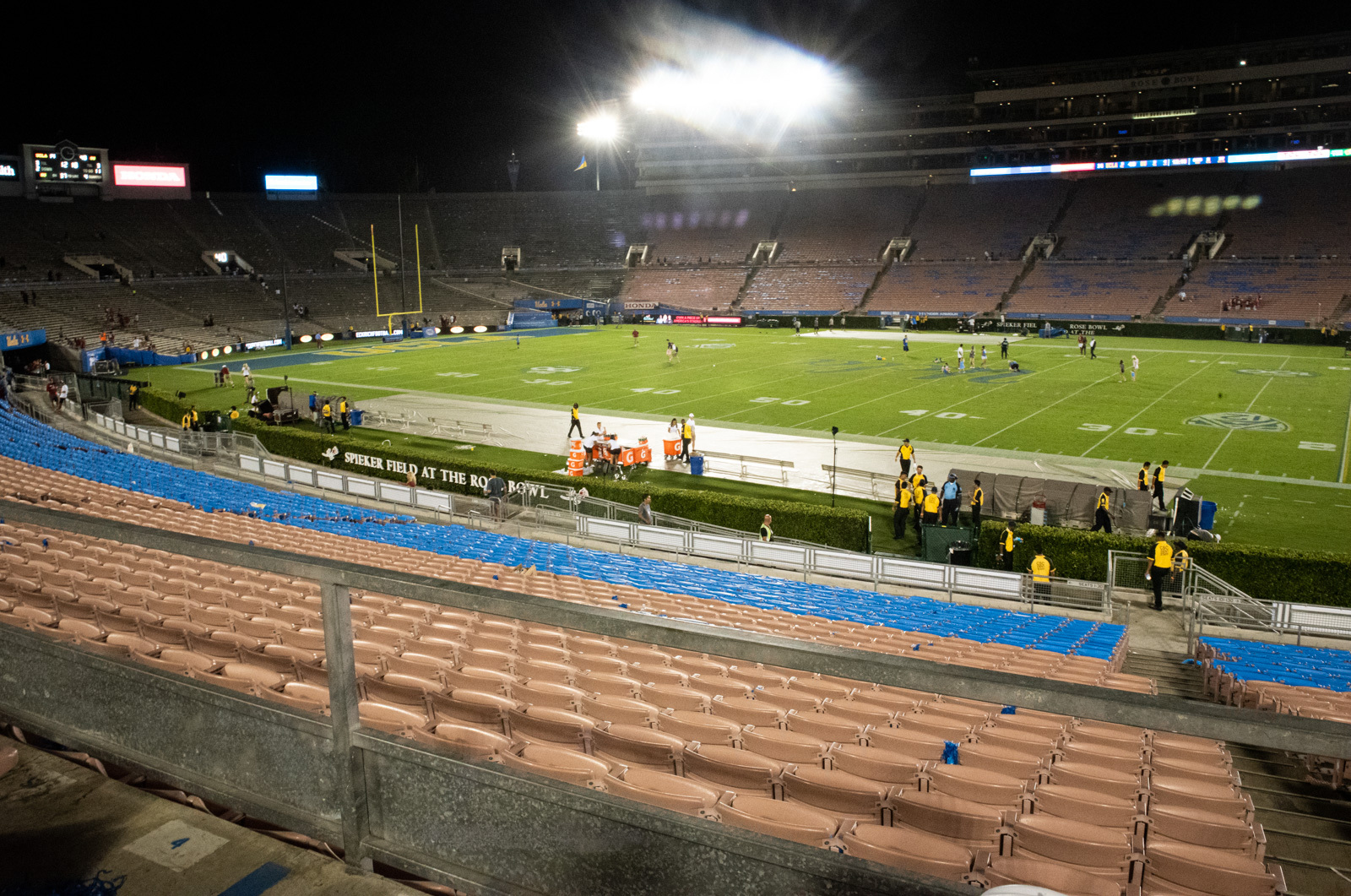 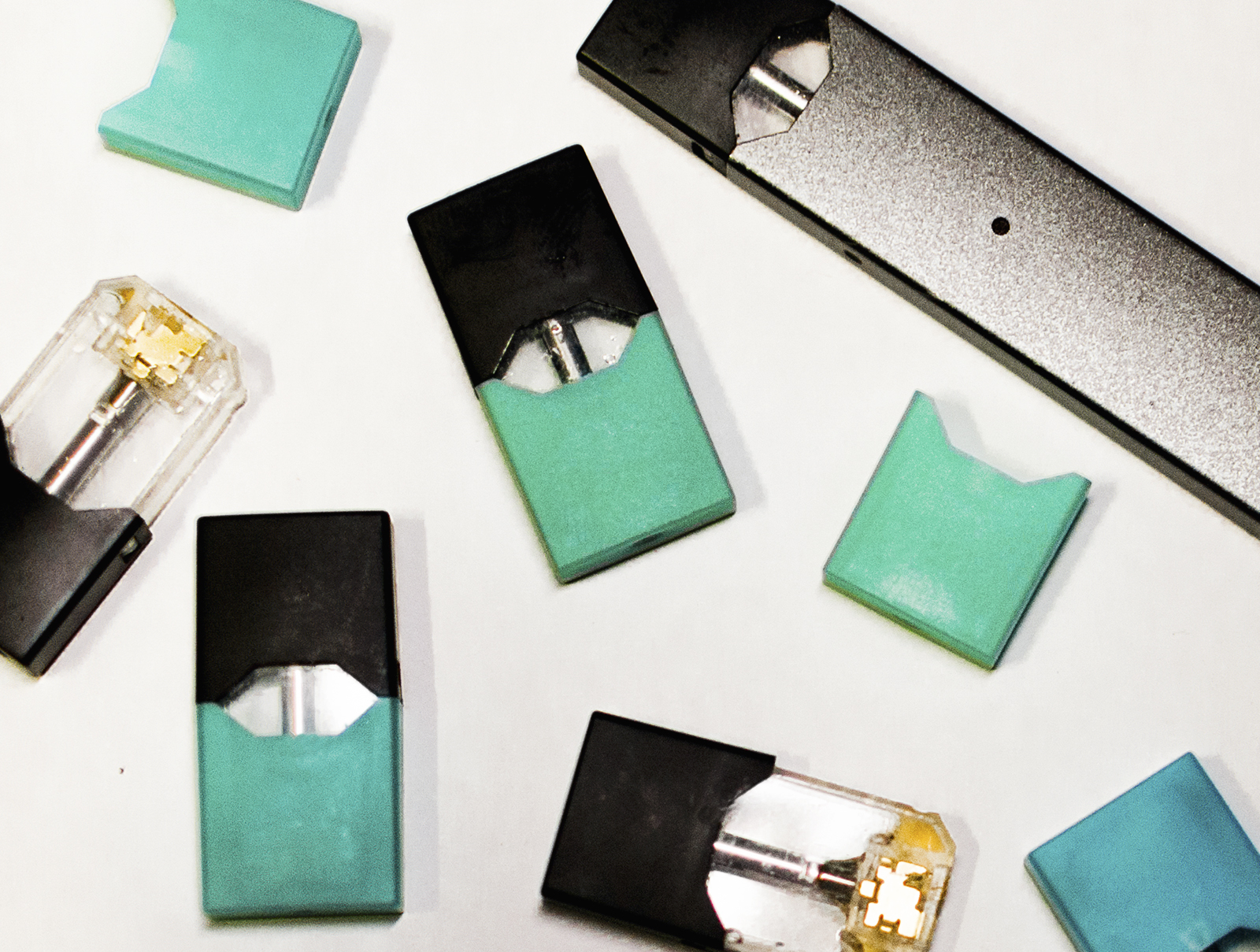 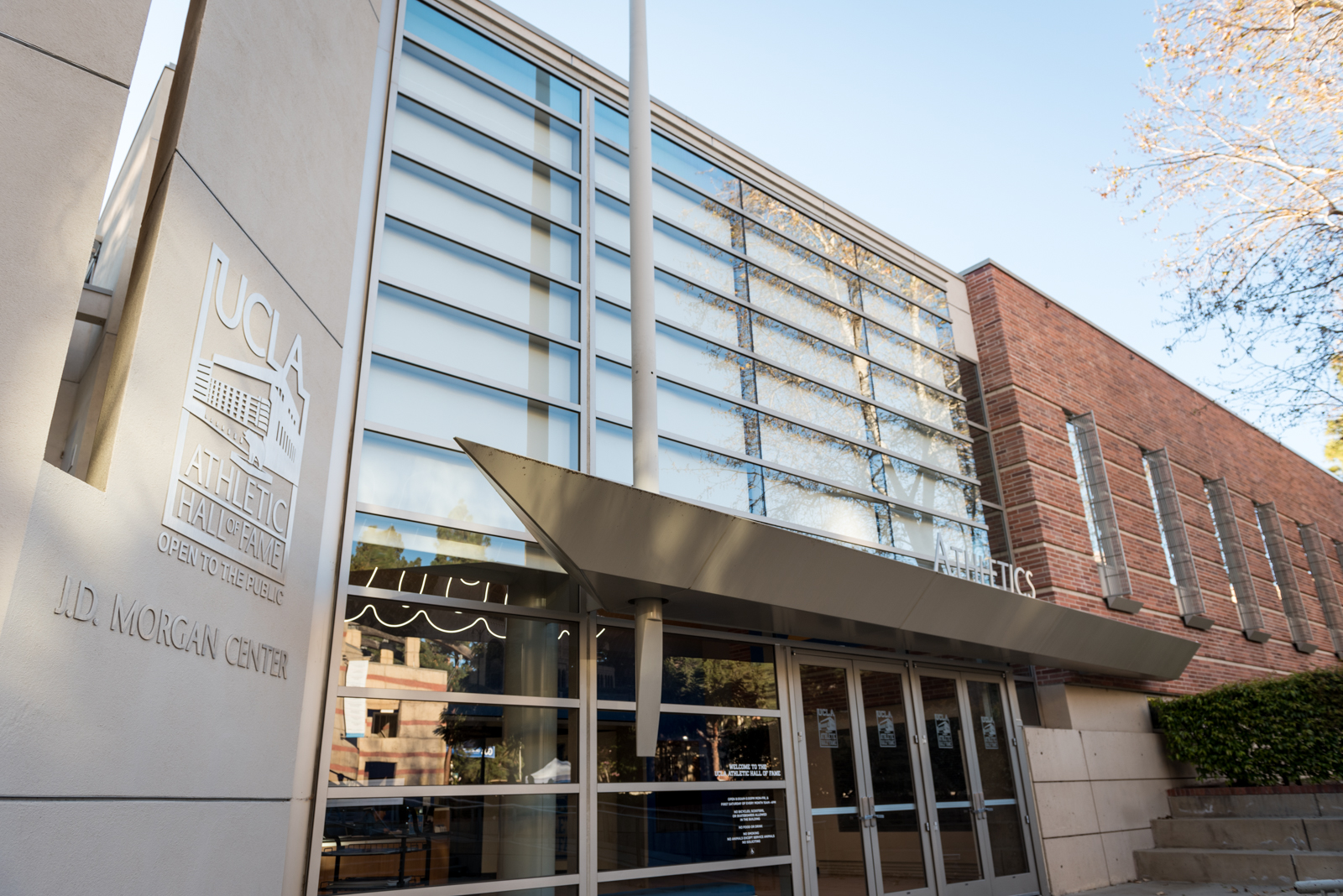