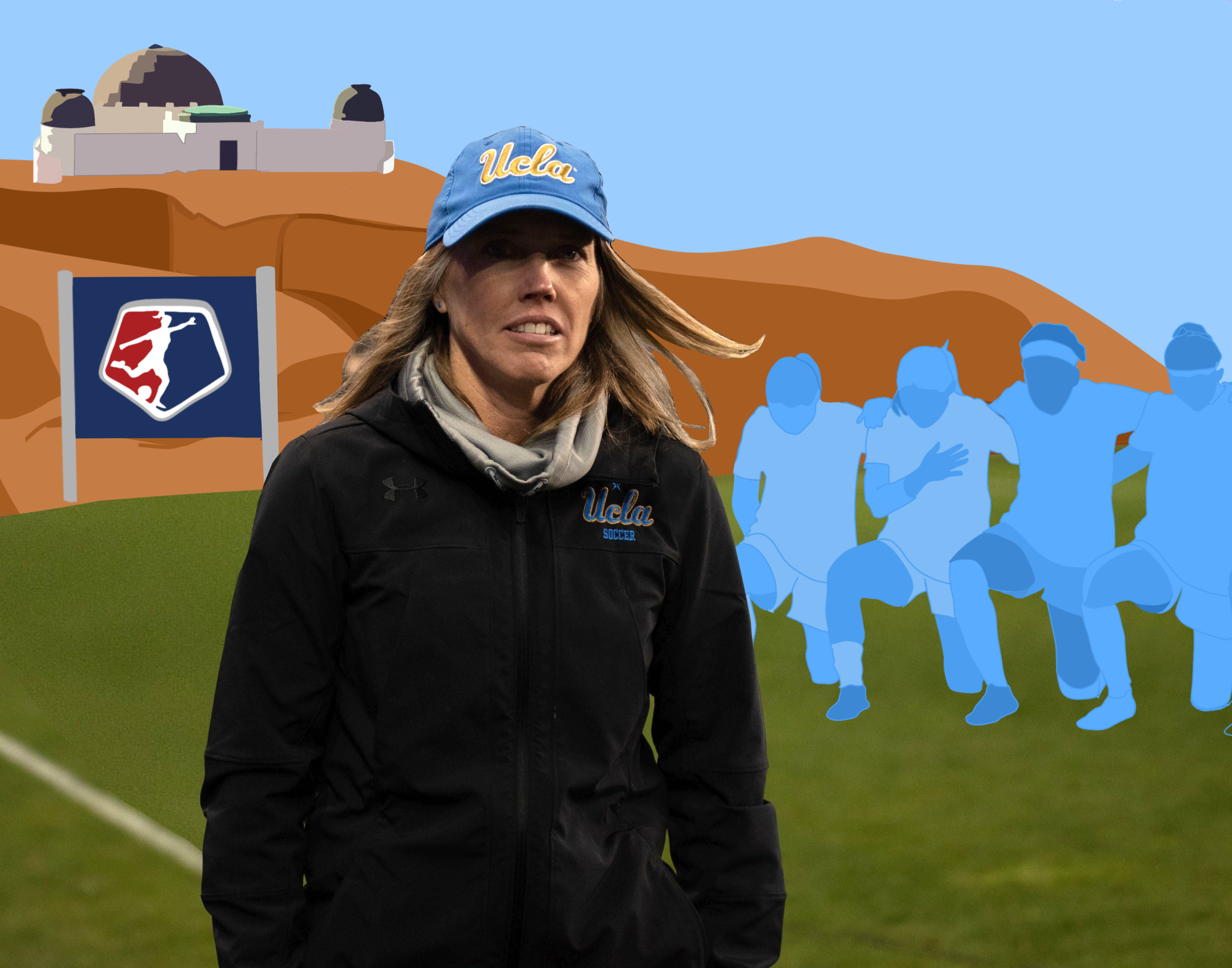 UCLA women’s soccer has long been an advocate for social justice – from players kneeling for the national anthem in 2017 to leading the Women’s March Los Angeles in 2019.

This culture of activism has blossomed under coach Amanda Cromwell, who has recently taken a step of her own to advance the state of professional women’s soccer in the U.S. by becoming a part-owner of a new National Women’s Soccer League team.

“(Buying into the team is) just about supporting women in sports and hopefully just growing the fanbase, being active on social media about it and consulting when it makes sense for our expertise,” Cromwell said. “I have a lot of knowledge on the players coming up and the players in the league and just the ins and outs of the tactical on-the-field stuff.”

The club also publicized its support of the Play Equity Fund, which offers grants to sports programs in underserved communities to provide better playing environments to children throughout Southern California.

Angel City has yet to announce its stadium, coach or other logistical details. However, rising senior defender Karina Rodriguez said she is confident the team will draw large crowds because of the strong soccer culture in LA, her hometown.

Rodriguez pointed specifically to the UCLA-USC women’s soccer contest from 2017, which set an NCAA Division I regular-season attendance record with 11,925 fans in attendance at Drake Stadium, as evidence of the city’s support for women’s soccer.

“Having a team here – we’ve always said how successful it could be,” Rodriguez said. “To see (an NWSL) team come to our hometown, it gives us hope that this could be our job, this could be our future, we can continue to do what we love on the professional stage.”

Cromwell said one of the NWSL’s primary focuses right now is expanding television contracts that allow games to be broadcast on regular cable programming instead of restricting access through online subscriptions.

The NWSL’s Challenge Cup in June and July was the first professional team sporting event played in the U.S. following cancellations because of the COVID-19 pandemic – yet it was still streamed primarily on CBS All Access with two games being broadcast on over-the-air CBS.

One of those two matches was the final, which averaged 653,000 viewers – making it the most-watched match in NWSL history and marking a 293% viewership increase from last year’s final.

“Women’s soccer being the first team sport in our country to get back into action was pretty cool, and the fact that we could watch and really support it and follow it and dive into it – I hope there are new fans because of that,” Cromwell said. “We just have to keep building that base and getting it on TV and getting sponsors to support the league.”

Former UCLA defender Kaiya McCullough competed in the Challenge Cup as a member of the Washington Spirit and said she saw first hand the difference sponsors can make for the league by making tangible financial and marketing contributions.

She said she was particularly excited to see the ownership group of Angel City taking real action on behalf of female soccer players beyond just voicing support for the league on Twitter.

“Everybody can say they support women’s sports, or support equality, or support women’s rights – but the people who are investing in this new LA team are really leading the charge and putting their money where their mouth is, which is very important these days,” McCullough said.

McCullough became one of the most vocal athletes on campus during her time in Westwood, starting the campaign to kneel for the national anthem and regularly expressing her political views both on social media and as a panelist at various events.

[Related: Senior signoffs: Kaiya McCullough reflects on how UCLA strengthened her voice as a Black student-athlete]

The four-year starter said Cromwell was the first person she spoke with when she wanted to start kneeling because she knew her coach would understand where she was coming from and support her actions.

“I always knew (Cromwell) really meant what she said when she’s an ally for these sorts of things,” McCullough said. “There’s no better person to lead the charge for equality for women in sports just because she’s lived through so many experiences, and has experience with the national team and coaches a top Division I program and is in charge of literally changing women’s lives.”