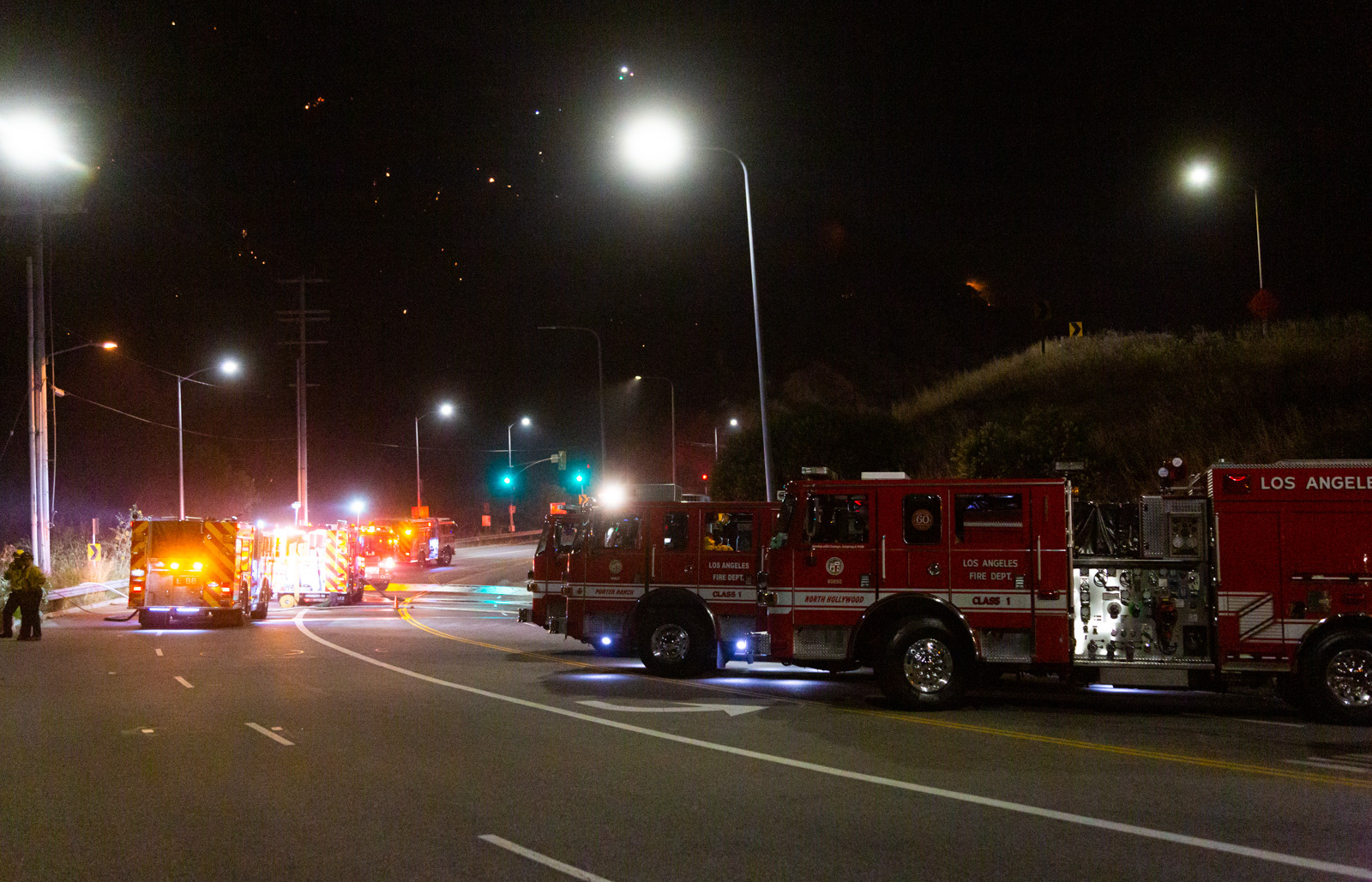 This post was updated June 10 at 9:24 a.m. to reflect updates from the Los Angeles Fire Department.

A fire broke out near Getty Center Drive on Wednesday at about midnight on the east side of the 405 Freeway.

Michael Beck, UCLA administrative vice chancellor, said there is no threat to the UCLA campus at this time. He added that UCPD is in direct contact with LAFD at the department’s command post.

Here’s what I’m seeing on the 405 N near the Getty Center entrance pic.twitter.com/eoxVe4wUbL

In 2019, a fire broke out west of the 405 Freeway near the Getty Center, around 2 miles away from the UCLA campus, and reached at least 745 acres.

Two firefighters received treatment for nonlife-threatening injuries and were released on the scene.

The fire is under active investigation by the LAFD.

All forward progress of the fire has been stopped. The fire has not destroyed any structures and the fire is estimated to have burned nearly 50 acres. However, the fire is not currently fully contained.

Sepulveda Boulevard will most likely be closed in the area near the blaze, as well as the northbound Getty Center Drive off-ramp.

All forward progress of the fire has been stopped and the fire has not destroyed any structures and has been contained to around 35 acres. However, the fire is not currently fully contained.

Nearly 200 LAFD personnel are responding to the fire.

LAFD also sent four helicopters to respond to the fire.

There is currently minimal wind, with hot and dry weather conditions.

The 405 Freeway will remain open, however, the California Highway Patrol will close the northbound Getty Center Drive off-ramp.

There are around 30 acres burned. There have been no injuries or any threat to surrounding structures. Currently, LAFD has not issued an evacuation order, however, LAFD said the fire could grow to more than 40 acres.

Nearly 175 LAFD personnel are currently assigned to the fire.

The LA County Fire Department also currently has helicopters stationed over the fire.

The fire has burned around 30 acres and no structures have been threatened.