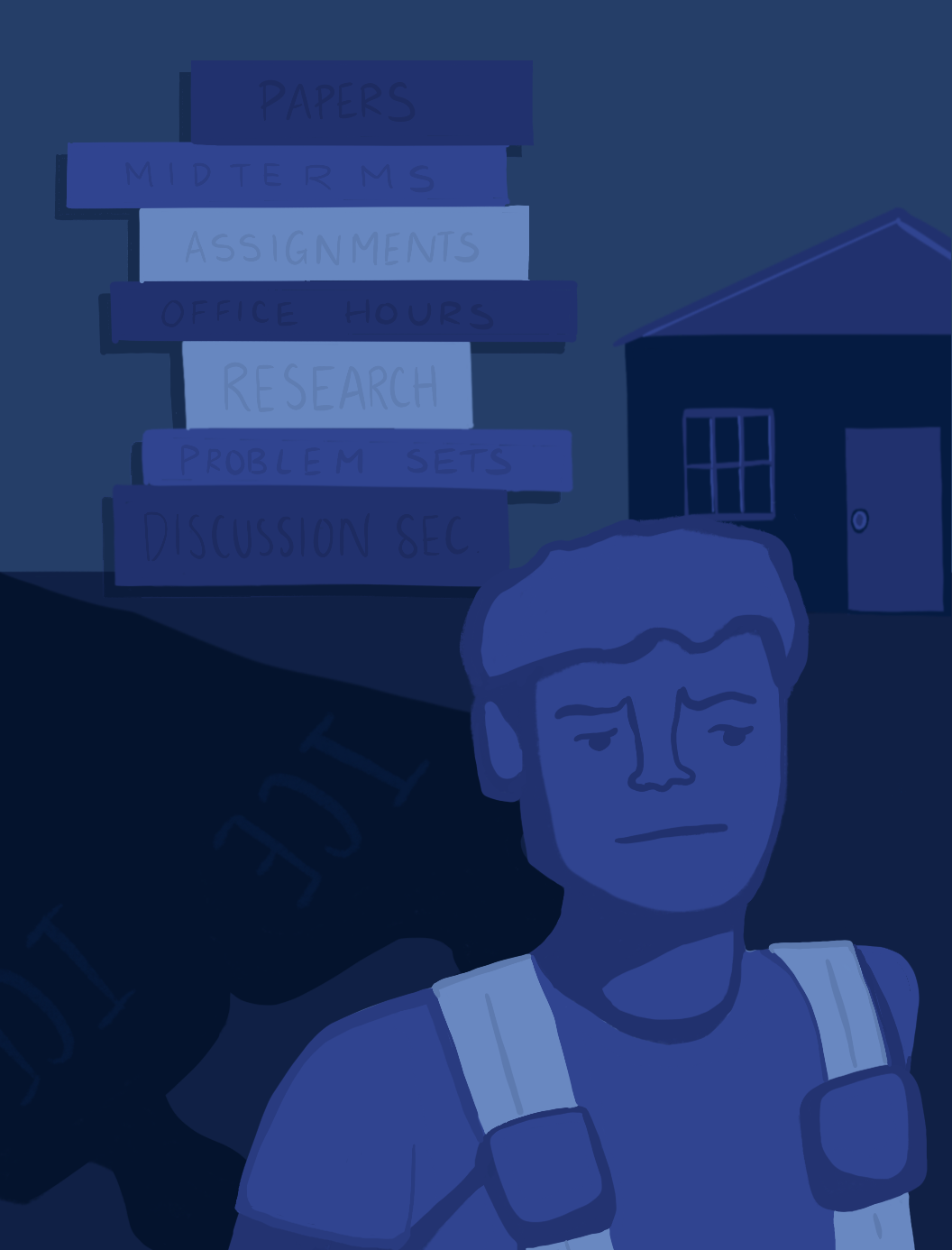 Many factors pose barriers between college students and their education – social life, financial status and health issues, just to name a few.

But for the 600 to 700 undocumented students at UCLA, there is another worry they must add to this list – their futures in the United States.

Deferred Action for Childhood Arrivals, or DACA, is an executive order established by former President Barack Obama in 2012. It defers any prosecutorial action against immigrants who came to the United States as children and meet a set of requirements, such as continuous residence in the United States and lack of any felony or serious misdemeanor convictions. Individuals who qualify for DACA protection can also receive authorization to work in the United States.

Though DACA fails to address all of the challenges undocumented college students face in the U.S., it certainly helps alleviate the pressure of deportation from a country that many undocumented students have come to call home.

In 2017, the Trump administration announced plans to terminate DACA. The Supreme Court stepped in to determine the constitutionality of this action after several lawsuit challenges were brought against the termination, including one from the UC Board of Regents. A decision from the court is expected in June – but with a conservative majority in the court, DACA protections may very well be under threat.

Regardless of the court’s ruling, all students admitted to the University of California should be given the same opportunity to focus on their studies, regardless of their immigration status. If the UC Regents are truly committed to providing an equitable education to undocumented students, they must bolster resources for these students by naming each of the UCs as sanctuary campuses. This gives the 10 universities the power to adopt policies that provide better on-campus resources and safe spaces for their undocumented students.

Because at the moment, the UCs aren’t doing enough.

Undocumented students must grapple with daily worries over their and their families’ immigration status. Rampant discrimination and anti-immigrant sentiment exacerbates these feelings of instability.

“There have been many hate threats and crimes against immigrants in the United States, particularly immigrants of color,” said Ernesto Arciniega, a PhD student in Hispanic literatures and founder of the Hispanic Latinx Graduate Students Association.

With all of these concerns weighing on student’s minds, legislative threats from the Trump administration only add to the uncertainty.

For one, without the protections afforded by the executive order, undocumented students could face deportation in the near future.

Financial status also puts undocumented students in an alarmingly precarious position. In addition to the threat of deportation, the removal of DACA protections will mean they no longer have authorization to work in the United States.

“At the end of the day, when you’re undocumented, I don’t think you’re a student first above anything because you have that worry that you’re not going to be able to finish your education anyway,” Avalos said.

The instability that comes along with being undocumented only adds to the stress of higher education and undoubtedly affects students’ academic performance. It is the UC’s responsibility to help ease this stress and provide a quality education to all of its students, regardless of their immigration status.

As significant contributors to their respective campus communities, undocumented students deserve the most basic protection measures from administrative officials.

“I think that will be a terrible decision, a bad decision from the Supreme Court, and especially for a community of students who are contributing so much to their campuses, to the UC system, to the state of California, to the world,” Arciniega said.

Given, the UC does afford some protections for undocumented students.

The University’s Office of Campus Counsel has also developed a reference guide to help students respond to federal immigration officers on campus.

“This guide is designed to help frontline faculty and staff in the event that an immigration official seeks to enter a campus limited-access space, such as a classroom or department office, for enforcement purposes,” said senior executive director of UCLA media relations Tod Tamberg in an emailed statement.

But, none of these measures come close to providing students the support they need and deserve. Even the resources that UCLA does offer could be more accessible than they currently are. For example, Avalos said that putting the phone numbers UCLA has available to report ICE or DHS officers on the back of ID cards would improve awareness of these resources.

As the Supreme Court’s decision over DACA’s fate looms nearer, the University of California must officially declare its campuses as sanctuary campuses in order to systematically strengthen protection for undocumented students.

Because at the end of the day, not all undocumented students enjoy the protections of DACA.

The President of the UC’s website states that the University of California sets a gold standard for its students that must be upheld.

But as long as undocumented students must worry about their immigration status before their academics, the UC is neglecting this proclaimed gold standard of education. 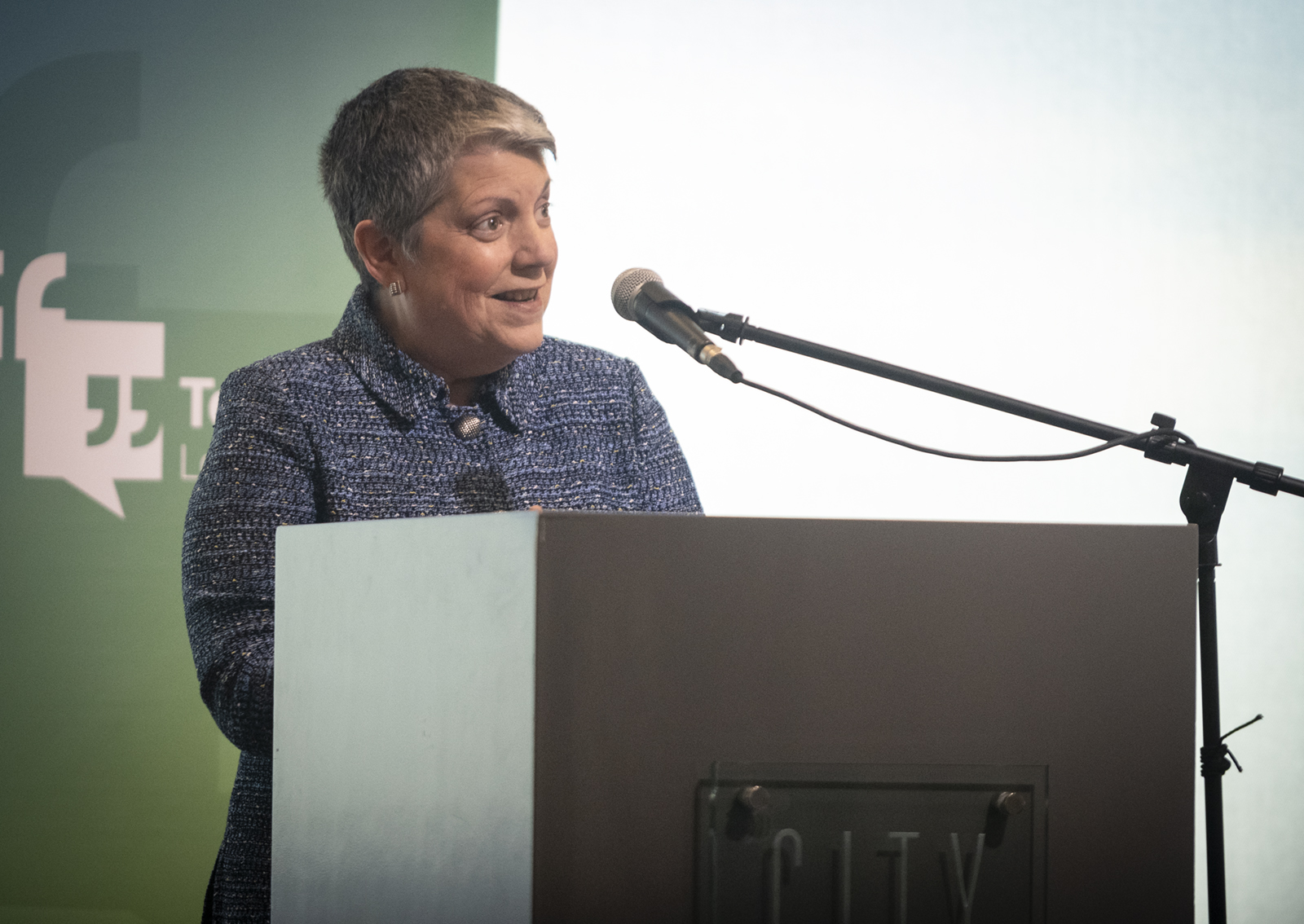 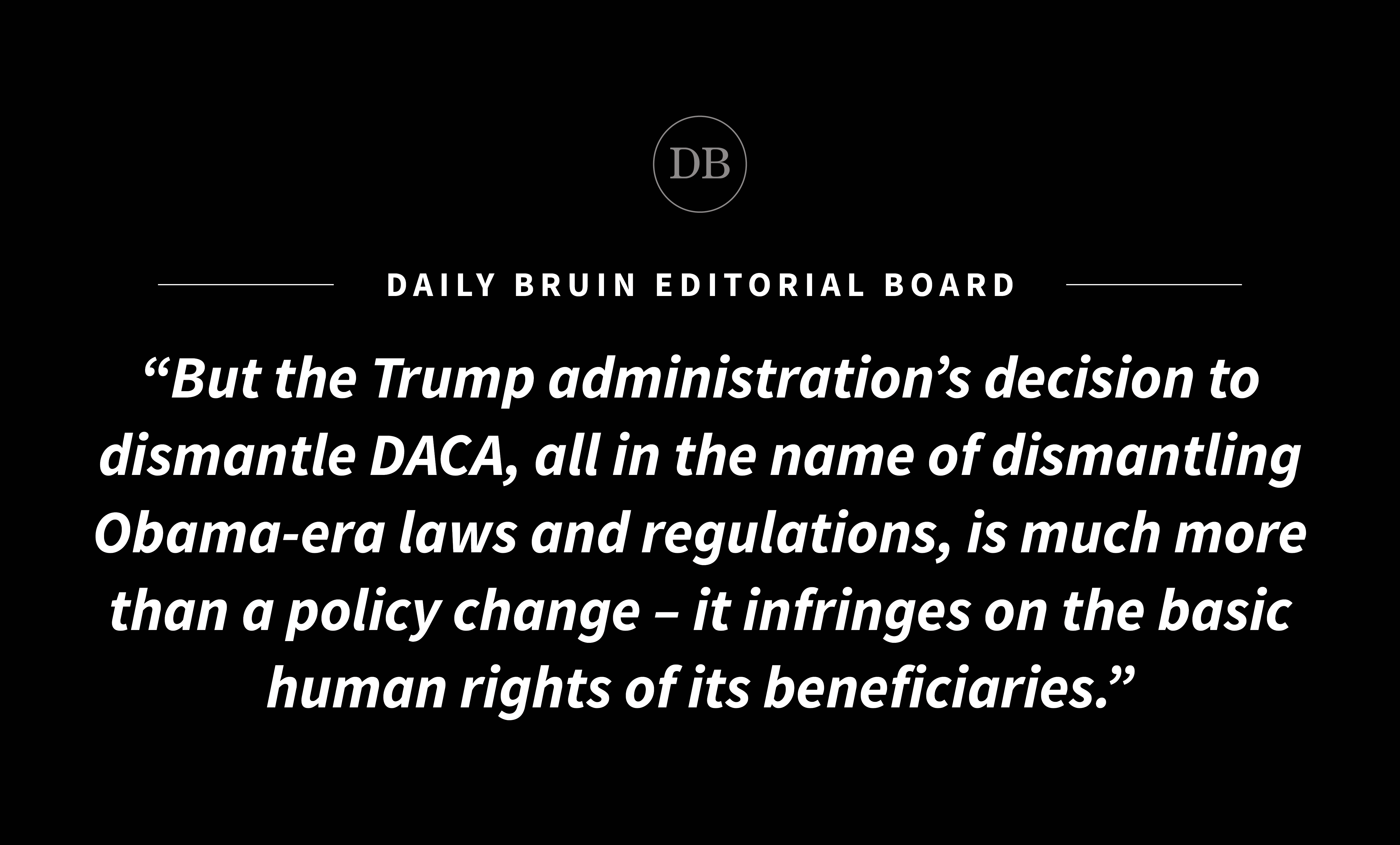