The Quad: How the Supreme Court ‘faithless electors’ case could affect future US elections 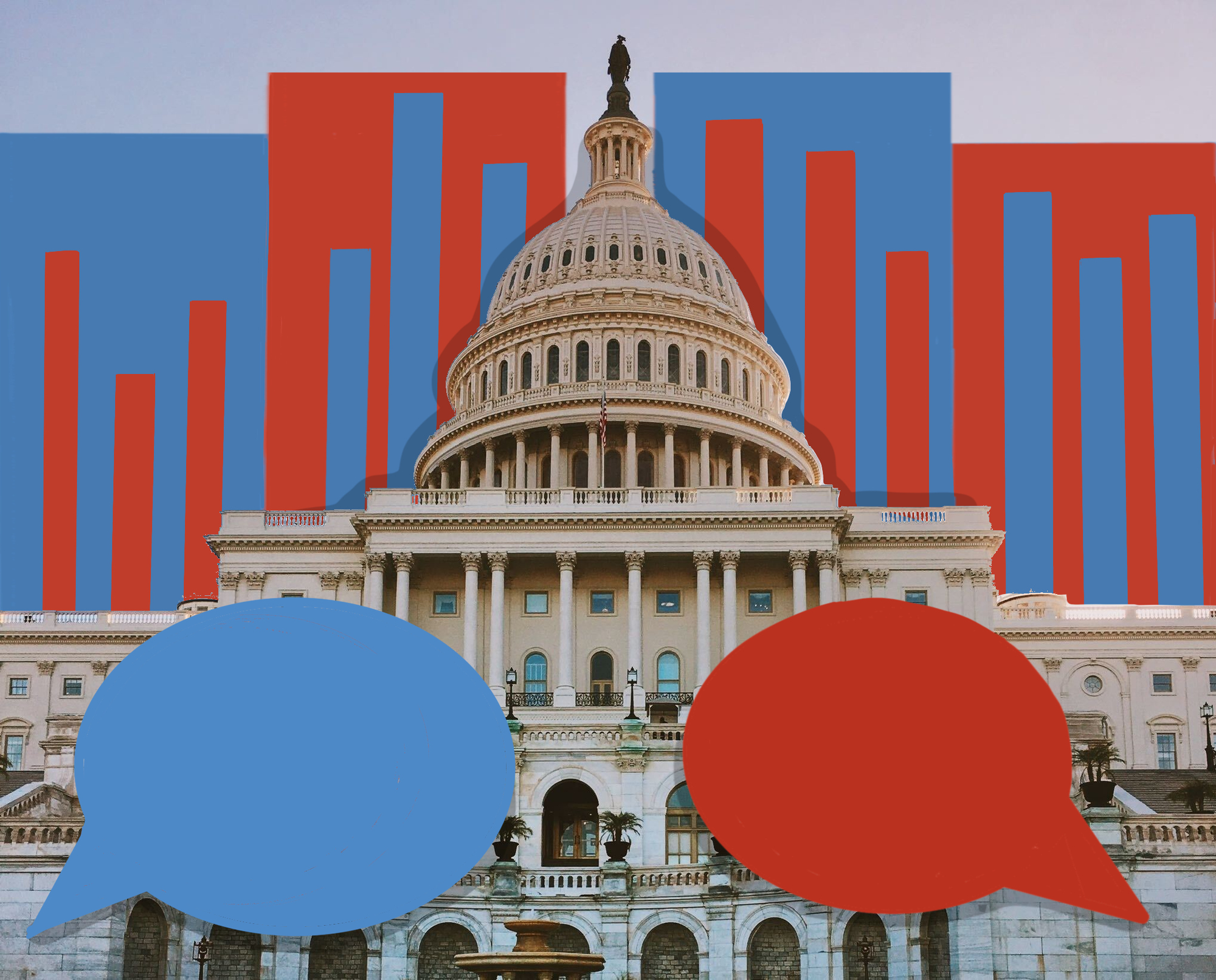 On May 13, the Supreme Court heard the final arguments in a case to determine whether states can take punitive action against “faithless” electors. (Photo by Alex Driscoll/Daily Bruin, Photo illustration by Emily Dembinski/Daily Bruin)

Pandemic-related stories are constantly dominating today’s news feed. Because of this, one may have missed the recent unfolding of a series of events in Washington D.C. that could change the future of elections in the United States.

On May 13, the Supreme Court heard the final arguments in a case to determine whether states can take punitive action against “faithless” electors, or electors who choose not to vote for the candidate that won their state’s popular vote in a presidential election.

When the Supreme Court makes its decision, it will impact the role of electors and clarify one of the many anomalies found within the U.S. electoral system; thus, it is worth taking a look at the different opinions on the issue and each of their respective implications.

To begin, the cases presented before the Supreme Court, Chiafalo v. Washington and Colorado Department of State v. Baca, involve electors from Washington state and Colorado who were fined or replaced for not voting according to their state’s popular vote in the 2016 presidential election. These faithless electors claim that states do not possess the power to take such punitive actions, while others claim that the 10th Amendment specifically reserves such powers for the state.

But before we dive into specific arguments about the power of states and electors, it may be helpful to brush up on the Electoral College itself, as well as its current operation and recent controversies.

The Electoral College, or the body that formally elects the president following the general election, is established by Article II, Section 1 of the U.S. Constitution. Because of this part of the Constitution, when citizens cast their ballots in November, they are actually deciding which electors will vote on their behalf on Jan. 6. Electors are often appointed by each candidates’ political party; however, the specifics of this process vary by state.

Under the Constitution, electors are granted the ability to award their state’s electoral votes to a candidate other than the winner of the state’s popular vote. While this may seem undemocratic by today’s standards, in 1787, many of the Founding Fathers believed that this measure was necessary to prevent unqualified or potentially dangerous candidates from swaying the opinion of uneducated voters and taking office.

[Related: The Quad: Voting rights have expanded in the past 100 years, but barriers still exist]

Today, 32 states, including California, require electors to vote for the candidate selected by their state’s popular vote. Since the U.S. Constitution does not explicitly prohibit states from creating such requirements, the 10th Amendment generally leaves specific decisions about electors to the individual state governments.

However, even though these requirements exist in state laws, 17 of these states have no measures in place to penalize or to prevent electors from breaking these requirements and casting their vote for a candidate that did not win their state’s popular vote.

California is one of these states whose bark is often bigger than its bite. For example, the “faithless” vote in the aforementioned state will not be counted and the elector will be replaced, but there are no additional punishments to dissuade electors from “going rogue.”

Although the chances that faithless electors alter the outcome of a presidential election are slim, many citizens nonetheless fear the potential consequences of allowing such free agents.

During the May 13 Supreme Court hearing, Justice Clarence Thomas raised the possibility that electors in some states could vote for fictional characters, such as Frodo Baggins, without repercussions. Though comical, the implications of this argument are much more noteworthy.

Additionally, others in the hearing expressed concerns over outside influences that could impact electors.

Justice Samuel Alito expressed his fear that the losing political party could try to influence electors after the November election, resulting in months of uncertainty and raising questions about the legitimacy of a president elected by appointed party members rather than the American people.

Some proponents of unpledged electors, or electors that can diverge from their state’s popular vote, claim that electors have a responsibility to prevent dangerous leaders from rising to power, even when their state votes for them. Lawrence Lessig, the lawyer representing the faithless electors in the Supreme Court case, argued in the hearing that electors have a moral and political obligation to use their own discretion when deciding how to vote.

“There’s a concern that if the court rules that states do have this power to compel electors, that perhaps a state legislature could manipulate the results of an election by changing the rules and forcing an outcome different from the popular vote,” Peris said. “This seems pretty unlikely even if it’s theoretically possible.”

This existing freedom for electors has faced greater scrutiny after the 2016 presidential election, in which 10 electors opted to cast votes inconsistent with their state’s popular vote. Although still a negligible amount in terms of the 538 total electors, many believe that faithless electors’ efforts to alter the outcome of the election may indicate their potential to undermine the democracy of the U.S.

However, Peris noted that this potential is still incredibly small.

“It seems highly unlikely that faithless electors will pose a threat to our elections,” Peris said. “Faithless electors are rare for a reason, and it seems impossible except in the closest of election outcomes that enough faithless electors would be able to agree to change the result. A faithless vote is more likely a way to make a statement than an attempt to sway the outcome.”

Although many, including Peris, contend that the ability of faithless electors to seriously disrupt elections is quite small, others believe this issue may lead to more chaos than it is credited for.

For example, Justice Brett Kavanaugh argued in the hearing that the judicial system should avoid endorsing any scenario, such as permitting faithless electors, that could lead to widespread disorder as a result of general uncertainty about the outcome of presidential elections. In other words, if electors are able to ignore their state’s popular vote without consequence, the results of the election as determined in November would be of questionable significance – especially if it were close.

In line with arguments such as this, many states are now attempting to address the danger that faithless electors could hypothetically pose to democratic elections. The question, however, is whether these state actions are constitutional.

In the event that the Supreme Court rules in favor of Washington state and Colorado, California could attempt to pass more punitive measures to discourage or to prevent their 55 electors from casting faithless votes. However, it may be important to note that California has never had a faithless elector in past presidential elections.

Additionally, the Supreme Court’s decision could influence the implementation of a National Popular Vote Interstate Compact, an attempt by some states to circumvent the Electoral College. According to the proposed bill, states in the compact would give their electoral votes to the candidate that won the nationwide popular vote, regardless of their state popular vote. California is among the 15 states that have already passed the bill; however, the bill requires 74 additional electoral votes before it can take effect.

Nevertheless, if the Supreme Court rules in favor of faithless electors, states in the National Popular Vote Interstate Compact would be unable to compel their electors to vote for the nationwide winner.

Regardless of the final ruling, expected sometime this summer, the Electoral College system that has puzzled college students and political pundits alike for the past 232 years will continue to govern presidential elections for the time being – even if it undergoes some modification.

Thus, in the midst of great uncertainty about the future of many other aspects of the lives of Americans, there is one college that is sure to be open: the Electoral College.