The Quad: How family dinners can provide a way to foster togetherness during quarantine 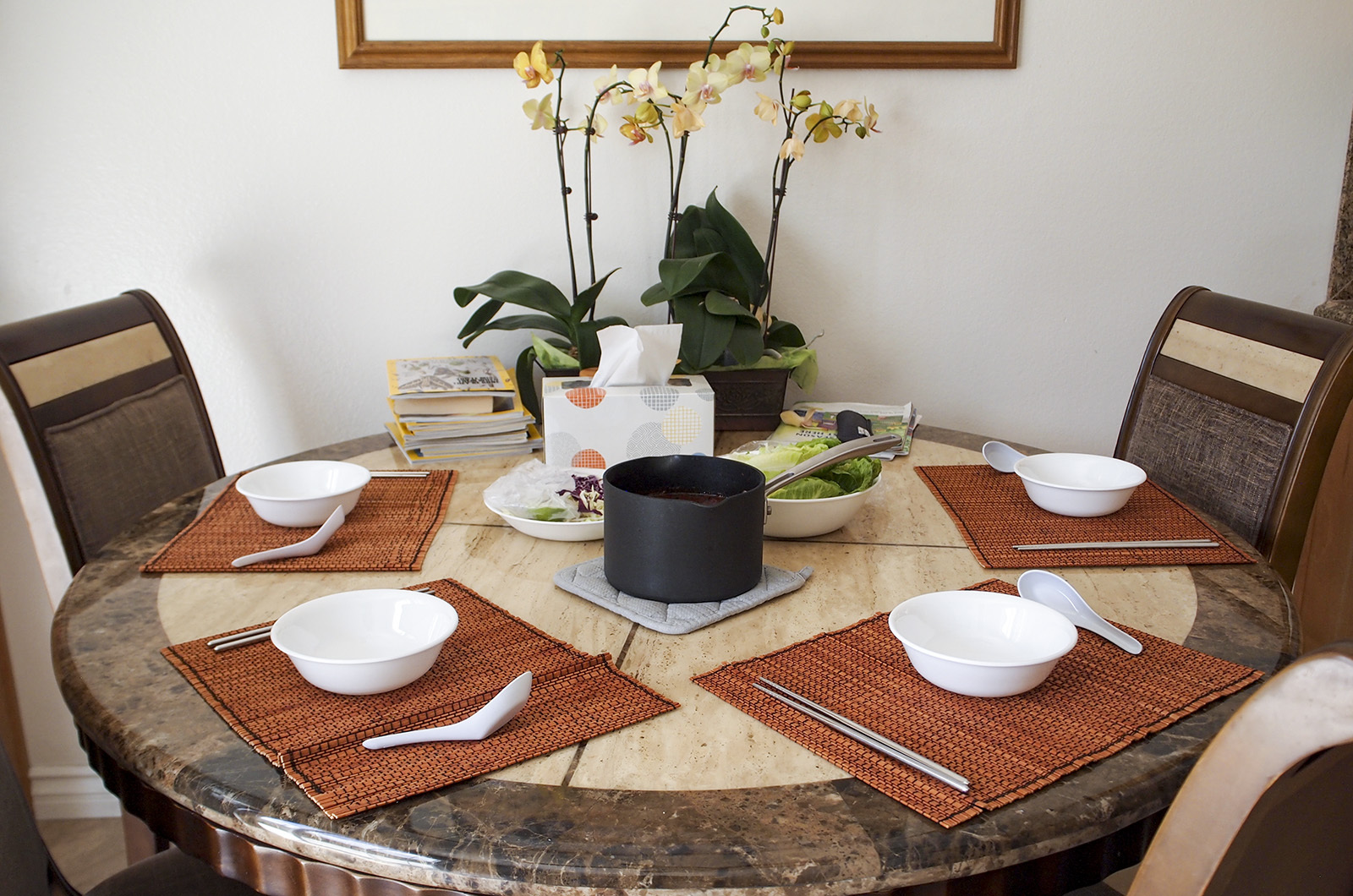 Family dinners can be a way to foster togetherness, which has become more important now that we remain isolated from others. (Aileen Nguyen/Daily Bruin senior staff)

If I had to pinpoint one of the most integral places in my life, it would be the dinner table.

Growing up, my dinner table was the place where I learned how to argue my ideas, how to use new vocabulary and how to practice good manners. It became the ultimate locus of storytelling and helped me realize that I loved to both narrate stories and to devour them.

However, our family dinners fundamentally changed in 2016 when my brother left for college. Even though the rest of us still ate as a family, the dynamic at the dinner table felt off.

Though it began with my brother’s departure, the dinner table was turned on its head once again by my own leaving for UCLA in 2018. While I could avoid dealing with dirty dishes on the Hill, the daily hustle and bustle also meant a lot of take-out and multitasking while eating. Group dinners became hard to coordinate and became more of a special occasion than a nightly ritual.

However, with the onset of COVID-19, a large portion of us have moved back home and have found ourselves in a place we did not think we would be in at this time of year. Suddenly, the possibility and popularity of the family dinner, as well as the benefits it brings and the connections we share as a result of it, have been revived.

Eating dinners with family can be a secure way to foster togetherness, which has become increasingly important as we remain largely isolated from those outside our homes.

This is the case for Sofia Cordoba, a first-year history student, who eats every meal with her family as they adhere to stay-at-home guidelines.

“At UCLA, what happened was that I was eating more of necessity, for nourishment, but I wasn’t sitting down and enjoying my meals,” Cordoba said. “Back home I am enjoying sitting down with my family and eating home-cooked meals, while also being able to spend quality time with them, which was not possible in college.”

While eating as a family can foster quality time, it can also be an excellent way to maintain physical and psychological wellbeing. According to a study by Columbia University, children who dine with their parents tend to eat healthier, perform better academically, have fewer problems with substance misuse and have closer relationships with their parents.

Not only can eating together produce health benefits, but it can also facilitate strong personal connections. A study in the Journal of Consumer Psychology found that eating similar foods at the same time as someone else can help establish feelings of trust and closeness, even between strangers. It might be evident, then, that the ability to sit down and enjoy food can bring us together.

One place we can see this sentiment in action is in our cultural traditions.

Many rituals and celebrations that occur all around the world revolve around food. When we celebrate Thanksgiving, Christmas, the Fourth of July, Hanukkah, Ramadan and more, we do so with food. In this way, we forge our communities and ritual connections when we sit down to eat a meal together.

Perhaps most relevant at the moment, however, is that food can also benefit us when nobody else is around. According to a study published in The Journal of Positive Psychology, researchers found that people who integrated small creative tasks into their everyday life, such as cooking and baking, were more enthusiastic going into the next day. This feeling of enthusiasm can be especially important at a time when, for many, the days seem to blend together.

Additionally, food can alleviate some of our feelings of loneliness as it connects us to those far away. For example, a quick peek at the abundant banana bread pictures on our social media feeds can easily demonstrate the appeal of this idea. Even among Daily Bruin staff, we’ve created a recipe-sharing Slack channel, helping many of us connect through homemade recipes when we can no longer do so during late-nights at the office.

Despite the second-nature act of sharing food with others, busy-culture has reduced the number of meals we eat together. According to a study done by the Emory Center for Myth and Ritual in American Life, less than 33% of American families eat together more than two times per week.

The Atlantic suggests this drop is not for lack of want, but rather it is an issue of time. With average commute lengths increasing and technology allowing people to bring their work home with them, many people feared that the act of sitting down for a meal was slowly becoming extinct.

However, those fears may now be able to stay just that – fears. In an unlikely reversal, of course, the coronavirus brushed off the dust from our dining tables, reunited loved ones and created a desire for distractions from the outside world that we aim to get from dinnertime discussions.

“During the morning we talk about the news and all of the disasters that are happening, almost as if to get it out of the way for the rest of the day,” Cordoba said. “At night, we avoid coronavirus and talk instead about what we all did during the day including my online classes, my brother’s music and my parent’s work.”

The effects of COVID-19, however, have also limited the types of discussions that occur at the dinner table.

Leah Carrere, a second-year biochemistry student, said the pandemic has altered the way she spends time with her family.

“It does feel different than eating dinners at UCLA or dinners before quarantine because there are very few ‘How was your day’ conversations, which I used to have with my roommates,” Carrere said. “We used to do that as a family as well, but since quarantined, we are like, well what is there to talk about, we all did the same thing every day, and we are all together when we did it.”

Nevertheless, to prevent boredom and monotony, our dinner tables have undergone some refashioning and modification to provide a space for innovation.

A new trend popularized by Tik Tok has led to families hosting themed dinners, simulating popular restaurants they can’t go to anymore or spicing things up with intricate cuisines – all without leaving their homes. Families have turned to the internet to showcase their dinners in which they dressed up as their favorite Friends character, dished a Hibachi-style dinner or even role-played as different members of the family.

It’s the same storytelling that has always existed around the table, but in a completely different fashion.

Even though family dinners will never be as time-efficient as grabbing fast food or getting take-out from The Study at Hedrick, they remain a way for people to feel connected to those around them, and have been crucial to many in a time of extremely reduced social interaction.

In a strange way, the unprecedented situation we are in now has led us to re-embrace the traditions we had previously left behind. And even if we do have to wash dishes after a home-cooked meal consumed with loved ones, at least we can do so while dressed as Carole Baskin.

The Quad: A quick quarantine ‘glow up’ may be both unachievable and unhealthy

The Quad: Looking into the royal family’s roles, public impact it has