Although the 2020 season is still up in the air, more freshmen recruits became Bruins last month.

After a fourth-place conference finish in the 2019 season, Sealy said his eight new additions include a few players ready to make an immediate impact, especially two players signed before this latest wave of recruits.

“With someone like (Ndiaye) and (Jacobs), you got kids that have played at a really high level and have a lot of international experience,” Sealy said.

Ndiaye – a 6-foot-2 freshman from Plano, Texas with dual citizenship shared between the United States and France – was ranked seventh in the nation as a recruit by PrepVolleyball.com, and was the MVP of the USA Volleyball Girls Junior National Championships in the summer of 2019.

With similar high-level competition in her background, the 5-foot-11 Jacobs won a gold medal in the FIVB Girls’ U18 World Championship as a member of the U.S. Girls Youth National Team, and PrepVolleyball.com ranked her as the 39th-best recruit in the country.

Sealy said Jacobs has an on-court presence reminiscent of senior outside hitter Savvy Simo, who was named an honorable mention on the AVCA All-American list last season and has since graduated from the program.

The 11th-year UCLA coach also said, however, that the loss of Simo’s leadership may take the combined presence of as many as five new players to replace.

“(Simo) holds such a strong presence, that maybe we don’t have somebody that’s going to fill it,” Sealy said.

Jacobs, Canady and McCall were all recruited at Simo’s position, outside hitter, and will join the Bruins’ other 2019 All-American, junior Mac May, at that position.

McCall was named an Honorable Mention All-American with the Horned Frogs in her freshman season, but missed action with a leg injury and played just 14 times this past year.

Recruited setters Lane and Pak also join a squad that finished second in the Pac-12 in assists last season, averaging 13.19 per set on the campaign.

Sealy said the positionally diverse class has only communicated with him and the rest of the coaching staff through Zoom calls because of social distancing restrictions in place in the wake of the coronavirus outbreak.

He also said the recruits shared an attitude that is valuable at the next level of volleyball.

“They all bring something different to the table,” Sealy said. “The biggest impact that they have is that they have pretty good professional mindsets – they’re coming for the right reasons.” 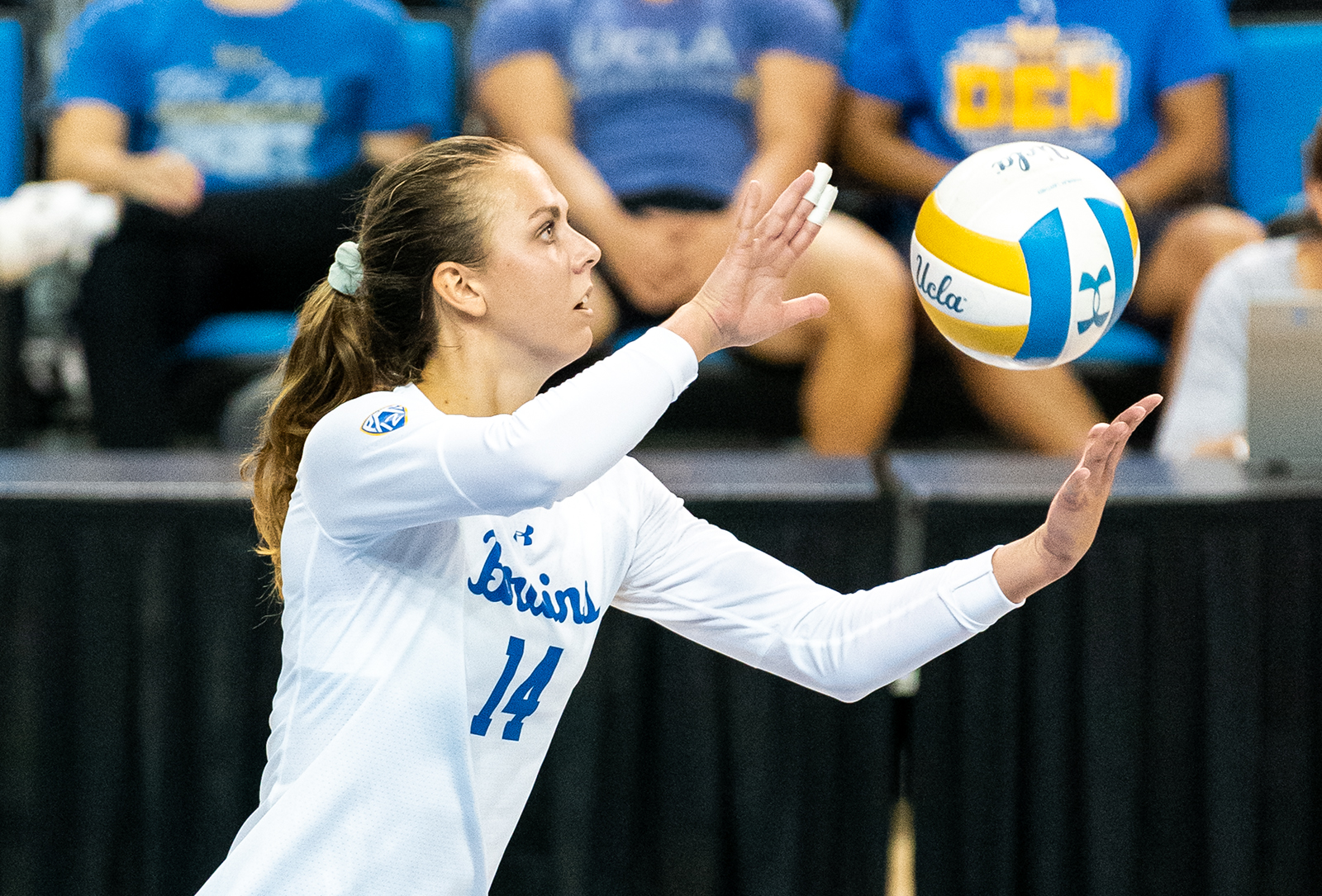 Women’s volleyball finds stability in trio of outside hitters