The history of referendums on USAC ballots, what students are paying 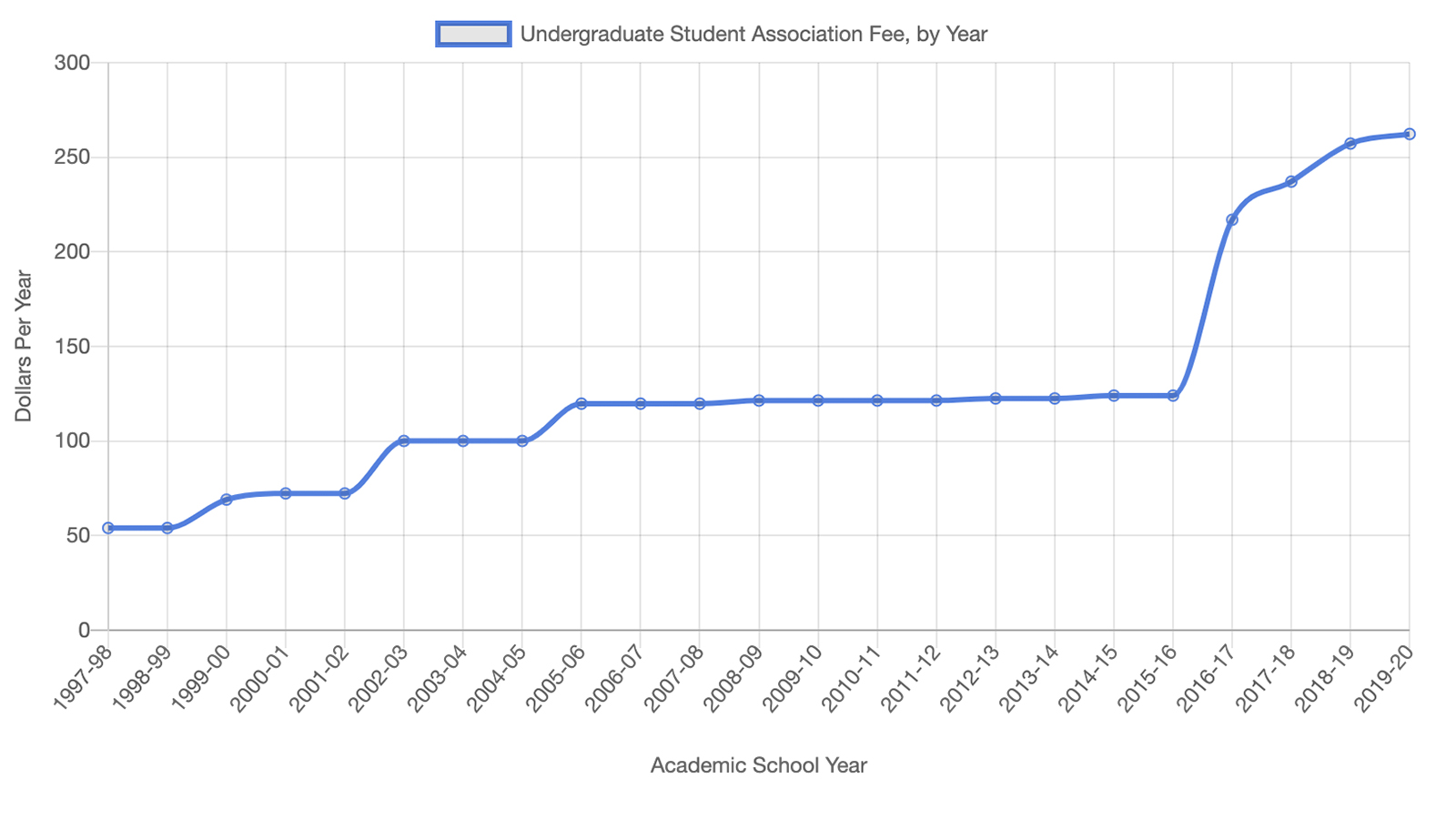 Two referendums will together potentially increase student fees by $45.99 per year in the 2020 spring Undergraduate Students Association Council election. This would be the first fee increase because of referendums in four years.

This year’s ballot features two referendums – Cultivating Unity for Bruins and Good Clothes Good People Basic Needs, which would increase student fees by $45 and $0.99, respectively. The CUB referendum would fund a Black Resource Center, pay rent for the Transfer Student Center and create more spaces for meditation, while the GCGP referendum would fund the addition of school supplies and hygiene products to USAC’s GCGP redistribution center.

A referendum is a proposition placed on the USAC ballot by students to increase student fees. Any student can draft a referendum and present it to USAC. The council then votes whether to put the referendum on the ballot, which they do in most cases, said USAC President Robert Watson.

Students can also collect a petition with 10% of the student body’s signatures to bypass USAC’s process and put a referendum on the ballot directly, Watson said.

The last time referenda were on the ballot was in 2016, which consisted of The Green Initiative Fund referendum, the #UCLAStudent Wellness referendum, the Social Justice referendum and the Daily Bruin and Bruinwalk referendum. All four passed, raising yearly fees per student by $101.97, and maintaining a $14.40 TGIF fee.

All data for the below graphs was gathered from the registrar’s office and from what was available on USAC budget reports.

Eighteen referendums have been passed in the history of USAC. Students now pay $294.57 toward referenda fees each year, not including the Undergraduate Students Association Fee, according to the UCLA Registrar’s Office website.

The USA fee has risen over the years from $24 in 1982 to $262.28 today, in part because of added referendums. Students pay $556.85 a year toward referendums and referendum-related fees.

Some of these funds are managed by USAC, such as the Bruin Bash Fee, but others are directed by the groups that drafted the referendums. Fees have also risen over the years because of inflation.

The council has the ability to endorse referendums, but cannot enact them, Watson said.

Both referendums on this year’s ballot are endorsed by USAC. The movement was nearly unanimous, with only one council member, General Representative 2 Orion Smedley, abstaining.

Besides needing majority approval to pass, referendums have a 15% voting threshold, meaning that if less than 15% of the student body votes in the election, both referendums will automatically fail. The University of California Office of the President lowered the threshold last year from 20%.

Several social media posts have expressed disapproval toward USAC for supposedly raising student fees amid a global pandemic. One UCLA subreddit post from April titled “USAC is once again trying to increase your fees! Vote NO on both referendums May 4-8. This is not the time to increase student fees.” has received more than 700 upvotes.

“We get pretty frustrated when we see people saying ‘USAC is trying to increase student fees, and USAC wrote these referenda,’” Watson said. “USAC did not write these referenda, nor is USAC leading them. Referenda can come about from any student.”

However, USAC may be able to use money from the referendums if any funds collected are not spent for its intended purpose by the end of the year, said Roy Champawat, director of the Student Union. The funds will be labeled as “surplus” and the following year’s council can put the funds into contingency or USA programming funds, which are distributed to student groups.

The council ultimately decides how this extra money will be used. This year’s surplus was distributed within USAC.

Students can remove or change a referendum in the same way they approve it – by proposing the idea to USAC or drafting a petition, which can put it on the ballot, Watson said.

“However, typically referenda are used productively to an extent where there’s not a need to lower the fee,” he said.

Watson said some fees could be increased, since for example, the cost to hire artists for Bruin Bash, operate Ackerman Union and Kerckhoff Hall and maintain aging buildings on campus go up each year.

Changing or removing a referendum has never happened before, Watson said.

“It hasn’t happened for a good reason,” he said. “These things are designed to stay in place so that they can be used consistently year to year.”

After meeting with Mother Organizations, the Transfer Leadership Coalition and other groups to discuss the lack of funding for underserved communities, Davis, along with others, drafted the referendum’s goals. When setting the price, they took into account building costs from ASUCLA, which are set at $6.89 per square foot, she said.

For all referenda, 25% of funds return to financial aid. This is intended to offset the added cost that students on need-based financial aid will have to pay, Watson said.

“A lot of students just read the ballot language and think, ‘This is too broad, what does this even mean, etc.,’” Watson said. “They’re supposed to be broad so that they can be used in many different ways (within the ballot and supplementary ballot language) as the years go by.”

Voting for the 2020 USAC election is currently open on MyUCLA and will run through May 8. 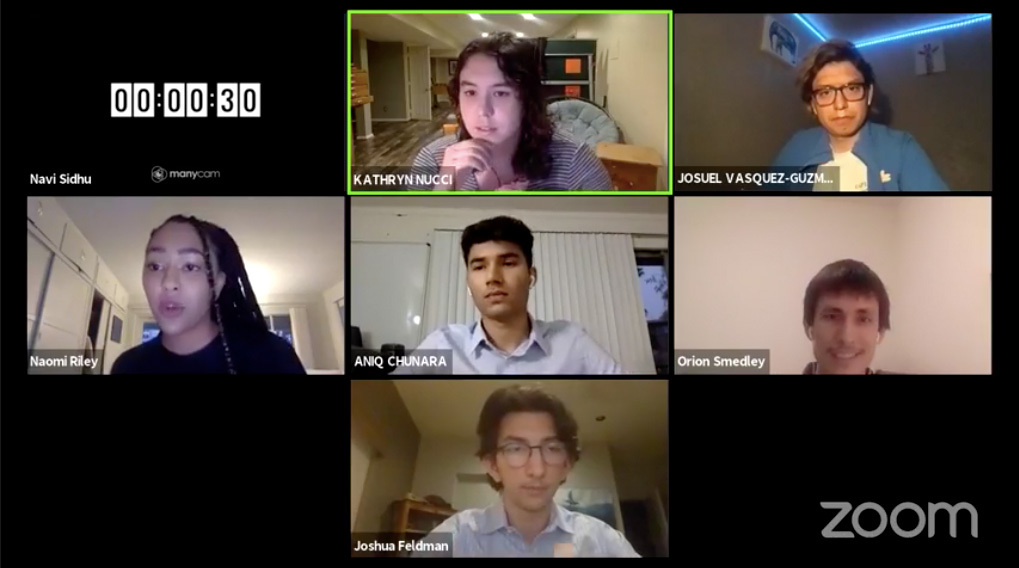 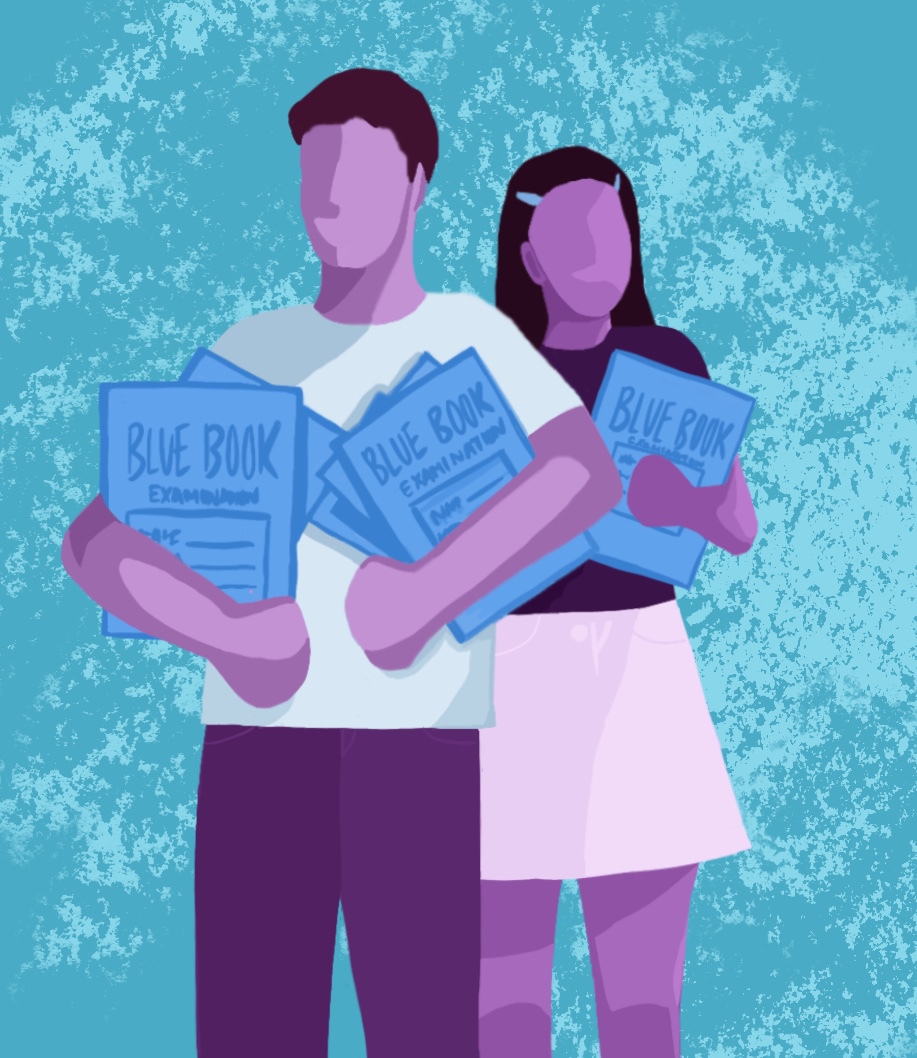