Still on the Hill, students face loneliness and lack of vegetables 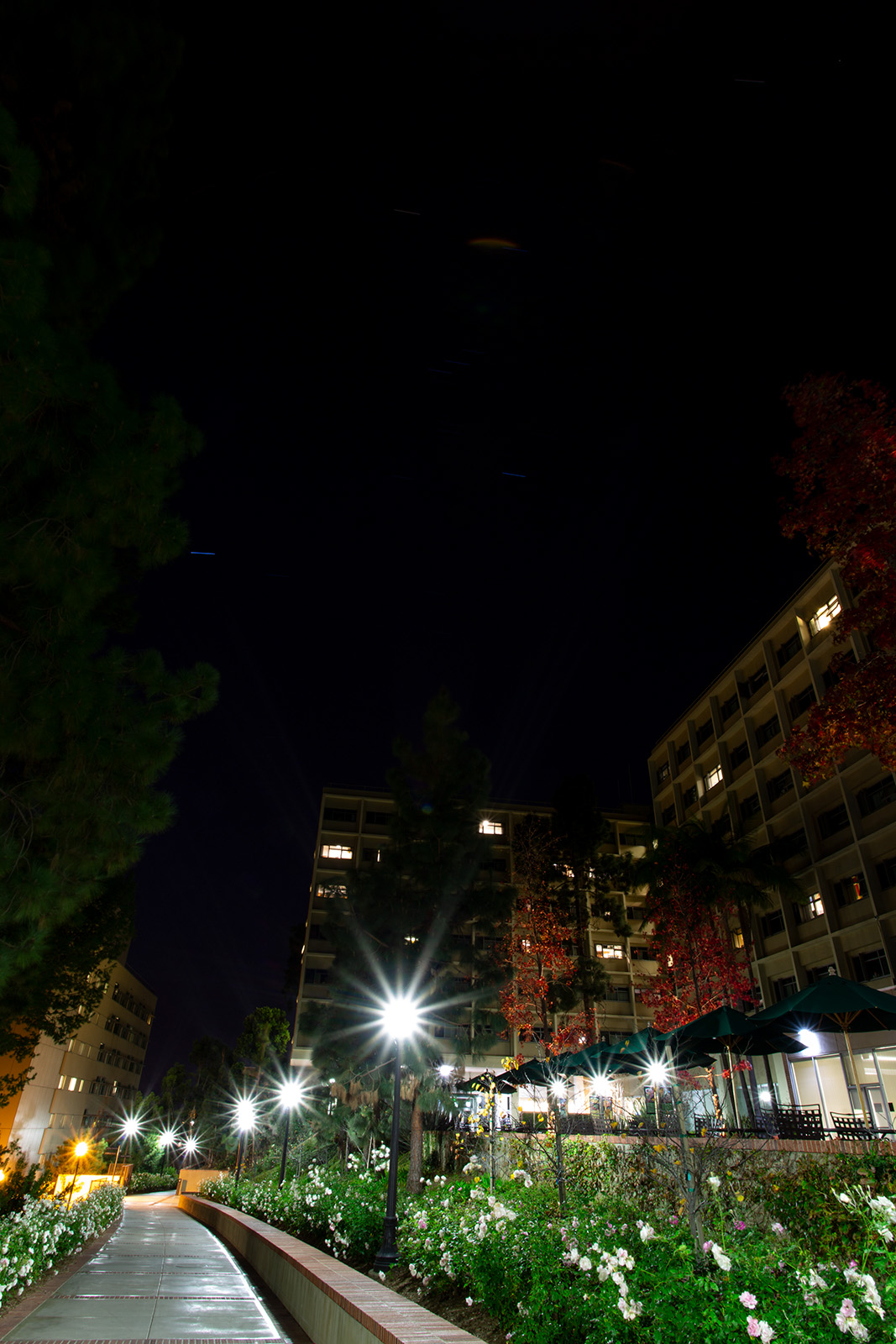 Life on the Hill has changed since the onset of the novel coronavirus pandemic. (Jintak Han/Daily Bruin senior staff)

May Xiao spends most of her time in her dorm room. When she leaves, which she only does to get food or take out her trash, she is surrounded by an empty, quiet Hill.

Hasan Masud doesn’t see many people either, other than the occasional meetup to stand in line to get food together, 6 feet apart.

“It’s lonely,” said Xiao, a resident assistant for Rieber Hall and a second-year ecology, behavior and evolution student. “All my friends are not here anymore.”

Xiao, Green and Masud are part of the minority of students who opted to remain in residence halls. More than 80% canceled their housing contracts and left after classes moved online for spring quarter.

Many operations have been limited on the Hill in response to the COVID-19 pandemic, and student life has changed as a result.

Among the changes, dining options have been limited to De Neve Residential Restaurant and Rendezvous, with Feast at Rieber to replace Rendezvous next week. All meals are takeout, and residents are instructed to stand 6 feet apart in line with a mask on as they wait for their food.

Rieber Hall has the only operating front desk on the Hill. However, the swipe system has remained the same, and vending machines still work.

“There’s no way to keep a healthy diet on the Hill right now, it’s been really bad,” Xiao said. “I’m vegetarian and it’s really hard to get vegetables.”

Green, a third-year mechanical engineering student, has had to supplement her diet with groceries while living on the Hill.

“When I came back to the Hill and I tried to get food, I had a feeling of anxiety because there were just no vegetables anywhere,” Green said. “Before, I didn’t really buy any food from the grocery store except for snacks, but I had to get myself some fresh produce that I’ve been eating.”

Lines for the grocery stores in Westwood are much longer than usual, and students must wear masks to enter.

“When we went to Trader Joe’s, there was a huge line all across the parking lot,” Xiao said. “There’s no way we wanted to go in that line.”

Many bathrooms on the Hill have been shut down as well. Five bathrooms were left open in all of Rieber Hall out of the total 25, Xiao said, making most residents have to take an elevator trip to use the bathroom. Rieber Hall bathrooms were left uncleaned for two days during spring break as well. UCLA Residential Life professional staff said housekeeping operations had been understaffed during that week in a recent Zoom town hall.

“I had two residents complaining about the bathrooms not having been cleaned,” Xiao said. “Although they moved the bathrooms to one floor per building, it still takes them a long time to move throughout the Hill.”

There has also been an increased amount of people experiencing homelessness staying on the Hill, with university police having received double the amount of calls to escort nonstudents off the Hill compared to last month, according to UCPD.

Xiao, as a Hill employee, encountered one woman experiencing homelessness who spent two days in the Rieber Hall 3 South lounge before being escorted off campus by UCPD. This was the second time she had been escorted off the hill in a week, Xiao said.

“I saw her for like two days just sitting in the lounge. I was curious and asked if she is a resident but she said she’s homeless because of the pandemic and had nowhere to go and that she wanted me to keep her as a secret,” Xiao said. “I feel so sorry about this but I had to report it and call my supervisor.”

UCLA Housing has been working on consolidating residents into fewer buildings so that residents are not as spread out, with the goal of giving each resident their own room. Residents in De Neve residence halls were transferred completely to Sunset Village over the weekend.

This was done to make space for possible hospital overflow from patients as well as housing for doctors, according to ResLife professional staff in the Zoom town hall meeting.

Masud, a Dykstra Hall RA and fourth-year applied mathematics student, said that he and his residents were given notice Thursday that they had to be moved out by Sunday.

“There was a lot of complication,” Masud said. “As an international student of four years, I have all my stuff with me, so it was a harrowing process to pack up. I almost got moved into a room that someone was already living in.”

Masud said that residents now have single rooms and single or shared bathrooms after the move, which he thinks is beneficial for safety and made the move worth it.

Xiao and Masud, like many other international students, had little choice but to stay on the Hill.

Xiao is an international student from China and said that her reasons for staying are complex. Although she has the option to go home, flights are limited, and she would face a mandatory two-week quarantine once she returned.

“A lot of new cases in China are found to be people coming back from foreign countries,” Xiao said. “I guess that’s why a lot of us are scared to go home and part of the reason why a lot are staying.”

Other residents have different reasons for choosing to stay. Green said that she returned to the Hill to better focus on her studies and have her own space.

“I didn’t feel like I could be in a school mindset at home,” Green said. “My family is six people, which is a lot for a house. I needed my own space, and I wanted to be closer to my friends.”

Student employment on the Hill has also been affected by the pandemic. Many RAs have resigned and moved home, and other students in ResLife positions have been given the option to either work remotely or receive three weeks of paid administrative leave.

Some RAs are frustrated with swiftly changing protocols, Masud said.

“We just keep getting these update emails that are confusing, contradict themselves and go back on things,” Masud said. “I think we’re asking questions that they still don’t know the answers to, and that’s why we don’t have the information. It’s not like they’re withholding information, it’s that they genuinely do not know. I think we can give them the benefit of the doubt. This is a situation that no one has ever had to deal with.”

Masud’s advice for everyone still on the Hill like him is to be understanding in this time of unprecedented circumstances.

“It’s easy to get frustrated, but just understand that everyone is trying to deal with it,” Masud said. “We just have to get on with it and try and do our best.” 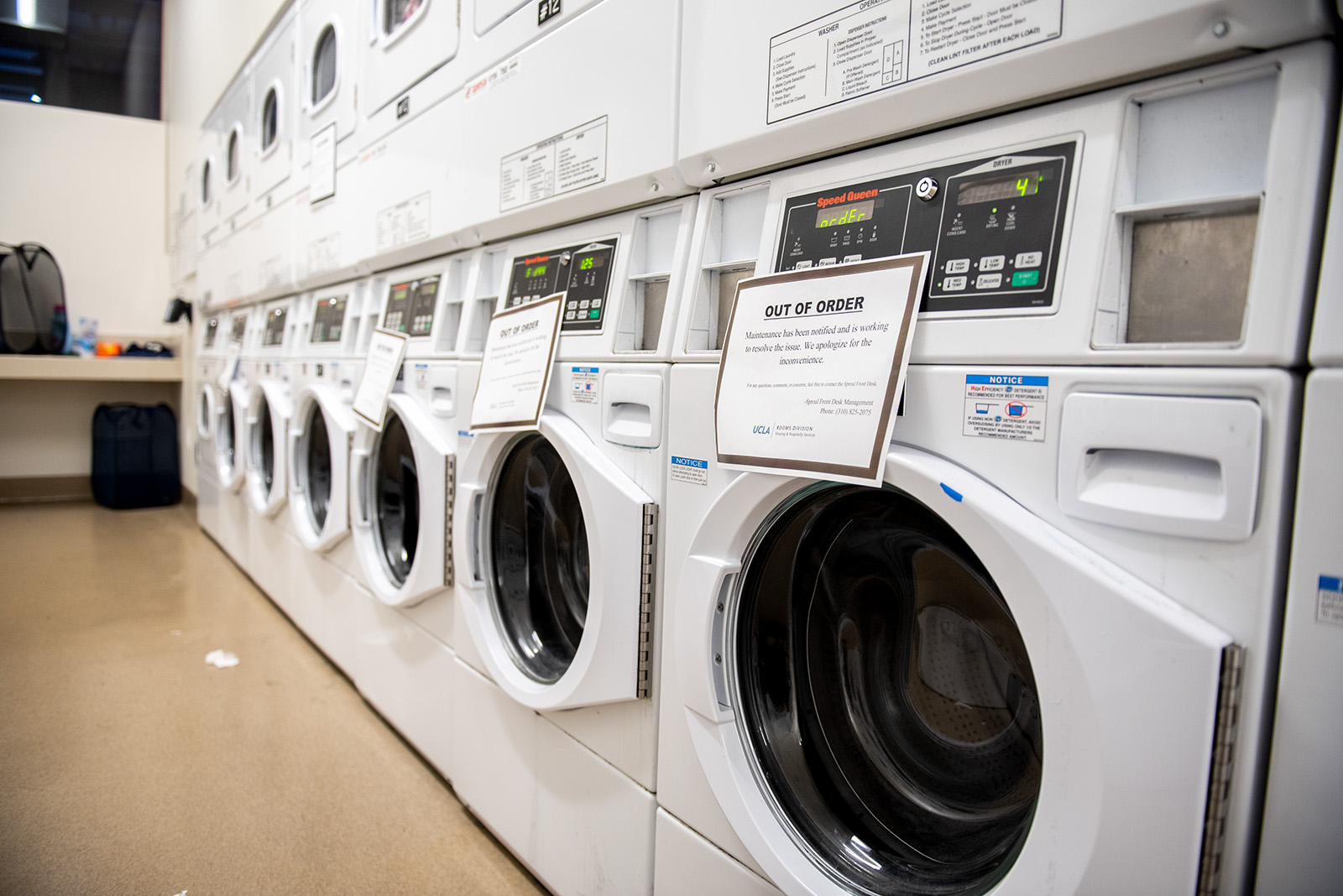 USAC negotiates lower laundry costs on the Hill through 2040