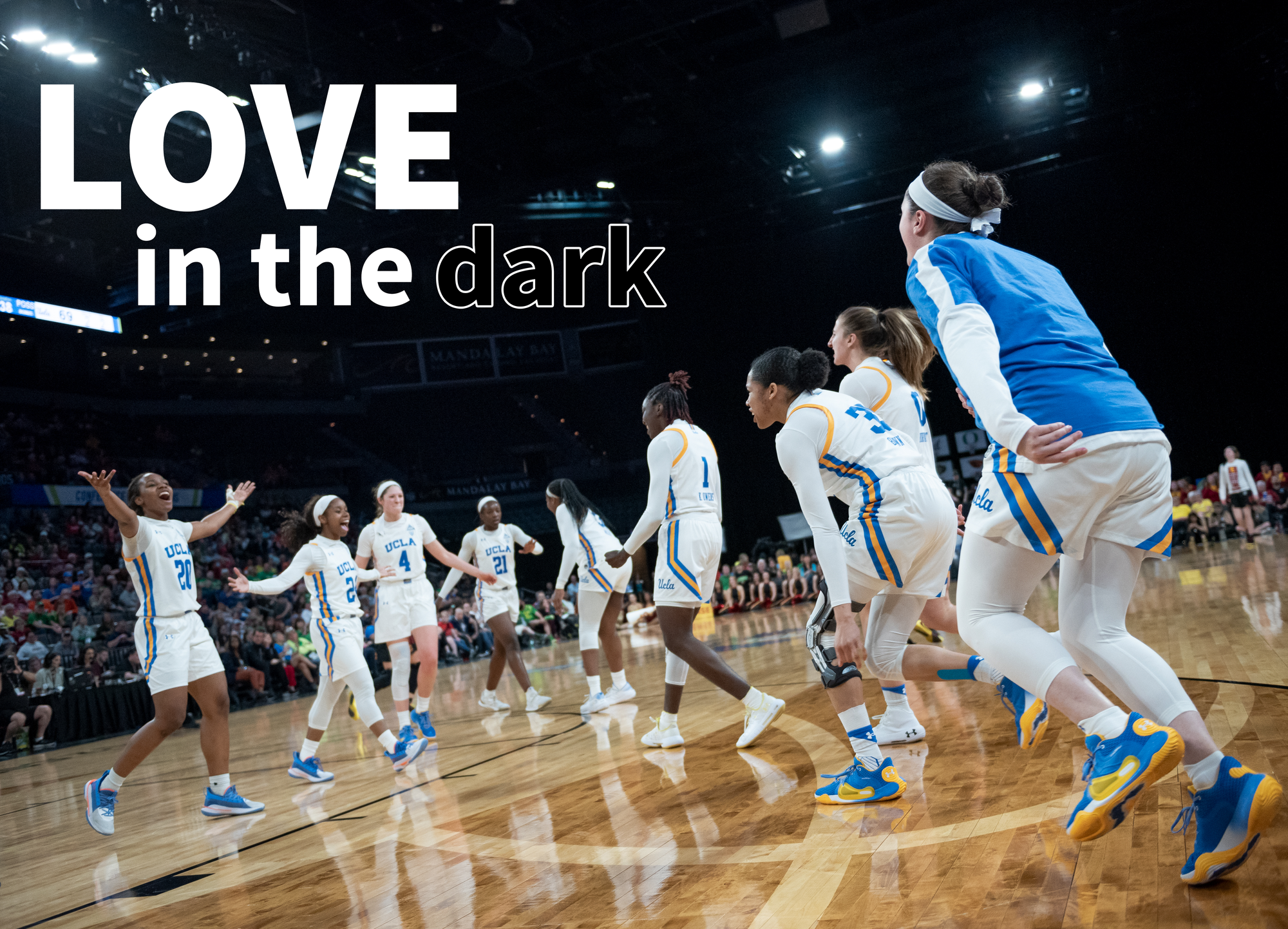 No. 10 UCLA women’s basketball opened its 2019-2020 season with a 16-game winning streak – good for the Bruins’ best start in program history and to make them the last undefeated Division I team in the nation. (Photo by Lauren Man/Daily Bruin, illustration by Sophie Marencik/Assistant Design director)

It didn’t matter that No. 10 UCLA women’s basketball (26-5, 14-4 Pac-12) began its season with its best start in program history, was the last remaining undefeated team in the nation or was projected by some to secure its highest NCAA tournament seed in program history.

“It all happened so fast,” said junior forward Michaela Onyenwere. “We knew the (NCAA) tournament might get canceled, so we were all kind of preparing for it, but I think when it actually happened, no one was really prepared.”

In a matter of days, concerns about the rapid spread of the novel coronavirus prompted UCLA Athletics, the NCAA and other sports governing bodies to bar fans from games and ultimately cancel seasons outright. UCLA women’s basketball was no exception, and the Bruins’ record-breaking season wasn’t allowed to carry on through March Madness.

But it wasn’t the first time UCLA had dealt with external hardship this year, and coach Cori Close said she knew her players would get through it, just as they had all season – by loving each other even when they were out of the spotlight.

While outwardly the 2019-2020 season was a historic one for the Bruins since the beginning, the private team dynamic was also something unprecedented, according to Close.

The coach said the cancellation of March Madness was yet another obstacle in the off-the-court battles her athletes faced over the course of the season.

“This was one of the most burdened teams I have ever coached,” Close said. “A whole lot of life stuff happened to individual players this year … and it’s mostly all the off-court stuff of just life, of just being a human being and difficult circumstances.”

After delivering the news that the team’s season was over in the team locker room March 12, the coach said she posed one question to her players: For how many of you has this been the hardest year of your life?

All around, hands went up. One of those hands belonged to Japreece Dean.

If there was one individual who stood to lose the most with the recent turn of events, it was the redshirt senior guard – who still awaits the NCAA’s decision as to whether she and other winter-sport athletes will be granted another season of collegiate eligibility, although sources have reported that such a ruling is unlikely.

Dean started her college career at Texas Tech, where she led all Big-12 freshmen in points per game, assist-to-turnover ratio and free throw percentage. She played just two games as a Lady Raider her sophomore season before redshirting and transferring to UCLA.

After starting just one game during her first season in Westwood, Dean has now cemented herself as the Bruins’ starting point guard, earning Pac-12 All-Tournament Team honors last season and being named to the All Pac-12 team this year.

Despite everything, Dean said the previous season has been her most challenging since starting NCAA basketball nearly five years ago.

“This season was probably the hardest season (of my college career), I think anybody would probably say that,” Dean said. “We were winning, but it just felt weird … it was just kind of hard with everything going on.”

And having it end like this, Dean said, was perhaps the hardest part.

Close said Dean couldn’t look her in the eye and tell the coach she was alright after hearing news of the NCAA tournament cancellation. Just moments later, the Bruins took to the floor in what would be their last practice of the year and quite possibly Dean’s last in blue and gold.

When Dean went on to have one of her best practices of the season, Close said it was a reminder of the fifth-year’s greatest gift to the program – her love of competing.

Close recalled the pre-Dean era and said she had to constantly check in with her players to make sure they were putting in work outside of practice, hoping silently they all showed up to voluntary pick-up games.

But for the last three seasons, Close said those worries were gone, knowing Dean – and her passion for playing basketball – was pushing not only herself but also the rest of the teammates to put in extra work.

“(Dean) just loves the game so much, and she changed our whole culture with her love of the game,” Close said. “Her love was so infectious that things got done. … She got everyone (to pick-up), and she never had to tell me about it. It was just like, ‘This is what we do if we’re going to be about pursuing championships: You’re going to show up to pick-up, you’re going to do the extra work.’”

Now, Dean is back at home in Austin, Texas, facing an entirely new set of unknowns without her teammates by her side, without the lights of Pauley Pavilion shining down on her – very much in the dark.

Dean said she has yet to decide whether she will take an extra year in Westwood, if it is offered, or declare for the WNBA draft – if there even is one this spring. For the time being, she said she feels grateful for her years spent in Westwood, even the most recent one.

“These three years are probably three of the greatest years of my life, although one of them is probably the worst year of my life,” Dean said. “It has taught me a lot, and I’ve met incredible people, and I think I’ve just had a bunch of fun.”

Onyenwere, the soon-to-be senior, also faces an uncertain future. She will be tasked with leading her team in the coming months despite not having any idea when congregating and playing together will be safe again.

She said she only has one leadership goal set in stone: to carry over this year’s team culture of closeness into next season.

“The one thing I want to take from this season is that we did come together so much, and we got through everything that was thrown at us,” Onyenwere said. “Sometimes the part that doesn’t get shown is that college athletes go through a lot of stuff personally. Everybody has internal struggles that are not always seen. To be able to put those things aside and put the team first is a testament to who this team was.”

Was – past tense. Because it’s all over now, just like that.

But Close said she’s sure the precedents set by this team – both on the court and in the dark – will not be forgotten.

“I’ll remember it on two levels – one is all of the firsts,” Close said. “(The other is) that they did that with a lot of heavy hearts. … This is the team that overcame the hard life stuff, as well as the team that brought our basketball program to a new level.” 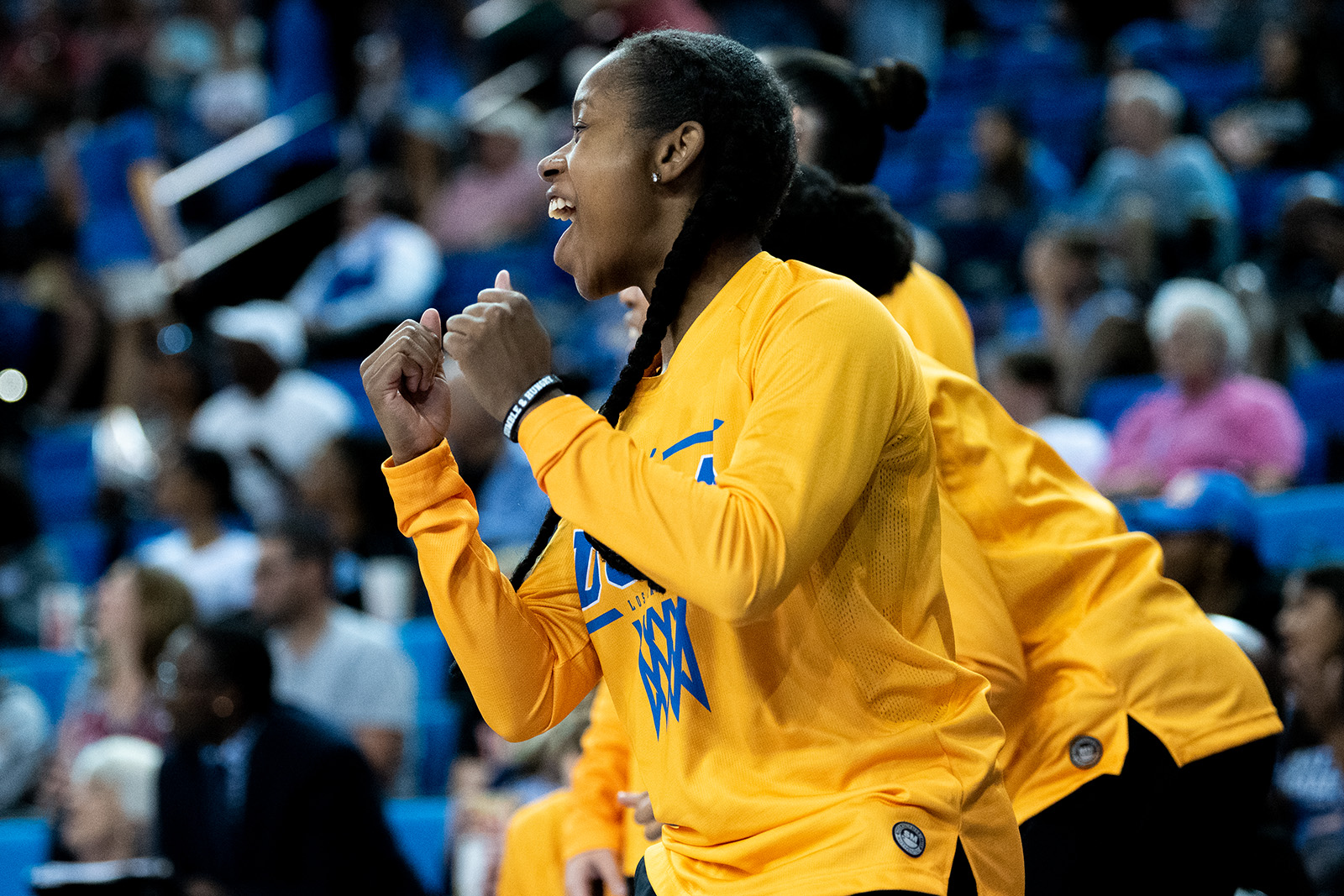 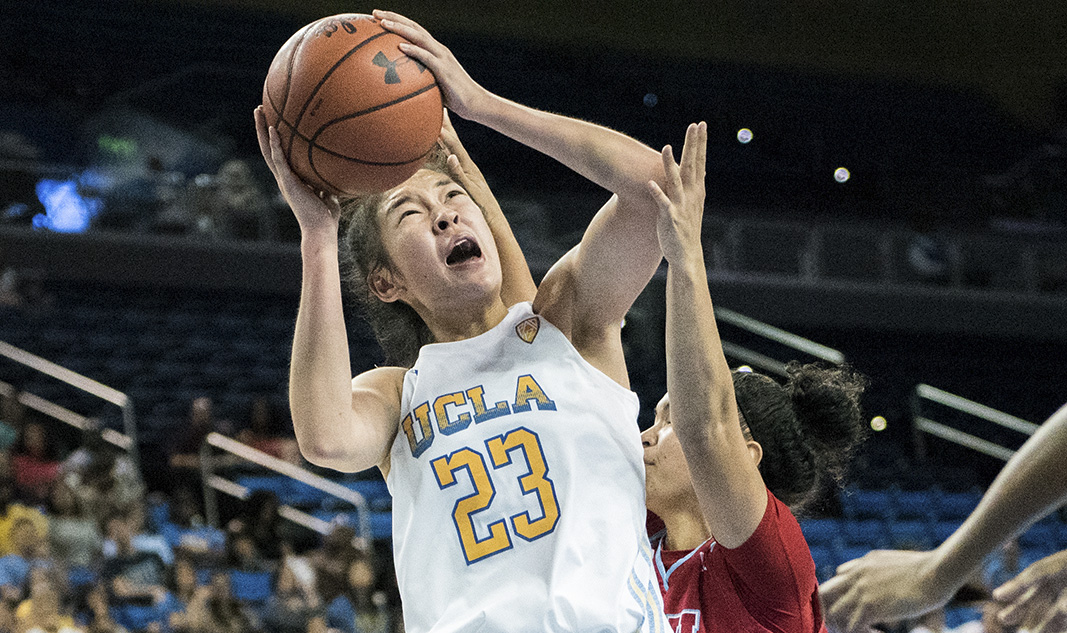