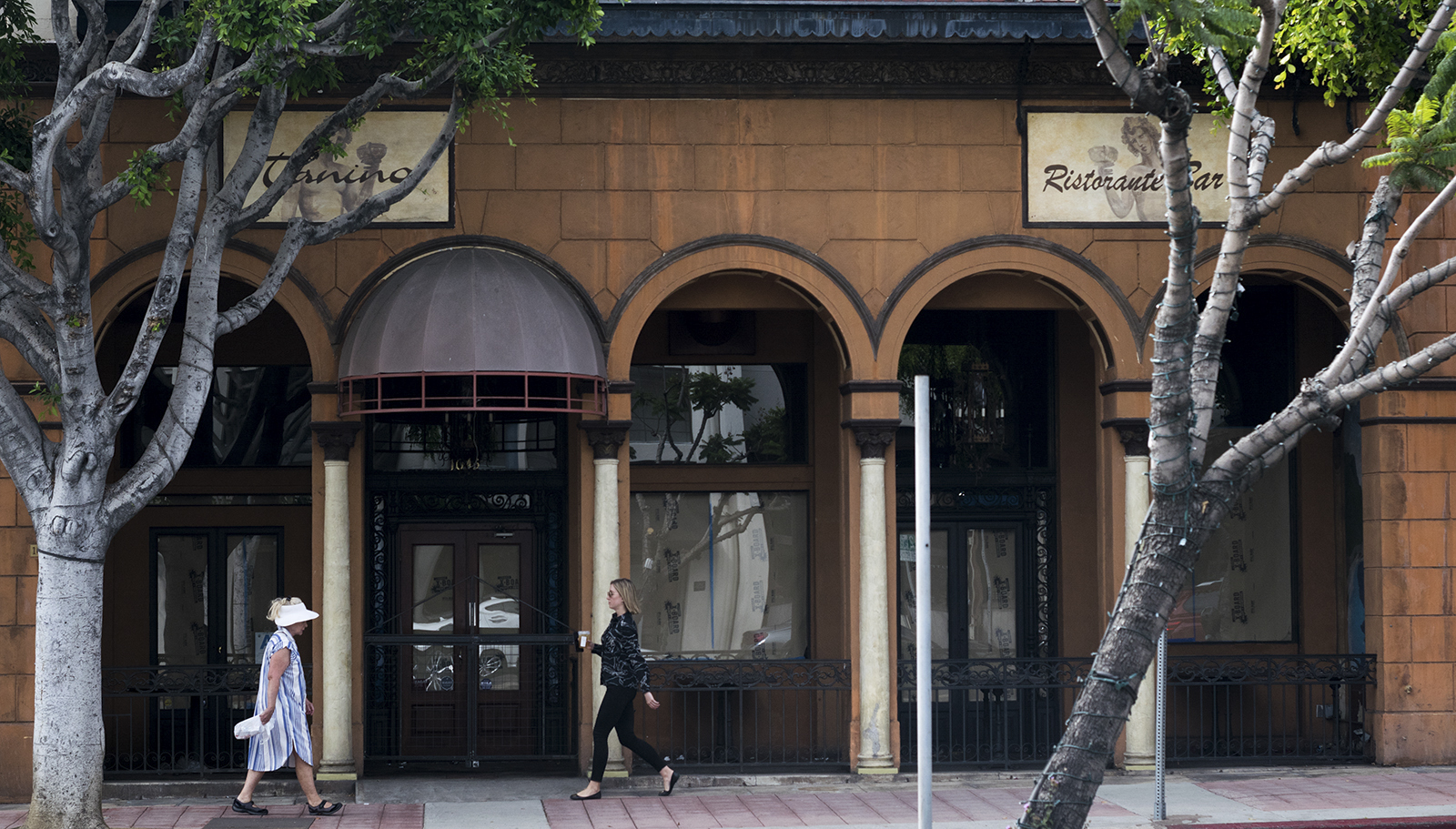 The Los Angeles City Council designated the Kelly Music Building a Historic-Cultural Monument in December. The Westwood Village Improvement Association explored the possibility of altering historic buildings such as this one at a committee meeting Wednesday. (Daily Bruin file photo)

The planning and mobility committee of the Westwood Village Improvement Association met with Los Angeles City Planning staff Wednesday to discuss the extent to which some historic buildings could be altered. Such alterations could include updated interiors or facades that can attract novel businesses and more foot traffic to the Village.

Andrew Thomas, the WVIA’s executive director, said the Westwood Village Specific Plan, a 1989 zoning and regulatory framework, identified 45 buildings in the Village as historically significant. Some of these resources are already officially recognized and some are eligible for local, state and national designation, Thomas added.

The buildings housing Peet’s Coffee on Westwood Boulevard and California Pizza Kitchen on Broxton Avenue are both eligible for national historic designations. The Fox Village Theatre is already an LA Historic-Cultural Monument. Local historic designations were assigned to Stan’s Donuts on Weyburn Avenue, the UCLA Blood & Platelet Center on Gayley Avenue and the Gayley Center within the Specific Plan.

Julia Duncan, a City of LA planning assistant, said property owners and the city council can cooperate in the alteration of an establishment.

Adrian Fine, director of advocacy for the Los Angeles Conservancy, said alterations are possible if specific to the establishment’s characteristics.

“A lot of people think once you’re designated, you can’t do anything with the building,” Fine said. “It’s always a case-by-case to figure out what are the (establishment’s) unique challenges.”

Thomas said that overlap between the two surveys was normal and did not jeopardize designations.

Although Westwood is home to 45 historical resources, LA City Planning has classified the Village as a planning district and not a historic district. Many of the Village’s historic buildings have already had significant renovations and alterations which prevent it from being a historic district, Thomas said.

“The Village has a unique history, remarkable architecture and a very distinctive sense of place,” Bernstein said. “We tried to capture that by calling (Westwood Village) a planning district.”

“The majority of nominations that we get for Historic-Cultural monuments actually come from property owners themselves,” Fine said. “Mostly because people want to participate in the Mills Act Program, which is a major incentive program that can provide owners of historic properties significant tax reduction.”

Fine also said the LA Conservancy launched a study to allay some owners’ fears of depreciation, specifically of properties designated as historic sites.

“I think there’s often a belief that historic designations — because it leads to additional review — may devalue a property,” Fine added. “The evidence locally and nationally certainly is just the opposite, and historic designation typically adds value.”

Bernstein said the renovation of the Tower Theatre’s interior in Downtown LA into an Apple Store is an example of a successful alteration to a historic site.

The Tower Theatre’s restoration is still ongoing, but its alterations were very substantial, which Duncan argued was not usually the case.