UC needs to have open conversation with students striking for COLA 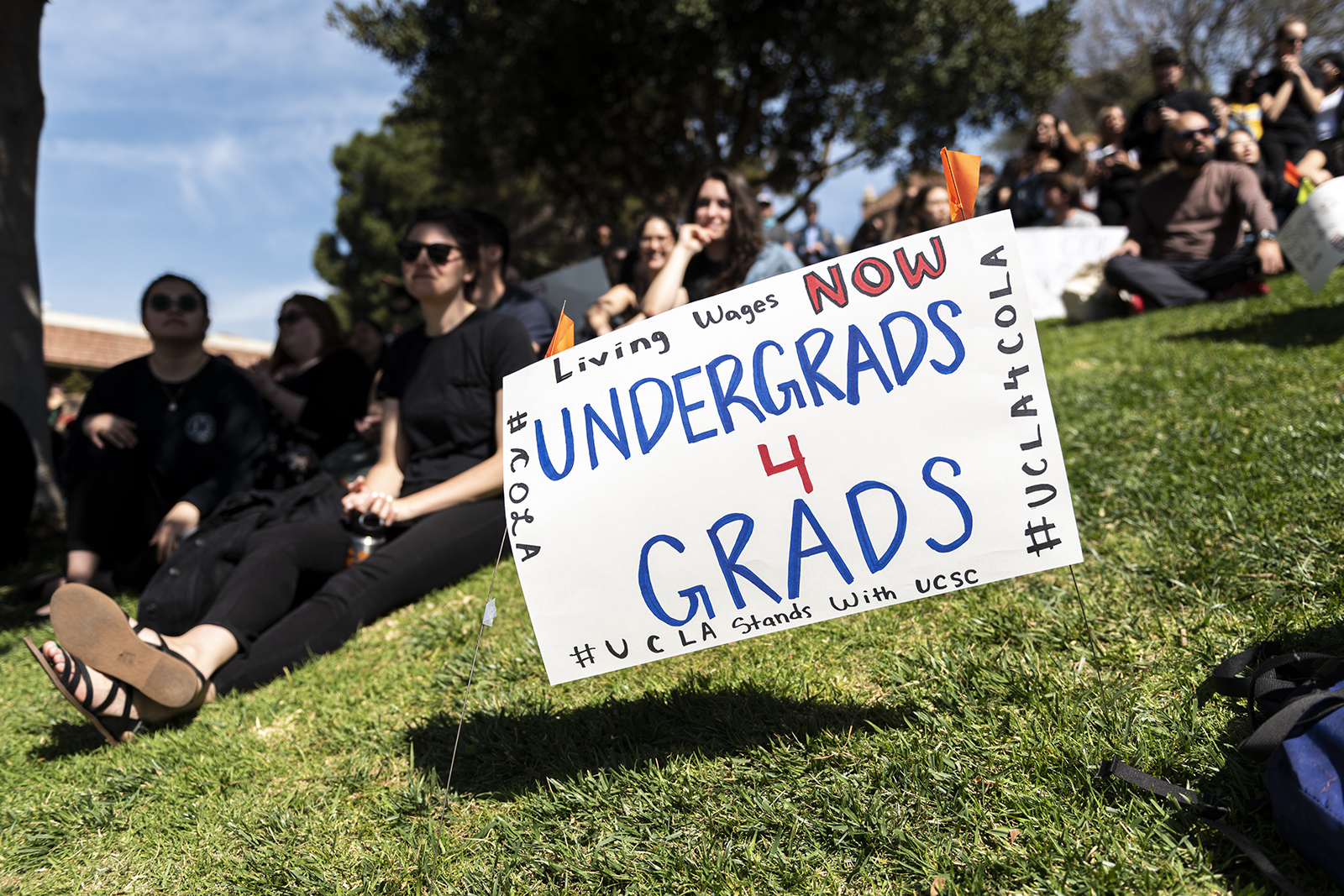 Graduate student teaching assistants at UCLA are putting their careers on the line for better living wages, but the University of California would rather terminate their jobs than entertain an honest discussion. (Niveda Tennety/Assistant Photo editor)

An employer should not fire an employee for attempting to have an honest discussion.

But that’s unlikely to be a reality than anything else for many graduate students and workers at the University of California.

Since December, students at UC Santa Cruz have been striking for a cost of living adjustment. These students cite unlivable wages, with more 50% of their paychecks going toward rent and food, as a reason for their strike. Many of the striking TAs have withheld undergraduate grades and their own research as a form of protest.

But instead of opening up conversation or negotiations, the UC responded with a show of force.

UC President Janet Napolitano denied the demands and legitimacy of the strikes in a letter Feb. 14. She expressed sympathy regarding the high cost of living and described a proposed solution of a $2,500 need-based housing fellowship and a doctoral student funding program, alongside working with policymakers to break ground on faster construction of student housing.

But with an empty promise also came a now-fulfilled threat.

Napolitano’s half-hearted condolences prefaced a warning for graduate students, which referenced the potential consequence of termination. And it lived up to those words – 54 grad students at UCSC were fired this week.

Regardless, the momentum is spreading, and UCLA’s own graduate student body held its first official strike Wednesday, putting employment on the line just for a chance at a living wage. And on Thursday they voted to go on strike starting next week provided graduate students in at least 10 departments agree to participate.

The UC’s decision to fire employees calling for a conversation denies the student body the respect and rights to civil disobedience it deserves. It is clear that the costs of living and the livelihood of the graduate student body are an afterthought in the wake of the strike – the University’s primary response is one of punishment. And at a University that espouses the values of free speech, Napolitano and the UC are hypocritical in their decision to jeopardize or terminate the jobs of students and workers.

Currently, UC-employed grad students are paid $21,000 annually, on average, putting them below the estimated required living wage in Santa Cruz.

In an emailed statement from UC Office of the President spokesperson Andrew Gordon, he said the wildcat strike is viewed by the University as a violation and unofficial action against the previously signed agreement.

Citing a 3% wage increase and 17,000 new beds under Napolitano’s tenure, Gordon highlighted the work already being done to ameliorate the housing and cost of living crisis across campuses and expressed hope for engaging in “meaningful and thoughtful discussion.”

And rest assured, they would prefer to remove the platform for discussion entirely.

The lack of willingness to discuss is not just a problem for the strikers at UCSC. It’s a problem here too.

Zak Fisher, the UCLA Graduate Students Association president, said that the administration at UCLA is also resistant to making any changes.

“From the administrators that I’ve met with and talked to, none of them have been able to give me a response to my questions,” Fisher said.

The resistance to discussion is continuously met with more aggression, creating a greater atmosphere of conflict.

“These meetings also have had an insane police presence too, even though there was no insinuation at all that it was anything more than just a discussion,” Fisher said.

No university has the right to blackmail its students out of their right to free speech, much less by threatening their already measly compensation. UC graduate students have expressed their intent to create a stage for discussion – but their university seems perfectly fine building a battleground at the first sign of civil disobedience.

And the UC has even distorted the COLA movement’s messaging to its own student body.

Tyanna Slobe, a graduate student at UCLA and social media director for Ucla4Cola, said in the wake of the strike the administration has allegedly taken other actions to attempt to de-escalate the effects of the strikes.

“I’ve heard of actions taken to stifle the word about COLA,” Slobe said. “Some RAs were told to tell their residents that the protests were violent demonstrations and to avoid them.”

The UC and Napolitano have done exceptionally well in their attempts to quash the strikes. At this rate, it does not appear that a discussion will come without severe and irreversible repercussions. But it remains unbecoming of one of California’s greatest educational institutions to respond to the voices and concerns of its students by terminating them.

The wildcat strike itself does indeed violate the original terms of agreement negotiated between the United Automobile Workers Local 2865 and the UC. Regardless of the fine print, it is not necessarily an illegal protest and should not be met with the force of one. Although a strike may not be the standard protocol for negotiations, the University has no reason to retaliate in such a manner.

If the University wants to ethically and maturely resist the terms of bargaining, it should do so by having an official discussion to review the current agreement with the strikers until the next official strike can be held.

After all, these grad students aren’t trying to bite the hand that’s feeding them. 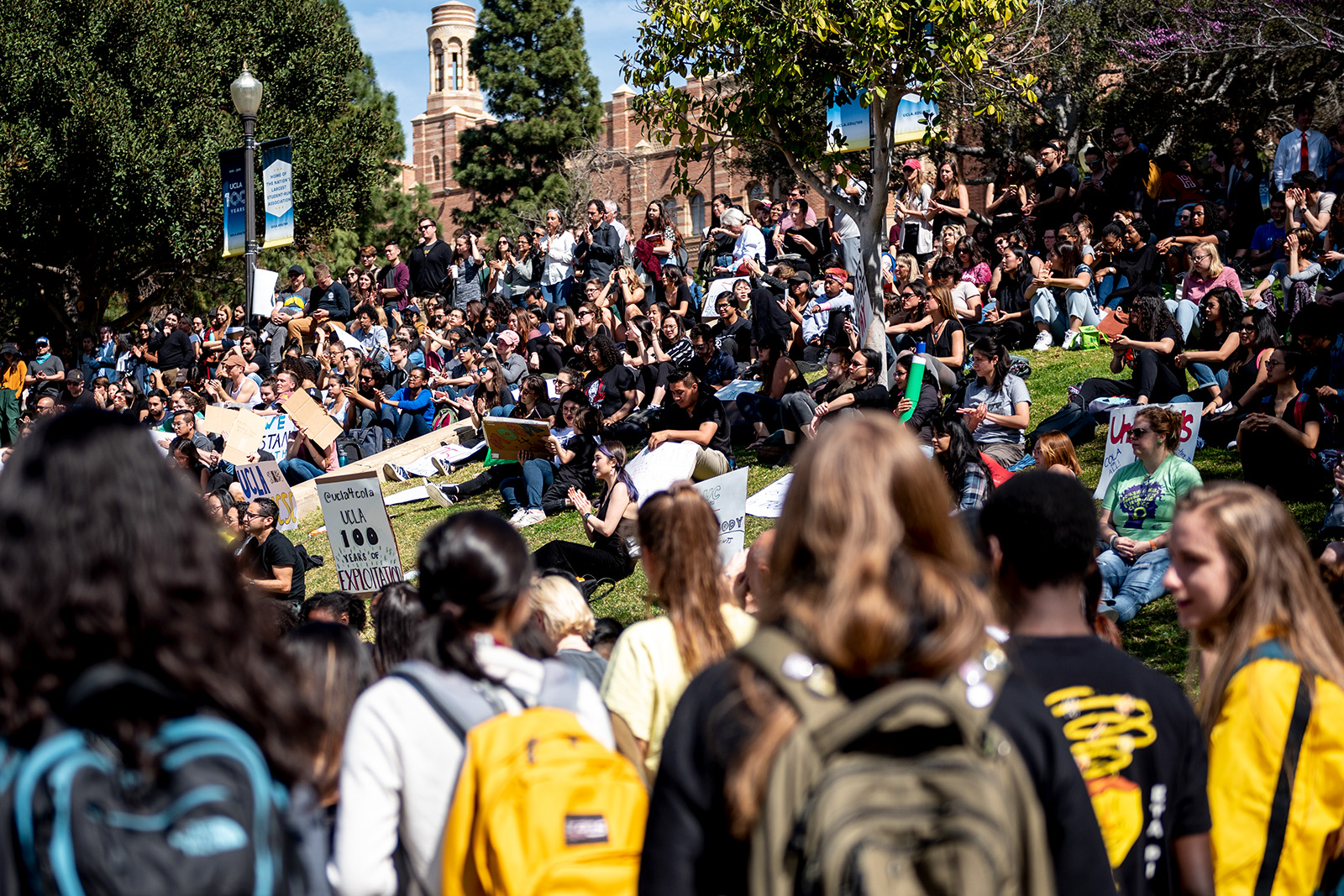 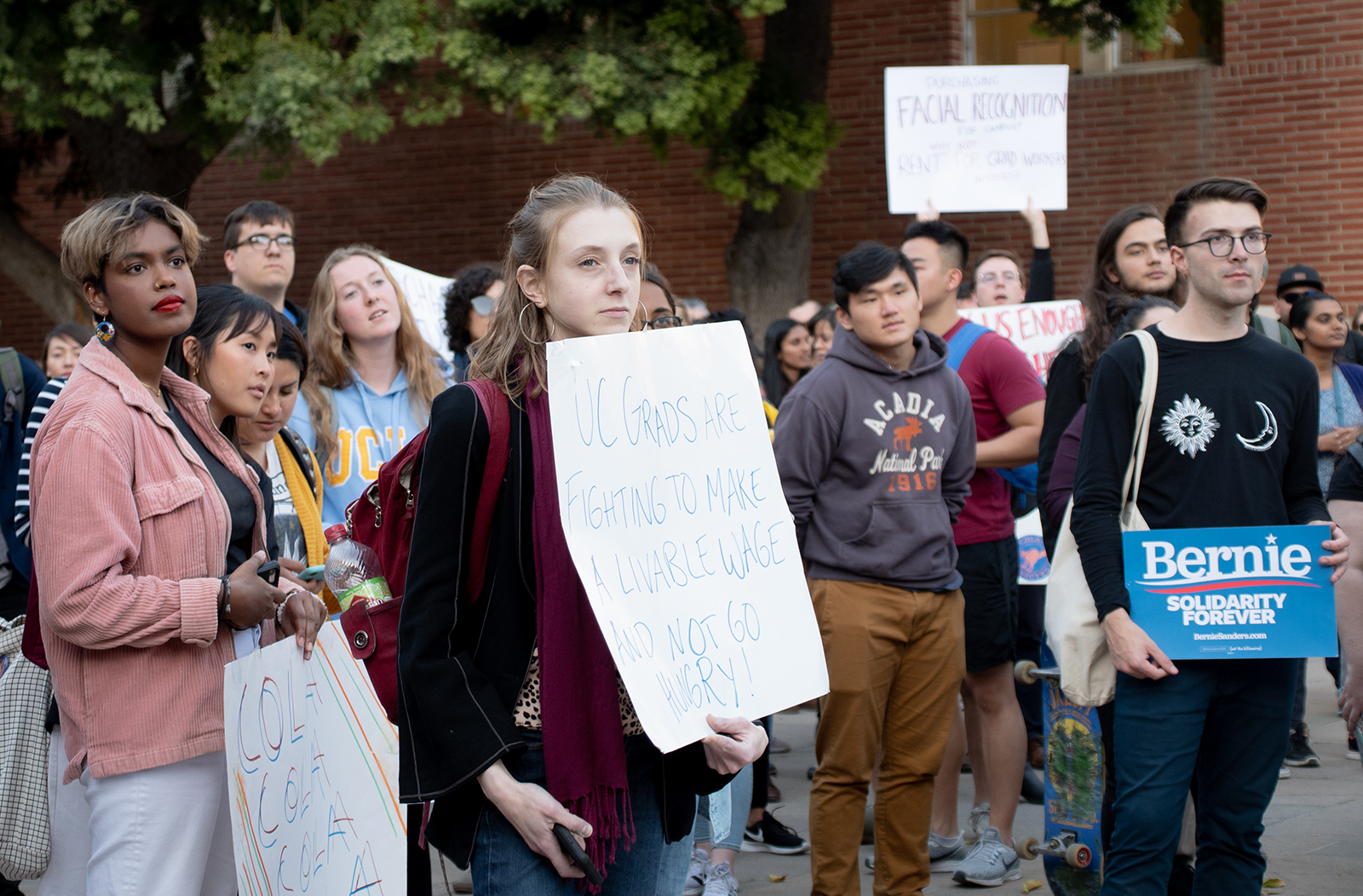 Op-ed: Graduate students are seeking COLA, UC has yet to budge