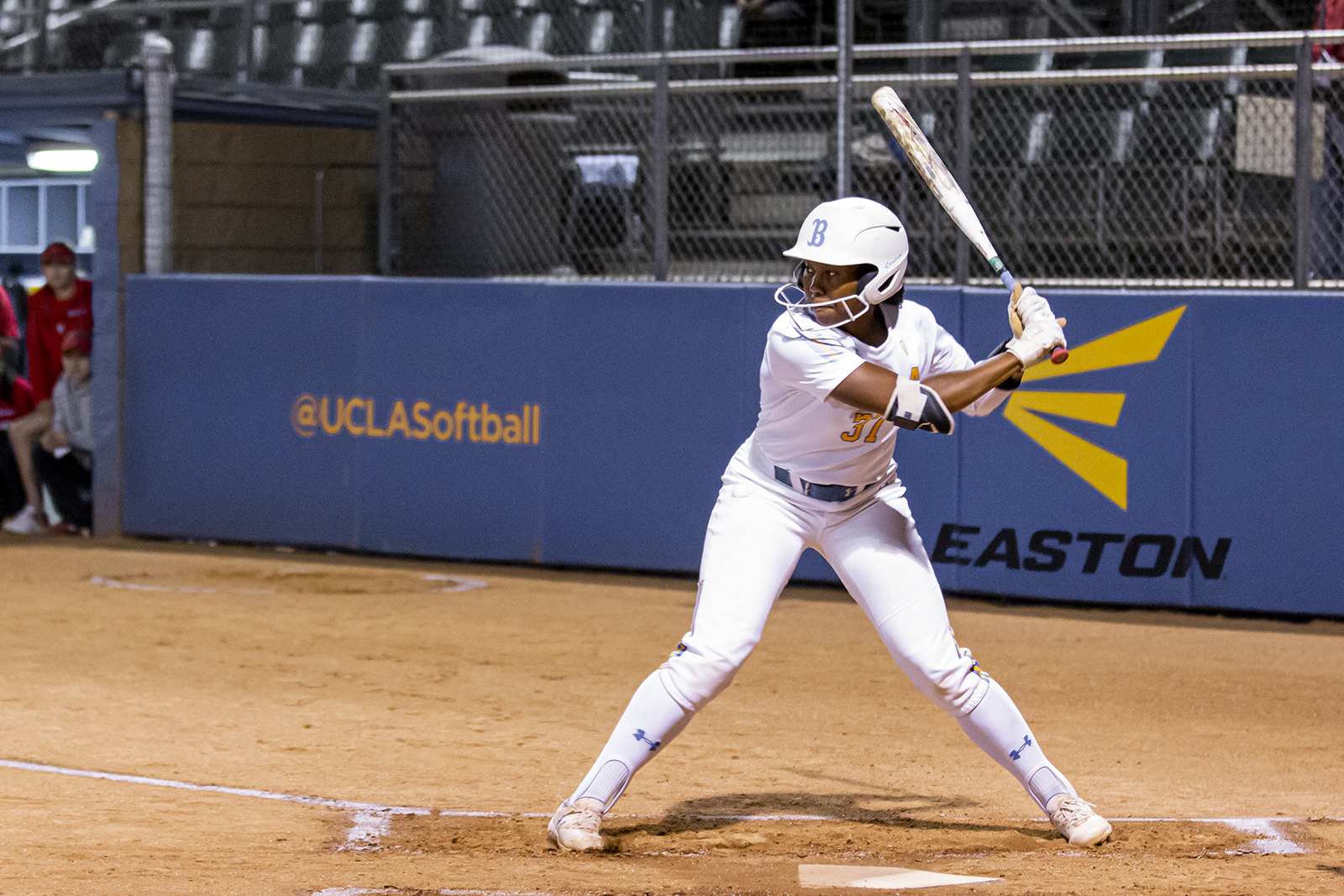 Junior utility Kinsley Washington hit a three-run home run in No. 1 UCLA softball’s Tuesday game versus St. John’s, part of the Bruins’ eight-run rally in the first inning. UCLA will next face No. 16 Michigan as part of the UCLA/Long Beach State Invitational. (Christine Kao/Daily Bruin)

The Bruins will play their final tournament of the regular season.

UCLA will enter the tournament on a five-game win streak after sweeping the San Diego Classic last weekend and beating St. John’s 9-0 in five innings Tuesday. The Bruin pitching staff has also notched four shutouts during the stretch, including two by freshman pitcher Lexi Sosa.

Junior utility Kinsley Washington said UCLA has built a strong camaraderie so far and that will play to its advantage moving forward.

“Looking at it from a returner’s mindset, we have a lot of newcomers starting this year, so just knowing that we’ve got a really good thing going,” Washington said. “We’ve got good team chemistry and juju on our side.”

While the Bruins own the second-lowest ERA in the Pac-12, the trio of teams they will face boast conference-leading pitching staffs of their own.

UCLA has dropped three of its last five matchups with Michigan, including a 3-1 loss last year – one of just six losses the Bruins suffered in their national championship season. Wolverine pitcher Meghan Beaubien went the distance and held the Bruins to just three hits in the game.

This season, Beaubien leads the Big Ten with a 1.41 ERA and has held hitters to a .167 batting average.

“(Michigan) has a pitcher that was very effective against us last year, so that’s going to be our goal – to lock on and figure out how to have quality at-bats against her,” said coach Kelly Inouye-Perez. “We have a lot of lefties in our lineup, but I know one thing – I feel confident that this team gets stronger through the game, so our ability to make adjustments and get on her is something I really look forward to seeing on Thursday.”

Minnesota also boasts one of the Big Ten’s top pitchers, with Autumn Pease’s 1.82 ERA good for fifth in the conference. The Bruins have never faced Pease but played the Gophers in the NCAA Women’s College World Series last year, winning 7-2 behind a three-run home run from redshirt junior outfielder Aaliyah Jordan.

UCLA has won its past six matchups against UCF, with the Bruins’ most recent victory coming in 2018. However, this year’s Knights squad includes pitcher Breanna Vasquez – who has allowed just one earned run in 20 2/3 innings and owns the fourth-lowest ERA in the NCAA at 0.34.

Inouye-Perez said UCLA will try to continue its strategy of striking early against its opponents’ starting pitchers. The Bruins have scored 53 first-inning runs, including eight in the first inning in their win against St. John’s on Tuesday.

UCLA will also see a familiar opponent in Cal Poly. The Bruins have played the Mustangs 24 times in the past 20 years and have yet to lose. Cal Poly visited Easton Stadium earlier this year for the Stacy Winsberg Memorial Tournament, and junior pitcher Holly Azevedo held the Mustangs to three hits across six innings en route to an 8-0 victory.

However, Sosa said UCLA should be prepared for Cal Poly to make adjustments.

First pitch will be at 7 p.m. on Thursday against Michigan. 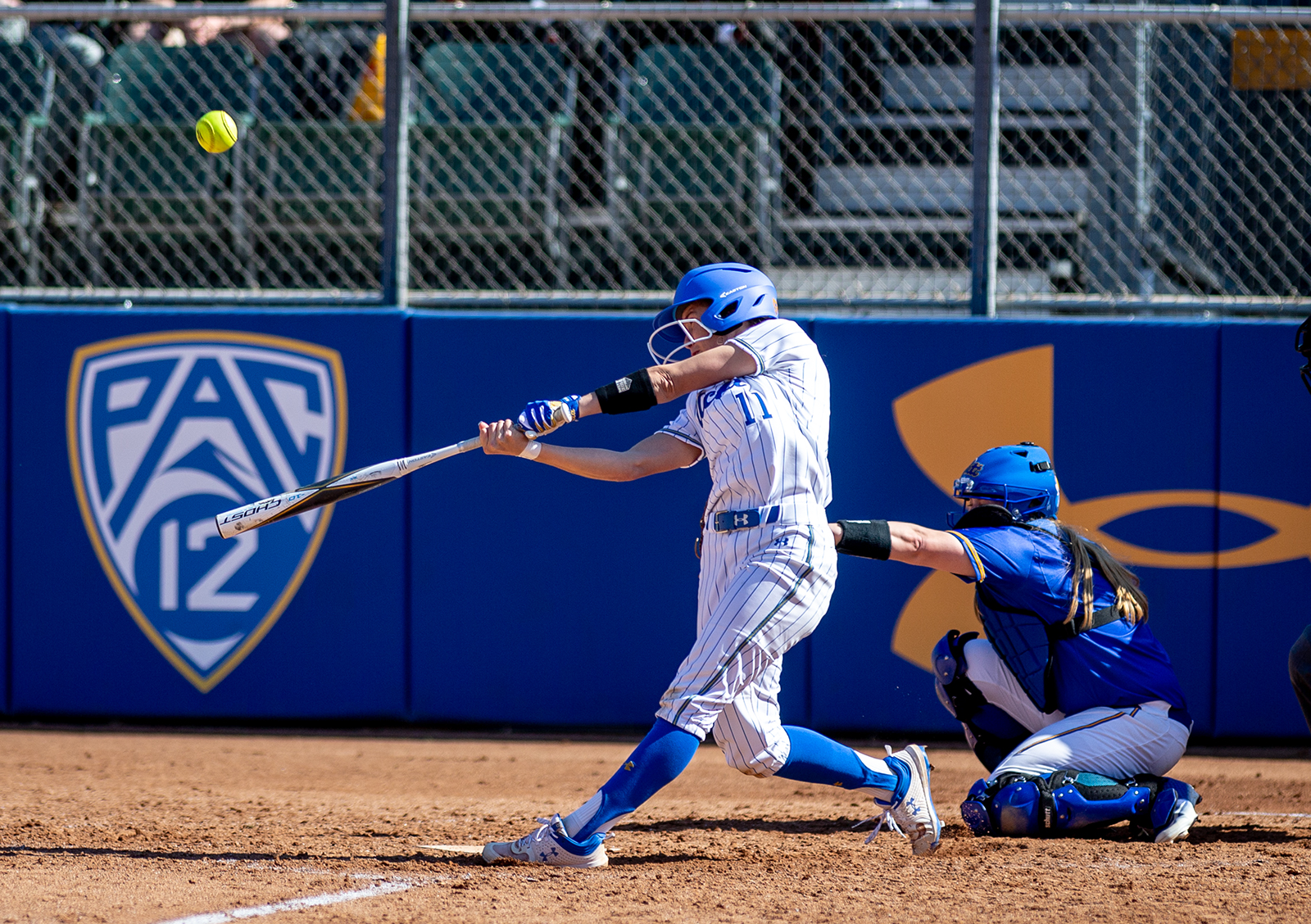 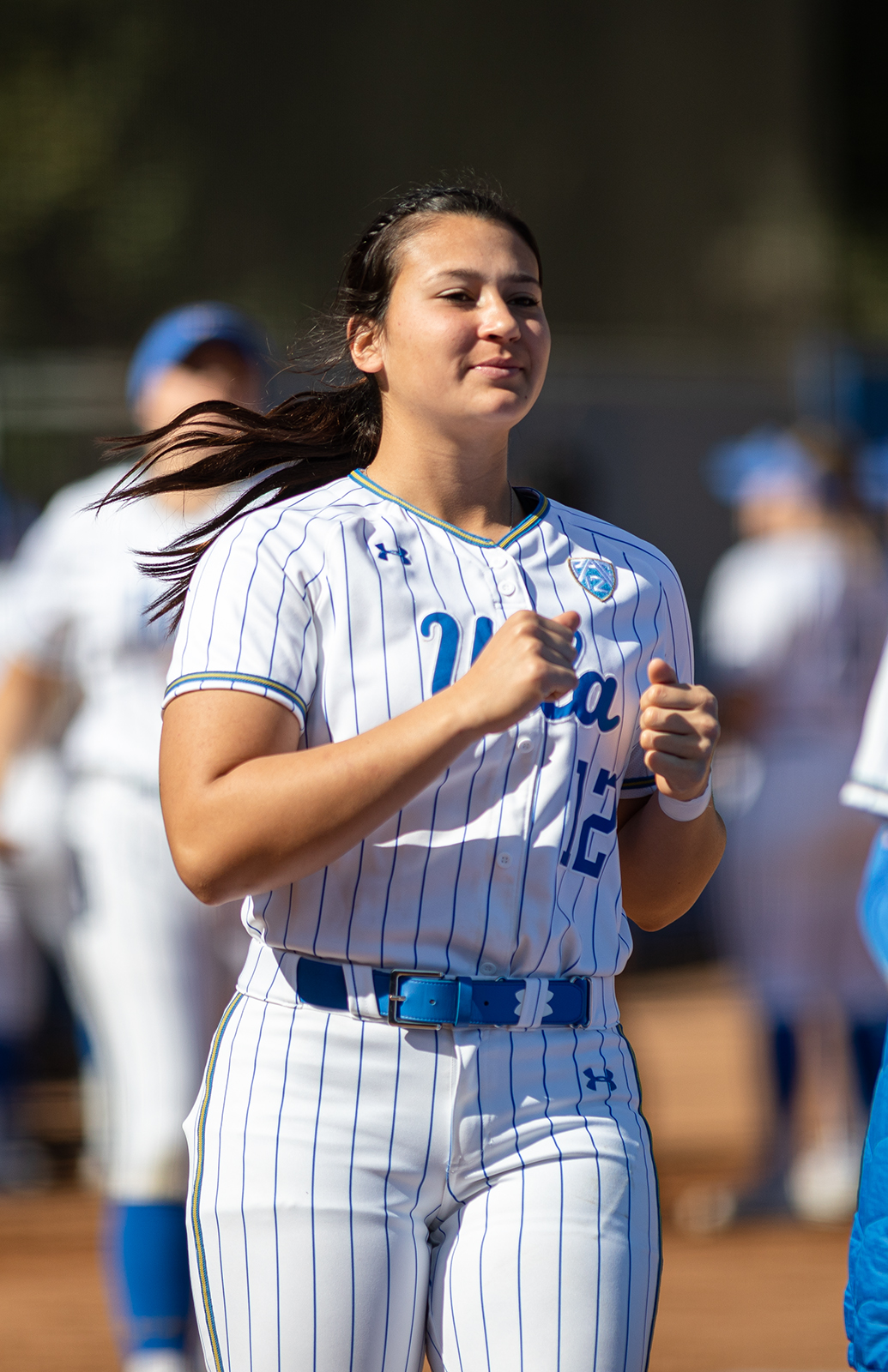