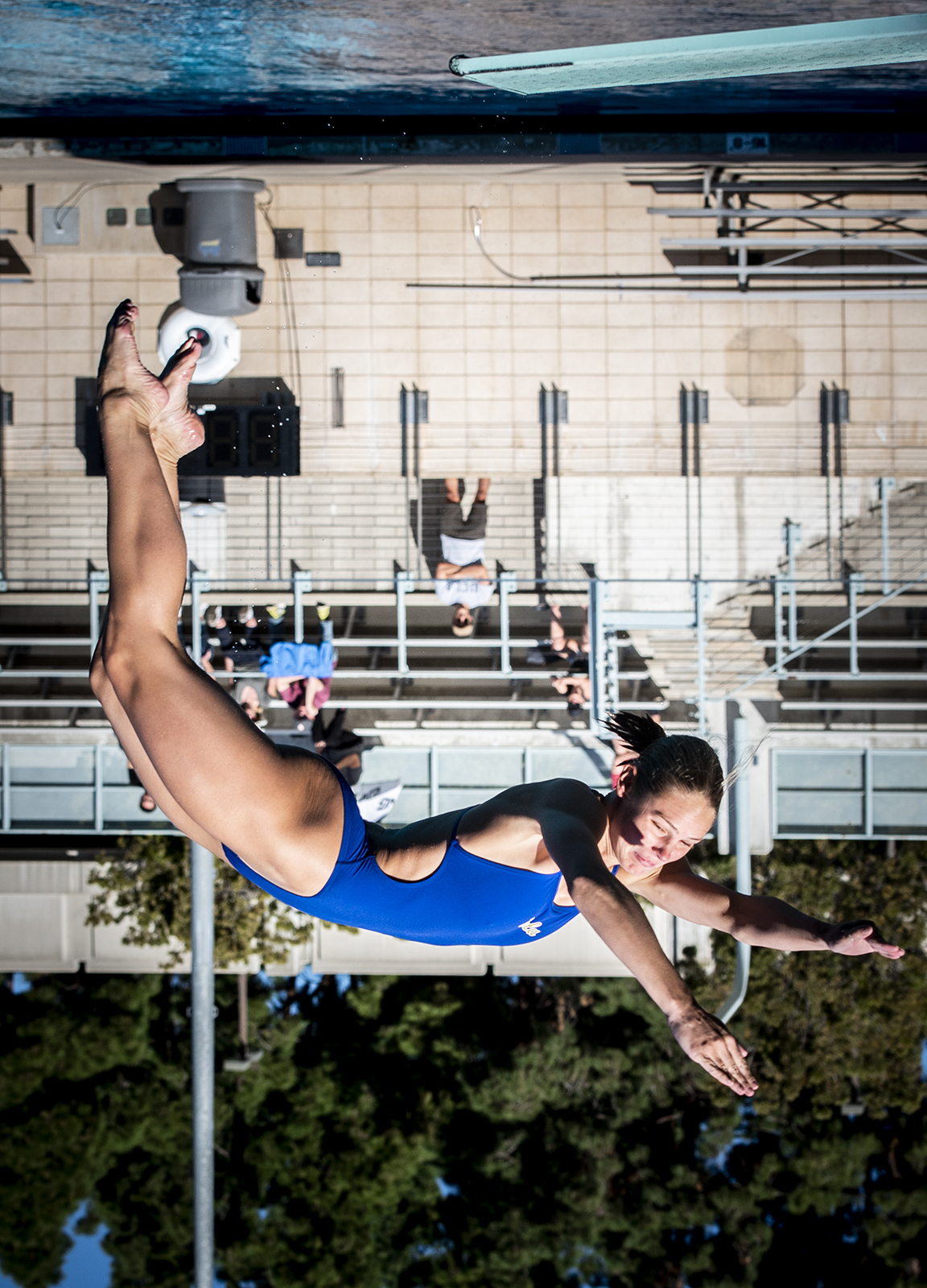 Junior diver Ruby Neave was the only member of No. 24 UCLA swim and dive to win an event at the Pac-12 championship. Neave won the 1-meter springboard with a score of 329.30, making her the third Bruin in a row to win that event. (Amy Dixon/Daily Bruin senior staff)

The Bruins came away from the conference championships with their best finish in more than five years.

No. 24 UCLA swim and dive (7-3, 4-3 Pac-12) traveled to Federal Way, Washington, to compete in the Pac-12 championship from Wednesday through Saturday. The Bruins’ fourth-place finish in the meet was their best since 2014, as UCLA was only outscored by No. 1 Stanford, No. 4 California and No. 8 USC – the only teams UCLA lost to in the regular season.

Liu started the meet off with a career-best time as the leadoff swimmer in the 800-freestyle relay with a time of 1:44.37. Coach Jordan Wolfrum said Liu’s performance helped spark a fire in the team and drive momentum for the great finishes ahead.

“The very first night and in the very first scoring event, (Liu) led off with a lifetime best and top 30 in the country, and I think that moment gave her team a lot of confidence and a lot of excitement,” Wolfrum said.

Liu’s performance also solidified her qualification for the NCAA championship in the event, and she now ranks No. 19 in the country.

On the diving side, Neave won the 1-meter springboard competition with a season-best score of 329.30, making her the third straight Bruin to win the title. Neave also finished third in the 3-meter springboard event.

“It was exceptional, but not only that, she really did it in dramatic fashion and we were kind of working two options for her dive,” Stebbins said. “And after the prelims, we kind of decided to make some moves in the order. She got rewarded for it and ended up moving up ahead of those kids by a couple of points and winning the meet. It was a really exciting way for that to really unfold, and to see her have that moment and that success was really special.”

Neave said she had a successful outing because of her ability to avoid putting pressure on herself.

“I didn’t want to put any crazy expectations on myself and just go out there and have a good crack at it,” Neave said. “It was three or four of us’ first time competing at Pac-12s, and we didn’t have a crazy amount of pressure, and we just had a chance to go out there and do the best we could.”

The Bruin swimmers also set a new school record in the 400-yard medley relay with a time of 3:33.81. Wolfrum said the performances she saw from the entire team during the championship impressed her and exceeded what had previously been expected of the team.

“I was really pleased with our performances from top to bottom. We outscored our seeded time and our seeded places, which is really exciting. We were predicted to score about 600 points in total and we almost hit a thousand,” Wolfrum said. “It’s one of our biggest ways to qualify for NCAAs, and that is an important chance for us.”

The Bruins had 14 swimmers qualify for the finals for their respective events, including senior Amy Okada, who finished fifth in the 200-meter butterfly.

Okada said the Bruins’ trip to Washington was special to her, as she is set to graduate in June.

“I just enjoyed every moment since it’s my last Pac-12s,” Okada said. “I just enjoyed coming off the bus, listening to music with everyone and watching the parents dance and cheer for us.”

UCLA will now turn its attention to the beginning of NCAA competition, starting with next week’s NCAA Zone E Diving Championships, which will run March 9 through 11.

“The (Pac-12 championship) is great preparation for zones, and the conference is loaded,” Stebbins said. “There are great coaches and great athletes. It is a difficult meet to get through. You have to be really tuned up, have to feel good, have to look good and you have to be good.”