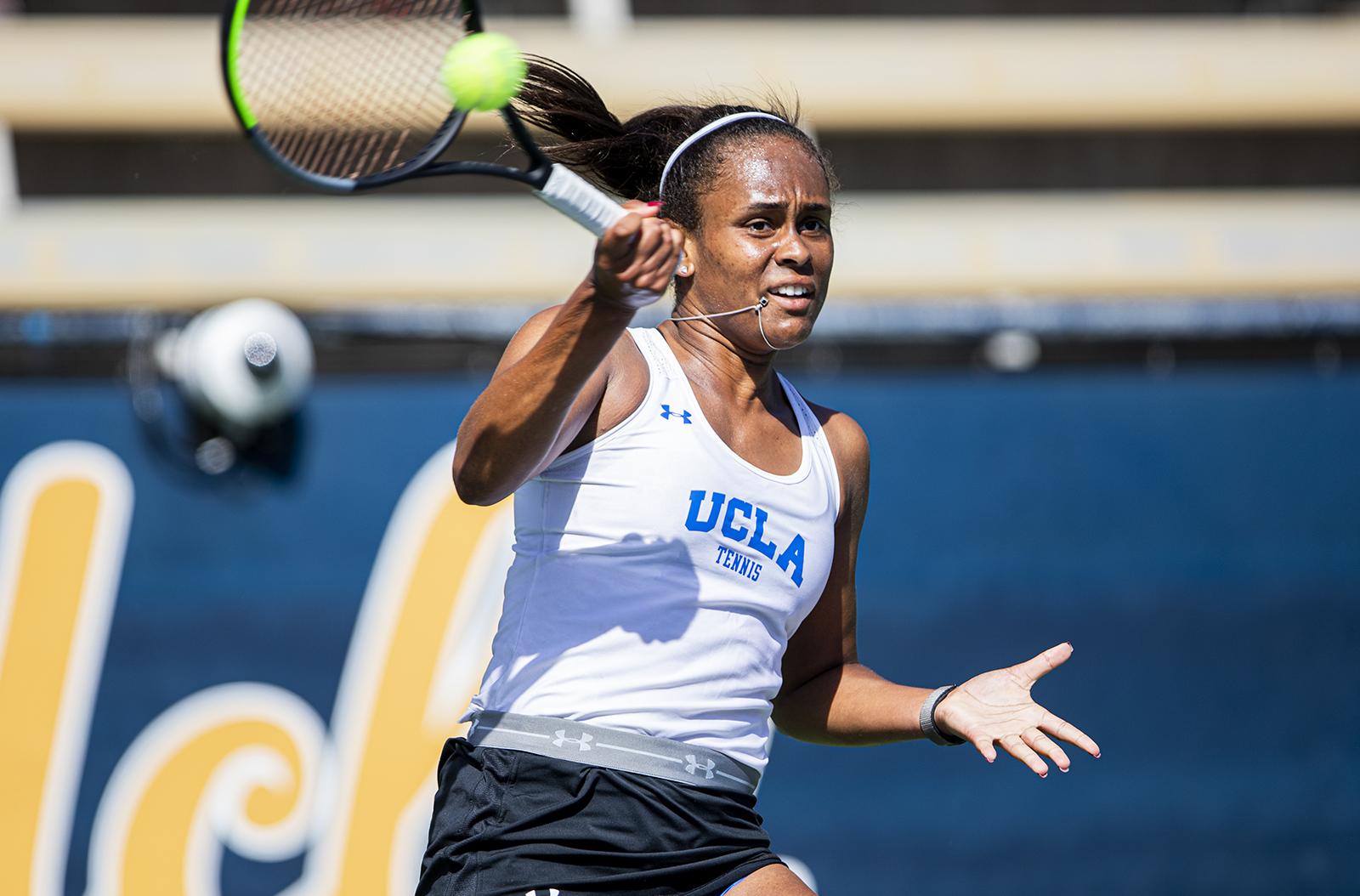 After losing her first singles match of the dual-match season against USC on Friday, freshman Abbey Forbes bounced back to record a 6-4, 6-1 win Saturday against Pepperdine for UCLA women’s tennis’ second point of the day. (David Rimer/Daily Bruin)

All eyes at the Los Angeles Tennis Center shifted to courts four and five.

The Bruins held a 3-1 lead over the Waves after freshman Abbey Forbes and redshirt senior Jada Hart secured singles wins on courts two and three. With the team needing one more singles win to earn the team victory, juniors Abi Altick and Annette Goulak were in the midst of second set tiebreakers after each winning their first sets.

The clinching win came on court four, as the home crowd erupted in cheers when Altick rallied to win her tiebreaker, which clinched the eventual 4-3 victory for No. 8 UCLA women’s tennis (10-1) over No. 17 Pepperdine (6-4) on Saturday.

“It was a really good feeling,” Altick said. “It doesn’t happen all the time, so I think I did a good job of embracing my teammates on the side and using their energy to get me through.”

Altick took a 5-3 lead in her second set against Pepperdine’s Lisa Zaar after picking up her first set 6-1 – one set away from giving UCLA its second singles point. Zaar came back to force a tiebreaker in this set, however, and Altick would have to play the extra points that ultimately decided the match. Altick and Goulak had also clinched the doubles point for UCLA with a 6-3 victory over Pepperdine’s Zaar and Daria Kuczer.

“(Altick)’s played some very long points, it’s very mental for her,” said coach Stella Sampras Webster. “(Zaar) came back and played really good tennis, so (Altick) really had to stay strong mentally to stay in it, and she did. She didn’t break down, she really fought hard and it was great to see her succeed and get the clinch. It’s all about momentum, and I think the home crowd gave her some extra energy.”

Forbes – who earned the Bruins’ first singles point with a 6-4, 6-1 victory over the Waves’ Jessica Failla – also said the home crowd played a big factor in her success.

“Playing at home is always an advantage,” Forbes said. “I have the Bruin nation behind me, which makes me feel a lot better. In those tough situations, the crowd makes it so much easier to get through it and have confidence in myself.”

With the win, the Bruins improved to 56-18 all-time over the Waves. The win also secured a two-match weekend sweep of the Bruins’ Southern California rivals, after UCLA defeated USC 5-2 on Friday at Marks Stadium

“Both matches were awesome,” Forbes said. “It was a great first experience for me and (freshman Sasha Vagramov). It’s a great start, I think that it’s going to be a long season and we’ll get a lot more matches like this that will push us and make us stronger as a team.”

Sampras Webster said the team will look to build off the momentum it built in the last couple of matches, especially as it begins conference play next weekend.

“This was a great weekend,” Sampras Webster said. “I think everyone should be feeling pretty confident going into next weekend, but it’s not going to get easier. Every match is going to be tough, and we have to be mentally and physically ready to go.”

UCLA will travel to Northern California to take on California and No. 6 Stanford on Friday and Saturday, respectively. 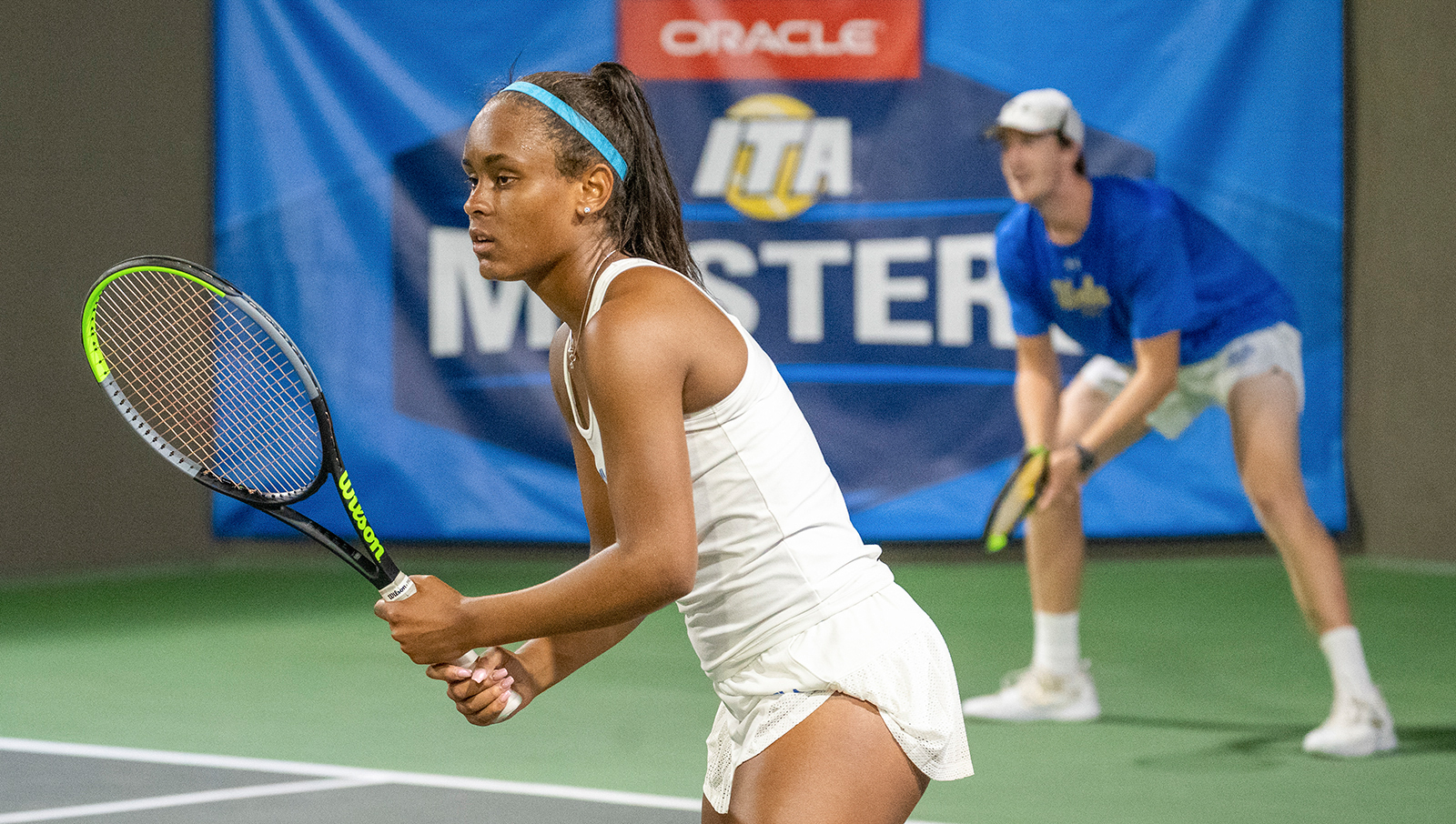 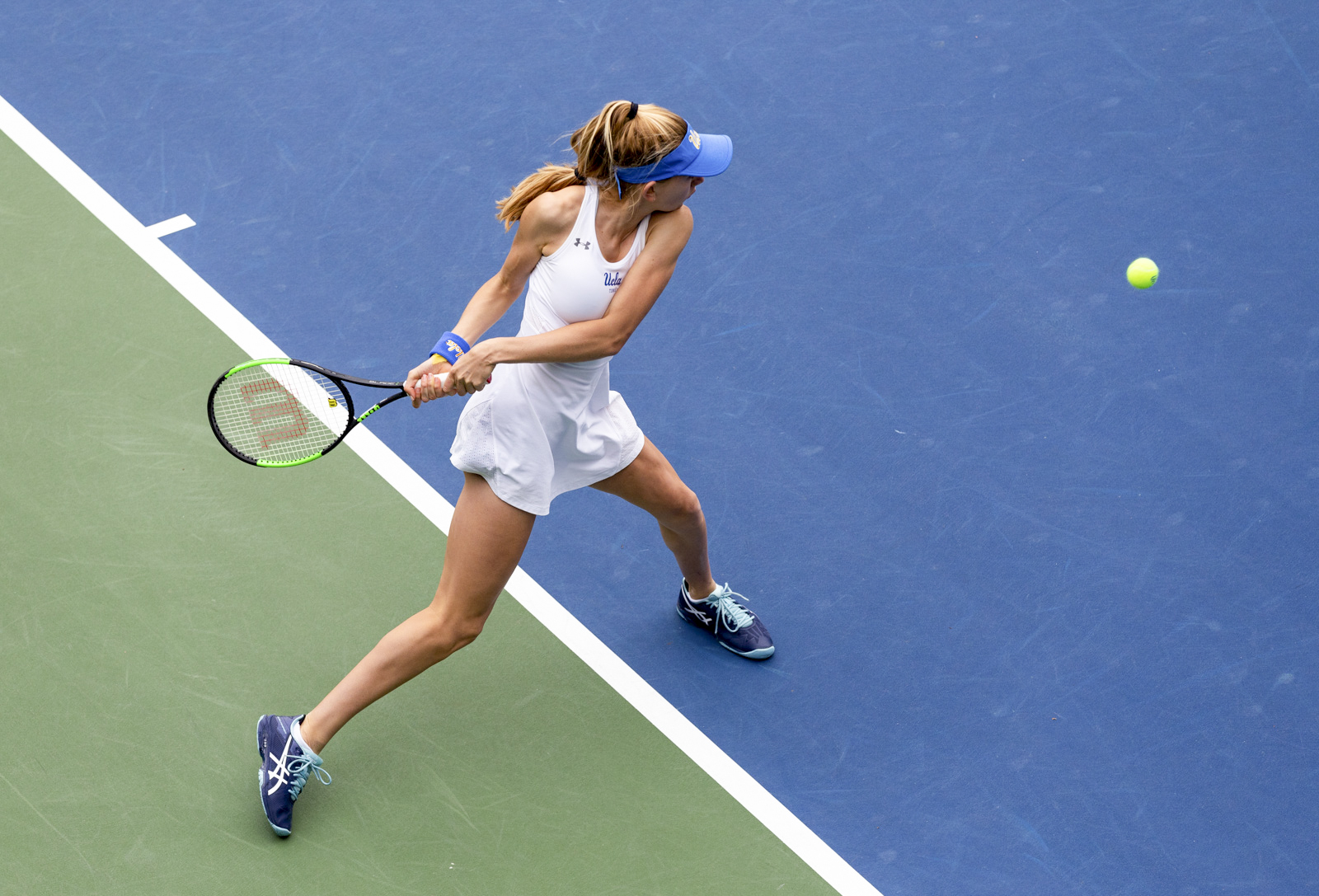