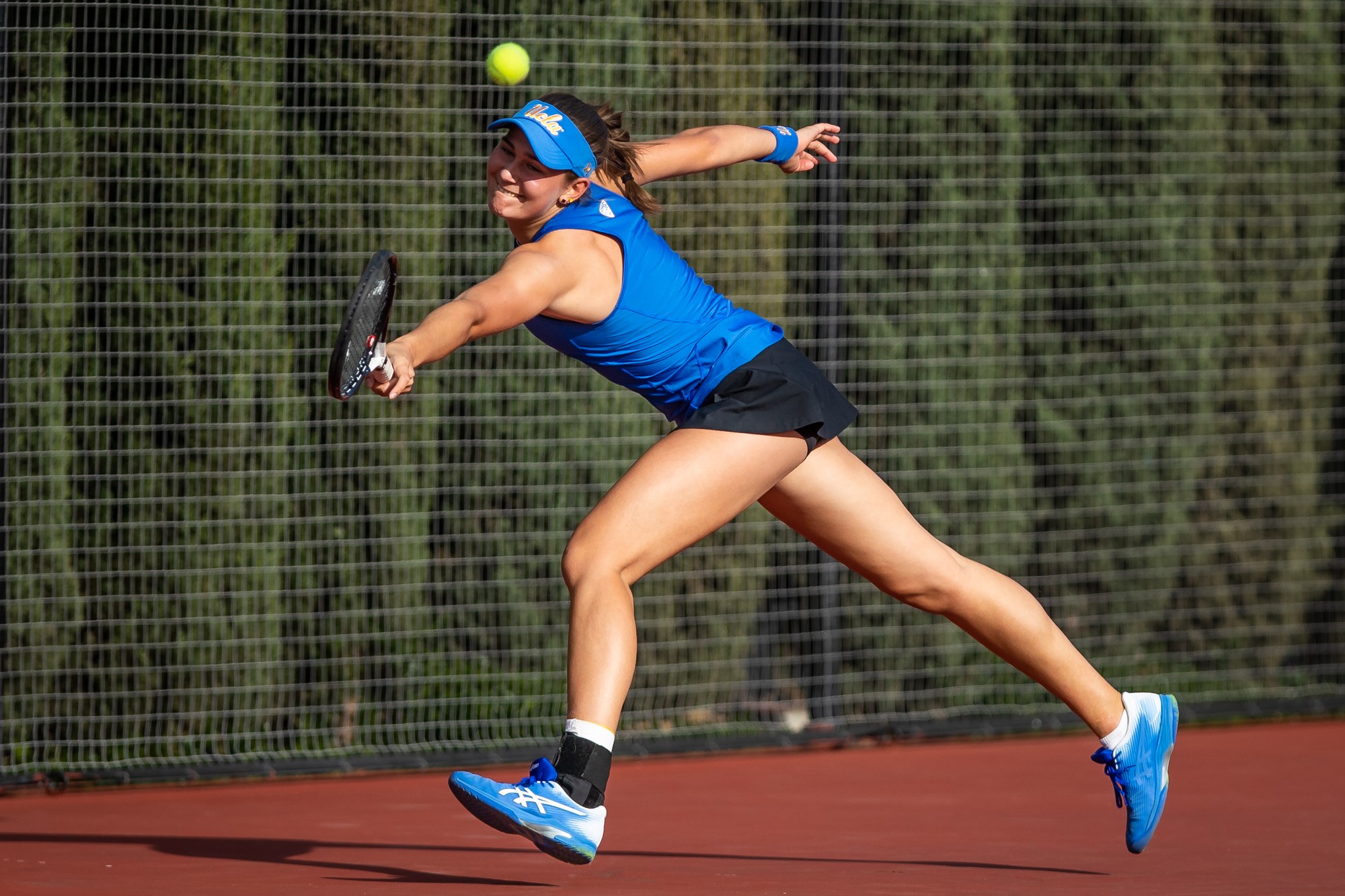 MARKS STADIUM — One singles win stood in the way of a victory against the Bruins’ crosstown rivals.

With the score sitting at 3-1 for nearly an hour, the Bruins waited for their fourth point – and it once again came from freshman Sasha Vagramov.

The freshman provided the winning point for No. 8 UCLA women’s tennis (9-1) as it came away with a 5-2 victory over USC (6-4) at Marks Stadium on Friday.

After Vagramov lost the first set against USC’s Constance Branstine 6-4, she came back to win the second and third sets 6-4, 6-4 to clinch the victory.

“It’s funny because it’s not something I try to do, it just keeps happening,” Vagramov said. “I feel good, (especially because) the atmosphere was way more intense. (In a match like this), you can’t really scoreboard watch or anything, we just have to work and focus on our own court, one point at a time.”

Dating back to the first round of the ITA indoors against Illinois, Vagramov has now clinched UCLA’s last five victories.

“It’s great to win, and for her to be the one to finish is pretty cool, she definitely loves it,” said coach Stella Sampras Webster. “She’s definitely gotten a lot of attention for that and it’s great that she’s been able to win that point for us, especially under all that pressure.”

The Bruins picked up their ninth doubles point in ten matches this season with wins on courts two and three. Juniors Abi Altick and Annette Goulak clinched with a 6-4 victory after freshman Abbey Forbes – who was named Pac-12 Player of the Week last week – and sophomore Taylor Johnson picked up a 6-1 victory on court two. Sophomore Elysia Bolton and redshirt senior Jada Hart, however, lost their first doubles match of the season.

“The other team was very aggressive,” Sampras Webster said. “When you play someone like that you have to be very sharp, and (Hart) and (Bolton) weren’t able to do that – but I know they’re better than that.”

However, both Hart and Bolton were able to bounce back in singles, as each provided straight set wins over their respective opponents that gave UCLA the 3-0 lead.

“We both knew that our doubles play today wasn’t the best,” Bolton said. “We knew this team was going to be tough so we wanted to come out, show up and lead the team (in singles play) even though we lost in doubles.”

After Goulak fell 7-6, 6-2, to the Trojans’ Ana Neffa, all eyes were on courts two and six as the fate of the Bruins was left in Vagramov and Forbes’ hands.

“We always want to beat ‘SC,” Bolton said. “There’s always going to be a lot of energy. Even though it’s nonconference, we knew we had to really show up and that they were going to show up, and it was going to be tight no matter what.”

With the win, UCLA extended its all time lead over USC to 51-47, with one more matchup against the Trojans to come this season at home on April 17.

“Every time we come and play here, it’s unpredictable,” Sampras Webster said. “We came out a little nervous, but we fought back and won this match just by competing. I’m happy for them, but we’ll have to play better in our match tomorrow.”

UCLA will be back at home to face No. 17 Pepperdine for its last match before conference play. 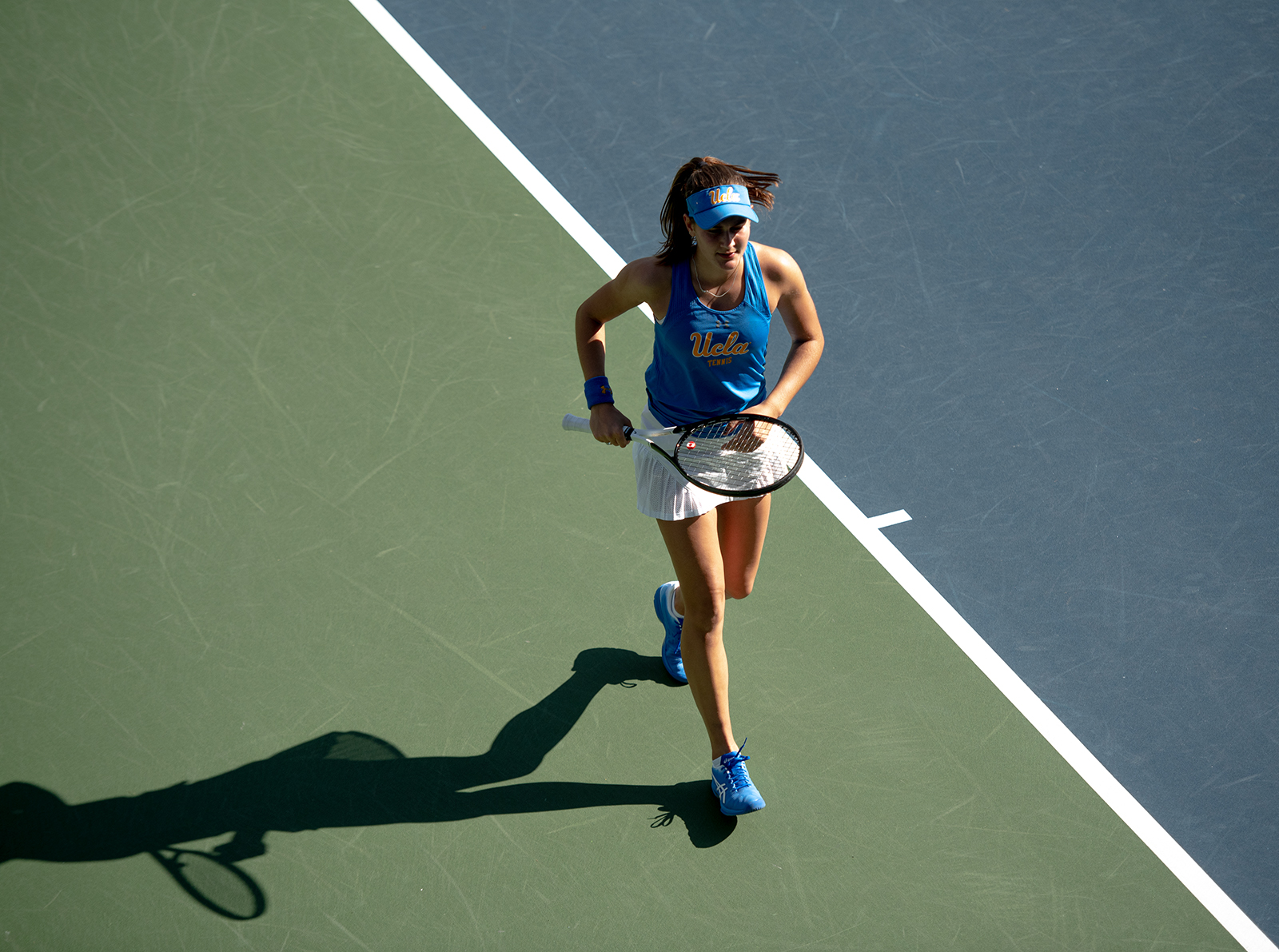 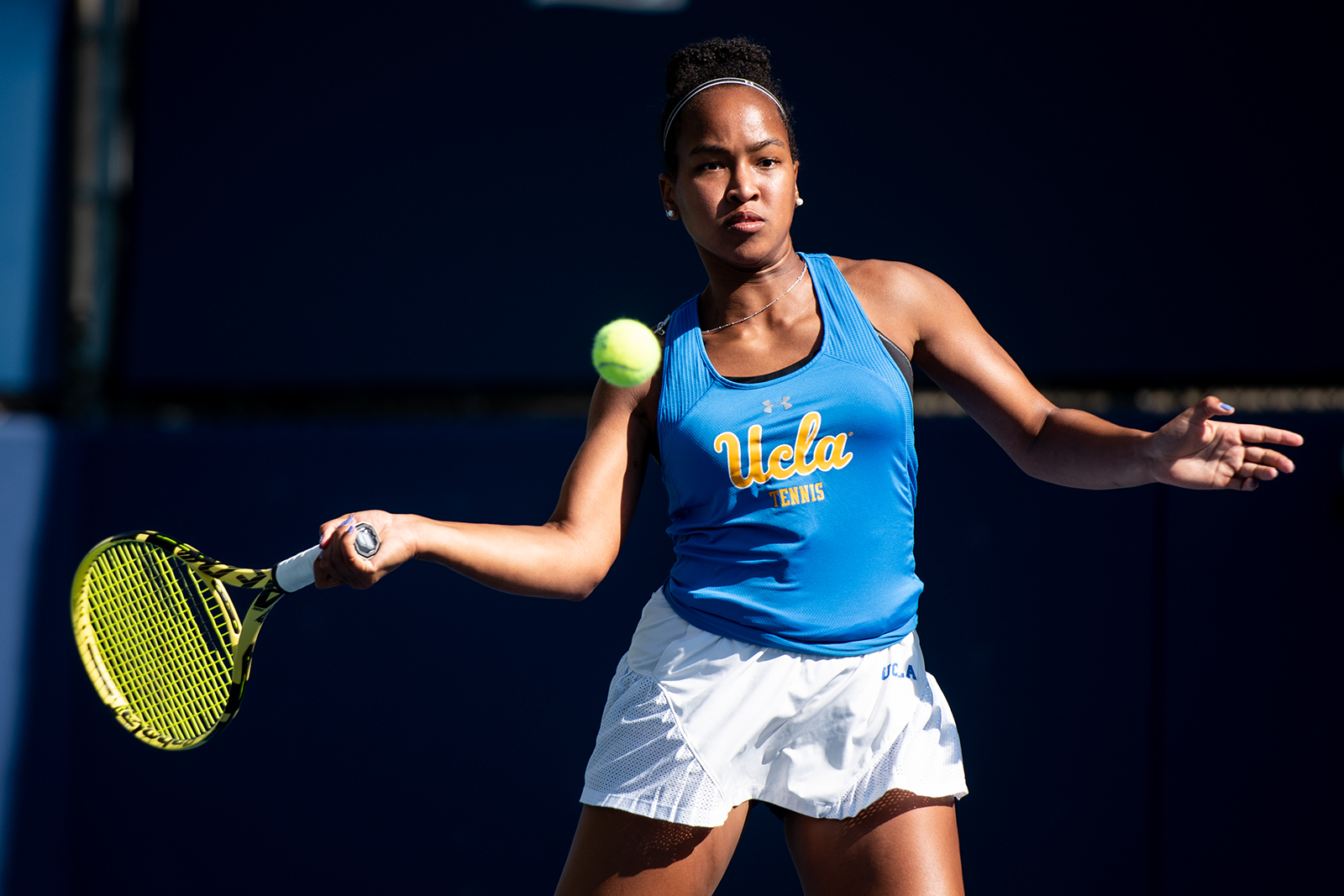 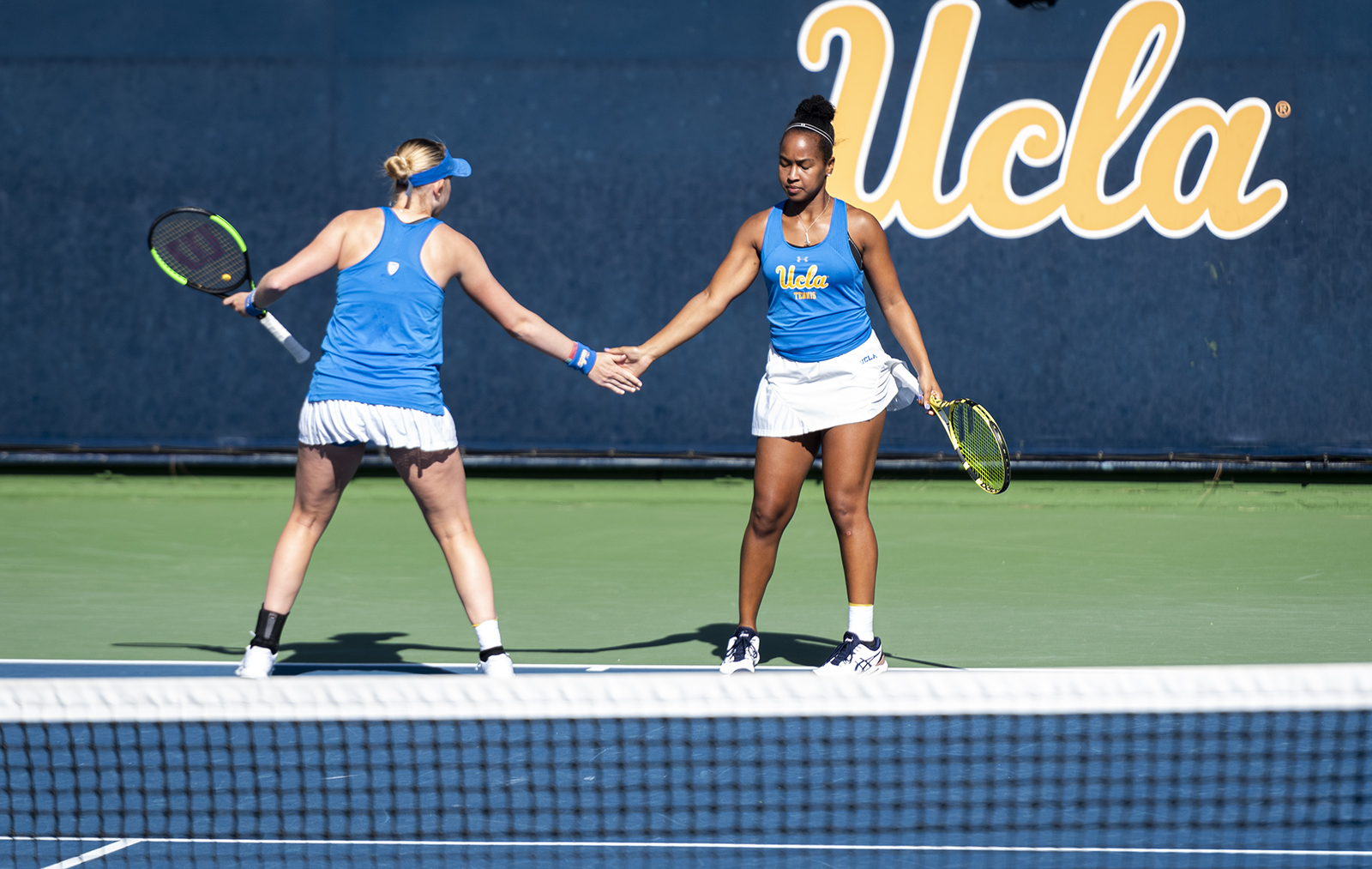 Women’s tennis beats No. 1 Stanford in indoor championship, falls to UNC in final