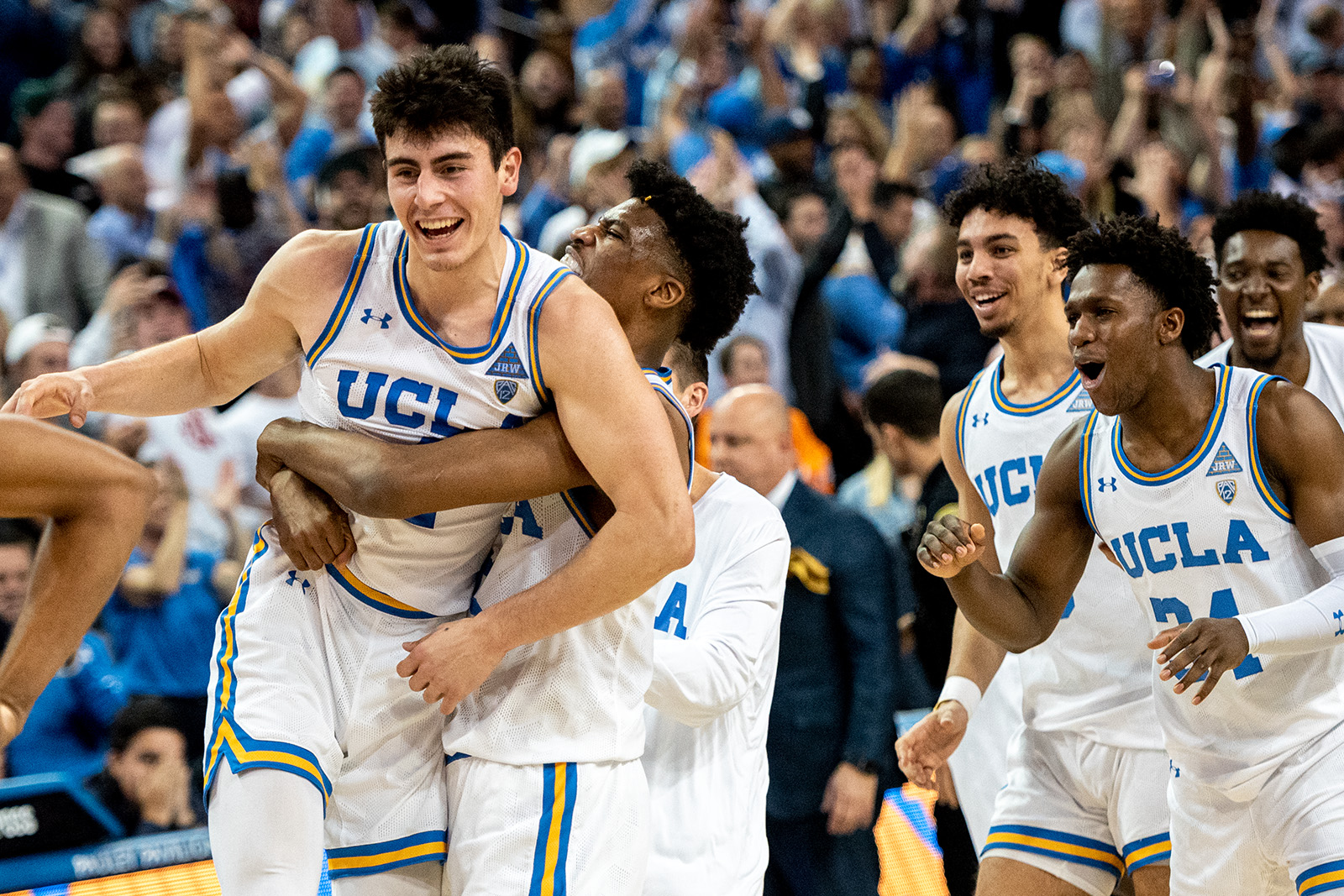 With the game tied 72-72, redshirt freshman guard Tyger Campbell drove down the floor and dished the ball to Jaime Jaquez Jr.

From deep behind the top of the 3-point line, the freshman guard/forward lined up his shot, and let it go.

With 0.6 seconds left on the clock, swish – it went in. And Pauley Pavilion erupted.

“(Jaquez) was just so open and I knew he was going to hit it,” Campbell said. “He stepped into it and it was cash – it was cash when it left his hand.”

At the 1:45 mark, the Bruins had three opportunities to take the lead, trailing the Sun Devils 72-71. But even after two offensive rebounds, they couldn’t cash in. After a stop at the other end on the Sun Devils’ next possession, one made free throw by Campbell tied the game.

Jaquez’s go-ahead 3 was his second of the game, as the freshman went 2-of-3 from deep on the night.

“I couldn’t hear anything, it was really, really loud,” Jaquez said. “But I know one thing – shooters shoot.”

But the Bruins wouldn’t have been neck and neck with the Sun Devils if not for Jake Kyman’s five 3-pointers in the first half.

The freshman guard/forward sank his first triple with 7:14 left in the first half, cutting the Bruins’ deficit to five.

With UCLA down by five, at the 6:44 mark, Kyman took a shot from even further behind the 3-point line and watched it go down. On the ensuing Bruin possession, Kyman’s next 3-pointer was taken from the left corner and swished through the net for his third-consecutive deep-range conversion, giving the Bruins a one-point lead.

“My confidence was building,” Kyman said. “Confidence just goes up and (Campbell) pressed the guys to find me when I was open, so I was shooting them and they were falling.”

Scores from junior guard Chris Smith and redshirt sophomore center/forward Jalen Hill pushed the UCLA lead to one and three points by the 4:18 mark, and another Kyman 3-pointer pushed made it six.

Kyman rounded out his 19-point first half with one last make from deep, this time with 0:36 seconds to go. The freshman had posted the third-most point in his career in just 12 minutes on the floor, averaging just 11 minutes per game previously.

Sun Devil guards Remy Martin and Rob Edwards did their best to answer Kyman’s shooting spree, as the duo combined to drill 10 from downtown on the night. Those two and guard Alonzo Verge Jr. combined to score 65 of Arizona State’s 72 points, and coach Mick Cronin said he tried his best to game plan for them.

“You’d be hard-pressed to see anybody play college basketball that has three guys that make shots, make plays,” Cronin said. “All three of those guys are extremely tough to defend.”

And after logging eight assists in the first half, redshirt freshman guard Tyger Campbell picked up right where he left off, lobbing the ball to Hill with 11:44 to go for his 12th assist to put the Bruins up by nine.

Despite tallying a career high in assists, Campbell shot 3-of-16 from the field and 1-of-7 in the second half.

“I wanted him to get fouled even more or assist even more,” Cronin said. “But I’m asking him to do so much, and then he’s got to go down the other end and guard a guy that took 24 shots. So he’s completely exhausted, in fairness to him.”

Even with the Bruins’ early lead in the second half, the Sun Devils weren’t done yet.

For the next two-and-a-half minutes, ASU went on a 10-1 run to climb back into the game and retake the lead with 8:05 to play.

And after going back and forth for the remaining five minutes, no team led by more than four points. The Sun Devils outscored the Bruins 37-34 and shot almost 10% higher from the field.

With the win, UCLA jumps to the top of the Pac-12 standings alongside Oregon and will face off with Arizona on Saturday for its final game at Pauley Pavilion this season.

“The truth of it is if we lose the next two, we’re going to be tied for fifth place,” Cronin said. “We’re still a bubble team, so we’ve got to rest up.” 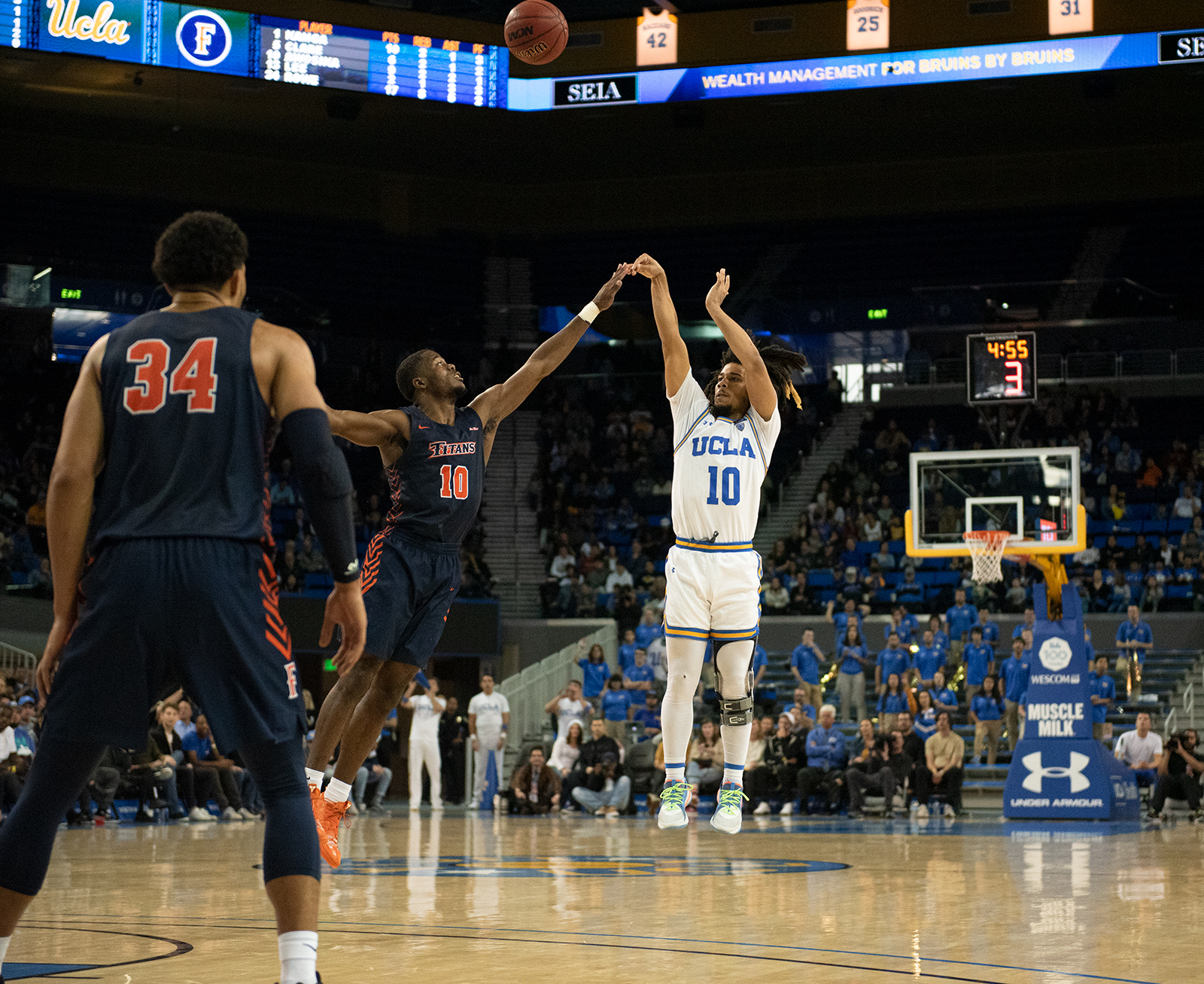 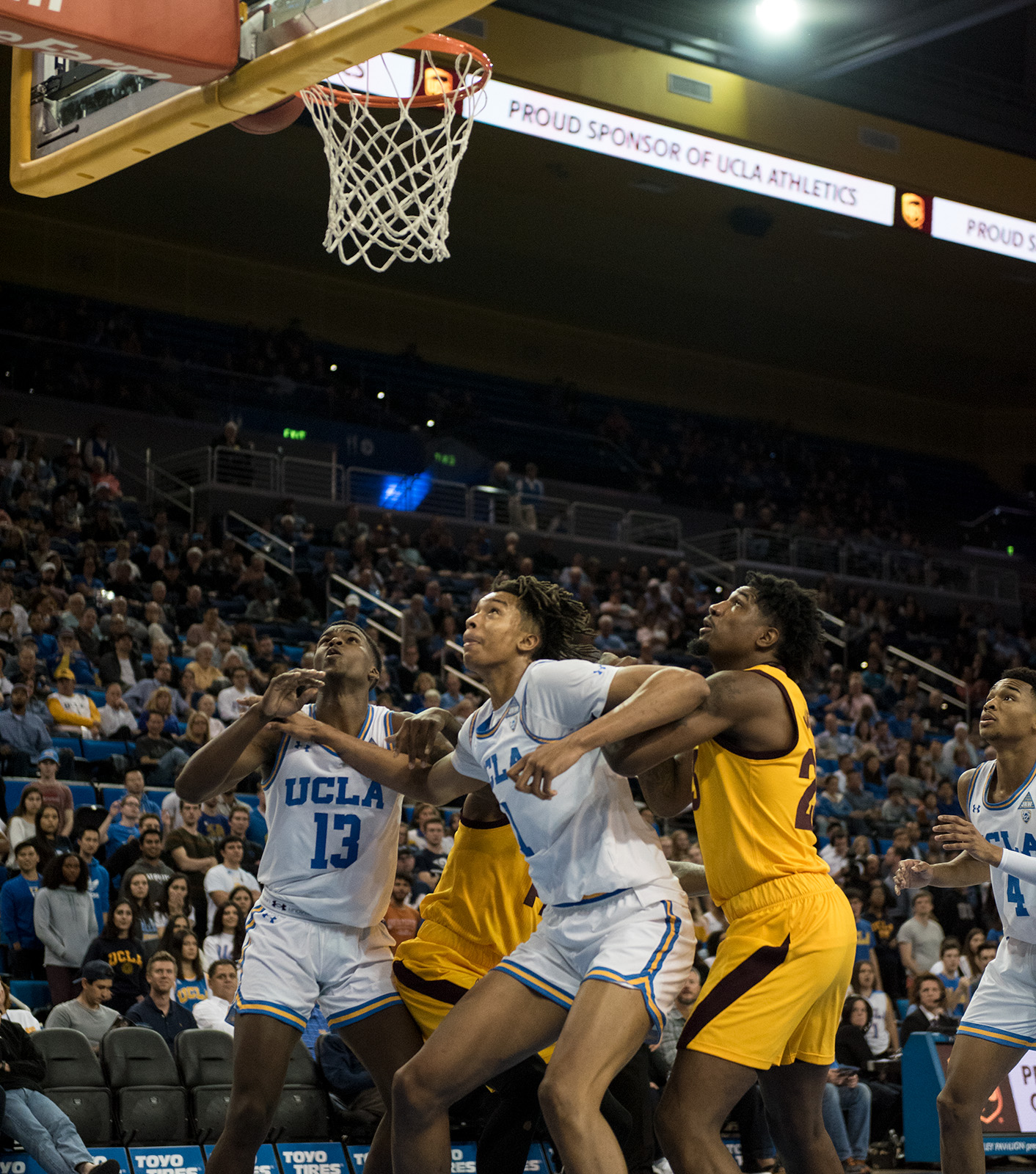