“Yes” on Sydney Kamlager for member of the state Assembly, District 54

Sydney Kamlager’s lengthy legislative record has shown her relentless dedication to her constituents.

The editorial board endorses Kamlager for the California Assembly seat representing Westwood in the 54th District because of her demonstrated commitment to students and advocacy for minority populations.

Kamlager is the incumbent, first elected in 2018 after the departure of fellow Democrat Sebastian Ridley-Thomas. Prior to her term in the state Assembly, Kamlager was appointed as president of the Los Angeles Community College District Board of Trustees and as district director to state Sen. Holly Mitchell.

The other candidates – Tracy Bernard Jones, Glen Ratcliff and Clinton Brown – clearly lack experience and promising platforms. Kamlager boasts a history in the public sphere and has a proven track record on her platforms – especially those related to public school and criminal justice reform.

Most notably, Kamlager co-authored Senate Bill 206, the Fair Pay to Play Act, which was signed into law in September. The bill will give California college athletes the right to profit from their names, images and likeness beginning January 2023. The bill made strides in ensuring labor rights and economic freedom for college athletes operating under NCAA regulations.

Aside from her record on education, Kamlager is a member of both the environmental and women’s caucuses. SB-54 and Assembly Bill 1080, co-authored by Kamlager, aimed to reduce pollution from single-use plastics and packaging. Despite the bills not passing in September, the environment remains at the forefront of Kamlager’s priorities.

Kamlager’s position on the women’s caucus should speak for itself. It’s clear she’s dedicated to protecting a woman’s right to choose, especially in an era when Roe v. Wade protections are being threatened in courts across the country.

This isn’t the first time the board has endorsed Kamlager for this seat. We were right then, and her actions since leave us hopeful we’ll be right again – because it’s clear that Kamlager has the interests of college students in mind.

This board endorsed Rep. Ted Lieu two years ago for his progressive agenda and emphasis on students.

It was the right call.

As such, the editorial board once again endorses Lieu for U.S. representative in California’s 33rd congressional district.

Lieu has been an active legislator in several key areas throughout his term. In 2019 alone, Lieu introduced 38 bills and resolutions of his own and co-sponsored 487 others. Of 435 representatives, Lieu holds the No. 11 spot for most bills introduced.

His bills have tackled issues like financial accountability in government, cybersecurity and the rise of antibiotic-resistant diseases. He’s also emphasized demands close to home, aiming to increase resources for homeless veterans and to fight climate change.

Even on Twitter, on which Lieu has 1 million followers, he is not afraid of vigorously criticizing and engaging in heated exchanges with the president, to the point that there are listicles about his takedowns of Trump. Lieu also uses social media to break down the news of the day for his followers in a digestible way, showing his dedication to making sure his constituents, especially younger voters, are well-informed and civically engaged.

Lieu has consistently made space for students. The board commends his ongoing efforts to include student voices in decision-making through his office’s Youth Advisory Council. Lieu has also been a frequent visitor to campus and a mainstay for UCLA advocacy delegations in Washington.

Opponentwise, it doesn’t seem that Lieu has any serious competition. Liz Barris emphasizes the dangers of wireless radiation, and Albert Maxwell Goldberg does not have a public campaign website.

Then come the three Republicans.

Kenneth Wright, technically a Republican-turned-independent, lost to Lieu by a 30% and 40% margin in 2016 and 2018, respectively. Wright has no political experience and his campaign site desperately lacks information on issues, such as taxes and climate change.

Sarah Sun Liew also has no political experience and ardently supports Trump. The only proposed solutions with more depth than Wright’s are economics-based. And even then, it’s not much more.

James P. Bradley also offers one-sentence solutions in a grand total of two areas: health care and parental rights. The rest of his candidacy rests on a paragraph or so of promises without plans.

The choice is clear. Give Lieu another two years.

After seven years, a high prosecution rate and more than a few criticisms, it’s time for change.

Jackie Lacey is running for her third term as Los Angeles district attorney, but she’s not the only one running with experience in the position this year. She is challenged by both Rachel Rossi and George Gascón, the latter of whom formerly served as a district attorney in San Francisco.

The editorial board endorses Gascón on account of his leadership in pushing for police reforms and making life after incarceration more accessible – a change desperately needed, as Los Angeles continues to be one of the world’s largest mechanisms of mass incarceration.

While Lacey faces backlash for her actions related to capital punishment and police prosecution, her competition offers a more revitalized and progressive approach to the position.

Change for the better came under Gascón’s tenure in San Francisco. A former assistant chief of the LA Police Department, Gascón’s vision for criminal justice reform is unmatched. He co-authored Proposition 47, which reduced nonviolent drug possession from a felony to a misdemeanor and was supported by 80% of San Francisco voters. Proposition 57, another reform Gascón supported, allows nonviolent felons easier access to parole. He also championed reforms to expunge thousands of marijuana convictions after legalization and has taken steps to shut down juvenile detention in San Fransisco – making it the first major city in the U.S. to do so.

While violent crime rates did increase by 15% in San Francisco during his term, they grew by 31% in Los Angeles under Lacey.

Her exorbitant prosecution rates clearly aren’t working, and her policies are even more harmful. The current DA has placed multiple inmates on death row, despite concerns over racial biases.

In contrast, Gascón plans to ensure prosecutors make charging decisions without knowing the race of a suspect or victim – a significant step toward eliminating racial bias during prosecution. During her term as DA, Lacey has been highly criticized for her reluctance to charge officers involved in shootings, while Gascón has lobbied for legislation to more strictly regulate the use of force.

If Lacey doesn’t support second chances for those who have served their time, voters in Los Angeles shouldn’t give her another chance to prosecute.

It’s time for a new DA in town, and Gascón will get the job done.

Los Angeles County has the largest jail system in the nation, with an average of 17,000 inmates per day.

But under Measure R, LA has a chance to make that number shrink.

The measure would increase internal accountability, facilitate community involvement and redirect a predicted $3.5 billion toward alternative treatment options for current and future inmates – and it is for these reasons that the editorial board endorses Measure R.

The change would allow the Los Angeles County Sheriff Civilian Oversight Commission to subpoena witnesses and documents relevant to inmate complaints, expediting the process and allowing for greater community oversight to prevent abuses and increase accountability. The measure would also mandate that the commission create the Comprehensive Public Safety Reinvestment Plan, which would present comprehensive strategies to reduce LA inmate populations via increased mental health treatment and rehabilitation resources.

The board is not alone in supporting this change – Measure R is backed by multiple activist groups, including Reform L.A. County Jails, Showing Up for Racial Justice and the American Civil Liberties Union.

Opening more doors to rehabilitation options will undoubtedly help the community and the increased flexibility proposed by Measure R would fulfill that goal. According to national statistics from the National Alliance on Mental Illness, about 15% of men and 30% of women in the jail system have a severe mental illness. As it stands, the hundreds of millions of dollars that are spent to sustain the LA County jailing system mean taxpayer dollars won’t go toward meaningful improvement unless new pathways for rehabilitation are implemented.

And Measure R could do that. The Los Angeles County Sheriff Civilian Oversight Commission is composed of representatives of county supervisors and community members. It’s a group distanced from the law enforcement system, and this measure would allow it to represent the community more fully and effectively.

The measure is not without its opponents – one of whom is LA County Sheriff Alex Villanueva. He has said his department already publishes everything it is legally allowed to online and that the idea of writing the subpoena processes into law would be unnecessary.

But for a county with overflowing jails and vast expenditures to maintain them, Villanueva could use all the help he can get – especially from an outside group.

But voting “yes” on Measure R is a good way to make it happen sooner.

Judge of the Superior Court endorsements

There are 26 individuals running for the position of judge of the Superior Court in the Los Angeles County primary. The editorial board has endorsed one candidate for each office on the premise that local judges are responsible for providing unbiased rulings in favor of swift justice. As such, the board’s endorsements are based on a culmination of factors, including candidates’ work histories, qualifications, mission statements and experience within the judicial system, as well as other factors the board has deemed pertinent. The names below reflect “yes” endorsements in each of the 12 offices.

Judge of the Superior Court, Office No. 131 – Michelle Kelley (unopposed)

Judge of the Superior Court, Office No. 141 – Lana Kim (unopposed)

Judge of the Superior Court, Office No. 42 – Robert “Bob” Villa

Judge of the Superior Court, Office No. 72 – Steve Morgan

Judge of the Superior Court, Office No. 76 – Emily Cole

Judge of the Superior Court, Office No. 80 – Nick C. Rini

Judge of the Superior Court, Office No. 97 – Timothy D. Reuben

Judge of the Superior Court, Office No. 129 – Kenneth M. Fuller

Judge of the Superior Court, Office No. 145 – Troy Slaten

Judge of the Superior Court, Office No. 150 – Manuel Alejandro Almada

Judge of the Superior Court, Office No. 162 – Scott Andrew Yang 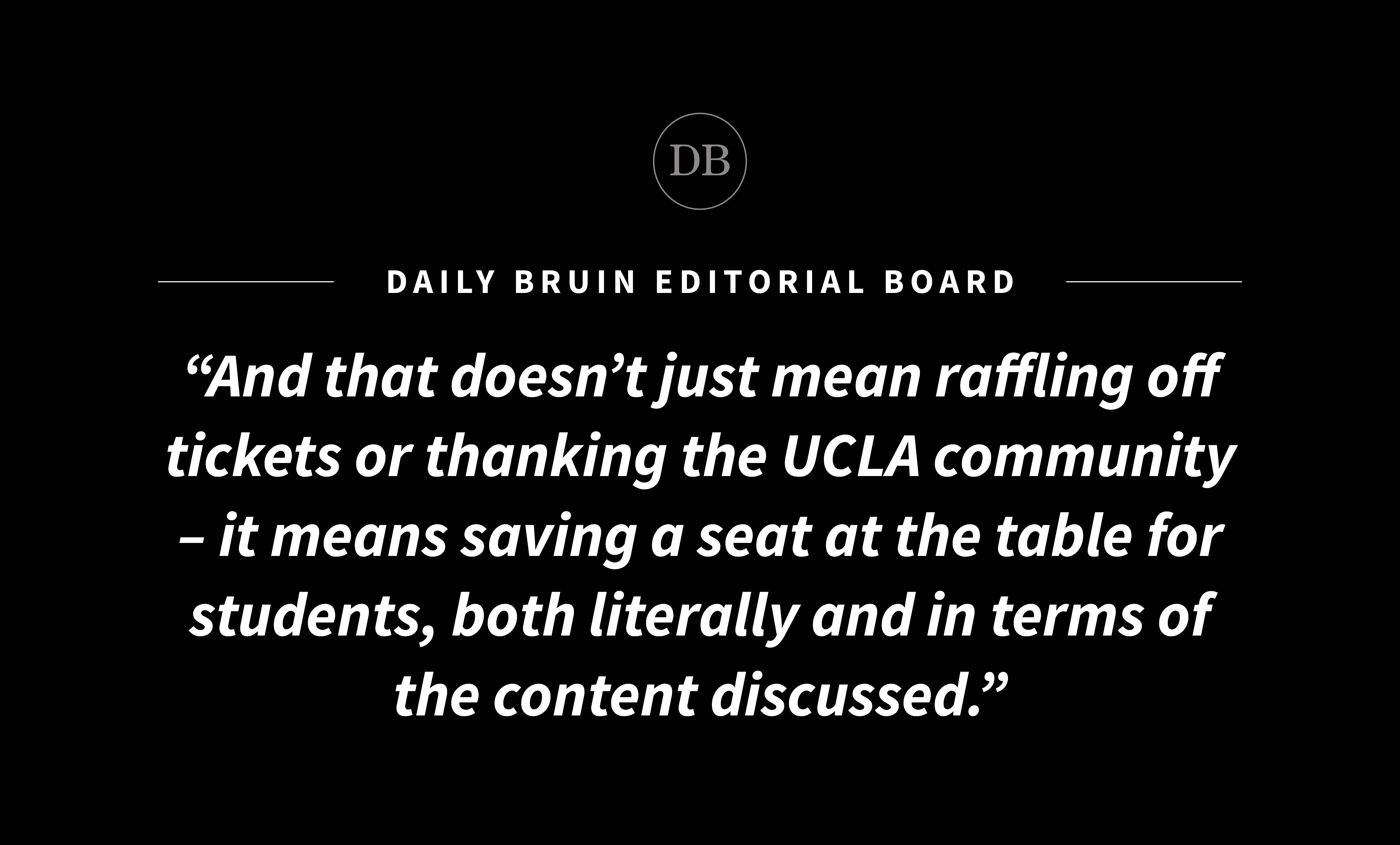