Shifting to an open curriculum would allow students to explore interests, passions 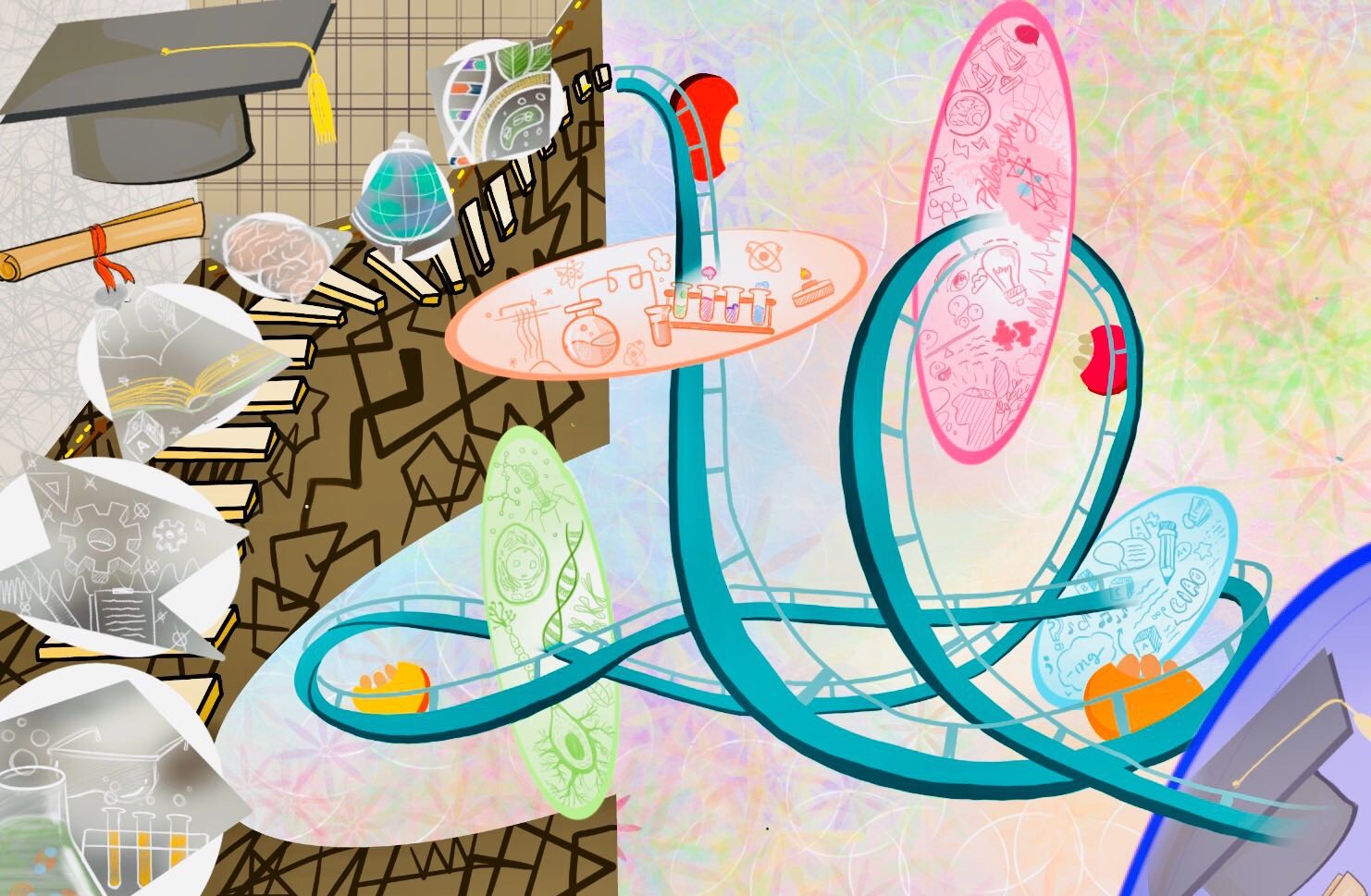 For an incoming Bruin, over 130 majors and a world-renowned campus can feel overwhelming.

But the endless options are forever limited by UCLA’s core curriculum.

UCLA offers a core curriculum system of classes, which requires students to fulfill requirements in set categories of subjects for general education in order to graduate, only differing slightly among the university’s five different colleges.

In contrast, several universities including Brown University and Vassar College have a flexible or open curriculum, in which students have more autonomy over the courses they take outside of their majors.

For example, Brown’s only universitywide requirements for students are to complete 30 courses, including their version of a major and demonstrate competency in written English. Besides these requirements, students can take the lead when it comes to crafting their own educational experience.

And it’s not just private institutions with this approach – public universities such as Evergreen State College have implemented open curriculum programs as well.

UCLA is comprised of thousands of students with countless passions. An open curriculum would be more advantageous for such self-motivated students, rather than the strict general education categories required by the core curriculum. It offers the opportunity to take higher education into their own hands without worrying about endless university mandates. And at a notoriously overenrolled public university, this freedom would relieve the pressure of getting into high-demand classes students need to graduate.

With the benefits in mind, UCLA should implement a similar program to the open curriculum – even if only a pilot model to test the effects.

“I think part of it’s good because you would have more of a choice in what you take, so you can take things that are more interesting to you and not just stuff you kind of just have to take,” Wannenwetsch said.

Not only does this give students more control, but it also causes measures of academic performance to be more reflective of their individual interests.

And that change will likely reflect in students’ grades.

Under an open curriculum, students are encouraged to take interdisciplinary courses they are interested in and choose to take – and this level of interest in the subject material will surely translate to a GPA boost.

Employers want to see applicants’ competencies in their areas of interest, not in those required by their school. New graduates applying to jobs or graduate school would thus present more individualized and precise resumes, including transcripts that reflect their personal interests, not UCLA’s.

Chloe Winnett, a second-year human biology and society student, agreed that an open curriculum would be a very useful tool for high-achieving students who are eager to begin their own career paths.

“I’d love (an open curriculum),” Winnett said. “But I do think that there are many students at this school, especially given that it’s a public university, who really rely on the structure of their major.”

But that structure can also lead to major downfalls – usually in the form of not getting enough classes.

In the past year, UCLA has proposed enrollment caps because of the unprecedented number of students. Housing shortages are at an all-time high for undergraduates and graduate students. Facebook buy and sell groups have created a black market for required classes, and Statistics 10: “Introduction to Statistical Reasoning,” which is a required course for multiple majors, filled up in less than five days.

Under an open curriculum system, students wouldn’t need to fight over enrollment spots – because five different majors wouldn’t require a single class. Instead, students would be encouraged to take courses of interest to them, and not getting a specific class wouldn’t mean an extra quarter at UCLA.

Given, it is true that the structure of core curriculum requirements can be important to keep a student on track while encouraging them to branch out of their comfort zone into subjects they may not have tried otherwise.

“A pro of how UCLA does it is that you’re forced to explore, because you don’t know if you don’t like something until you’ve tried it,” said Madison Westergaard, a third-year computer science student.

But the current system of core curriculum can actually hinder students, rather than help them explore the variety of courses UCLA has to offer.

“I do feel really locked into my major, like I can’t go out and do much because most of my GEs were already taken care of by my cluster (class),” Winnett said.

Open curriculum helps to solve this problem by allowing students to structure the number of classes they take outside of their major area of study. Additionally, it gives students the freedom to determine when they complete their chosen courses, which furthers the exploration of interdisciplinary subjects.

Of course, there are concerns that the open curriculum would cause students to become hyperfocused on the subjects with which they are comfortable, causing them to become complacent in their major. But between more flexible timing and less stringent categories limiting their options, the open curriculum model ultimately prevents students from feeling trapped and confined by their major’s structure.

By declaring majors, seeking internships and building resumes, college students are entrusted with the enormous responsibility of determining the trajectory of their future career paths. However, general education requirements deny students the independence of controlling their course loads from the get-go.

UCLA has a diverse student body with even more diverse interests.

And with such a wide variety, one size of general education does not fit all.