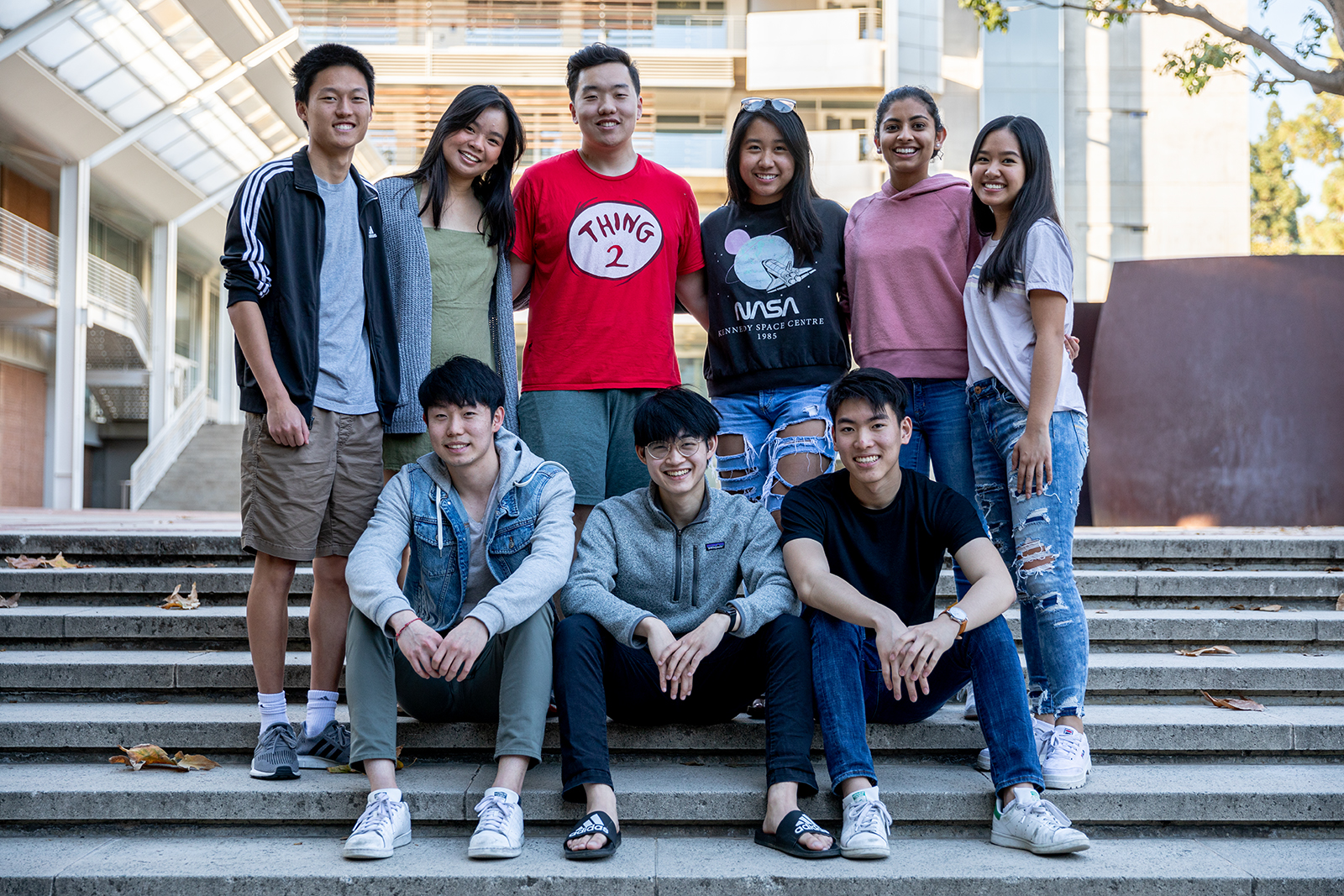 Nova at UCLA, a student technology organization, makes mobile applications for nonprofits. Students in the club said they wanted to find a way to use their expertise to help the community. (Tanmay Shankar/Assistant Photo editor)

A student technology organization is helping nonprofits improve the lives of the Los Angeles homeless population and community college students.

Nova is a student club with just a dozen members that develops apps for nonprofits in order to have a positive social impact.

Founding members Bryan Chiang and Stephanie Doan conceived the idea for the club in October 2018 when they set out to see what problems existed in LA – and how technology could address them.

“A lot of my peers come from similar, sheltered middle class backgrounds,” said Chiang, a second-year computer science student. “A large part of the inspiration was, how do we leverage tech to drive change in our community – not just for work for big companies.”

Max Wu, a member of Nova, is also a Daily Bruin online editor.

Doan and Chiang began the club by sending a series of emails to a number of nonprofit organizations in January 2019.

Yvonne Leung, Westside Food Bank director of operations, has been coordinating the project with Nova and providing feedback since February 2019. Initially, Leung had an easy project in mind for Nova.

“I don’t think we had a lot of great expectations because we’ve worked with other groups,” Leung said. “It’s usually good to keep the expectations low.”

The food bank is currently working with a professional web designer to build a new website. Collaborating with Nova saved the food bank from having the designer create the requested features, which would have cost them double or triple the cost of simply building a new website, Leung said.

“There was a lot of work the group had to do on the back end,” Leung said. “It looks simple on the front but there is a lot of coding behind. We’re really grateful they did this.”

Since Westside is a small organization, the staff have multiple roles, making working on the project challenging, Leung said.

“Most of us wear many hats,” Leung said. “So it’s difficult to provide timely feedback to the team.”

The organization’s new website, which is expected to launch in the coming months, will include the final version of Nova’s interactive map.

On its second project, Nova created an app for the nonprofit The Giving Spirit to coordinate distributing care packages to those affected by homelessness. Chiang said the project is their largest and has the most concrete impacts to date since its commencement in January 2019.

The Giving Spirit provides packages to individuals affected by homelessness, including food and hygiene products.

“We saw a way to organize their logistics,” Chiang said. “We made an app that allows them to track where and when deliveries are being made.”

The first version of the app was released in May 2019.

Nova is currently developing an additional project with Gladeo, a nonprofit career exploration organization. The app is designed like the class planner feature on MyUCLA and helps community college students plan courses.

“We discovered that there aren’t that many resources for community college students to plan out their path, and it takes them a lot longer than they like to graduate,” Doan said. “A lot of the students are parents, immigrants or working part or full time. The community college system is pretty difficult to navigate.”

Nova expects to release the first version of the app in March. Students will be able to create and download PDFs of their long-term plans.

Nova plans to add several other features in updates, Doan said. One planned feature warns students against adding a course without having added the prerequisite. Students will also be able to search classes by categories such as general education and check their unit minimum or maximum, Doan said.

The goal is to allow students to plan out their whole path and be able to make changes through their account later.

“It’s not just so they can plan out and download (their plan) for a one-time use,” Doan said. “We want to make it so that people can come back and make changes as necessary.”

Working directly with nonprofits allows club members to break out of the business and tech bubble, Chiang said.

“It’s a chance to see technology in real action, used by underserved students, people – it’s incredibly powerful,” Chiang said. “It makes a lot of people reconsider the power of tech.”