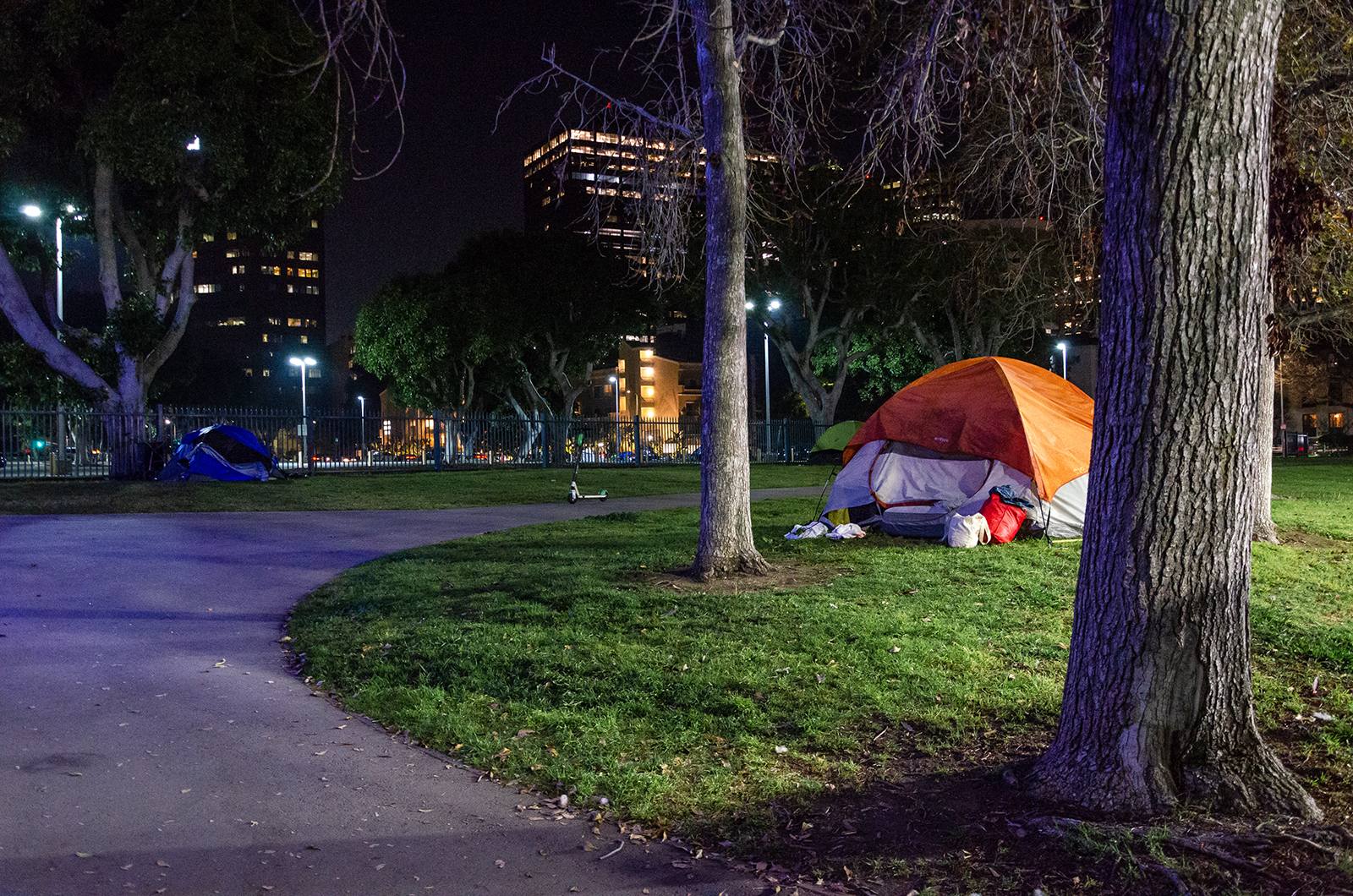 Visitors to Westwood Park, located about a mile south of campus, saw an increase in homeless encampments over the last two months. Some community members called the camps unsafe while others criticized sweeps by park rangers. (Sofia Gonzalez/Daily Bruin)

Park rangers resumed sweeps of Westwood Park after a pause in cleanups led to an increase in homeless encampments over the last two months.

These developments at the park, located about a mile from campus, prompted concern from some stakeholders, with some calling the encampments unsafe and others criticizing the park ranger response.

“Parks are not an appropriate place for someone to camp,” Shamolian said. “We get a lot of complaints from residents that they feel unsafe.”

Some homeless advocate coalitions, like Services Not Sweeps, contend that no law enforcement personnel should be a part of the city’s cleaning efforts.

Noreen Ahmed, a member of the North Westwood Neighborhood Council as its homelessness and community health committee co-chair and budget committee co-chair, said she endorses that stance and thinks it is disrespectful to frame the homeless situation as a safety issue.

“They’re on the sidewalk, not disturbing anybody,” Ahmed said. “It’s disrespectful that people are getting frustrated about it, especially when they aren’t the ones having to go through these circumstances themselves. Even if it is the law, we can’t lean on it. These laws are outdated.”

When the Department of Recreation and Parks receives complaints about homeless encampments, it dispatches security officers to assess the situation, Joyce said.

The report from the officer assessment is then sent to the Unified Homelessness Response Center, a headquarter that handles street-level responses in the city of Los Angeles. The center then schedules staff from the Los Angeles Homeless Services Authority to offer services to those experiencing homelessness ahead of a cleanup post by the park rangers.

The people encamped at the park are given 72 hours to leave the area once the removal notice for property such as tents has been posted, according to Section 56.11 of the Los Angeles Municipal Code.

Some city ordinances make exceptions to law enforcement’s legal obligation to post advance notices of sweeps. Park rangers may enforce immediate cleanups if the people at the park are in violation of certain subsections of municipal codes. For instance, one subsection requires a permit for the possession of bulky items, such as tents, at parks.

City law also prohibits people from loitering in or entering any park between 10:30 p.m. and 5 a.m. If anyone is at a park after closure, an officer can issue them a citation. If a person continues to be in violation of the law, they can be subject to arrest; though, this is not a normal occurrence, Joyce said.

“While there might not be a legal obligation for park rangers to do so, it should be a morally correct thing to do if they are going to shift through possessions (of people experiencing homelessness) on a cold night when they have nowhere else to go,” Peters said.

Last month, the Board of Neighborhood Commissioners, which oversees neighborhood councils in LA, designated Westwood Park as a shared resource of the Westwood Neighborhood Council and the NWWNC, expanding the role of the NWWNC over the park.

Peters said he wishes to use the NWWNC’s new role over the park to discuss solutions with the park rangers. He said he wants to reach a state where the needs of residents for a functioning park are balanced with others’ need for sleep and access to social services. 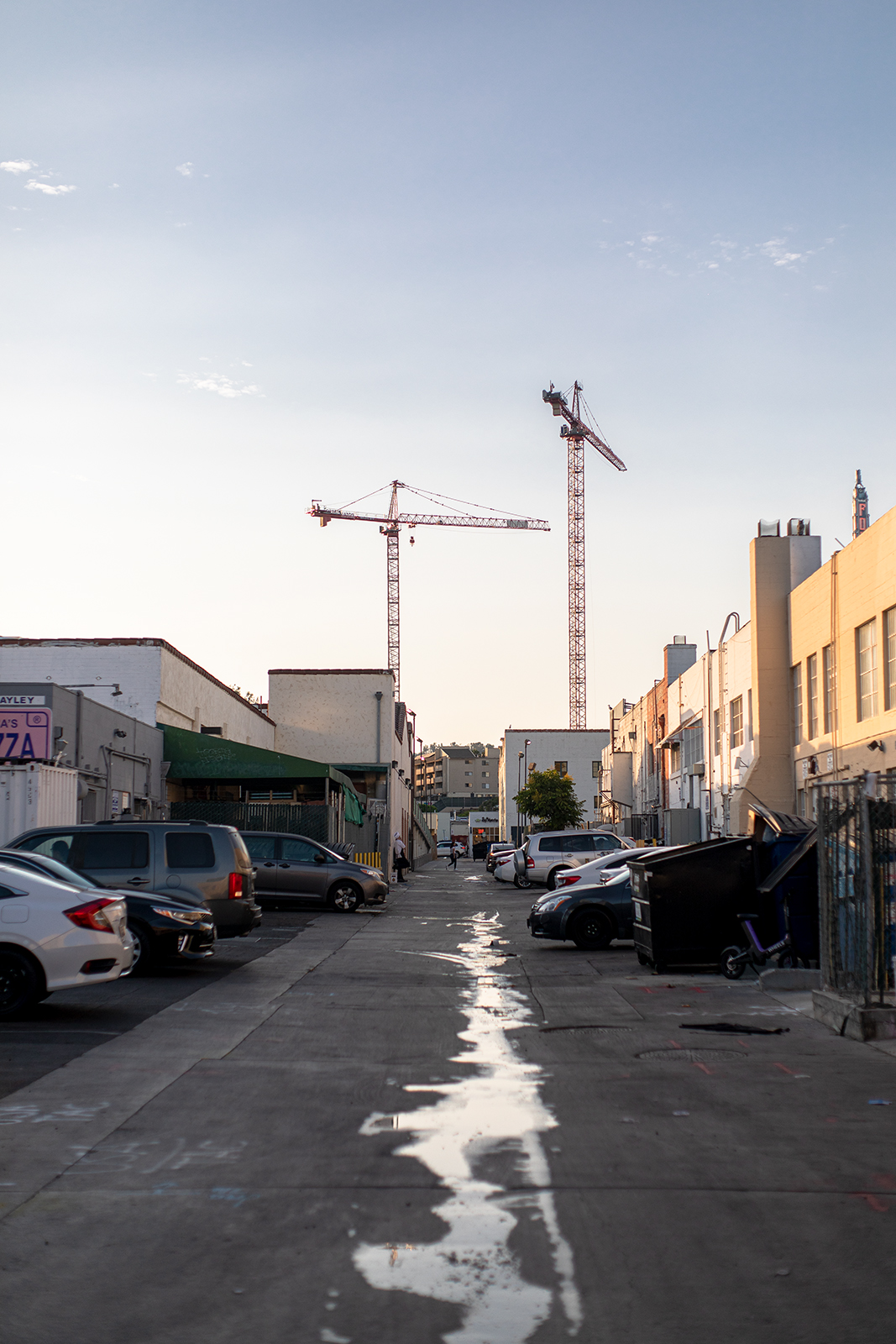