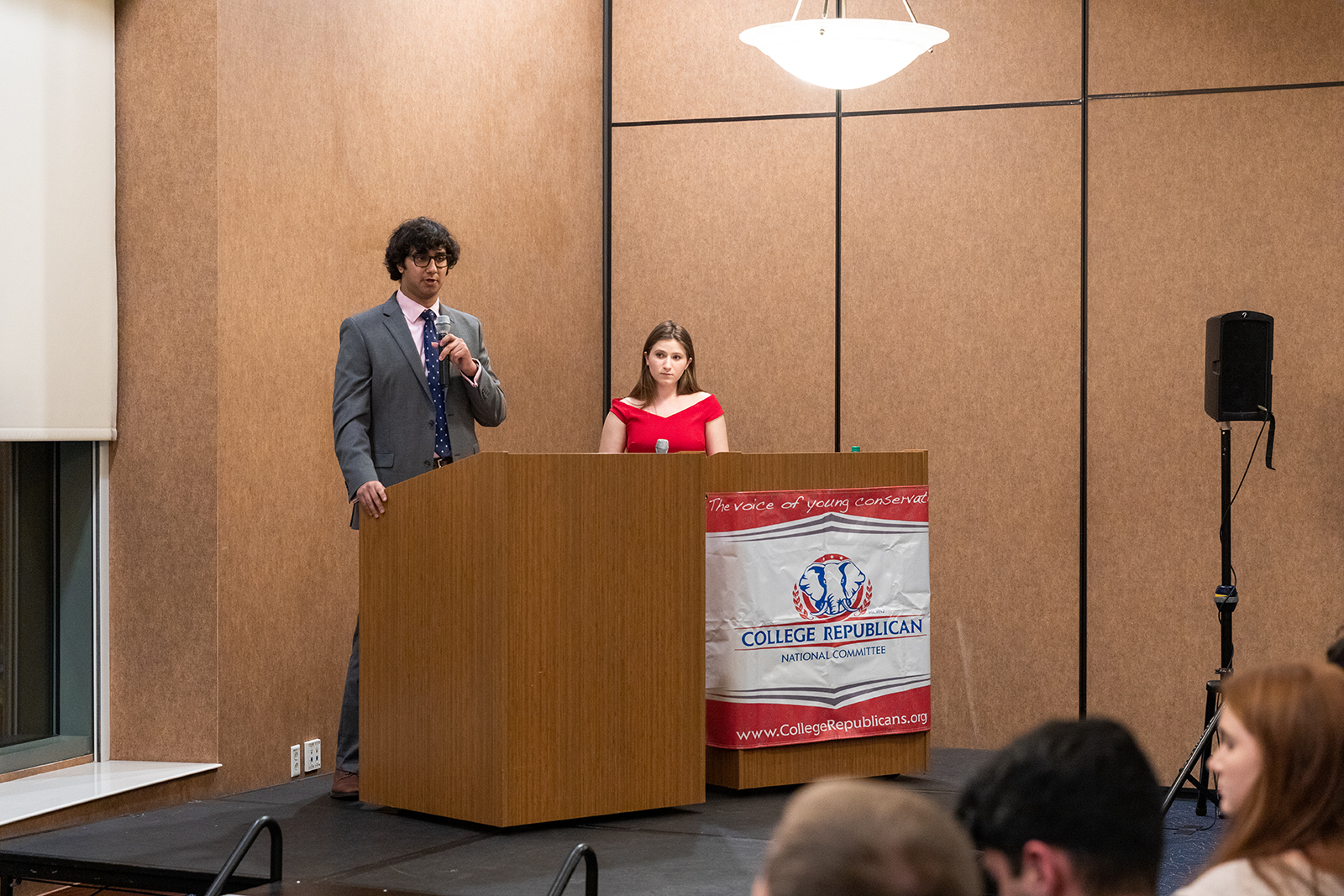 Moderators of the event, which drew more than 100 students to De Neve Plaza, asked representatives about gun control, wealth inequality and US-Iran relations, drawing from the policies of Donald Trump’s presidency and those proposed by Democratic presidential candidates.

The debate started with questions about gun control.

During the gun control portion of the debate, the Bruin Republicans and Bruin Democrats representatives repeatedly interrupted each other, drawing jeers from the crowd and prompting the moderators to step in.

Gurm said conflict during the gun control debate led the Bruin Political Union to exchange the moderators, but added both sides were happy with the outcome of the debate.

There was no reason to kill Soleimani, argued Sanjay Verma, a first-year computational and applied mathematics student from the Bruin Democrats. He also said Congress should have been notified of the decision before it was made.

However, Michelle Ohanian, policy director for Bruin Republicans and a third-year history student, said Trump’s strong-mannered approach to dealing with Iran showed that the U.S. would not tolerate Iran’s violence in the Middle East.

People shouldn’t let their disagreements stop them from discussing the important issues, and these events remind people that another side of the political conversation exists, he added.

“When we don’t see eye to eye, we must still be willing to have conversation,” he said. “We’re at a university, that’s the entire purpose here, and if we can’t do it at UCLA, we sure can’t do it in the United States.”