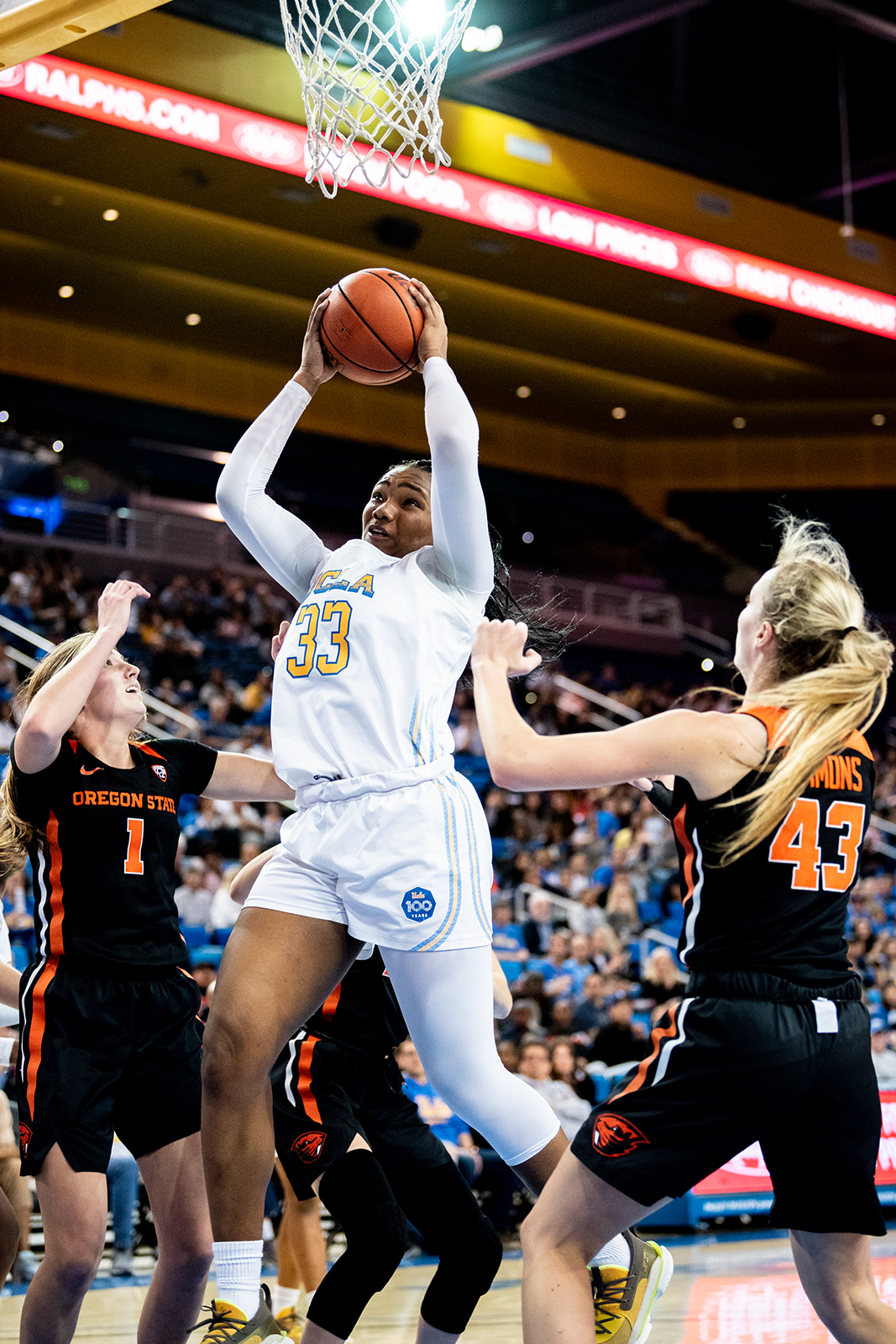 The Bruins are set to embark on their final road trip of the regular season.

Coach Cori Close said the Bruins should not overlook two teams at the bottom of the conference standings, especially as the Pac-12 tournament approaches.

“There are no bottom three teams (in the conference),” Close said. “We have four games left in our conference, and if you want to be ready for the conference tournament (and the NCAA tournament), you have to use every week. There are no easy stretches, and as soon as you allow your mind to go there, that’s when you’re susceptible.”

Washington State will welcome UCLA into Beasley Coliseum riding a three-game losing streak, while Washington could lose its third straight Friday against USC before taking on the third-place Bruins.

The Jan. 26 game was also the only time this season the Bruins did not convert a 3-pointer, as the Cougars held them to 0-of-15 from distance.

Close said that the offensive plan for the weekend will include limiting UCLA’s attempts from long-range.

“We need to hunt for the paint, we need to see the ball go through the basket earlier and not rely on making 3-point shots,” Close said. “The game is easy when we shoot well, and I think we’ve proven that that can’t be something we hang our hat on.”

The Bruins did edge out the Cougars on the boards by one rebound in January in a game that also marked the last time that the team’s second-leading rebounder – junior forward Lauryn Miller – grabbed double-digit rebounds.

Miller stands at 6-foot-1 and will have to face Washington State forward Borislava Hristova, the conference’s third-leading scorer who is 6 feet tall.

Miller – the team’s starting center – said the team will have to use its strength to keep taller scorers like Hristova out of position.

“We obviously know we are undersized – me being the ‘five,’ we’re not that tall compared to a lot of these other girls,” Miller said. “So (we need to) just (start) working early, using our strength where we can, (and use) our quickness.”

Washington also features four players that scored in double-digits the last time the Huskies faced the Bruins – forward Mai-Loni Henson, and guards Amber Melgoza, Missy Peterson and Rita Pleskevich – all of whom stand 5-foot-10 or taller.

The Bruins overcame a 15-point deficit in a contest they ultimately took in overtime, aided by 12 points off the bench by junior guard Chantel Horvat.

Despite not being a part of UCLA’s starting five, Horvat said she is willing to put in the extra effort when she’s on the court.

“Whenever I’m coming off the bench, I’m always trying to bring a spark to the team,” Horvat said. “I’m trying to crash (the boards) every time, hustle after boards, hustle after every loose ball, just play hard and do what I can to help my team out. Whatever we need, I’m there.”

When it hosted the two schools from Evergreen State in January, UCLA only had four bench points scored by players other than Horvat and redshirt sophomore guard Natalie Chou.

Close said “unlikely players,” including freshman guard Jaden Owens and sophomore guard Kiara Jefferson, will need to be ready for the pair of road games.

“I really think that we’re going to need everybody,” Close said.

The Bruins have won five conference games on the road and are winners of their past three Pac-12 games away from Pauley Pavilion, while the Huskies and Cougars have combined for just three conference home wins this season.