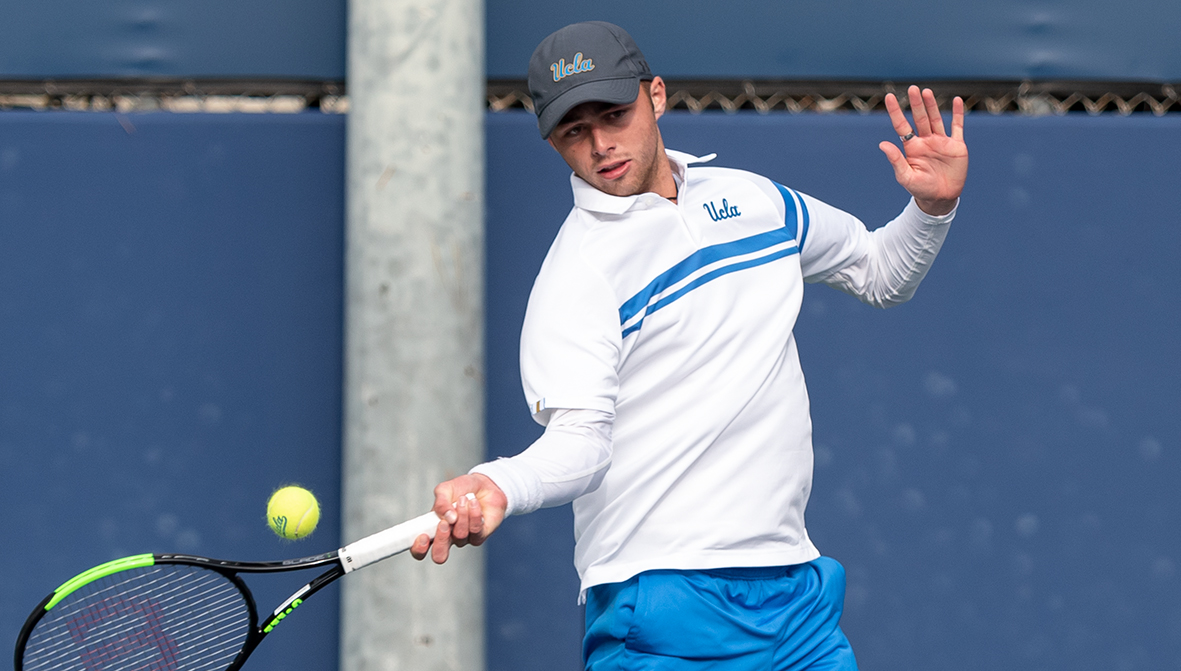 Coach Billy Martin registered his 600th win as the Bruins’ coach, but not before he added a few more losses to his career total.

No. 17 UCLA men’s tennis (5-4 Pac-12) suffered two losses at the ITA national indoor championships in Madison, Wisconsin, in a weekend of mixed results. UCLA conceded a 4-2 defeat to No. 5 Texas (7-2) in the first round of the tournament before falling 4-1 to No. 13 Texas A&M (5-3) in the proceeding consolation round.

The Bruins ended their campaign on a high note, defeating No. 9 North Carolina State (8-3) in the final consolation round to earn Martin his 600th win with the program.

UCLA started its tournament with a doubles point win over Texas in the first round. However, the Bruins could not sustain their level of play, as freshman Drew Baird was the only singles competitor to walk away with a win. Losses on all other courts ended UCLA’s day with a 4-2 loss to the defending national champions.

“It obviously feels good to win a singles match for your team,” Baird said. “It doesn’t really matter who you’re playing.”

Following their first-round defeat, the Bruins were slotted into the consolation bracket to take on the Aggies on Saturday. UCLA surrendered the doubles point, and sophomore Mathew Tsolakyan notched the Bruins’ only singles win in a 4-1 loss.

Baird said the matches proved UCLA is capable of beating any opponent, but that a loss never sits well with the team.

“It definitely gives you hope, because they’re really good,” Baird said. “But it doesn’t feel good losing, no matter what team it is.”

A second consecutive loss forced the Bruins into a second consolation match, this time against NC State. Junior Keegan Smith and sophomore Govind Nanda teamed up to secure the doubles point for the Bruins, giving the team a 1-0 lead heading into singles play.

“It means everything (to win),” Goldberg said. “Just growing up around (Martin) for all these years made it super special … but he’s so humble and quiet about it.”

Last year, Martin passed mentor Glenn Bassett with his 593rd career win to become the Bruins’ overall leader in head-coaching wins. Baird said his coach doesn’t focus much on the accolades and is looking to the future.

“He’s really motivated and every year that goes by he wants to win more,” Baird said. “I think he’s looking forward to the next hundred.”

UCLA will continue its play against UC Irvine on Sunday at the Los Angeles Tennis Center.