Beach volleyball confident in team dynamics ahead of season opener 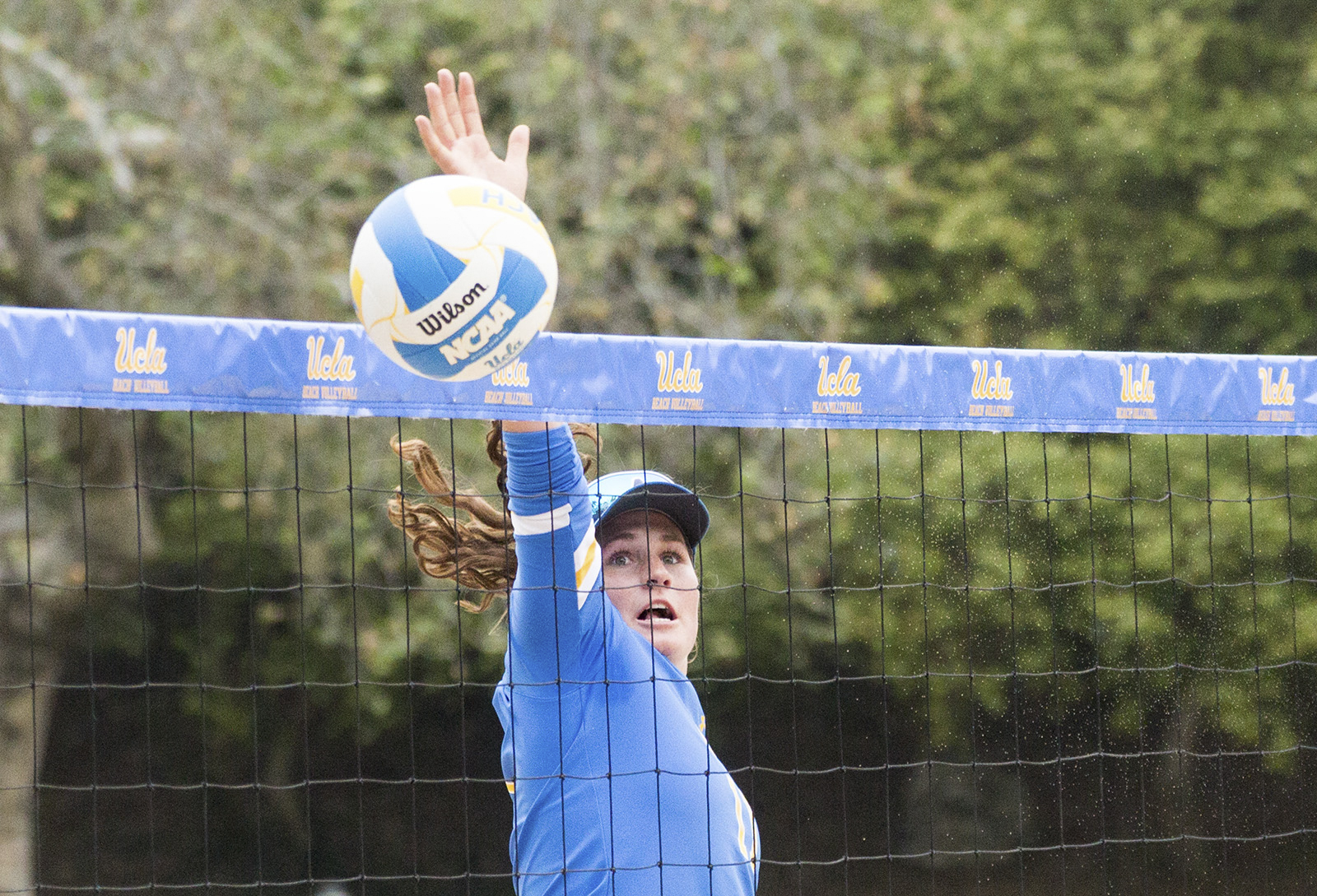 Senior Savvy Simo partnered primarily with junior Lea Monkhouse and played primarily on court four last season for No. 1 UCLA beach volleyball. Ahead of the Bruins’ season opener Thursday, Simo said there will be some lineup adjustments.(Daily Bruin file photo)

The Bruins are the early favorites to win the national championship but are trying to take the season one match at a time.

No. 1 UCLA beach volleyball will enter this season with back-to-back national championships to its name. However, several Bruins said they are trying to not let their past accomplishments affect how they perform this season as they prepare for their Thursday match against No. 8 LMU.

While players such as seniors Savvy Simo and Lily Justine bring many years of experience to the team, the Bruins graduated five senior starters. Last year’s court one duo, Nicole and Megan McNamara, and half of courts two, three and five are all gone.

This year, just six of the 18 players on the UCLA roster are upperclassmen. However, coach Stein Metzger said he is is not concerned about the relative inexperience and new dynamics of the Bruin team.

“We are a young team,” Metzger said. “So there is not as much pressure to come out and win. However, this is definitely not a rebuilding year for us either.”

Even so, five empty starting spots will mean many new pairings and court assignments, bringing with them new opportunities for players to step up and stand out.

Simo said she can use her new role as one of the few seniors to improve the team.

These new players will have their first opportunity to represent the Bruins on Thursday morning. As they prepare for the upcoming match, they said they are trying to focus on their immediate opponent and not any lofty external expectations.

“We keep talking about being ranked No. 1 and winning two national championships, but that means nothing right now,” said freshman Devon Newberry. “We go into (the matches) like we have never done anything before.”

Newberry is one of four new players to UCLA’s roster, along with freshmen Rileigh Powers and Lexy Denaburg and graduate transfer Jacqueline Quade.

Although there is increased uncertainty heading into this season, these Bruins are confident in their abilities and their teammates.