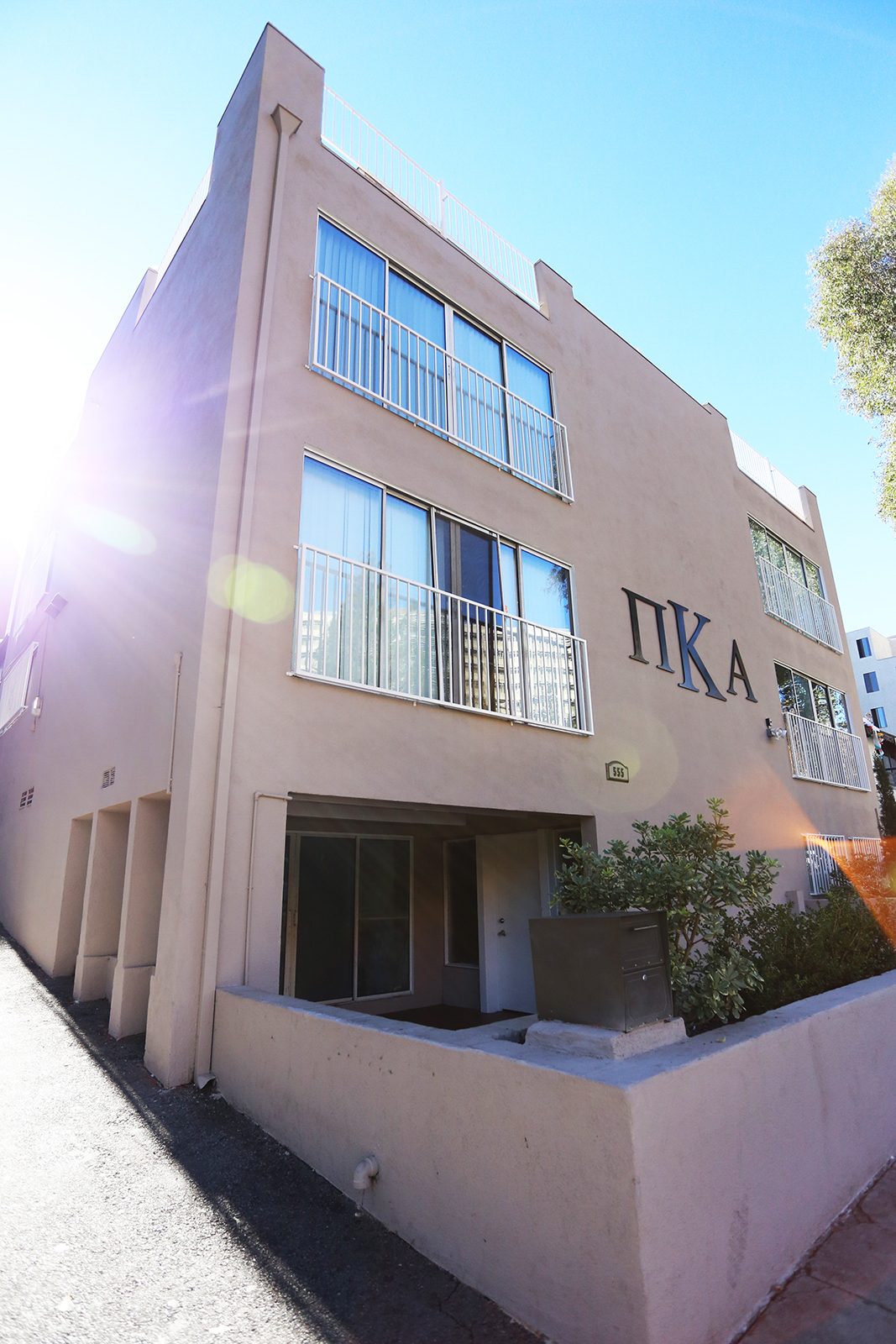 Pi Kappa Alpha, or PIKE, left UCLA in 2015 because of low membership. It is back on campus to find and recruit new fraternity founders, seeking referrals from campus leaders and coaches. (Daily Bruin file photo)

Pi Kappa Alpha is back at UCLA, and this time the fraternity is determined to stay for good.

The fraternity, also known as PIKE, closed its UCLA chapter in 2015 because of low membership. However, before it left, PIKE entered into an agreement with the UCLA Office of Fraternity & Sorority Life to reestablish a chapter in winter 2020, said Lindsey Goldstein, acting director of the OFSL, in an emailed statement from UCLA spokesperson Ricardo Vazquez.

Now, committed to permanent residence at UCLA, PIKE has sent two expansion consultants to recruit founding members of the new chapter, according to a press release.

“We’re recruiting men who exemplify four key pillars,” said Brandon Giczewski, one of the consultants. “(They) are scholars, leaders, athletes and gentlemen.”

Giczewski and Alan Beck, the other expansion consultant, will be staying on campus until March 16 to find suitable recruits.

PIKE will be recruiting new members by a referral process, said Robby Newberry, president of the UCLA Interfraternity Council, in an emailed statement.

Giczewski and Beck have been meeting with campus leaders and athletics coaches at UCLA to collect referrals, according to the press release. PIKE officials then meet directly with potential recruits, Giczewski added.

“Here at UCLA, … it’s been a lot for us to take in, because of how many great individuals we have come across,” Giczewski said. “What (the recruitment process) looks like is taking meetings with students and identifying … a plethora of individuals that fit in with our ideology.”

Giczewski said he was unable to say how many students PIKE has recruited, or how many it plans to acquire.

PIKE’s ideology looks to be as inclusive toward the LGBTQ+ community as possible, Giczewski added.

“We recruit men who are scholars, leaders, athletes and gentlemen,” he said. “There is no disqualifier in the category of both gay men or trans men.”

Giczewski said they hope to recruit those who are vehemently against the negative aspects of Greek life to help reform it.

“Right now, I feel that our newest recruits are the ones that are going to help chart that direction,” Giczewski said.

PIKE’s UCLA chapter does not intend to acquire a fraternity house in the short term, Giczewski said.

“With our newest groups, we really want them to focus on base operations before such a big operation is introduced,” he said.

Giczewski said he believes PIKE’s storied history and stature as a nearly 152-year-old fraternity gives it an advantage while it searches for recruits at UCLA. The fraternity has more than 300,000 lifetime initiates, he said.

“I think we’re an industry definer,” he said. “The power (PIKE) has in comparison to other fraternities helps us continue to innovate and chart forward a new path … for Greek life.”

Other opportunities offered by PIKE include $350,000 of scholarships and grants awarded annually to PIKE undergraduate members, and association with over 220 chapters and probationary chapters across North America, according to PIKE’s website.

According to the fraternity’s press release, PIKE is looking for the “best men” and the “ideal gentleman” in its recruits. Giczewski said he ultimately believes that its members will aspire to these ideals.

“A man can be a scholar, a leader and an athlete but if he’s not a gentleman, then there’s no place for him in our organization,” he said. “We want to associate with those individuals who are respectful and treat people with dignity.”