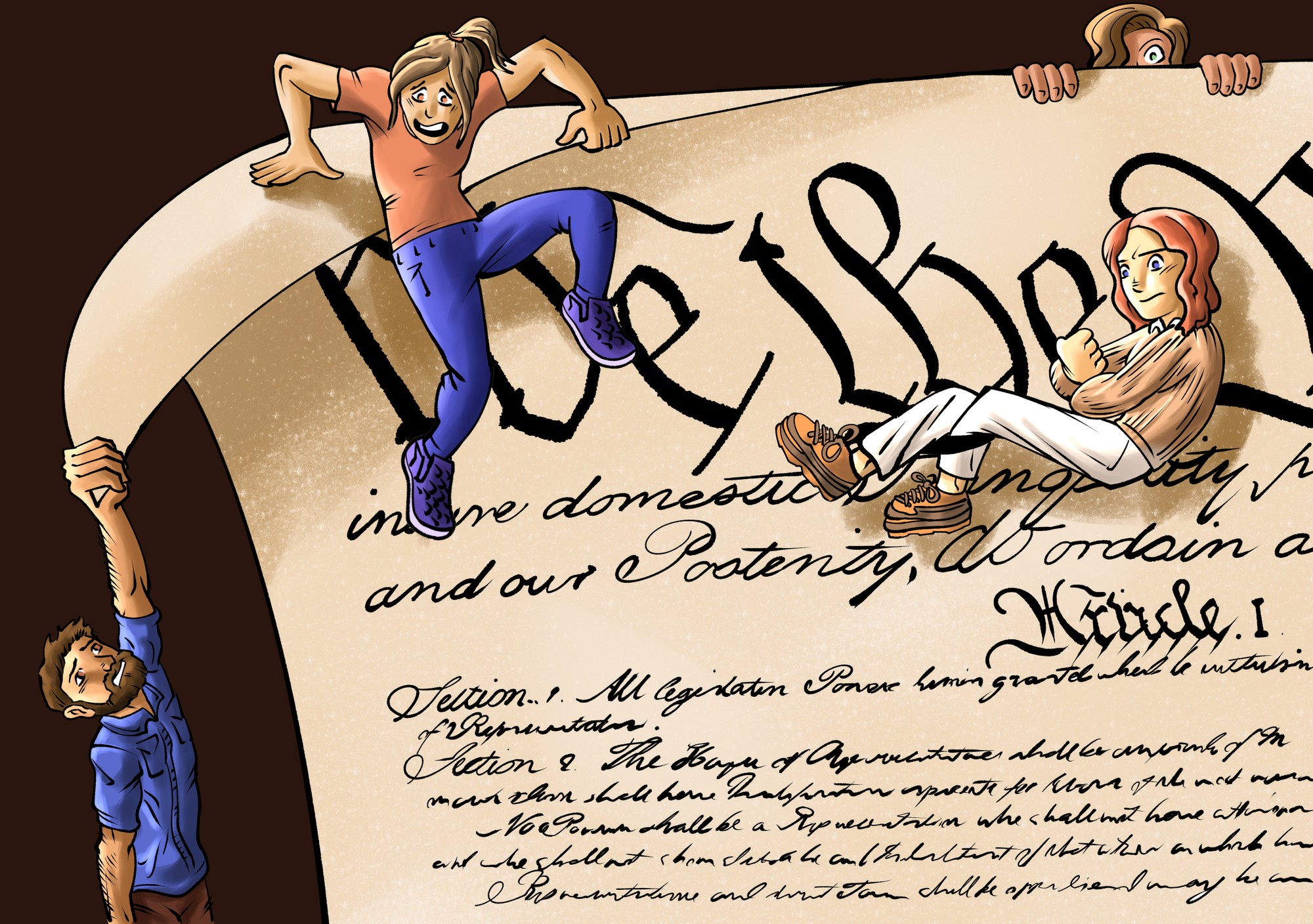 The United States Constitution ranks low in guaranteeing equal rights in comparison to other countries, according to a recent UCLA study.

The study, published in January, compared the constitutional rights of 193 countries under the United Nations, looking at how many countries guarantee equal rights in their constitutions.

The researchers were interested in how equal rights protections impacted people’s everyday lives, said Jody Heymann, lead author on the study and a professor of public health at UCLA.

“We began this study because of the profound impact that having equal rights has on the lives of individuals themselves as to whether they are discriminated against or guaranteed equality,” Heymann said.

Aleta Sprague, a co-author on the study and a legal analyst at the WORLD Policy Analysis Center at UCLA, said they looked at constitutions because they convey important messages from governments.

“Constitutions can be really powerful norm-setting documents,” Sprague said. “And we feel that the Constitution really communicates important messages on behalf of the government. So whether or not a constitution clearly protects the equal rights of all people sends a message about the worth and value of all people within a country.”

The study found that the United States has fallen behind compared to other countries, said Amy Raub, co-author and principal research analyst at the WORLD Policy Analysis Center at UCLA.

The study found that 85% of countries constitutionally guaranteed gender equality, 78% guaranteed protection from religious discrimination and 83% of constitutions protect at least some aspects of the right to education, while the U.S. does not in its constitution, Raub said.

The main reason why the United States has fallen behind is because the U.S. Constitution is an older document and is much harder to amend, Sprague said.

Even though the United States Constitution is old, researchers are hopeful that it can be amended with enough persistence, Sprague said. Luxembourg also has a very old constitution; however, in 2006 its government amended it to grant men and women equal rights, she added.

“So that type of change is possible even for some of the world’s oldest constitutions,” Sprague said.

Heymann said she hopes the 2020 elections allow voters to take advantage of their rights, voice their opinions and take a stand against inequality, injustice and discrimination.

“I think every election in the country gives a chance for each of us to take a stance to advance to equality and to express our commitment to ensuring everyone has fundamental rights to nondiscrimination from female rights to education to health,” Heymann said.