Men’s tennis gears up for match vs. Western Michigan before indoor championship 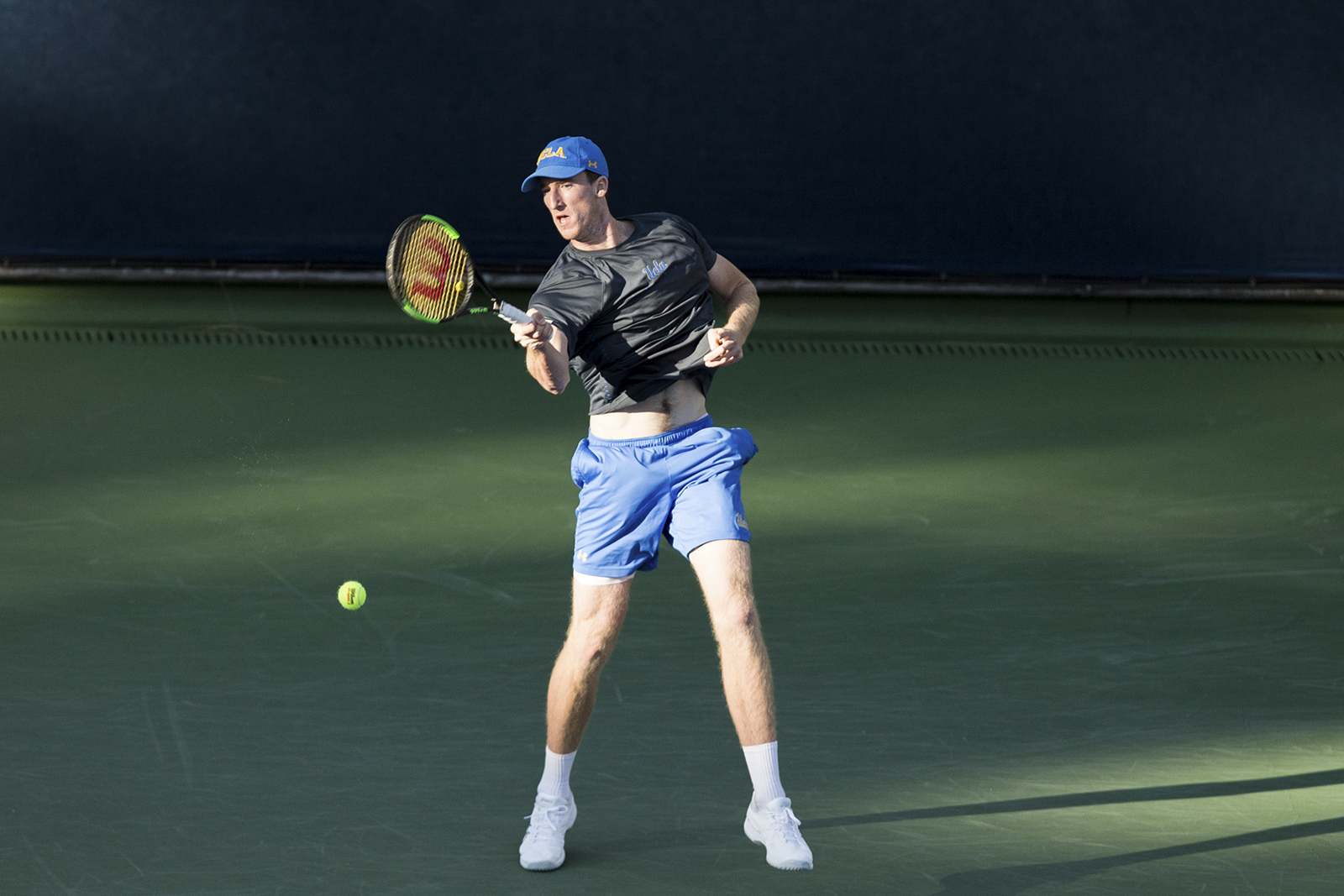 Junior Keegan Smith said he and UCLA men’s tennis won’t be able to take their pre-ITA indoors match against Western Michigan lightly, especially after the team has come off two consecutive losses and seen its ranking drop by six spots. (Andy Bao/Daily Bruin)

The Bruins will head indoors for the first time this season.

No. 16 UCLA men’s tennis (3-2) will travel to Chicago to take on Western Michigan (5-4) on Tuesday at the Midtown Athletic Club. The Bruins will be entering Tuesday’s competition on the heels of two straight losses.

Western Michigan’s last match came against Michigan State, and ended in a 4-3 loss at the hands of the Spartans. Both the Bruins and the Broncos will be looking to get back into the win column.

Coach Billy Martin said the program generally schedules an indoor opponent prior to its appearance at the ITA Division I National Men’s Team Indoor Championship later in February. Martin, however, did clarify that the Bruins couldn’t get too far ahead of themselves.

“We’re going to have to earn all these wins,” Martin said. “It is critical to expect that teams will come out and play their best tennis because they want to beat UCLA.”

Martin said Tuesday’s match will prepare the Bruins for their upcoming berth in the ITA indoor championship, with indoor tennis differing significantly from outdoor play – primarily in the speed of the ball.

“It’s a very big transition for us because everything is much faster indoors,” Martin said. “It’s a more aggressive style of game, but we’ll have a few days to adjust.”

Junior Keegan Smith has posted a 3-2 singles record in dual match play this season, including a recent loss to Stanford’s Axel Geller. Smith said he hopes to etch his name back in the win column with a doubles and singles victory over the Broncos.

“We don’t play indoors ever in LA, so we’re going over there to try and get a match under our belts,” Smith said. “But at the same time, we still have to show up and give them the business because they’re a legit school.”

Smith said the team will not make the same mistake it made two years ago, when UCLA overlooked its opponent – Seattle University – before the indoor tournament.

“I remember my freshman year we played what we thought was some random school,” Smith said. “And it ended up being really close because we were just too cocky.”

Last season, UCLA suffered a 4-2 defeat to Illinois before heading to the indoor championship.

Coming off consecutive losses, Martin said the team would benefit from a morale boost against an opponent that secured a berth in last year’s NCAA championship tournament.

“I’m hoping that it’s a good preparation match for us and that we can get a little bit of confidence,” Martin said.

Match play will begin at 10 a.m. on Tuesday.