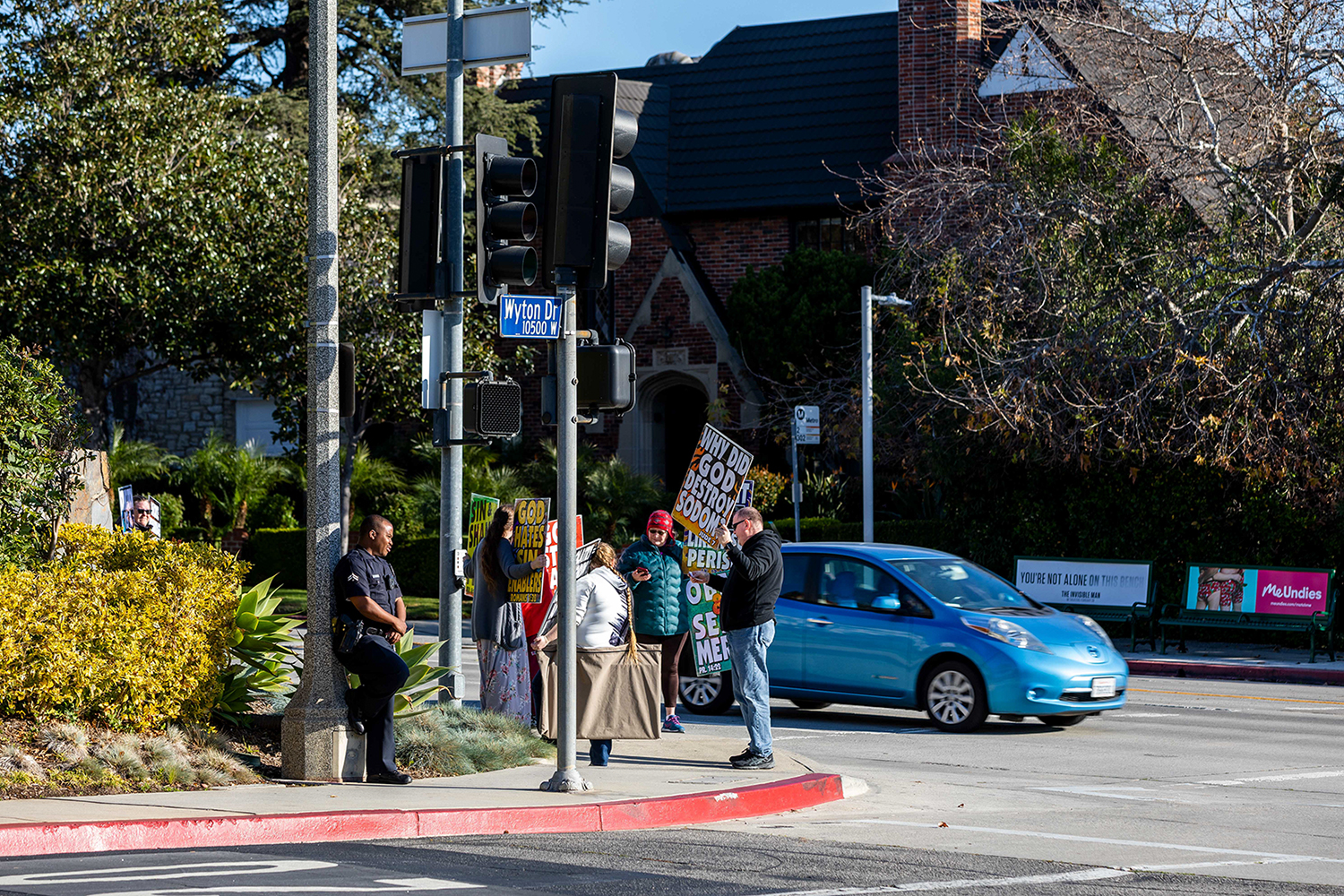 The Southern Poverty Law Center has designated the church a hate group since at least 2006, describing the group as “arguably the most obnoxious and rabid hate group in America.”

WBC was picketing at UCLA for several reasons, said Timothy Phelps, a member of the group. He said these reasons included preaching and warning people about the Bible.

UCLA said in a statement although it respects the free speech rights of all groups independently organizing events such as these, respecting this right should not be seen as an endorsement of that speech.

“We will support the members of our community who are targets of this spiteful action and we encourage all UCLA students and community members not to embolden WBC’s detestable speech by engaging with this organization,” the statement read.

Jarod Cordes, a second-year psychology student, said they heard about the picket in an email UCLA officials sent Thursday. Cordes also said that in addition to overt anti-LGBTQ+ demonstrations, there also exists more subtle prejudices against LGBTQ+ people in politics.

“There’s something to say about the fact that we can all agree that this is bad, but there’s a lot of low-key homophobia that exists in higher levels of politics that people just seem to kind of like accept and move on with,” they said. “There’ll be an initial phase of everyone getting mad, but then we just kind of accept it because there’s nothing we can do about it.”

WBC’s stop at UCLA was one of four planned school pickets by the group including one at USC and two local high schools. The group also picketed at the Academy Awards on Sunday night. WBC has been coming to LA for about 40 years, Phelps said.

Hanna Harris, a teaching artist formerly affiliated with Get Lit, a poetry education nonprofit, trailed the church members from their first protests of the day at Alexander Hamilton High School. Harris, who identifies as queer, said she was especially passionate about confronting the church members because her work involves teaching children.

“I think it’s pretty disgusting to go to a high school or really any institution of learning, but specifically a high school, and subject kids as young as 14 to things like homophobic slurs (and) threats of existential perish,” Harris said.

There will be a postevent community space event Monday from 1 p.m. to 3 p.m. in the UCLA LGBTQ Campus Resource Center for people to process the picket, UCLA officials said.