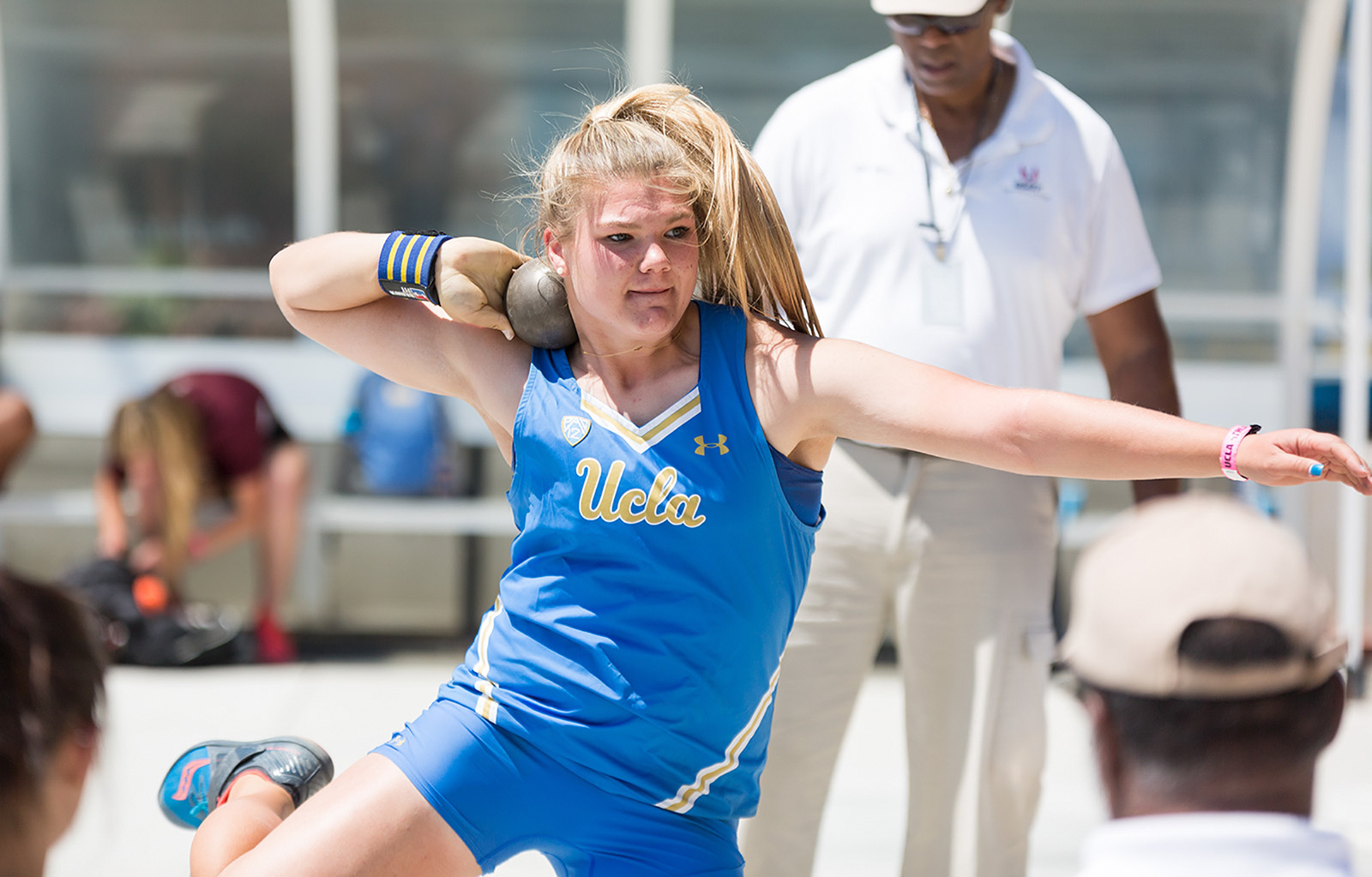 Junior thrower Alyssa Wilson has won at least one event in each meet she has competed in this season for UCLA track and field. She has seven total event wins over the first five weekends of competition. (Daily Bruin file photo)

The Bruins put up some new personal highs at an elevation of 5,000 feet.

Freshman sprinter Chinyere Okoro took fifth in the finals flight of the women’s 60-meter dash in 7.48 seconds. Freshman sprinter Makenzy Pierre-Webster posted a nearly identical time of 7.49 seconds in her only 60-meter race of the meet.

Sophomore sprinter Kenyla Miles said she was pleased by the consistent results that she and her teammates produced.

“It was a really good weekend overall,” Miles said. “We pretty much had consistent numbers across the board, which is a good thing because during indoor season we focus on our consistency and maintaining our speed throughout the season to be prepared for outdoors.”

Miles achieved a time of 7.55 seconds to place sixth in the qualifying flight of the women’s 60-meter dash. Freshman sprinter Catherine Leger took seventh with a personal best of 7.59 seconds.

On Friday, Okoro, Leger and Pierre-Webster respectively finished in ninth, 15th, and 16th, respectively, in the seeded women’s 200-meter. Okoro improved her personal best time with a 23.83 second finish.

On the men’s sprints side, junior sprinter Myles Webb took fifth in the men’s 60-meter dash with a time of 6.78 seconds.

“(The meet) was pretty good, it’s always nice to race,” Webb said. “Overall, I went out and executed pretty well.”

Junior jumper Matthew DeRoos competed alongside Webb, tying his personal best of 6.87 seconds to take fourth in the qualifying flight of the men’s 60-meter dash.

Junior thrower Alyssa Wilson has won at least one event at every meet she has competed in this season and extended that streak this weekend, earning top honors in the shot put and weight throw. In the weight throw, no competitors came within 1.5 meters of Wilson’s meet-best 21.85 meters.

Wilson said the rest of indoor season will test the athletes’ strength as they head into a series of championship meets at the end of February.

“It just all comes down to being able to step up to the plate and perform when it counts in the meets,” Wilson said. “Especially when going into the rest of the season which is the championship upper half of the season – USC is coming up, and then MPSF and then nationals.”