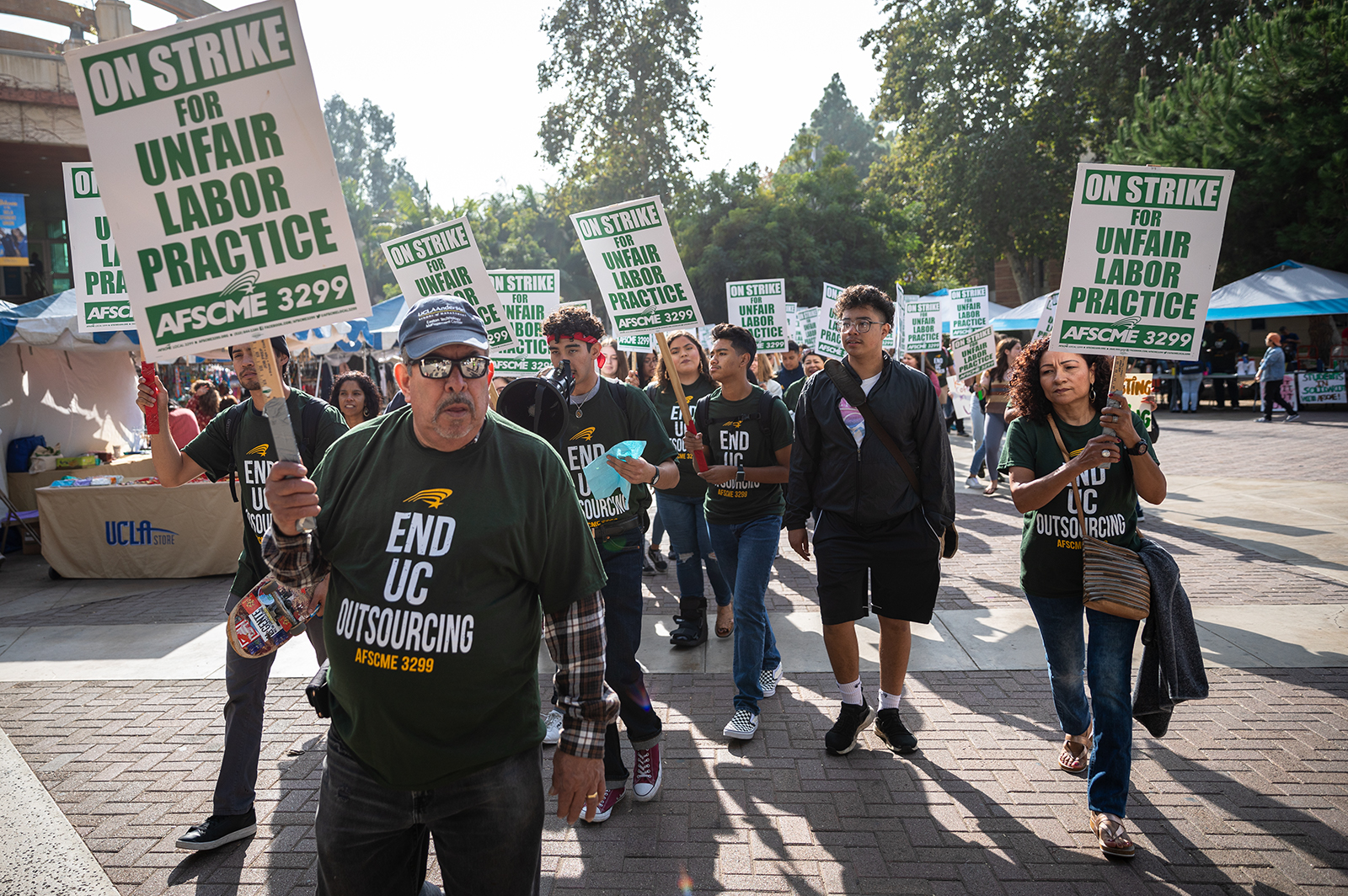 Patient care and service workers in the American Federation of State, County and Municipal Employees Local 3299, a University of California union, have reached agreements with the University. The union has gone on strike six times in the last two years. (Tanmay Shankar/Assistant Photo editor)

University of California patient care and service workers have ratified agreements with the University, with 99% of members voting in support of the contacts.

Patient care workers in American Federation of State, County and Municipal Employees Local 3299, which represents service and patient care employees in the UC, reached a tentative agreement with the University on Jan. 27, and it was ratified Friday.

Service workers in AFSCME Local 3299 reached a tentative agreement with the UC on Jan. 21 and ratified it Jan. 31.

Both contracts increased union members’ wages and limited the ability of the UC to contract out.

AFSCME spokesperson Todd Stenhouse said thousands of the union’s members turned out to vote to ratify the agreements.

The union has gone on strike six times in the last two years and called for a candidate boycott of the sixth primary debate for the 2020 presidential election that resulted in the debate being moved from UCLA to Loyola Marymount University.