Women’s basketball cuts down Cardinal in 1st upset of season 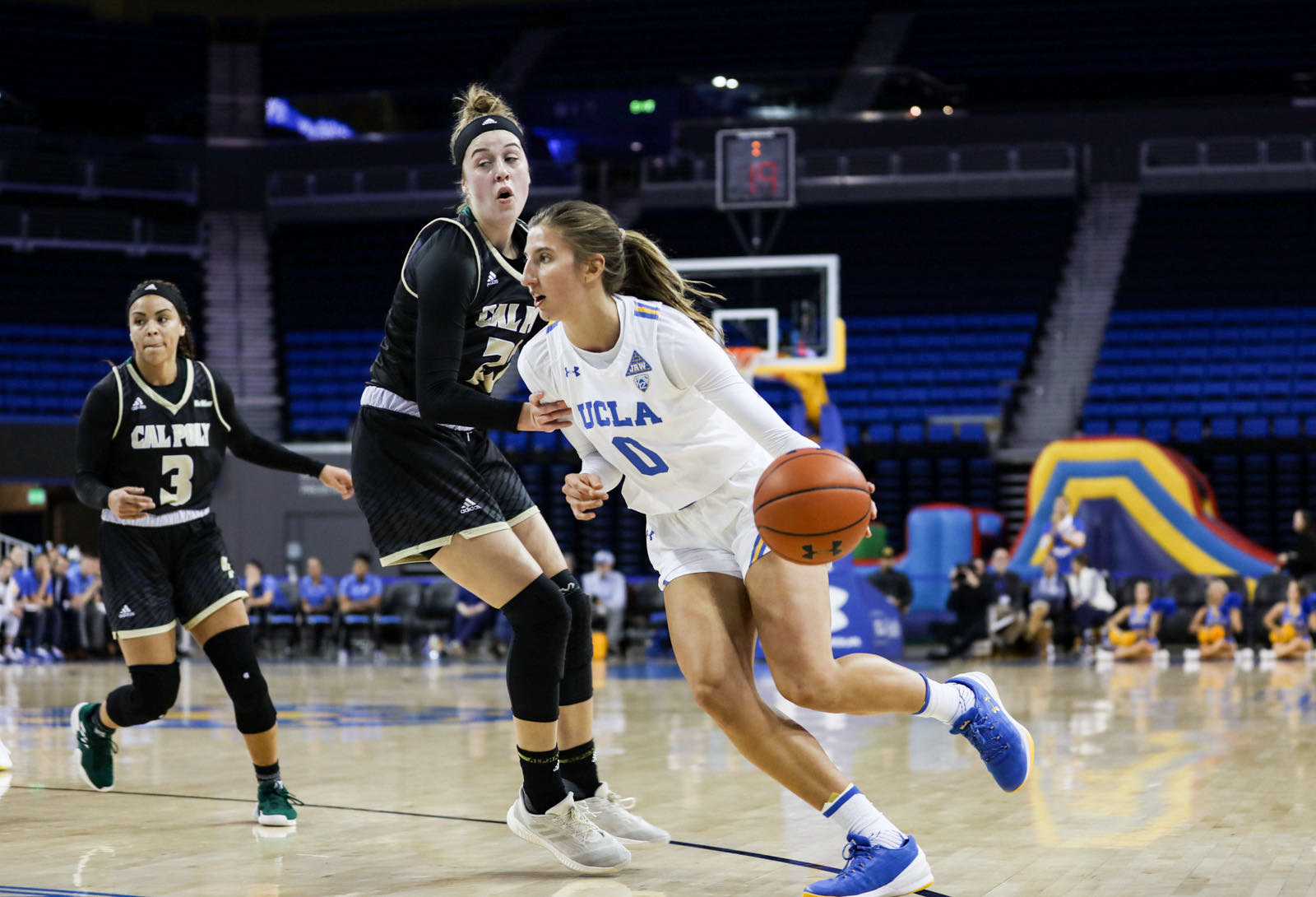 The Bruins took on their third-consecutive ranked conference opponent and left Palo Alto with a win.

“(I’m) obviously very proud of our toughness,” said coach Cori Close. “We’ve prepared with a mindset all week long, and we expected to come do this.”

The road win was also Close’s 100th conference victory, coming in her eighth season as the Bruins’ coach.

Junior forward Michaela Onyenwere, UCLA’s leading scorer, paced the Bruins with 29 points in the contest and tied her season-high with three 3-pointers. The second-highest scorer was junior guard Chantel Horvat – who had previously averaged just 5.1 points per game – good for seventh on the team.

“(Close) came out with fire before the game, and I think that really spoke to me and the team,” Onyenwere said. “She challenged our toughness and our aggressiveness, and we knew that in order to win this game we had to be aggressive, we had to be tough and we want to do everything we can to win.”

Horvat notched a career-high 14 points and seven rebounds in 22 minutes on the court and logged two offensive rebounds in the first half, as UCLA outrebounded Stanford 26-15 in that stretch despite the Cardinal’s offensive success in the first quarter.

Stanford began 5-of-6 from distance, and both teams went 8-of-16 from the field in the first quarter, giving Stanford a 21-19 lead at the end of the frame.

Cardinal guard Kiana Williams scored 11 points in the first 6:11 of the game and led Stanford with 25 points, as she and guard Lacie Hull combined for seven 3-pointers.

Junior forward Lauryn Miller – UCLA’s only player to have played in and started every match-up this season – left the game with a shoulder injury with 5:26 left in the second quarter. She later returned to the contest with less than a minute left in the first half, and finished with four points and four rebounds.

Redshirt sophomore guard Lindsey Corsaro scored her first points since the Bruins’ Jan. 12 win against Colorado, recording four points and adding two blocks – tied for the most on the team.

As the third quarter began, the Bruins expanded their lead to 38-30 before the Cardinal went on a 15-6 run, capped by a Williams’ 3-pointer.

UCLA then scored the final six points of the quarter, as Horvat converted a layup with one second left after redshirt senior guard Japreece Dean sprinted up the court and delivered one of her five assists.

“I was really excited for this game leading up to the game, we knew it was going to be tough,” Horvat said. “I was just focusing on getting rebounds and trying to hustle and help the team out wherever I can.”

Dean, who was held scoreless last Friday night, shot just 20% from the field but converted 7-of-8 free throws and totaled 11 points.

While the Cardinal hauled in 10 offensive rebounds and put up 24 points in the fourth quarter, the Bruins still held a 10-point lead after a made jumper by freshman guard Charisma Osborne with 1:25 to play.

The lead was sustained by 10 made free throws in the final minute.

UCLA will stay in the Bay Area for a Sunday matinee-matchup against California that will tip off at 2 p.m.