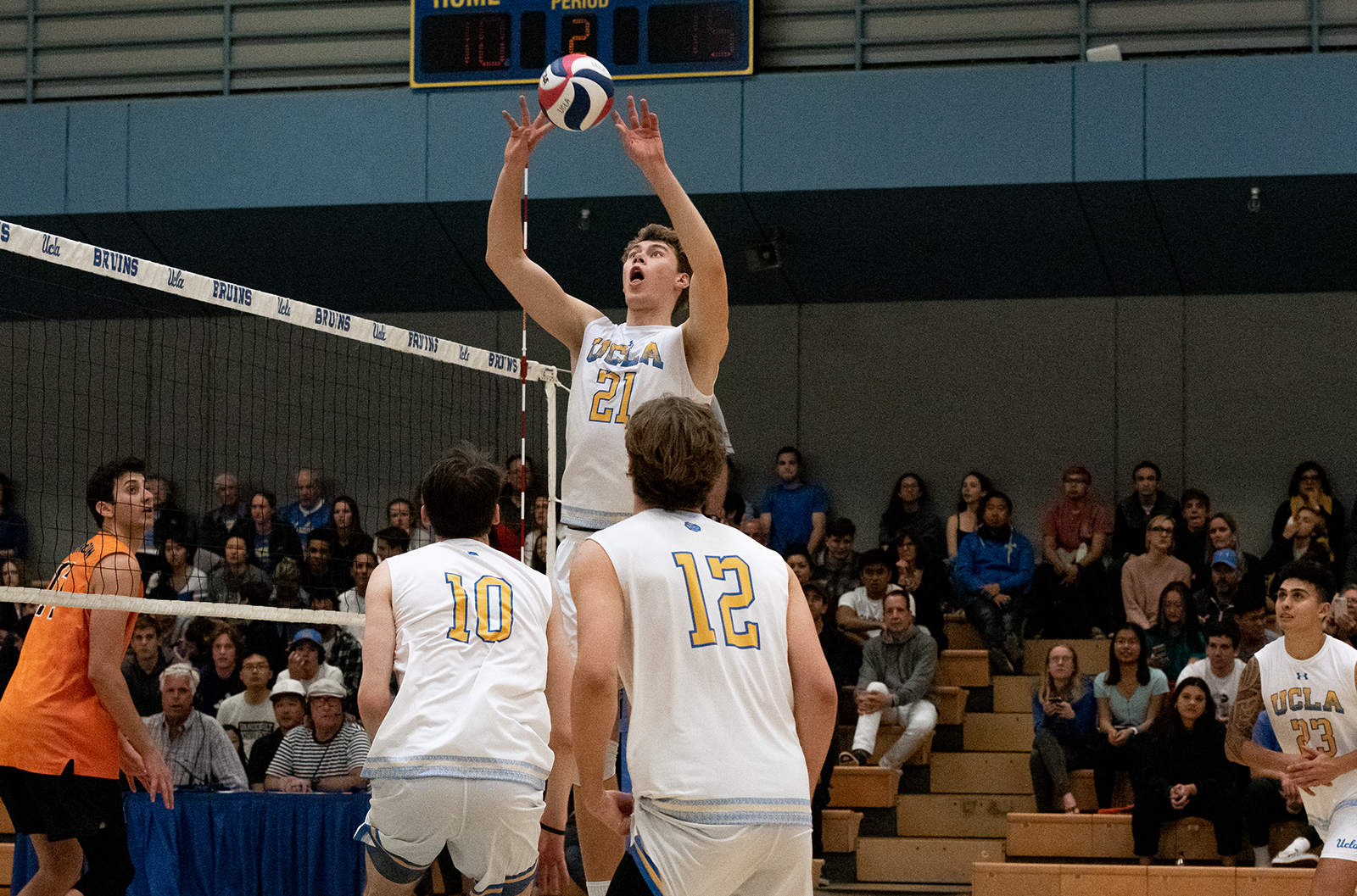 Freshman setter/opposite Mads Kyed Jensen hit .889 during No. 7 UCLA men’s volleyball’s road upset over No. 5 Long Beach State. He has 22 of the Bruins’ 67 aces in his first season playing in Westwood. (Xiomara Novo/Daily Bruin)

The Bruin freshmen are starting to hit at a higher level.

In its most recent loss, UCLA won the first set before dropping the next three against No. 12 Princeton. Senior outside hitter Austin Matautia said the first-set win was the result of coming into the match prepared.

“(In the first set), we were serving tough, blocking well, going off the game plan,” Matautia said.

The match featured 14 different players for UCLA, the most since its season opener against Daemen College.

Freshman outside hitter/opposite Cole Ketrzynski was one of the players subbed out in the decisive fourth set against the Tigers on Friday. He ended the match with 10 kills and seven hitting errors en route to hitting .107, below his season average of .303.

“Everyone came in and did well,” Knight said. “We were trying to give (the Tigers) different looks, get something going, because we were losing focus. Those players that came off the bench had good energy, and I think they contributed really well.”

The Bruins’ starting lineup against the Tigers included four true freshmen. Ten out of the team’s 14 hitting errors came from these four freshmen, but coach John Speraw said UCLA can’t blame the loss on inexperience anymore.

“Our learning curve has to be steeper,” Speraw said. “We just can’t chalk this off to, ‘Hey, we got a bunch of freshmen on the court and that’s OK.’ We have to understand we’re UCLA, and I don’t care how old you are. I don’t care how much experience you have. You’re out there to go win.”

UCLA responded with a win against then-undefeated Long Beach State. The Bruins had been swept in each of the past two matchups against the Beach last season before Saturday’s win.

The same four freshmen starters combined for 35 of the team’s 49 kills and only had seven of the team’s 14 hitting errors. The group was led in hitting percentage by freshman setter/opposite Mads Kyed Jensen, who hit for .889 without tallying a single hitting error. He also had the team’s only three aces on the night.

Ketrzynski and Knight combined for 27 kills, with Ketrzynski tying his season-high in kills with 17. These two lead the Bruins in total kills on the season with 75 and 79, respectively.

UCLA’s next match will be against No. 2 BYU on Thursday at 6 p.m. at the Smith Fieldhouse in Provo, Utah. 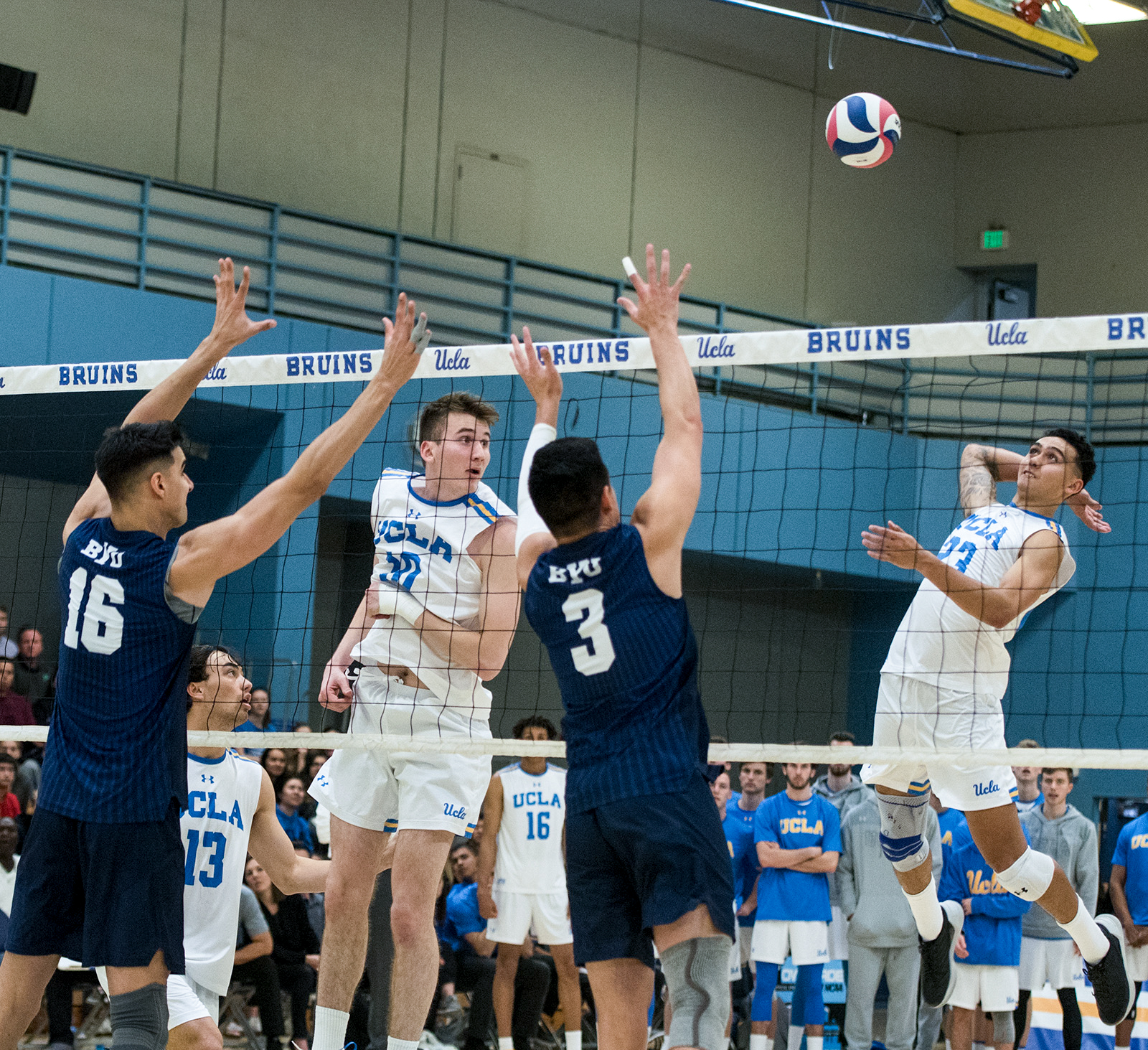 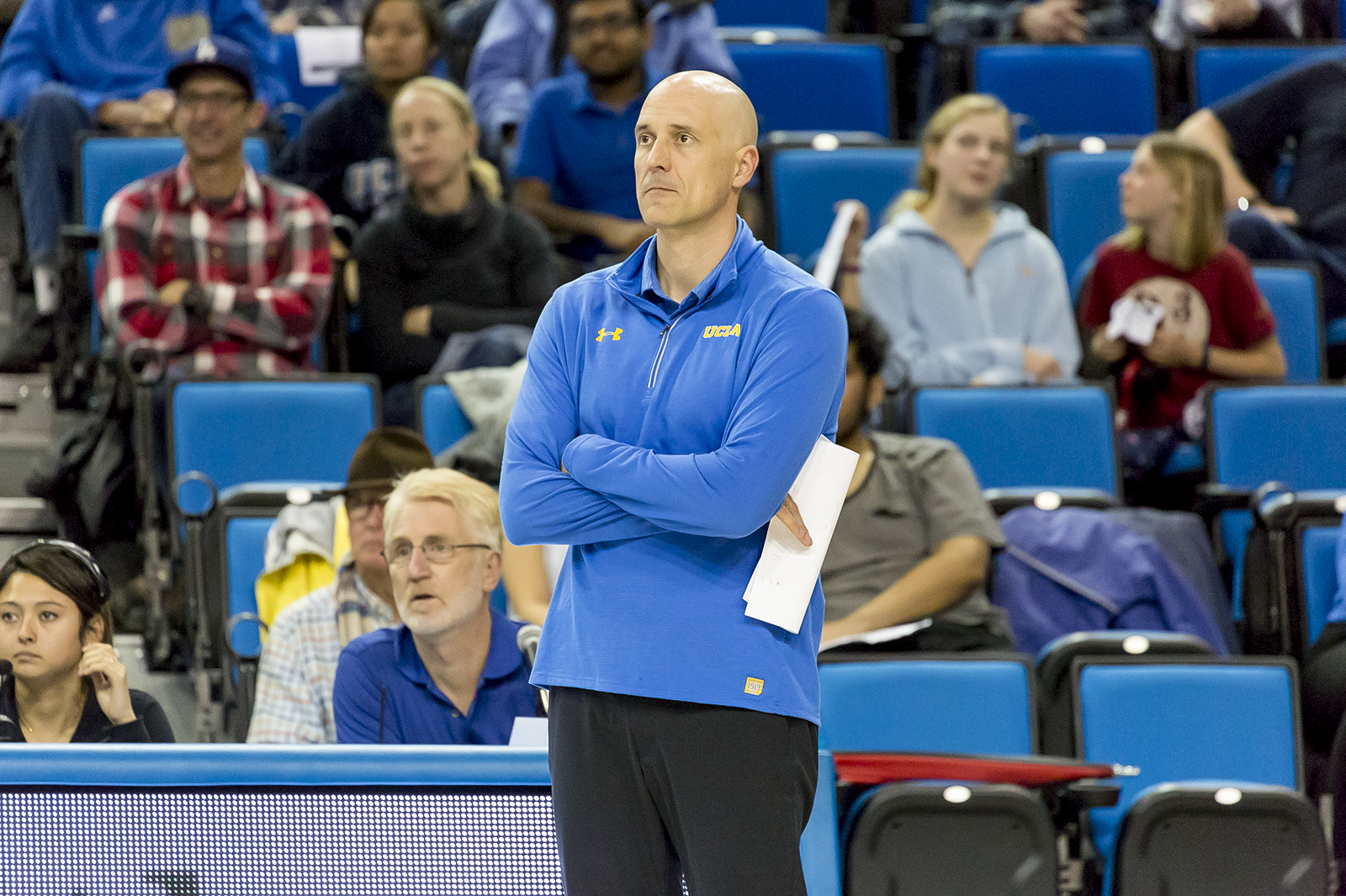 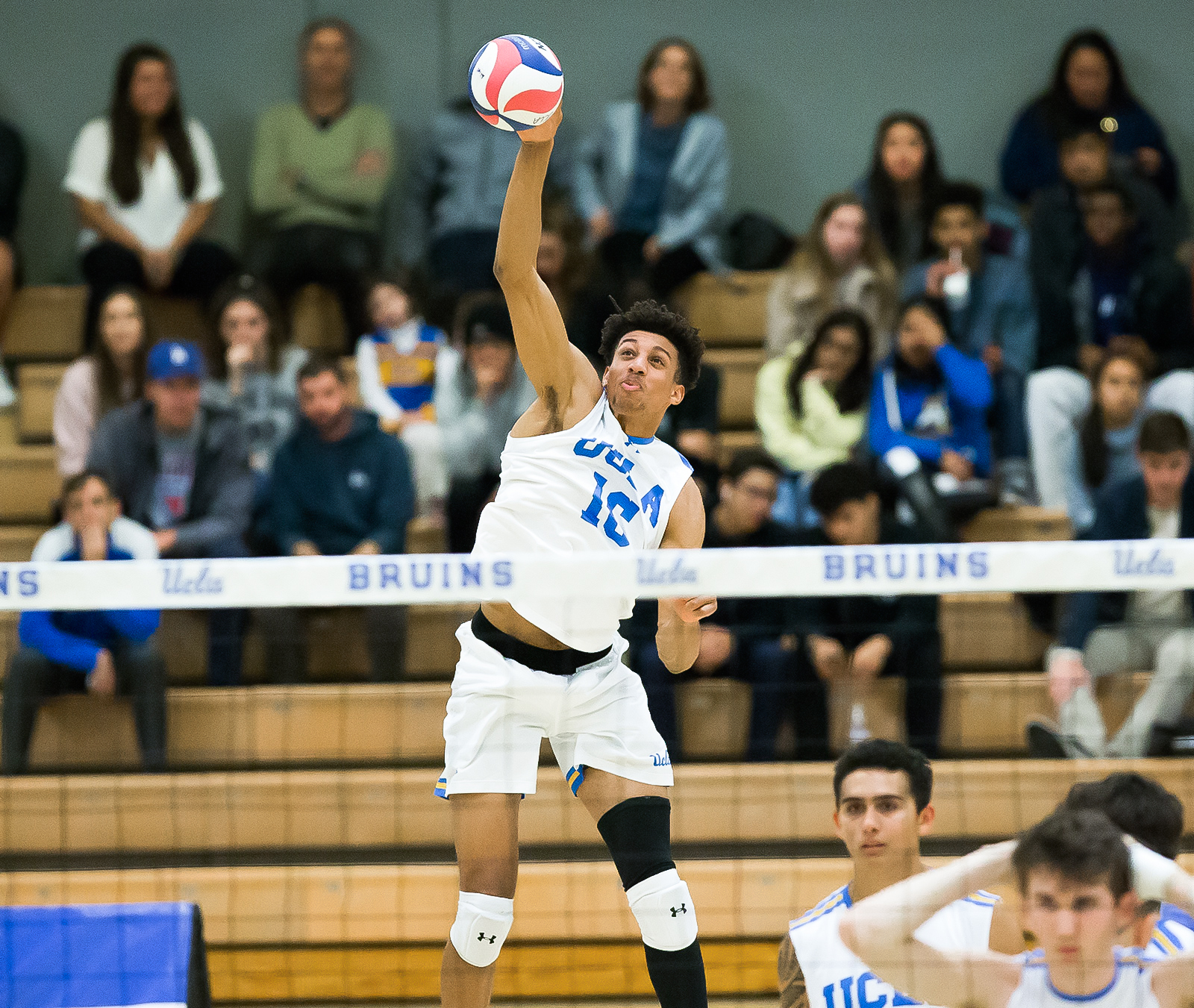 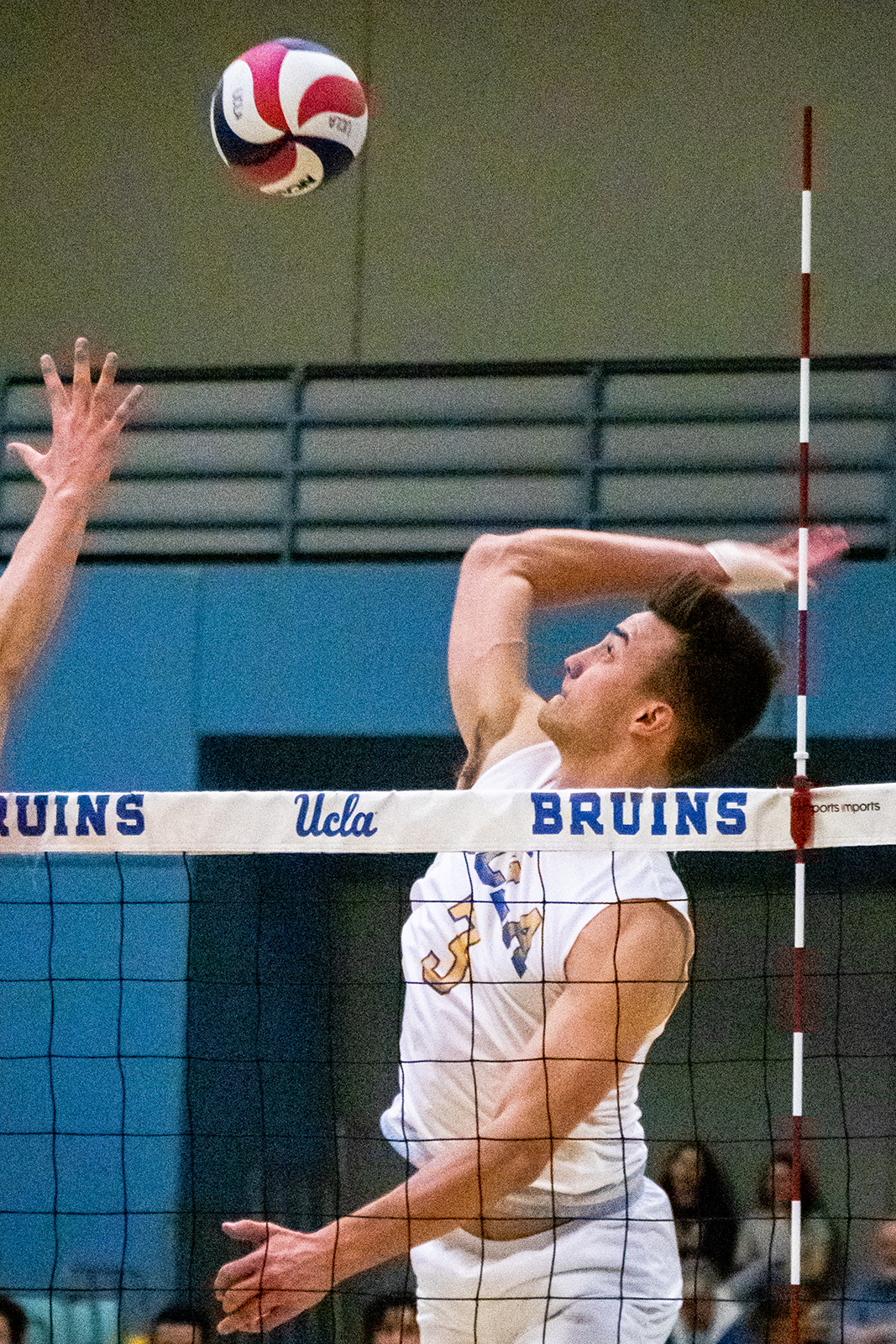