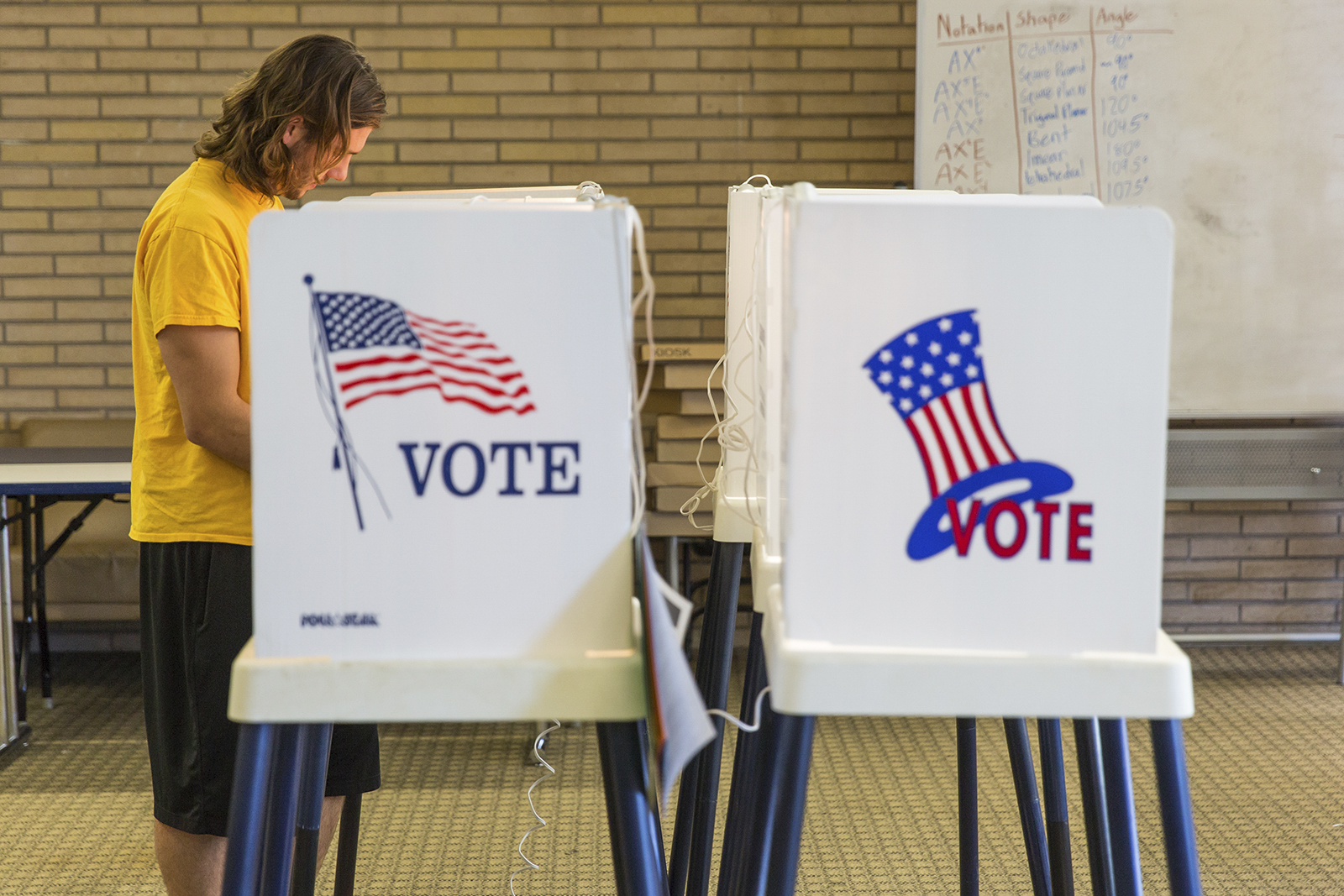 Out-of-state students should take advantage of university voting resources, along with student organizational efforts, to register to vote and partake in the 2020 presidential election. (Daily Bruin file photo)

Being accosted by countless student canvassers every morning on Bruin Walk quickly proves just how passionate UCLA students are about national issues.

If only that passion was reflected in the 2018 midterm elections.

Much the opposite, student voter turnout was just 45% at UCLA – despite an abundance of voting resources available on campus and online.

Students can register with various student organizations and vote at the Ackerman Student Union during an election cycle. The official UCLA website, BruinsVOTE!, offers online voter registration along with information about how and when to vote. The related campus coalition, BruinsVOTE!, comprised of multiple organizations including USAC and CALPIRG, helps register students to vote and hosts events to promote civic engagement.

But not all students benefit from hyperengaged flyering – specifically, students who don’t call California home.

For out-of-state students, the process can be much more complex – and even UCLA’s resources can’t fully address the difficulties of casting absentee ballots or re-registering to vote in California. There is a lack of widespread information regarding which state to vote under and which address to use.

Unfortunately, this confusion is often enough to stop out-of-state students from voting entirely.

Bruins need to take advantage of the plethora of resources UCLA offers to facilitate the voting process during the upcoming 2020 primaries and presidential election. In doing so, students can help to reverse the trend of low college-aged voter turnout and make the most of their platform as the largest age group of eligible voters. But for out-of-state students, the university can work to increase knowledge of the California voting process – a feasible goal considering the abundance of resources UCLA offers to help students vote.

Currently, 11.4% of all enrolled UCLA students are from states outside of California. College-age young adults are historically less likely to vote, according to the United States Census Bureau. On the other hand, the Pew Research Center expects the millennial and post-millennial generations to be the largest age group eligible to vote in the next election.

That’s a lot of moving parts for a student who just moved across the country. But increasing awareness about voting resources can provide clarity to new residents of the Golden State.

But the success of these efforts nonetheless depends on students’ willingness to listen – and UCLA’s willingness to share information about its own resources.

Elisa Chang, an education studies graduate student and chair of the BruinsVOTE! coalition said they aim to spread awareness about available resources because a lack of information prevents students from voting.

“There are still a lot of students that don’t know, for example, that our voting center is open 11 days before election day, or don’t know that they can go in early to vote in Ackerman,” Chang said.

UCLA students need to be aware of factors like the 11-day period that gives students time between school, part-time jobs and extracurriculars to show up to the polls. For out-of-state students struggling with the red tape of re-registration, this extended time frame could make or break their participation in the election.

“If we made voting for the internet, we would get a lot more people to vote,” Weissman said. “I think a lot of people don’t vote because it’s an inconvenience to their day.”

And being thousands of miles from home can make voting more than an inconvenience.

Weissman originally registered to vote in her home state of New Jersey, and although she still plans to vote, she said the process of re-registering may prevent other out-of-state students from doing so.

And what many students don’t know will end up hurting them. In reality, re-registering only takes an average of two minutes through CALPIRG’s aforementioned New Voters Project website, or UCLA’s official voting website, BruinsVOTE!

Simply put, it’s not the process itself that hinders out-of-state voting. Instead, it’s students’ lack of knowledge of that process – and UCLA can help to improve that awareness.

Fortunately, some steps are already being taken.

Karen Hedges, Deputy Director for Campus Life at UCLA Student Affairs, names UCLA’s official voting website as a useful resource for students to stay on top of their voting status.

“I’m editing our public website, bruinsvote.ucla.edu, right now to get that ready to go and up to date with the new LA Voter Initiative,” said Hedges. “We’re planning a very big launch after Feb. 10.”

The update will include information about online voter registration and checking voter status, in addition to a myriad of other resources

Granted, UCLA’s 2018 midterms student voter turnout of 45% is above the 2018 midterms national student voting rate of 40.3%. But as the top public university in the nation, UCLA can lead the charge to increase this national rate.

As members of an age group with the largest potential block of voters, the power is in students’ hands. The results of upcoming elections will most definitely affect Bruins, and it’s in their power to affect what those results are.

Because with all of these resources and more on the way, there is very little excuse for 55% of students to sit this year out. 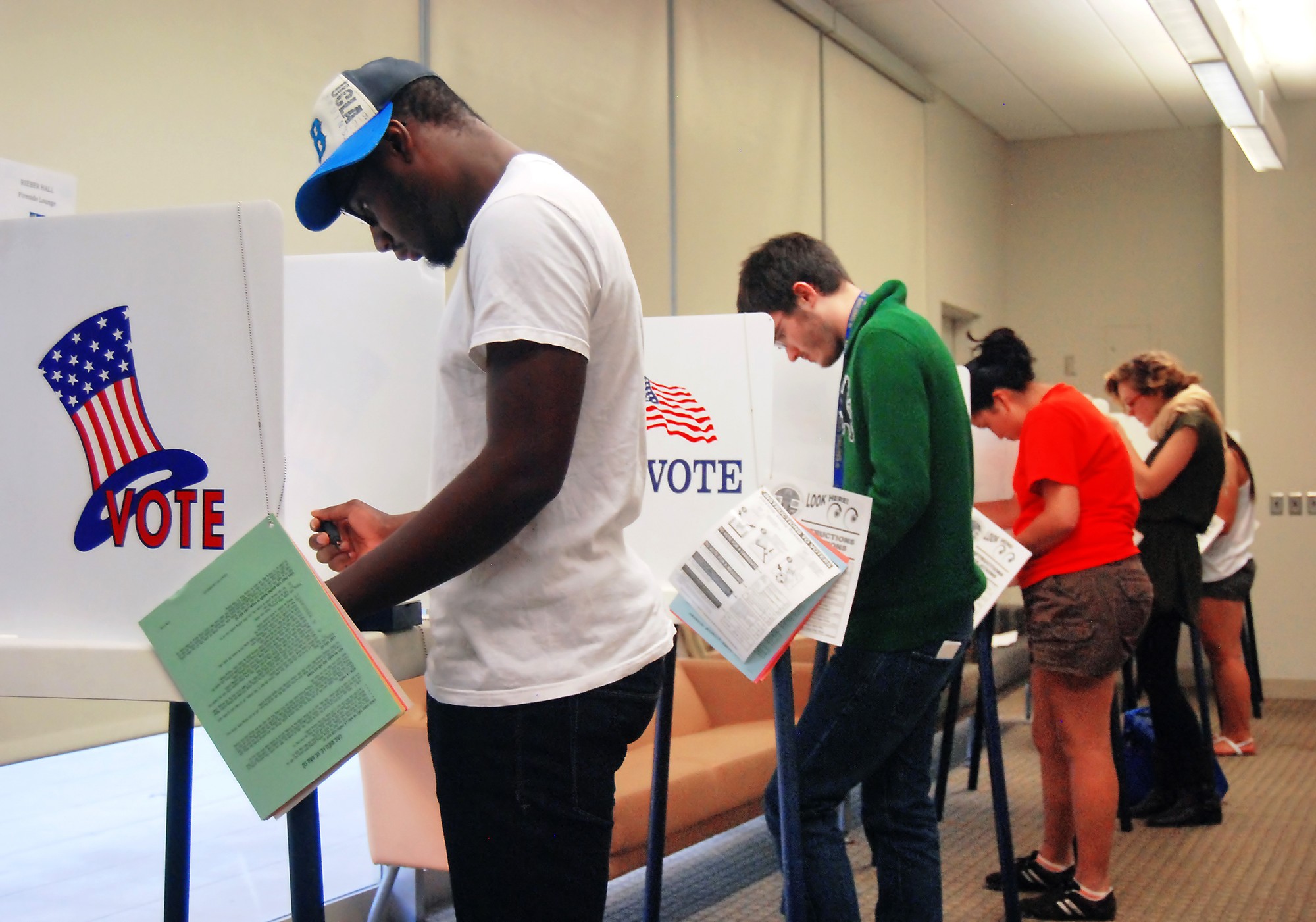 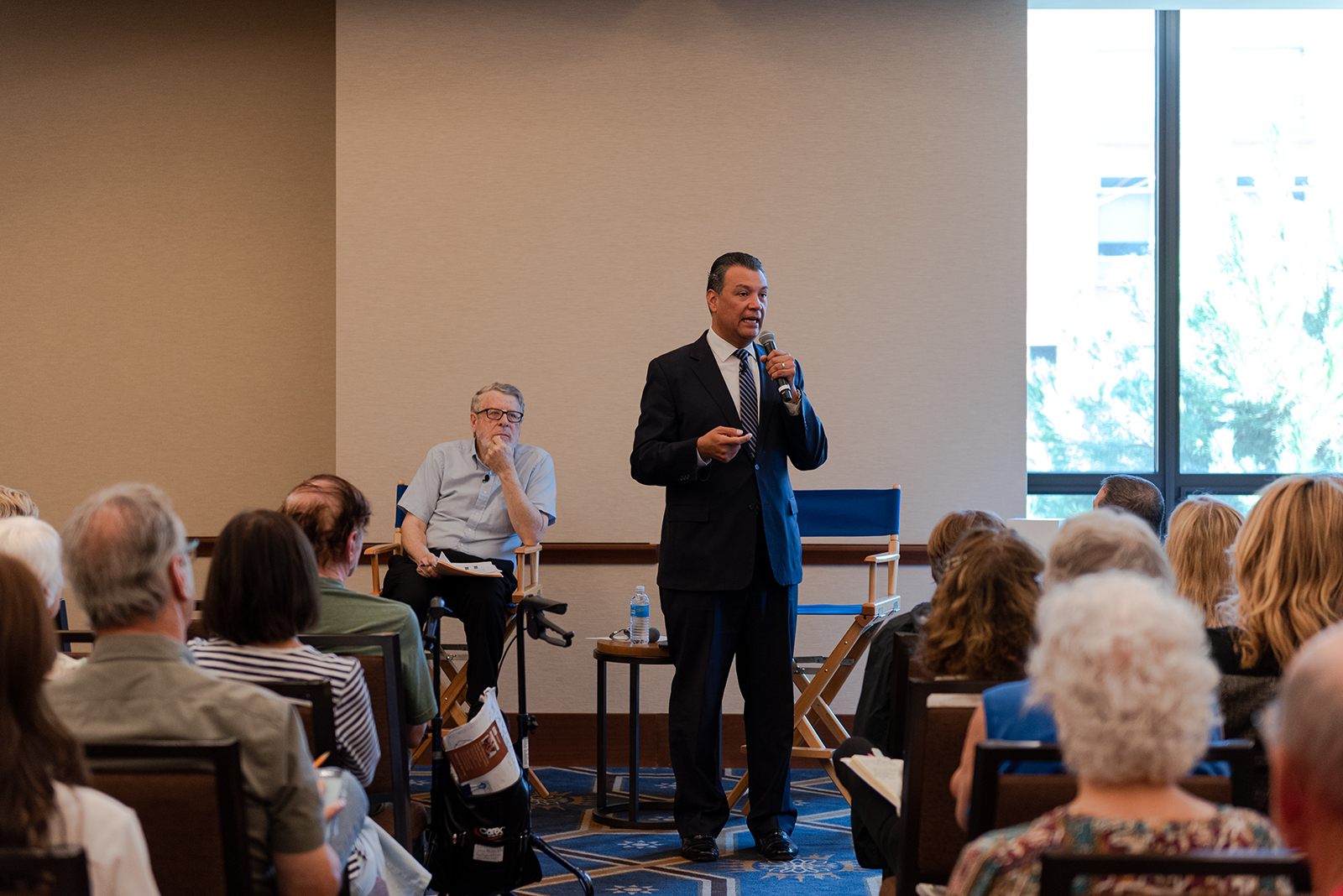