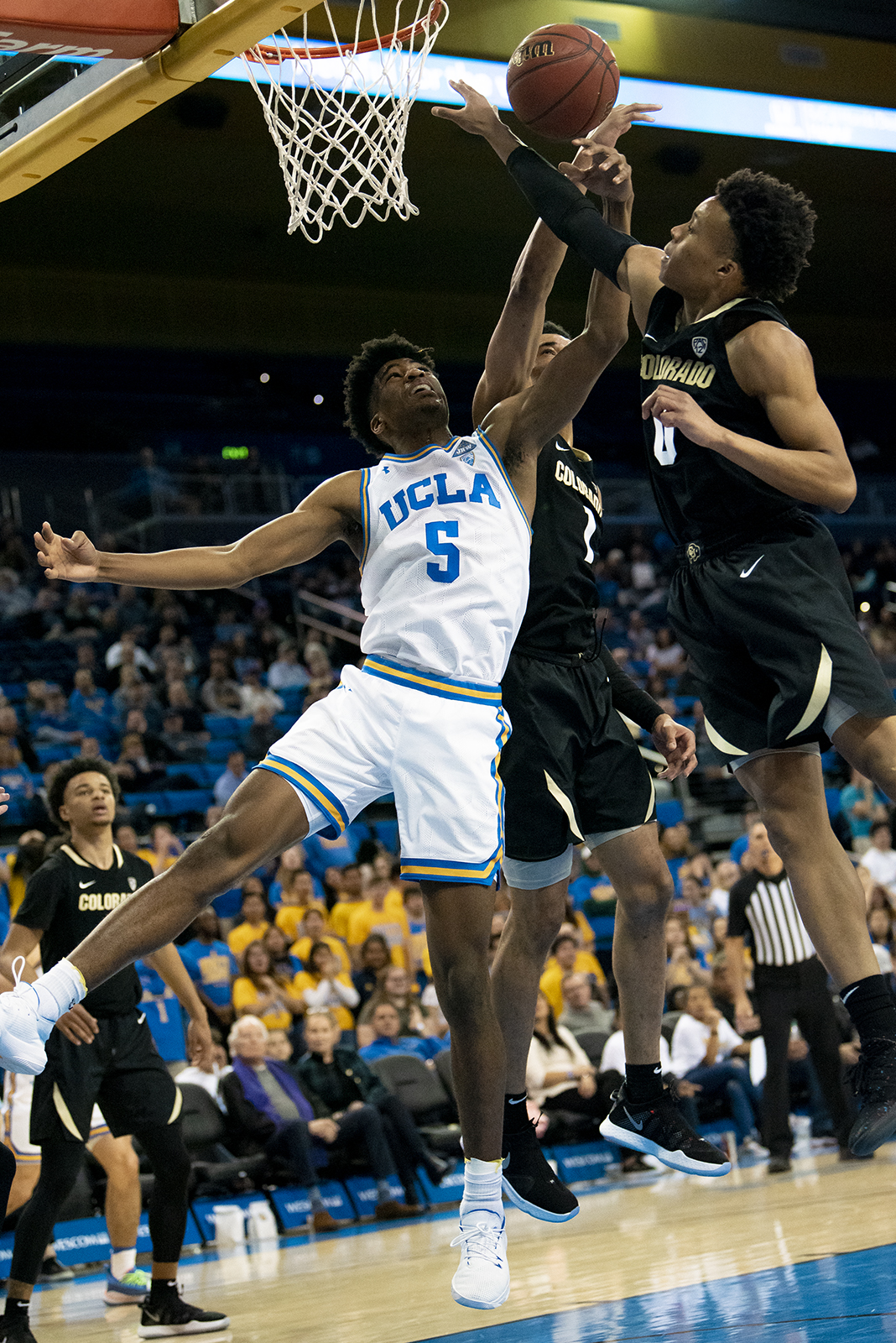 Junior guard Chris Smith put up 30 points and nine rebounds in UCLA men’s basketball’s win over No. 20 Colorado on Thursday, leading the Bruins in both categories. (Kanishka Mehra/Assistant Photo editor)

The Bruins pulled off a feat they hadn’t accomplished in almost two years, and they did so on the shoulders of their leading scorer.

“It showed us and everyone else that we can hang with some of the best,” said junior guard Chris Smith.

Smith poured in a career-high 30 points en route to the win, shooting 8-of-16 from the field and 13-of-15 from the free throw line. Coach Mick Cronin said he anticipated the Buffaloes making life difficult for his offense, but knew he would be able to rely on Smith’s size in isolation.

“It’s hard to run plays and score against (Colorado) because they’re just so well schooled in their help side,” Cronin said. “So I tried to get (Smith) the best matchup I could and ride it home. He’s such a good free throw shooter that we’ve worked hard with him at drawing fouls, and it’s really made a difference in his game.”

The Bruins were holding onto a two-possession lead with four minutes to play, but Smith nearly dribbled it off his leg and out of bounds. After managing to keep his dribble alive, Smith went at two defenders and hoisted up a deep fadeaway that rolled off the front rim and in as the shot clock expired, putting UCLA up by eight.

Colorado kept it close down the stretch, but the UCLA defense clamped down and secured the victory.

Despite shooting just 38.9% from the field in the game, it held the Buffaloes to just 10 points in the contest’s opening 11 minutes and a final shooting percentage of 42.2%.

Freshman guard/forward Jaime Jaquez Jr. and redshirt senior guard Prince Ali joined Smith in the double figures, scoring 13 and 11 points, respectively. Both players finished the night 3-of-7 from the floor.

Ali helped UCLA jump out to a double-digit first-half lead with three 3-pointers, and Cronin said he was happy to see the fifth-year veteran’s shots falling early.

“Prince’s attitude in practice the last two days was great,” Cronin said. “So many young kids this day and age, when things aren’t going their way, play the victim instead of looking in the mirror.”

Ali – who shot 33.9% from long range last season – said Cronin’s confidence in him has not wavered, despite his 20% mark from deep this year.

“Coach Cronin, this whole week, he’s just been on me about just being ready to shoot and being confident in my stroke,” Ali said. “I knew coming in, if I had a clean look, I was going to let it go.”

UCLA also knocked down its first 20 attempts from the charity stripe, finishing 25-of-29 on the night. The Bruins’ 86.2% clip at the line set a new season high, surpassing the team’s 83.3% effort Dec. 28 against Cal State Fullerton.

“We’ve got some young guys, but they don’t play like they’re young,” Smith said. “(Jaquez Jr.) hit four clutch free throws at the end – that’s not what a freshman would do. I would’ve missed them boys.”

UCLA will return to action when it hosts Utah at Pauley Pavilion on Sunday at noon.