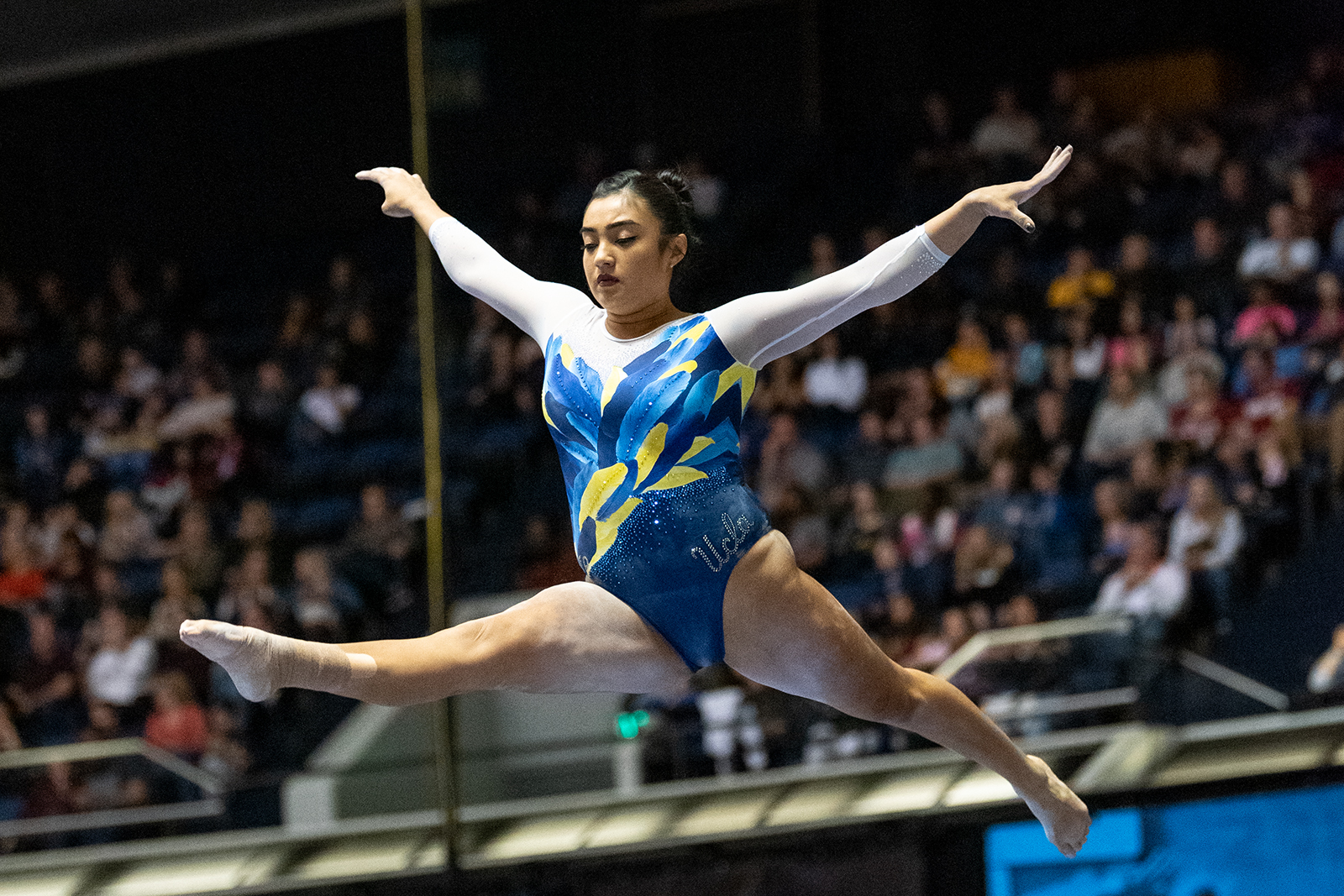 Senior Felicia Hano competed on floor for the first time this season in No. 3 UCLA gymnastics’ victory over then-No. 25 Stanford on Monday. Hano and the Bruins will have to compete once again just four days later when they host Washington on Friday. (Axel Lopez/Daily Bruin senior staff)

The Bruins have incrementally increased their score in every meet so far this year, leading up to a 197.575 against the Cardinal. But, those meets came at least six days apart. In fact, UCLA has not had such little time between regular-season meets since 2018 when there was a two-day gap.

However, coach Chris Waller said the team is prepared for this challenge and had planned ahead for the short time span in between competitions, scheduling extra conditioning ahead of the Stanford meet so that the team can focus on recovery in the next few days.

Monday night’s meet showcased fresh faces on certain events. Freshman Chloe Lashbrooke, who previously broke into the floor lineup versus Boise State, competed on vault, while redshirt senior Nicki Shapiro made her season debut on beam. Veteran members of the squad, junior Pauline Tratz and senior Felicia Hano, also made their first season appearances on vault and on floor, respectively.

Though Waller did not specify if these lineup changes were due to wanting to give gymnasts a break in order to compete twice in a week, Hano said the team was trying to be proactive in keeping itself healthy.

“We did make a few lineup switches just for precautionary reasons,” Hano said. “But I think it’s still pretty early in the season; everyone feels pretty good, so we’re not really too worried about being tired.”

It is unknown if the lineup will be altered again for the meet against Washington. Waller said he is playing it by ear and will make his decisions closer to meet day.

“It really depends on the feedback from our athletes and how they feel after this competition,” Waller said. “We’ll go from there.”

Shapiro, who has not competed since 2016, said UCLA is also looking to continue its momentum, which could be helped by the shortened break period.

“We’re just going to keep that same energy and just have fun and be ourselves,” Shapiro said. “That’s when we’re most successful, and that’s what we’re going to keep on doing.”

Despite the quick turnaround, Hano said that UCLA is confident that it will continue on this path. The Bruins are also aiming to hit the coveted 198-point mark.

“Just maintaining (our) energy at a really high level is going to help us,” Hano said. “We only have one day of training in between this night and Friday, and I think focusing on the details is really going to push us over the edge to get a 198.” 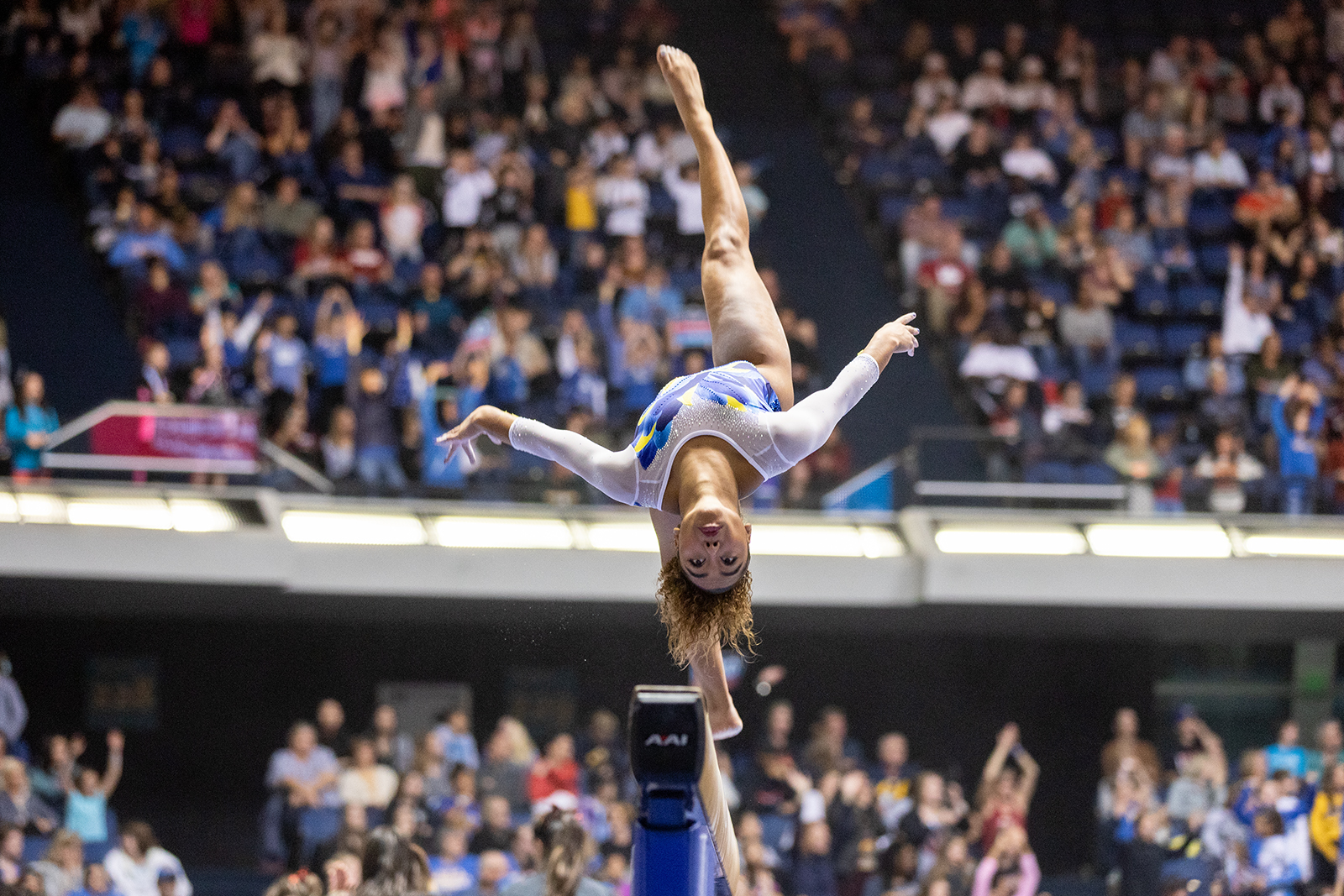