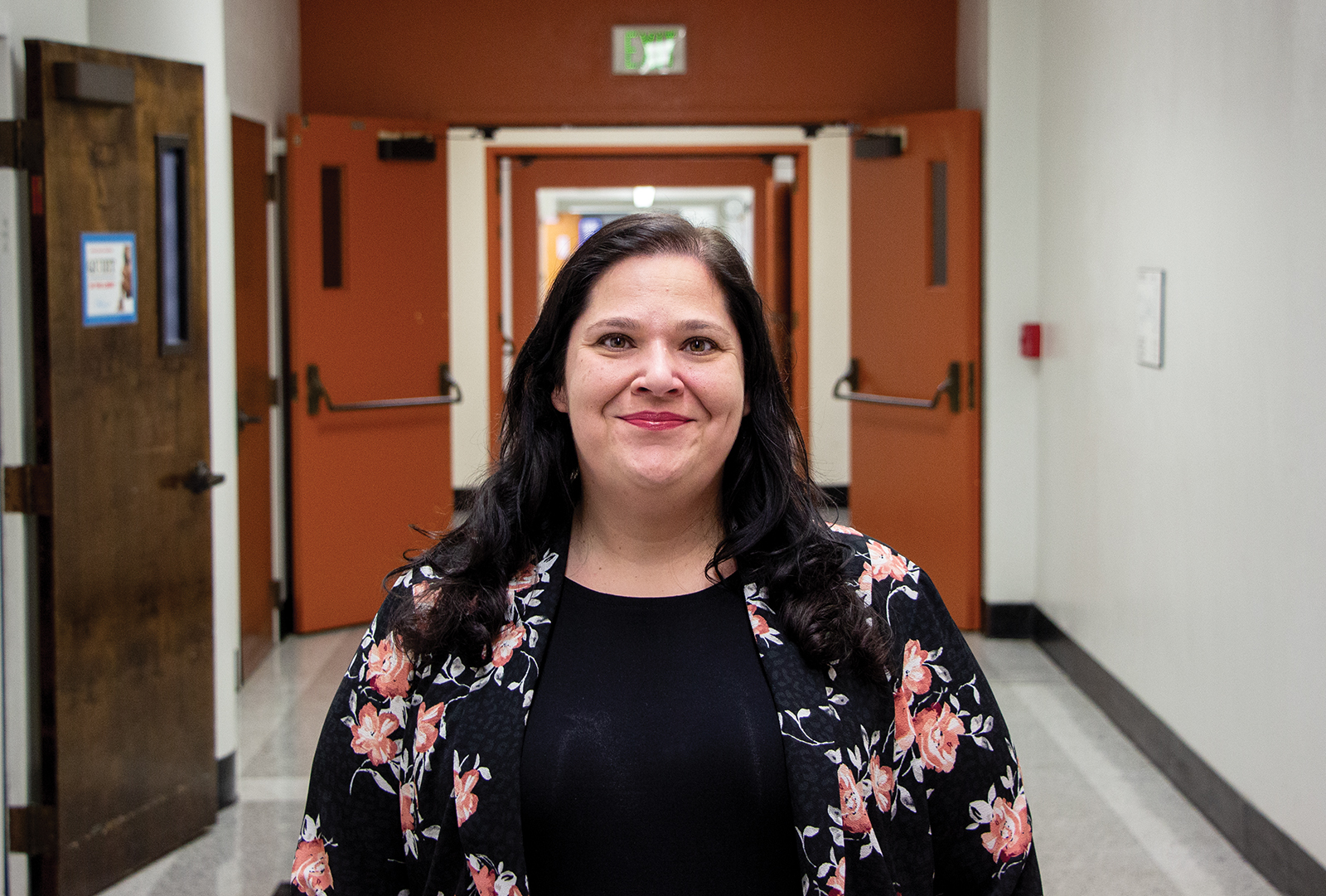 UCLA’s new Campus Assault Resources and Education director Jennifer Jiries said she is excited to work with the CARE team and has received support from both her colleagues and administrators. (Martín Bilbao/Daily Bruin senior staff)

UCLA has hired a new director for its Campus Assault Resources and Education center.

The new director, Jennifer Jiries, began her post Jan. 13. She is succeeding previous director Alicia Oeser, who served for the 2018-2019 school year before departing in May.

CARE is a campus program dedicated to education about sexual assault, advocacy for victims and sexual assault prevention. It also provides healing programs for survivors and the UCLA community at large.

Jiries said she is excited to be a part of the team and added that she has felt very welcomed. She also said she looks forward to helping build a solid foundation for the program.

“Every administrator, staff member at (UCLA Counseling and Psychological Services), everyone has been excited and offering help and sharing the ways in which they collaborate with CARE,” Jiries said.

Following Oeser’s departure, administrators said they would look to have a replacement by fall. While Jiries was hired in late fall, she was installed in the winter since the break would have made her transition difficult, said Nicole Green, UCLA’s executive director of CAPS.

Green served as the CARE program’s interim director while UCLA searched for a replacement, still managing CAPS at the time. She was the program’s director when it began under CAPS.

“I’ve been involved with the program for the last 10 years maybe, so in terms of understanding it and knowing what it needs and knowing how to try to get it space and more advocacy, we’ve been working on these goals all along,” Green said. “We’re a busy campus with lots of needs, but the goal has always been to make sure that there is good continuity of care between students who are survivors of sexual violence and mental health services.”

CARE recently expanded its program and hired two additional staff members in the process, according to an emailed statement.

Green said she’s excited about how CARE has grown into a fully independently functioning program.

In the last four years, CARE has grown from half-time advocates to three full-time advocates and is potentially searching for a fourth advocate in the spring, Green said.

It has also expanded prevention education personnel. Additionally, a separate graduate student researcher from UCLA Graduate School of Education and Information Studies will look at the program’s outcomes and assessments, Green said.

“It takes time to find people and space and money and infrastructure, but we’ve done quite a lot over the last four to five years,” Green said.

Jiries, who received a Master of Social Welfare from UCLA, previously worked for the Los Angeles LGBT Center and trained at the Los Angeles County Department of Mental Health.

“Given the high demands and challenges of work involving sexual harassment, sexual violence and trauma at a campus as diverse as UCLA, it took time, diligence and careful consideration to find the right fit for this critical campus position,” UCLA said in the statement. “We expect Jiries to lead the CARE program for years to come.”

With her previous work at the Los Angeles LGBT Center, Jiries said she hopes to bring her experience working with intersectional and marginalized groups of people to serve many communities on campus.

Jiries added that she hopes her team will connect with students through outreach, student engagement and campus initiatives.