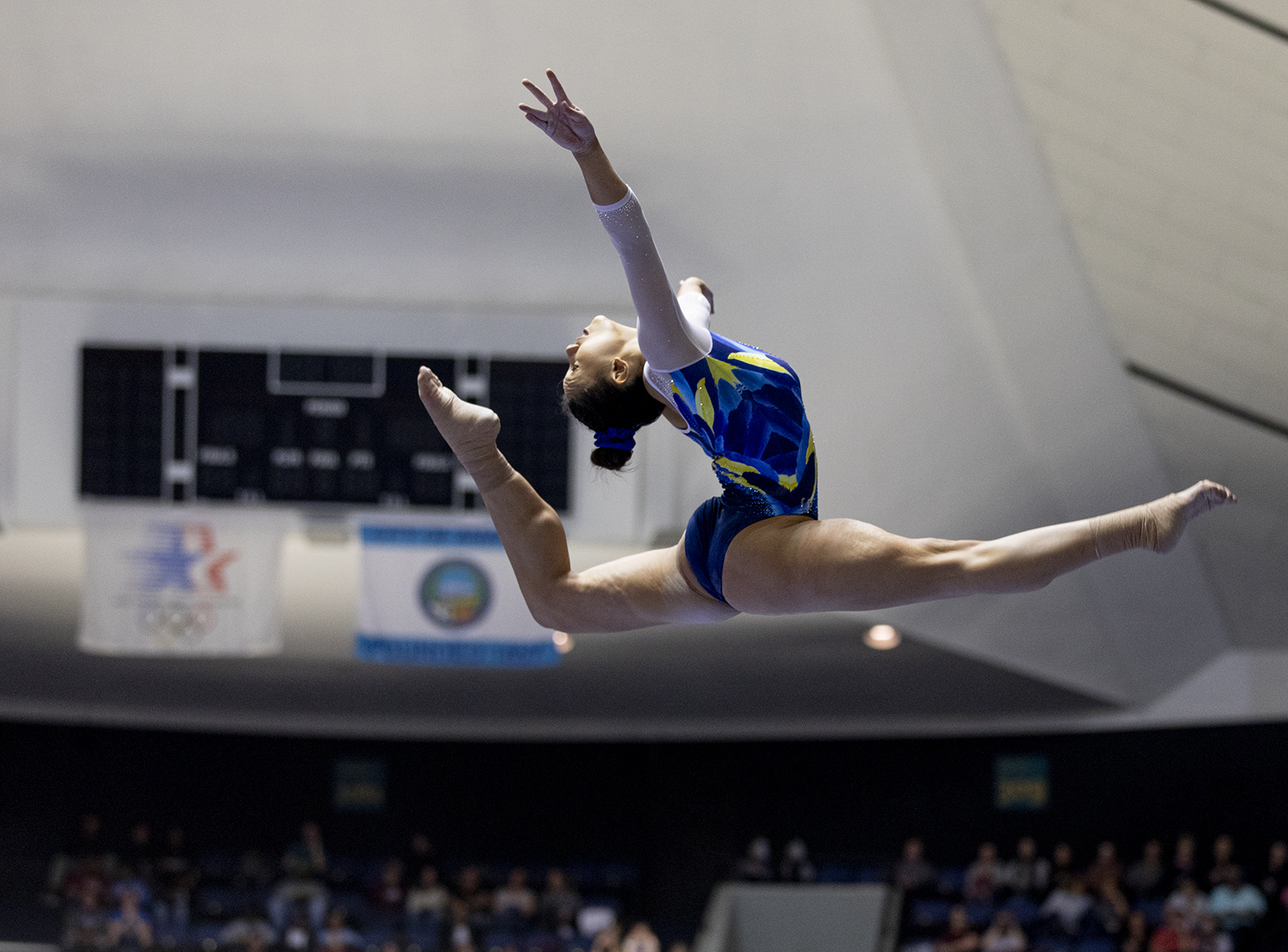 Senior Kyla Ross and No. 3 UCLA gymnastics will travel to No. 25 Stanford for a Monday night meet. It will be the second time the Bruins face the Cardinal this season, having previously outscored them at the Collegiate Challenge to open the teams’ seasons. (Kristie-Valerie Hoang/Daily Bruin senior staff)

The Bruins are following an upward trend when it comes to their scores and their confidence.

No. 3 UCLA gymnastics (2-0) will take on No. 25 Stanford (0-1) in an away meet Monday night. The Bruins are coming off a win last weekend in a tri-meet against BYU and Utah State, where the squad received a season-high score of 197.425.

“A week and a half ago (with) that floor rotation, we busted open this door to a championship culture, and in the following hard week of work and the meet over the weekend, we walked through that door,” said head coach Chris Waller. “Now, I see us as being in a place of basically just more confidence, knowing that there’s plenty of work to do, but we’re pretty good.”

After scoring sub-49 on beam during their first two meets, the Bruins shifted their beam lineup to try to break 49. The team jumped to its best performance of the year, a 49.375.

“We just did a lot of pressure sets each day in practice,” said senior Kyla Ross. “We came in and we went through and switched the lineup order and tried different things to see which lineup order could put up the highest score. I’m not sure if that’ll change this week, but it was really cool to be able to go up and hit all six and put up a good beam score.”

Senior Madison Kocian said this improvement can also be attributed to added pressure during training that led to UCLA having greater confidence while competing.

“(The beam lineup) did intersquad routines every single day, so we (put) a lot of added pressure on them and they hit every single day, even through the challenges,” Kocian said. “I think that gave them even more confidence going into the next meet. They were able to rely on all the numbers we had done in the gym and rely on that confidence in themselves.”

The Bruins have already faced the Cardinal this season in the Collegiate Challenge powered by Under Armour, where the teams placed second and fourth, respectively. Stanford lost its only dual meet so far this season, earning 195.550 in a loss to California, which scored 197.325.

Kyla Bryant is the Cardinal’s highest ranked gymnast on floor, ranking 10th nationally, while the Bruins have three athletes who rank above her in the event – Ross in fourth, senior Gracie Kramer in sixth and sophomore Margzetta Frazier in eighth.

Stanford’s scores this season have fluctuated, starting off at a 195.475 before dipping to a 194.700 and then rising to a 195.550. In contrast, the UCLA team scores have steadily increased throughout its season.

Waller said he is not sure that “confidence” fully captures the team’s growth from its first meet to the upcoming matchup against Stanford.

“I guess, in the simplest terms, confidence might be the simplest way to put it,” Waller said. “But, it certainly simplifies all the things that … the confidence is built upon: the trust the team has built, the physical work they’ve done and all the stuff they’ve done to come together has allowed the team to have that confidence.” 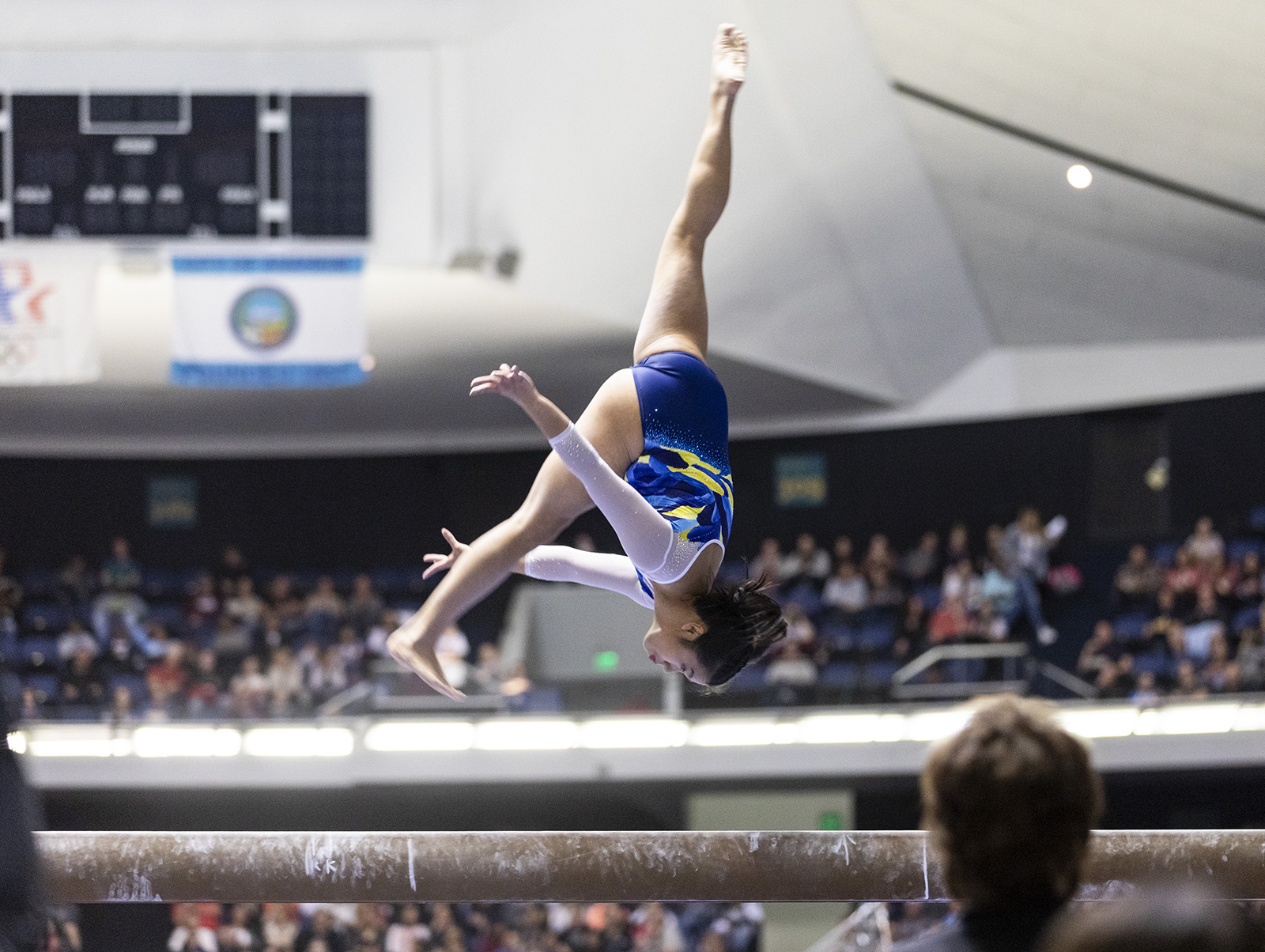 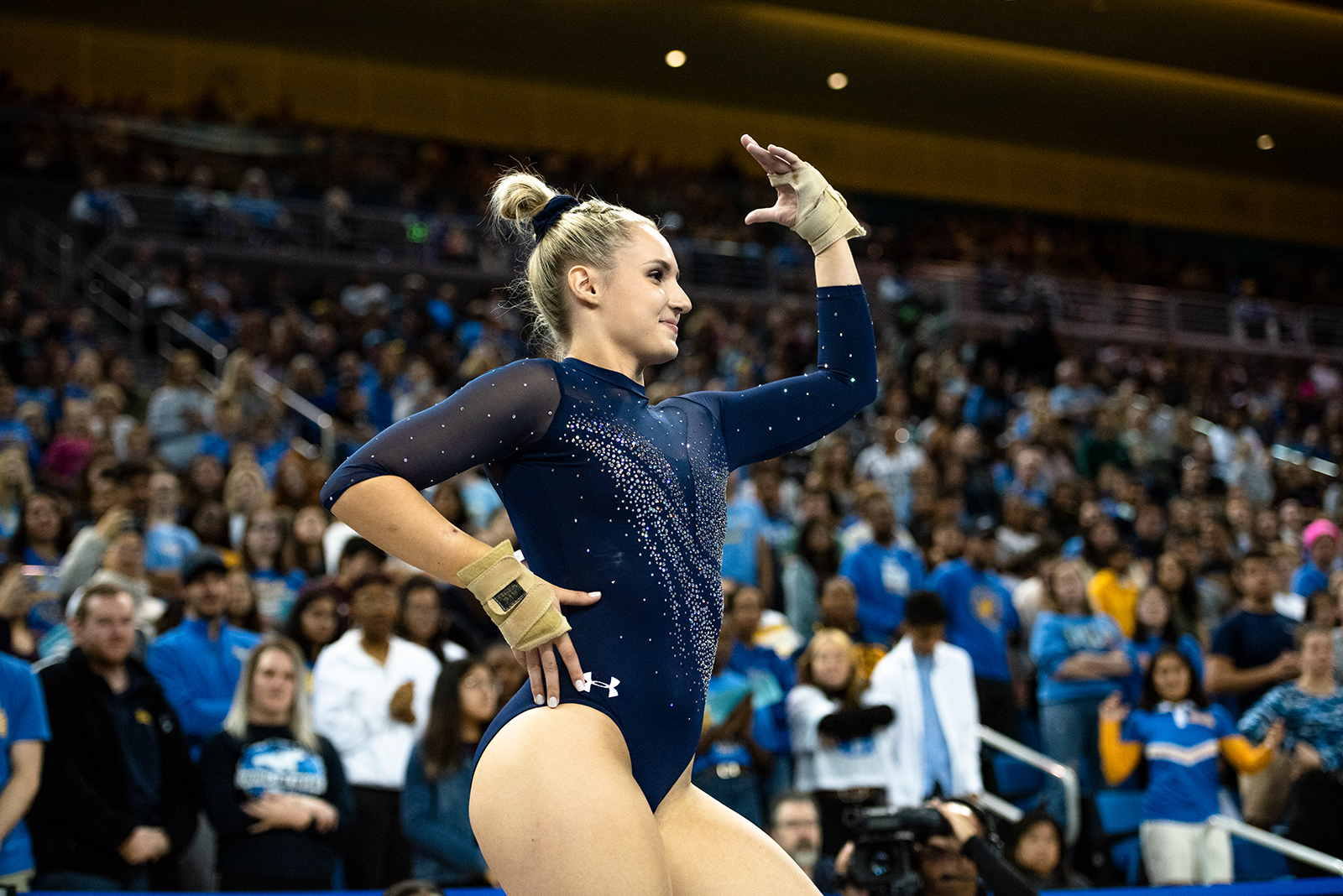 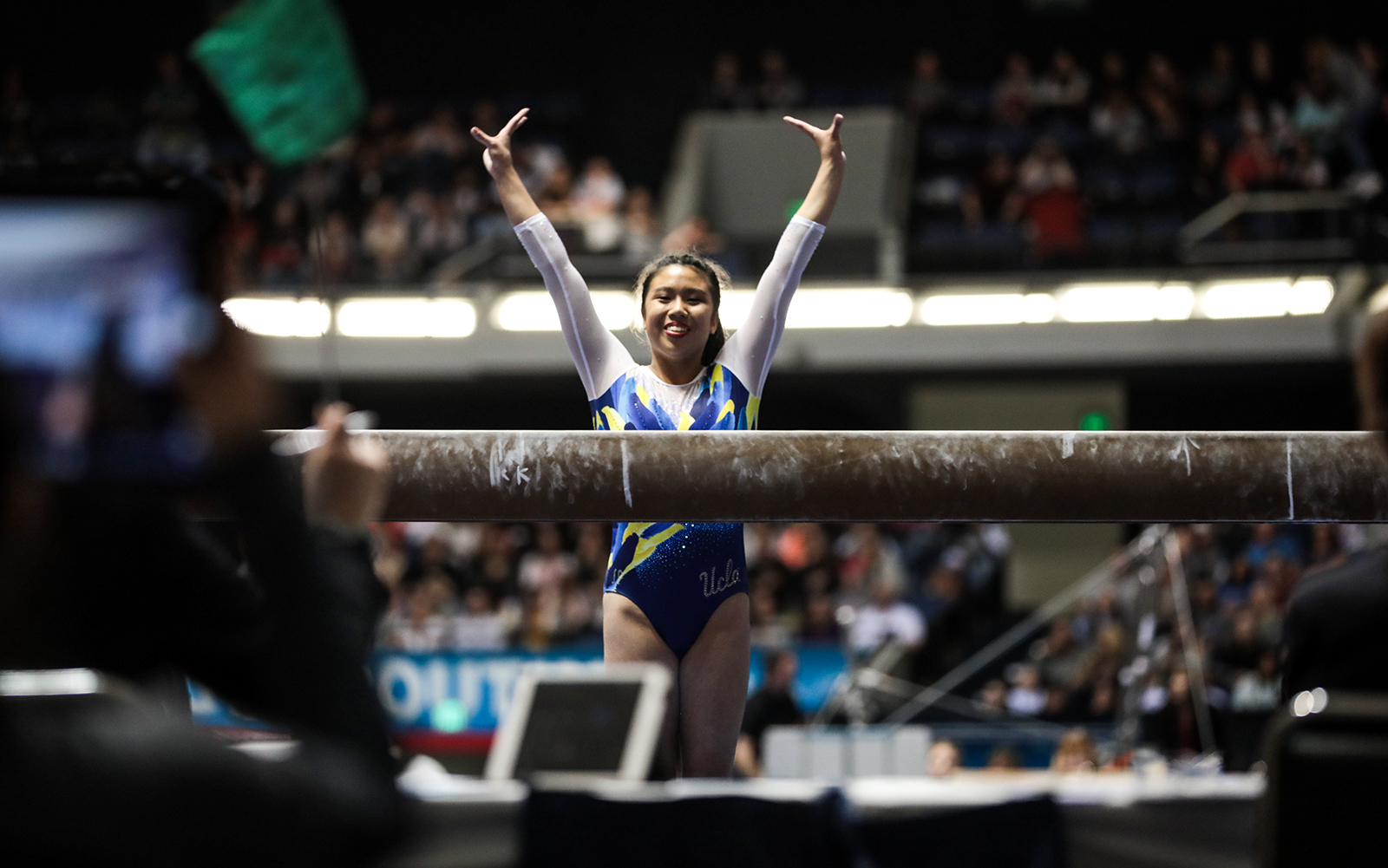