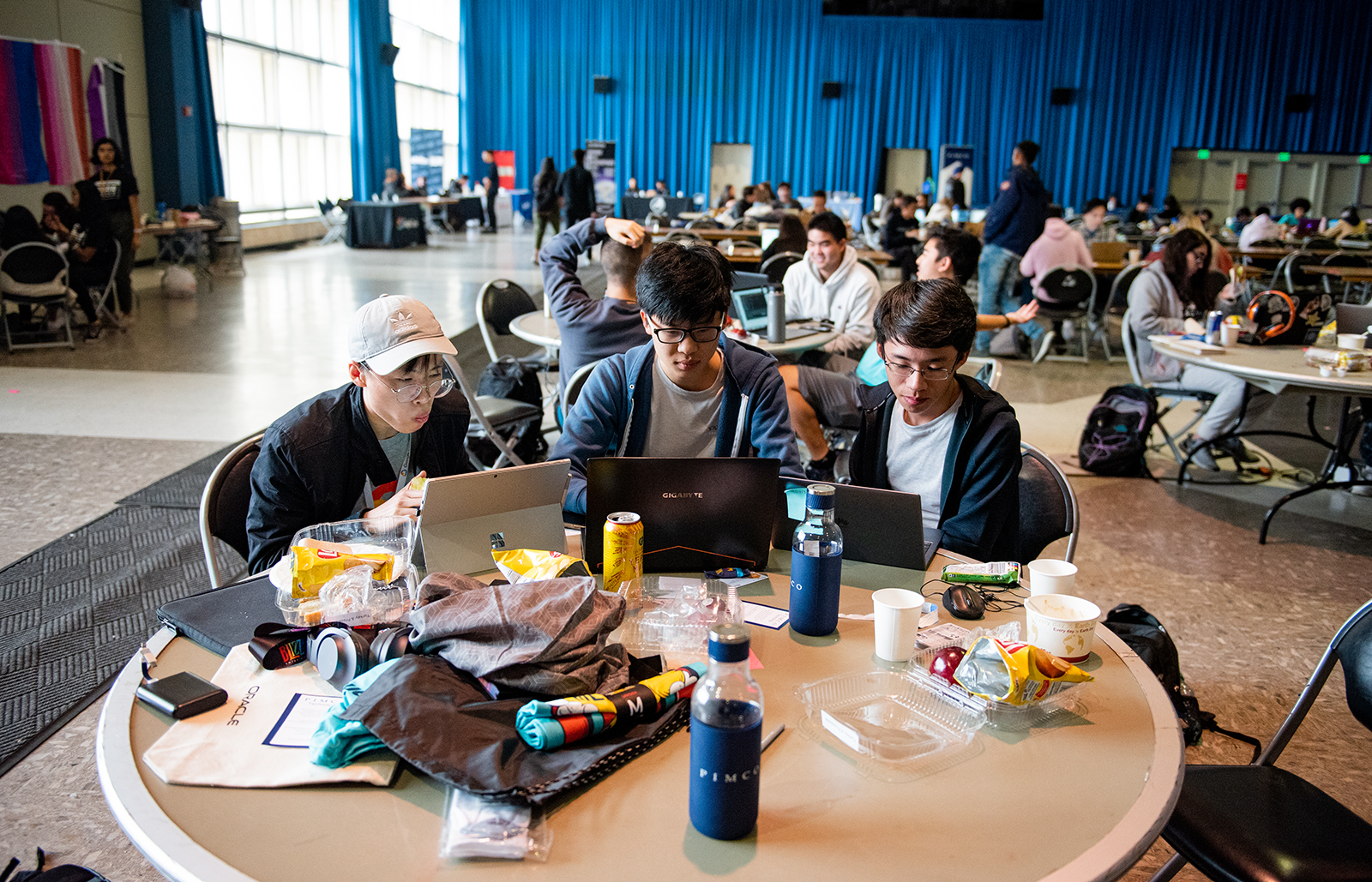 Aritra Mullick had a midterm Monday at 8 a.m., but was at the UCLA QWER Hacks event the weekend before working on an app that would distinguish recyclable material from trash.

“I don’t even know what I’m going to do,” Mullick said in between laughs with his teammates.

During hackathons, programmers and developers race to create software projects before a deadline. This hackathon sought to create a space for LGBTQ+ people in STEM.

The hackathon’s mission was to have teams create products to better society, with categories such as Best LGBTQ Hack or Most Sustainable Hack, said Isabel Ketner, one of the QWER Hacks organizers. The hackathon also sought to increase the visibilty of LGTBQ+ people in STEM.

“I just want a space where people can feel seen, and people can feel comfortable being their true authentic selves,” said Ketner, a third-year computer engineering student. “As a queer person in tech, I find it very hard to just be authentically me in a place that is very cishet and white.”

QWER Hacks gathered about 50 sponsors and 100 hackers to the event, Ketner added. The event was also hosted with the help of Major League Hacking, an official student hackathon league.

QWER Hacks had applicants from Canada, the United States and even India, said Sharvani Jha, a third-year computer science student and event organizer.

Participants presented their projects to judges and demoed their finished products after 24 hours of coding. Sponsors, such as Facebook and Google Cloud, judged some of the categories, while other sponsors, such as Lockheed Martin and PIMCO, said students could submit resumes if they wanted to.

Mullick, Srivastava and Nair’s team placed second for the category with their app, BruinTrash, which helps users sort items as recyclable or nonrecyclable with just a picture of the item.

For the project, Nair coded until 5 a.m. but managed to sleep for a few hours before resuming his work.

After receiving their prize, the team members said they plan on working on BruinTrash outside of the hackathon, focusing next on an Android app and even localizing it to UCLA’s campus specifically by adding a feature to direct users to the nearest trash can to them.

Despite a long night of coding, Nair said the hackathon was worth the time.

Srivastava said she also enjoyed the event and that the experience had professional value.

Soldaini talked about how he used data research to improve the accessibility of mental health resources to marginalized communities, including the LGBTQ+ community.

Arjun Subramonian, one of the QWER Hacks organizers, said he thinks Soldaini, who works specifically on natural language processing for Amazon Alexa, can serve as a role model for students.

“It’s shown that when you have role models like that, people tend to stay within the major,” said Subramonian, a second-year computer science student.

Jha said for her the event was about advocating for communities even if she doesn’t necessarily belong to them.

“The only way for us to make change and have people listen to us and value us is to band together and use our voices to amplify each other,” Jha said. 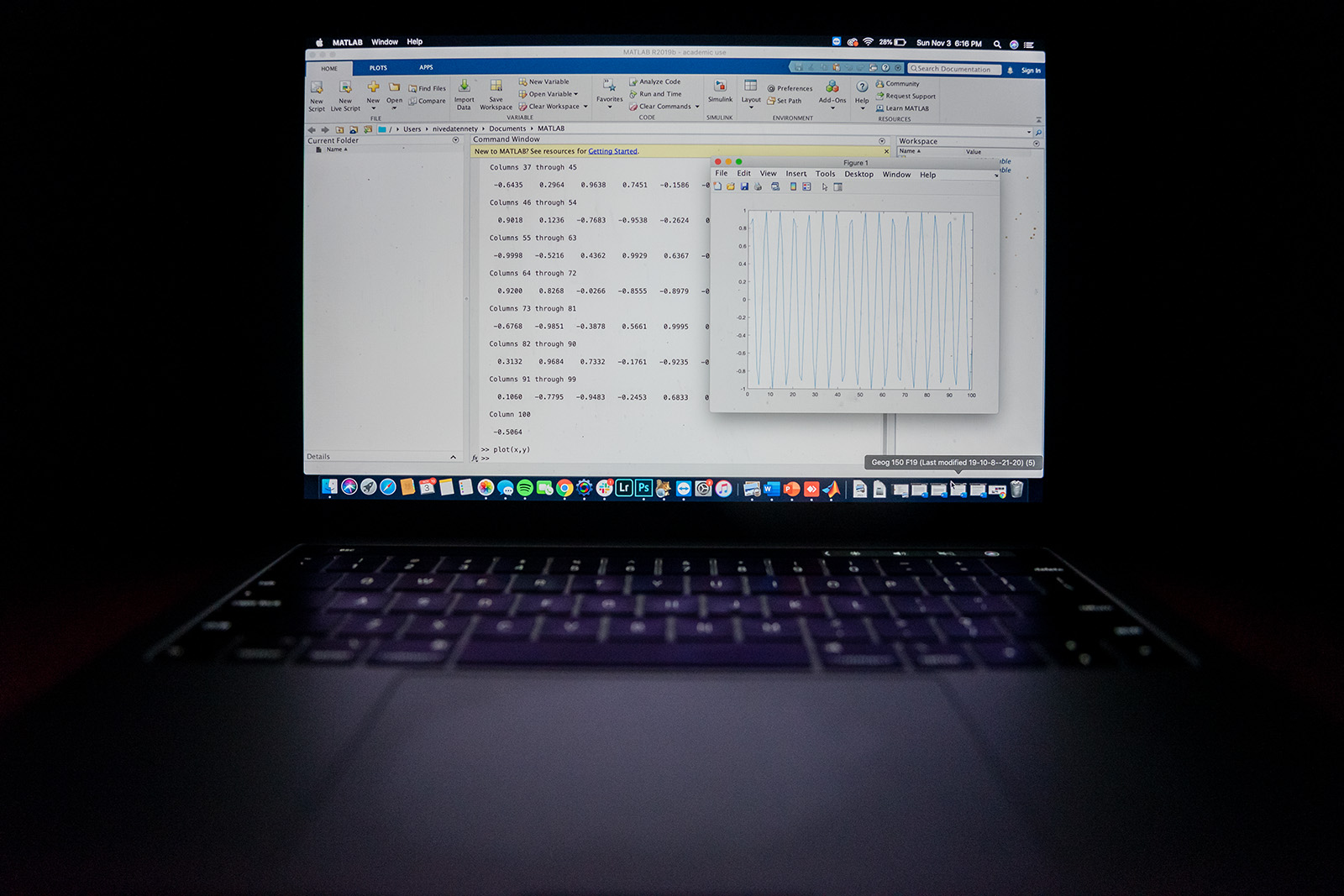 MATLAB software now accessible for free to all UCLA students, staff and faculty