The Quad: Take a look back at how women’s marches have transformed throughout history 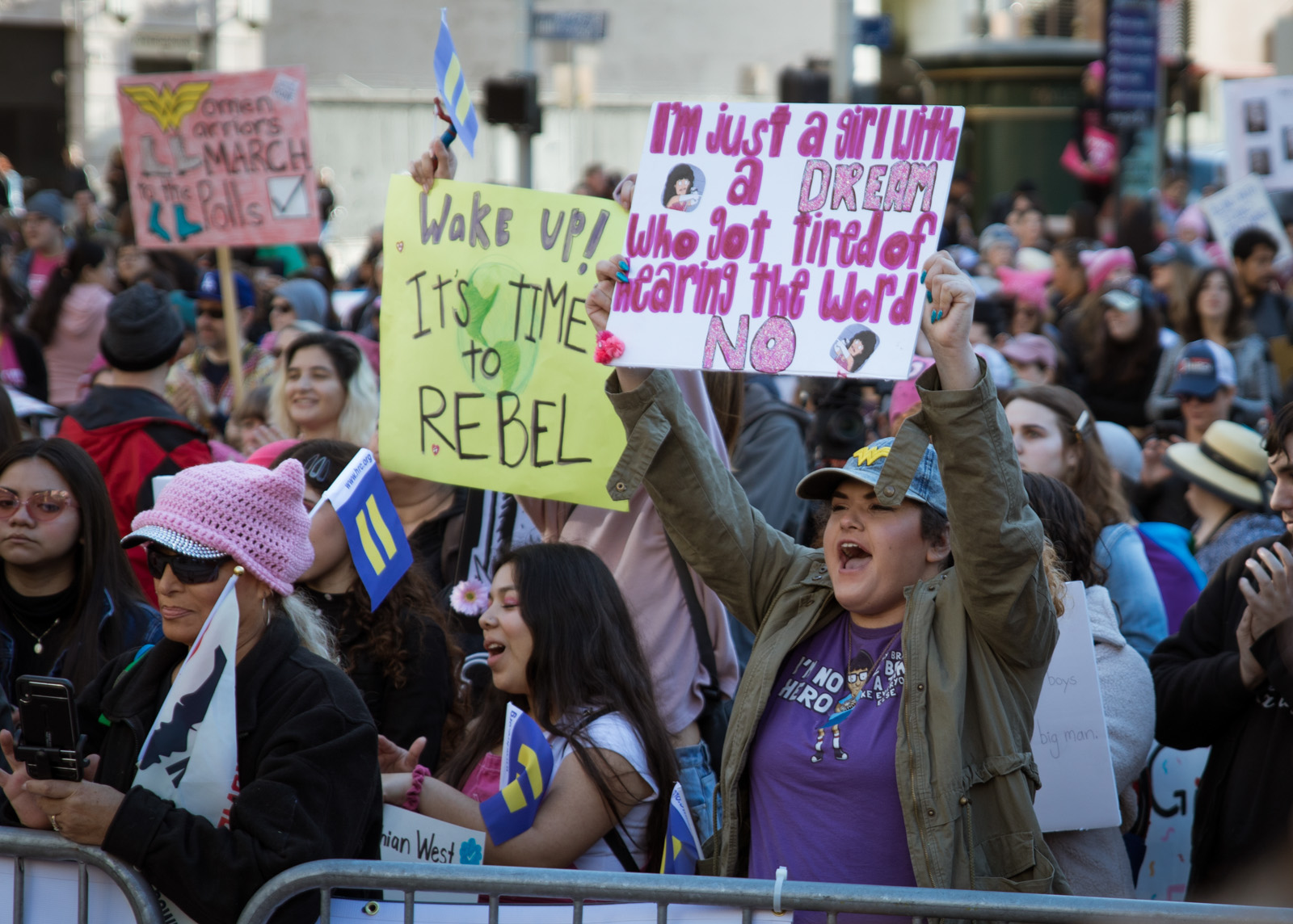 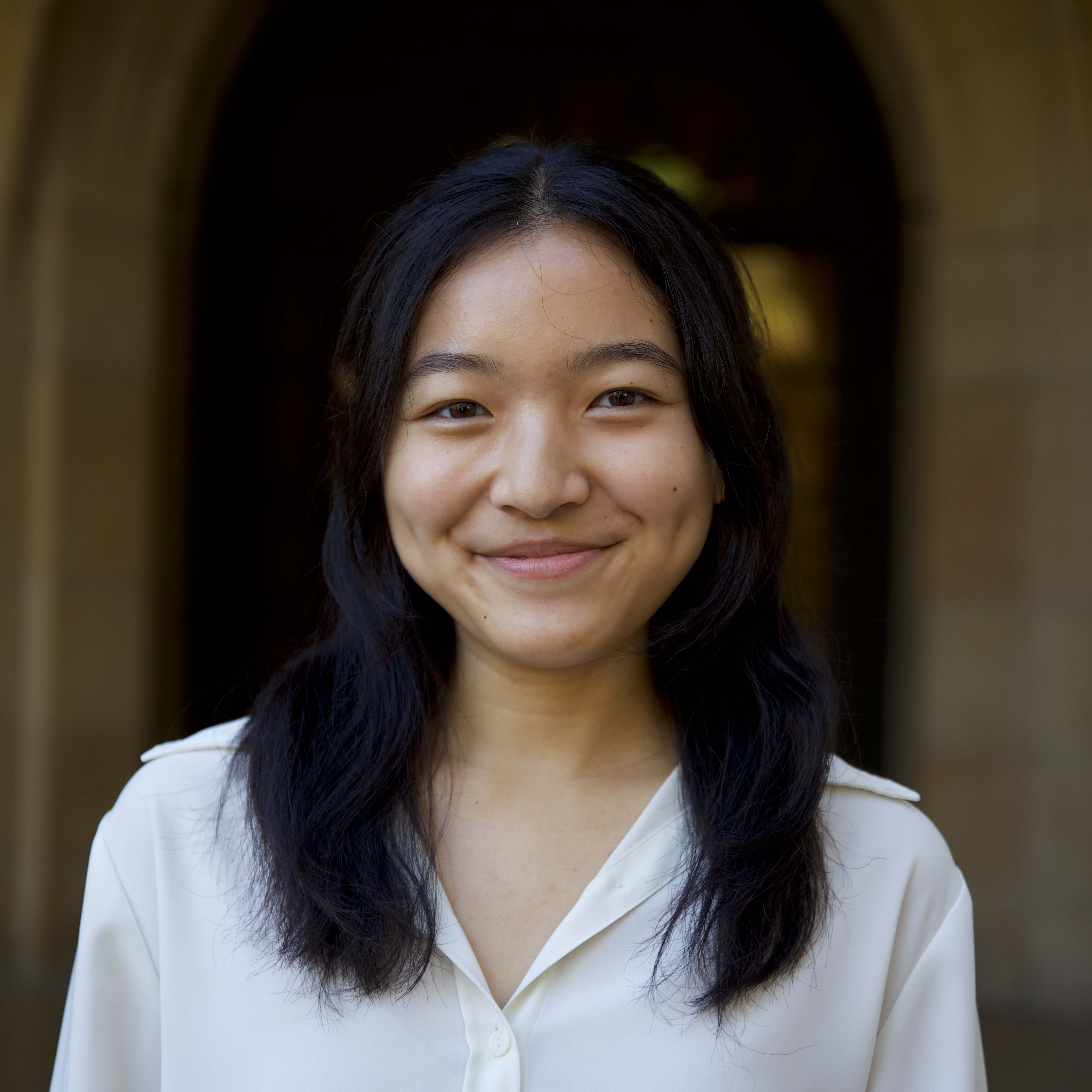 The crowds of Hill Street in Los Angeles on Jan. 18 created an intense, powerful energy brought on by the close proximity of other marchers fighting for the same cause.

The thrilling reverberation of your voice joining the shouts of thousands of others and the empowerment of raising your fisted hand is exhilarating and taps into an unrealized strength. This year, the Women’s March LA broadcasted its collective voice again with hundreds of cities across the nation.

The demonstrations seen in 2020 have their roots in countless efforts from brave women before, starting with the suffrage movement and continuing through the decades with each movement contributing a piece of what women are fighting for today.

After the first women’s rights convention, the Seneca Falls Convention, propelled the feminist movement to the public sphere, the suffrage movement of the early 20th century served as a primary defining march in feminist protest by influencing the first legislature for women’s rights, the 19th Amendment.

Suffragist Alice Paul first led the National Woman’s Party to the White House in a series of protests. The protesters called out America’s selective democracy with controversial signs demanding voting rights for the nearly 20 million women in the nation.

At the start of the 21st century, women continued to voice their opinions through collective action. The Million Mom March in 2000 gained national attention when 750,000 protesters walked the National Mall, accompanied by celebrities and politicians. The main attraction was the “wall of death,” a display of gun violence victims.

Similarly, the March for Women’s Lives at the National Monument in 2004 aimed to combat then-President George W. Bush’s anti-abortion policies.

Fighting for reproductive rights continued in the 2016 SlutWalk inspired by the Canadian march in 2011, which came after a Toronto police officer suggested women would avoid sexual assault by dressing less provocatively. The SlutWalk involved many educational booths and services like breast cancer screenings and HIV testing.

The focus on sexual assault continued the next year, this time virtually. The #MeToo movement, which was initially used in 2006 by Myspace activist Tarana Burke, took the world by storm as a hashtag in 2017 along with allegations against Harvey Weinstein. Social media showed its capability as a platform for protest and how it could spread messages faster and to a wider audience.

In 2017, past demonstrations would build upon each other to form a single, unified protest that would become the Women’s March in Washington, D.C..

However, a piece was missing. The country had come a long way since the first protests, but some voices still remained stifled.

Previous women’s rights marches addressed issues for women such as sexual health, violence and equal rights, but these marches tended to cater to only a small demographic of women: middle- to upper-class white women.

The Black Lives Matter movement elevated the experiences of women of color into conversations about feminist issues. They faced the same issues that white women did, but they also faced additional issues that were unique to their intersecting racial and gender identities. Intersectionality entered everyday conversations as women of color spoke out about their dual struggles.

After Trump’s election, a handful of women created Facebook pages calling for a women’s protest. Thousands of women signed up, and three creators, Evvie Harmon, Fontaine Pearson and Breanne Butler, combined their pages and created the first official Women’s March on Washington, then named the Million Women March.

Including a diverse range of issues was a main goal when creating the Women’s March on Washington in 2017.

Co-founder Vanessa Wruble said she knew the march should be led by women of different races, so she reached out to three activists of diverse backgrounds: Tamika Mallory, Linda Sarsour and Carmen Perez.

A few months later, on Jan. 21, 2017, somewhere between three and six million participants across the nation joined those in Washington to protest against anti-abortion policies, racial discrimination, gun violence and many more issues.

The concept of the women’s march had evolved from dealing with one issue at a time. It became a symbol of democratic protest, to voice the collective issues in politics and society, encompassing myriad issues that Americans, particularly women, care about.

Zoe Nelson, a first-year philosophy student, talked about her interpretation of how previous women’s movements compared to today’s rendition.

“Compared to past women’s movements, we’re getting closer and closer to actually supporting all women – any gender and any sexual orientation,” Nelson said. “We need to get closer to those roots because those are the people who have been marginalized.”

This year’s march continued to uplift those of varying identities through supportive speeches and signs.

Sarah Tabatabaei, a first-year molecular cell development biology student of Iranian descent, said she was pleasantly surprised to see signs about peace with Iran. She also noted the importance of using feminism to represent all.

“I think people forget that feminism is not anti-male or pro-female, but pro-equity, so the entire event just encapsulates more than you’d expect,” she said.

However, despite these accounts, progress is not always a straight arrow.

Black Lives Matter Los Angeles announced that the Women’s March LA did not invite them back for the 2020 march, and even ignored any communication from the organization. Women’s March LA responded by saying it wanted to focus on speakers advocating for voter action this year because of the upcoming 2020 elections.

Nelson lamented the lack of including minority groups, saying it is necessary to allow them to speak on their own issues because they understand them the best. This year’s controversy shows the still-present misunderstanding of that notion.

“The fact that the Black Lives Matter movement wasn’t invited to the Women’s March says a lot about how progress is two steps forward, one step back,” Nelson said.

Kareena Kullar, a first-year computational and systems biology student, said that the whole purpose of the current Women’s March is to speak for all who are mistreated and discriminated against.

“If they’re not allowing all races, genders and ethnicities to voice their opinions, there is less of a reason for fighting,” Kullar said.

In addition to the absence of Black Lives Matter, the national Women’s March organization has seen its own fair share of controversy within its management.

In 2018, co-chair Mallory praised the Nation of Islam leader Louis Farrakhan on social media, despite Farrakhan being known to be anti-Semitic. Fellow co-chairs Sarsour, Bob Bland, and Perez were also associated with anti-Semitism when Vanessa Wruble claimed she was berated and kicked out for being Jewish. On top of this, organizer Harmon confirmed anti-Semitic comments during meetings.

In 2019, Mallory, Sarsour, and Bland stepped down from their positions because of the controversy.

When the board sought new members after their departures, another altercation unfolded between the organization and the public.

Muslim leader and civil rights activist Zahra Billoo was removed from the board two days after being appointed because of past tweets criticizing the Israeli government. Billoo took to Twitter and accused the board of leading an “Islamophobic smear campaign.” While critics of Billoo said her tweets on Israel were anti-Semitic and racist, critics of the Women’s March organization pointed out continuing issues with inclusion.

The management problems exhibit continuing difficulties in achieving true representation and understanding between diverse representatives, an issue that carries over into the entire movement.

Though this year’s march had its problems, the history of women’s movements shows that we have broadened our focus across social identities and issues. The national Women’s March continues to draw hundreds of thousands of women and allies to exercise their democratic rights and make their voices heard.

Rep. Maxine Waters ensured this year’s crowd at Women’s March LA that progress will not falter.

“When a strong woman has made up her mind, she cannot be stopped,” said Waters in her speech.