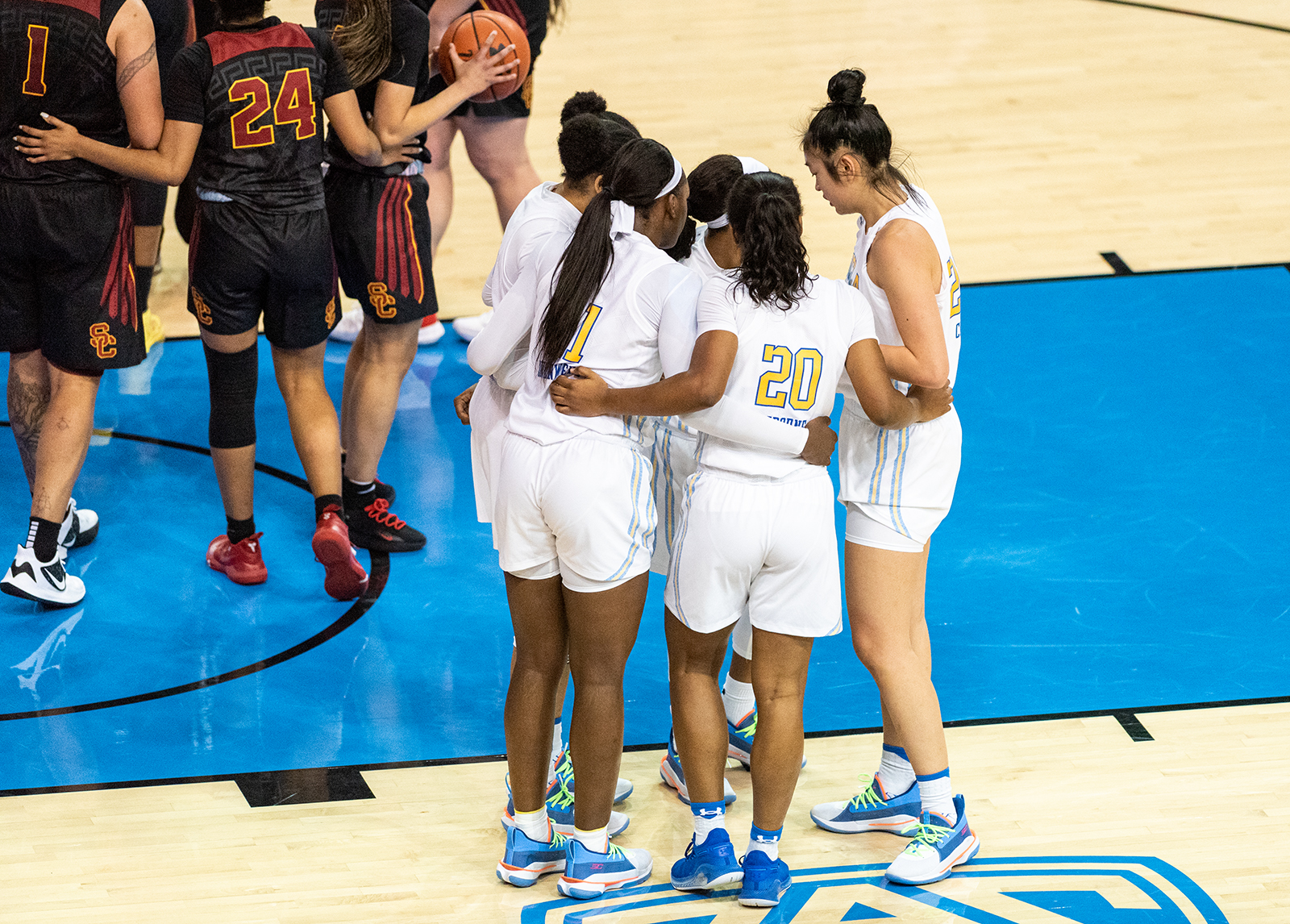 No. 7 UCLA women’s basketball has opened its season 16-0 – the best start in program history. Multiple Bruins past and present have links to the WNBA, which approved a new Collective Bargaining Agreement on Tuesday, improving player salaries and benefits. (Axel Lopez/Daily Bruin senior staff)

When Cori Close graduated from college in 1993, the WNBA didn’t even exist.

The then-UC Santa Barbara guard and now-UCLA women’s basketball coach would have had no choice but to go overseas if she had wanted to pursue a professional basketball career. Fast forward 27 years, and the WNBA has expanded to 12 teams and appointed its first-ever commissioner.

“It’s not going to happen all at once,” Close said. “I know we all want a million things to happen at once, but I just think it was important to have significant growth, and I think that was accomplished.”

For the first time in WNBA history, the average player salary will reach six figures at around $130,000 – meaning both rookie and max contracts are set to increase. The new CBA also states that players who qualify as “core players” can earn up to $215,000 a year, which is nearly a $100,000 increase from the 2019 season.

“Hopefully (salary increase) makes people want to play harder (in college) and go play in the WNBA,” said redshirt senior guard Japreece Dean. “It gives women the opportunity to stay (in the States) and potentially not go overseas anymore.”

Ogwumike, however, said in a 2018 Players’ Tribune essay that money isn’t the only reason the players have been so vocal about their displeasure with the state of the league.

“I’m sure there will be people out there who will judge us harshly for opting out – who will say that we should be grateful for what we already have,” the former Stanford forward wrote. “This is not purely about salaries. … This is about a six-foot-nine superstar taking a red-eye cross-country and having to sit in an economy seat instead of an exit row.”

The new CBA will guarantee players premium economy seats on flights, and players will no longer have to share hotel rooms on the road.

Seattle Storm guard Jordin Canada said although teams are still financially not able to fly charter, she appreciates the upgrade from economy seats. The former UCLA guard, who is entering her third WNBA season, chose to not play overseas this season.

“We have (had) to travel in ways we shouldn’t have to travel,” Canada said. “Even though it’s not like the men, it’s still a better situation for us now that we can fly better and have more room.”

In addition to improved travel, the CBA features other player accommodations, such as requiring players on maternity leave to receive their full salaries. Players earned as little as half their base salary when they took time off under the old agreement.

Mothers will now also receive a $5,000 annual child care stipend, a two-bedroom apartment and reimbursement of up to $60,000 for adoption, surrogacy or fertility treatments.

“Women have felt for a long time that we can’t be elite athletes, be quality mothers and be quality spouses (at the same time),” Close said. “There’s just so many obstacles that are put in place that makes us think we can’t have it all. What this does is it eliminates one of those barriers.”

“A lot of that stuff needed to be done a long time ago,” Spurling said. “But it was great we finally got there, and I think it’ll help the league continue to gain respect from the outside.”

With free agency negotiations officially open as of Wednesday, players now have opportunities that 22-year-old Close couldn’t have imagined.