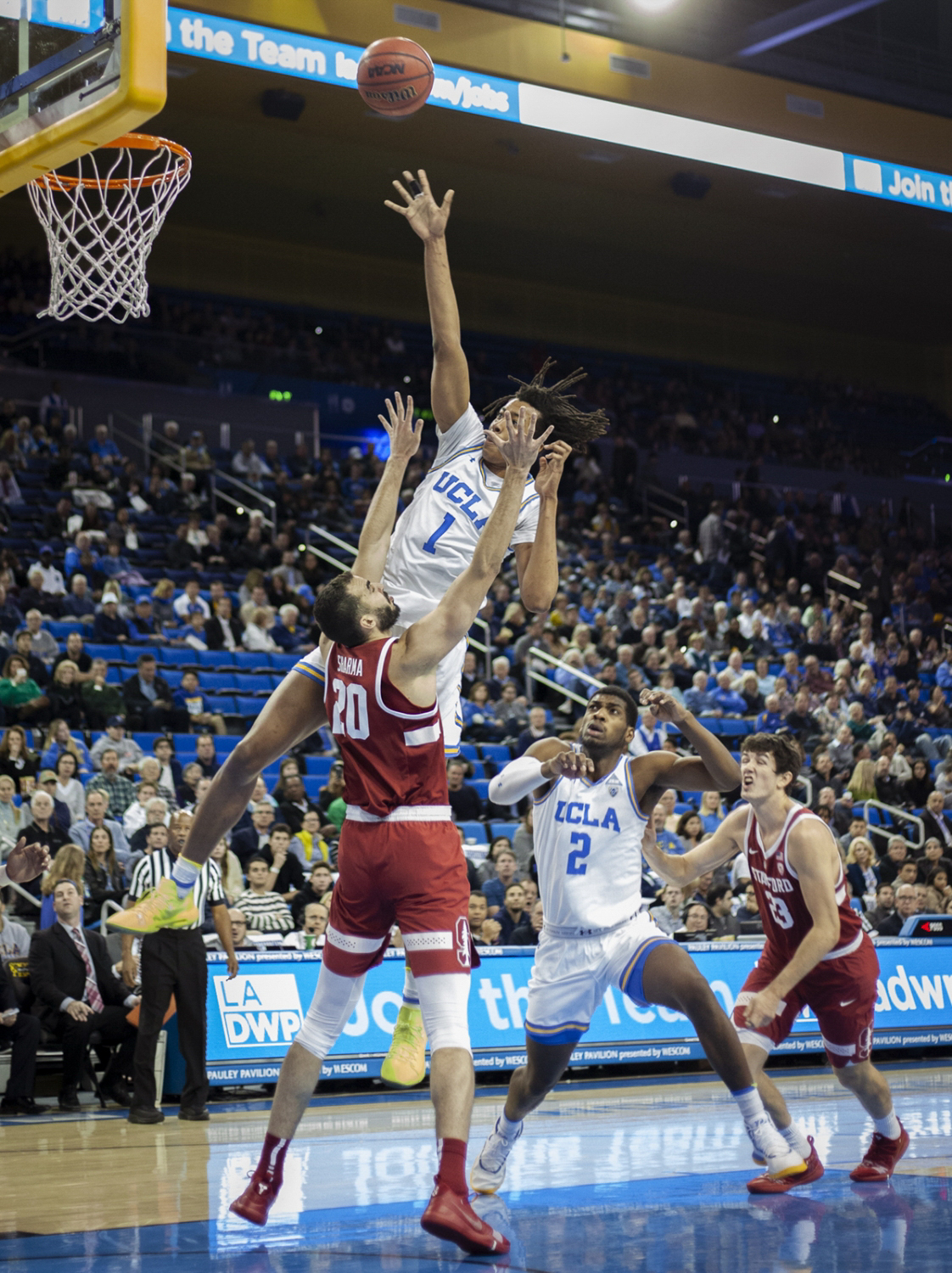 UCLA men’s basketball (8-8, 1-2 Pac-12) will host Stanford (14-2, 3-0) at Pauley Pavilion on Wednesday after having lost five of its last six games. The Bruins haven’t lost to the Cardinal on their home floor since Jan. 20, 2005, but Stanford is currently sitting in first place in the conference standings.

To get an inside look at Stanford heading into the matchup, Daily Bruin Sports editor Sam Connon reached out to Stanford Daily men’s basketball beat writer Savanna Stewart. Below are Stewart’s answers about the Cardinal’s season so far, and their outlook for Wednesday’s game.

Daily Bruin: Stanford had two losing seasons in three years under coach Jerod Haase entering this season – do you think there was any added pressure that helped turn things around, or did anything change because Haase may have been on the hot seat?

Savanna Stewart: Personally, I think that this year was more – not to say he was on the hot seat – but they knew they were losing five players from last year’s team, so this year was the kind of year it’s like, “OK, this essentially is a rebuilding year,” if you want to look at it like that. And this is kind of a test year. Is this the team and the group of players that in a couple years will get Haase a winning season, or is this a group of players that will continue to have those seasons of struggling? They did lose (guard) Cormac Ryan from last year, they lost (forward) Kodye Pugh, they lost (forward) Trevor Stanback, (center) Josh Sharma was a big one. So I think the boys that they have this year, there’s a lot of testing out whether these players and the chemistry they have is going to get Haase a winning season, which obviously has been working pretty well so far.

DB: Stanford is the last Pac-12 team standing that’s still undefeated in conference play. Do you think they can keep this up and contend for the No. 1 seed in the Pac-12 tournament?

SS: I think that – as long as Stanford can keep injury free – they’ll have a good chance at getting a pretty good record in conference play. What could, I think, be an issue down the road is just – with (guard ) Ty Terry doing as well as he is, with (guard) Daejon Davis doing as well as he is, those leaders on the court – if one of them were to go down with injury, I think that’s where Stanford is going to get into trouble. With that being said though, there was one game this season that (Terry) did miss and the team was still able to pull out a win. So if they can keep injuries to a minimum, that’s going to be their best bet.

DB: What has coach Haase done to make up for the loss of forward KZ Okpala this season?

SS: I think a lot of it – and this seems to be a common thread – is how much emphasis they’ve put on defense this year, which didn’t seem to be as common last year. But just how much the team has been focusing on kind of constructing a defensive identity and the program itself and how much focus has been put on that in the offseason, in their team trip to Italy in the summer and in nonconference play as well. And so I think … the main focus is that while they may not have the height or speed they did last year with (Okpala) – being 6-8 or 6-9 and scoring well into the 20s several games out of the year – they do have some very strong defensive players like (guard) Bryce Wills and (Davis).

DB: Terry, forward Spencer Jones and Davis are all shooting above 40% from 3, how have they changed Stanford’s offense this season?

SS: I think one thing – and coach Haase has talked a lot about this – but it really gives them options to attack inside-out. Obviously, they want to get the ball down to the key and to (forward Oscar) da Silva if they can. But having those strong 3-point shooters, all three of them have the opportunity to dish it in and have the defense collapse a little bit and then open up someone else outside on the perimeter. You have (Jones), who has been doing amazing from the 3 this year. So being able to have those shooters on the outside – especially these last few games when they’ve had zone defense to play against – getting that defense to collapse a little bit in the middle and being able to kick it out to a strong shooter and have faith that your shooters can make it is really key in some of the high-profile games that Stanford has had.

DB: Stanford has only played one true road game so far this season, so there isn’t too big of a sample size, but how do you expect this team to play at Pauley Pavilion on Wednesday?

SS: I think the UCLA game is going to be interesting because (of) the legacy of UCLA basketball and Pauley Pavilion. But with that being said, if Stanford can continue to keep the energy that they are able to find at Maples (Pavilion) – even when it’s not a completely packed gym – then they’ll do just fine on the road. It’s a lot about being able to take that home-court feel when they’re away, and I think Stanford is going to really have to focus on that. Even in the Hall of Fame Classic – which was (a) neutral site – in the Oklahoma game, they were struggling immensely with their shooting, and in the Butler game as well. But when they are able to connect as a team and find the energy they have when they play at Maples, they do a lot better.

DB: Stanford football missed a bowl for the first time in 10 years, men’s basketball has only made one tournament in the last 10 years – how surprising has the swap in success been this season, and how have fans reacted?

SS: The swap is definitely interesting to me because Stanford, for years, was known as having a pretty strong football program and basketball was a little bit off the radar. For the fans, in terms of attendance, just seeing how many students are actually coming out to basketball games now has been really cool to see for the players. Even last year, there were home games when the student section was nearly empty and this year – especially these past couple games at the start of conference play – they’ve had a packed student section nearly every game. With that being said, on the contrary, the student fanbase for football is strong, but it definitely decreased drastically even from just last year. You would think that if the trend continues and men’s basketball continues to do well, I don’t know if Stanford will be known for the sport, but I definitely think that it might have a little bit of a stronger traction among students.

DB: Do you have a score prediction for Wednesday night?

SS: If I had to make a prediction, I would say that Stanford has done a really good job of minimizing their opponent’s scoring, but this is their first true road game. So I’m going to say 74-63 Stanford.