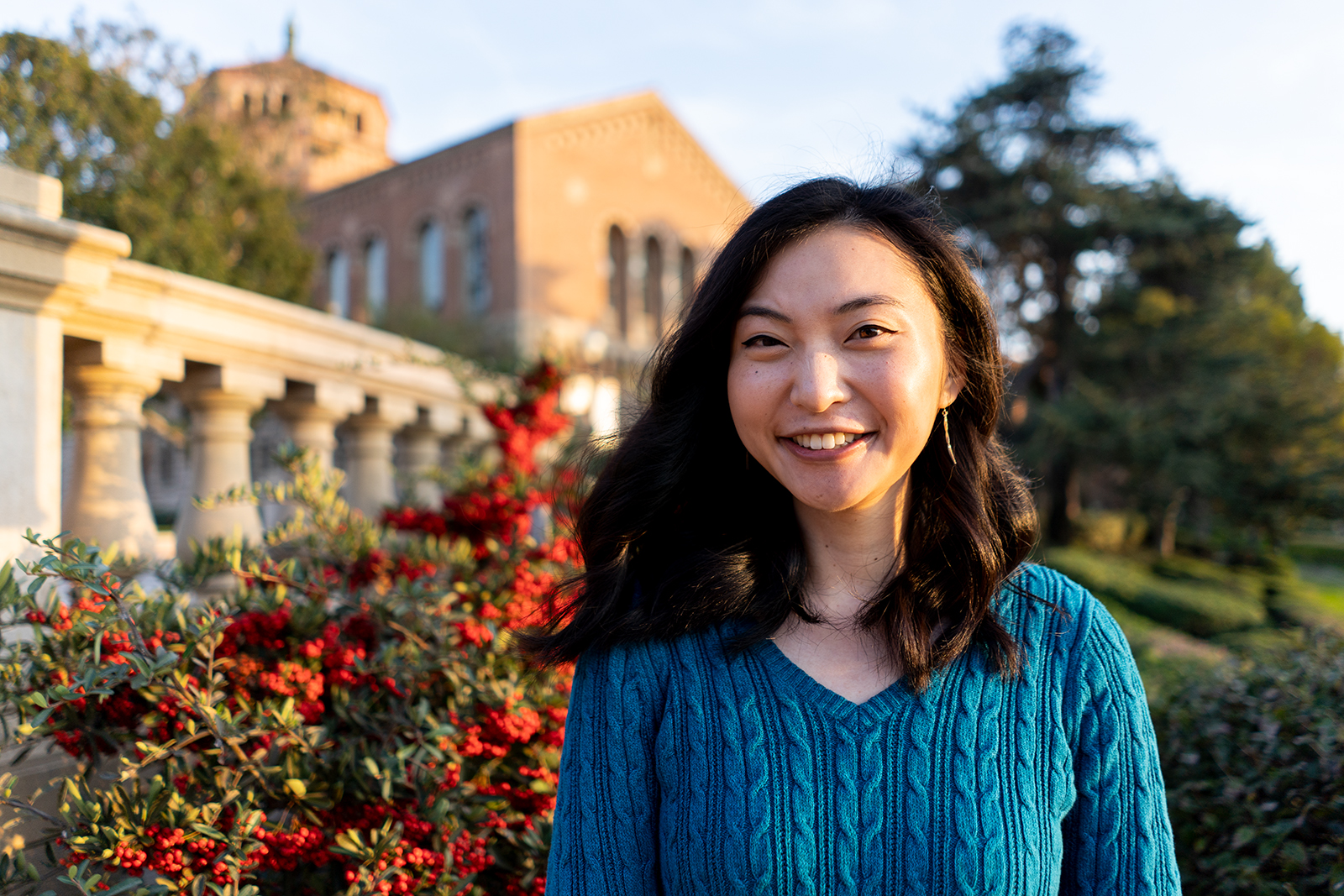 Leia Yen, a UCLA transfer student, won the prestigious Marshall Scholarship for 2020. The scholarship provides the money for roughly 40 students a year to study in the United Kingdom. (Elise Tsai/Daily Bruin)

Leia Yen wants to use her time as a Marshall Scholar to make change on an international scale – but also on the community level, just as she was a part of as a community college student.

Yen, who graduated from UCLA in 2019 with an English baccalaureate, is the first UCLA student chosen for the scholarship since 2007. She is also the first UCLA transfer student to ever receive the award, according to UCLA’s Scholarship Resource Center.

It includes all costs of pursuing a two-year degree at a British university. Yen will be attending King’s College London in the fall to pursue a graduate degree in digital humanities.

“I hope that her winning will inspire more transfer students to look at prestigious scholarships like the Marshall,” said Rebecca Blustein, assistant director of the UCLA Scholarship Resource Center.

Yen said she never thought of herself as a Marshall Scholar. As a transfer student, she tried to make do with the time she had at UCLA.

Yen transferred from El Camino College. While at UCLA, she worked as a transfer mentor for the UCLA Transfer Student Center, helping new transfer students navigate the transition to UCLA.

Yen was always the first to sign up for any mentoring activity, such as speaking in front of large crowds for the center or mentoring transfer students one-on-one, said Heather Adams, former director of the transfer student center and current director of UCLA college learning communities.

“Having the opportunity to see her serve her community really drew me to see her ability to connect with people,” Adams said. “She is very seamlessly able to transition from one connection to another and communicate beautifully with everyone I’ve observed her to come in contact with.”

Every transfer student faces certain challenges when they get to UCLA, Adams said. Classes move quickly, campus culture is different than community college culture, and finding friends and a place on campus can be difficult, she said. Transfer students might miss opportunities such as the Marshall Scholarship while they are adjusting to college, Adams added.

“Though there are an abundance of resources at UCLA, even navigating those resources can be challenging for transfer students,” Adams said. “That’s why the transfer mentorship program and the work that Yen has done in the community is so important.”

It also brings needed attention and awareness to the transfer experience and community on campus, Adams said.

“Transfer students are some of the best students competing for these scholarships, and I am excited that I can participate in more conversations to bring these perspectives to other students,” Yen said.

For example, Yen wrote her senior thesis about how biases changed the way the Syrian refugee crisis was represented in the news. When Google helped release a website called Searching for Syria, which provides deeper information on five commonly searched questions on Google, most of the questions it used came from internet users in North America, Yen said.

The focus on Western queries changes the narrative of the Syrian refugee crisis and implies that Western discussion must speak on Syria’s behalf, she said.

“Digital networks determine how we examine our personal information and our access to public information,” said Daniel Snelson, Yen’s senior thesis advisor. “Her examination of how stories of Syrian refugees circulate help us better understand how stories circulate and communicate itself.”

Yen’s interest in digital humanities stemmed from her background in clinical research programming and web development before community college. There, she came to recognize biases in data collection and lack of cultural relevancy and inclusivity in technology and media.

She plans to consider how the intersection of power and technology can impact the representation of minority groups.

“All of these biases are hidden under technology,” Yen said. “There’s an assumption that technology creates a more objective focus, but people don’t always see the interventions behind it. That’s going to change the stories that are told.”

“Students like Leia bring new perspectives to the field,” Snelson said. “She challenges dominant discourses in cultural studies and digital humanities, but she also develops new platforms and modes of thought and expression that the field can learn from. If digital humanities is to remain relevant, it will require a constant set of updates from brilliant students like Leia.”

Yen plans to teach in higher education while continuing her research.

“I want to work on developing digital humanities as a field in the future,” Yen said. “The best way that’s done is being an educator.”