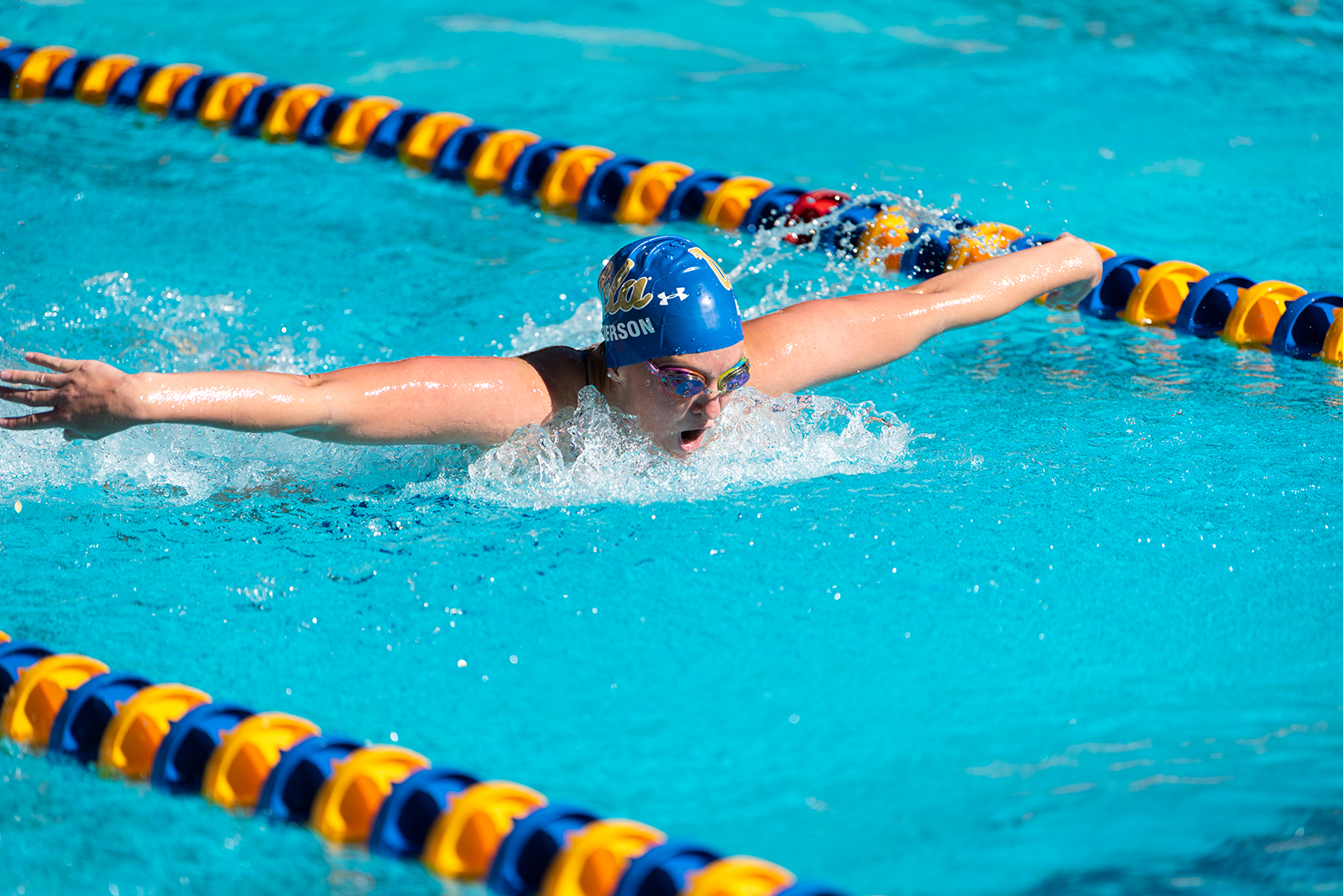 UCLA swim and dive wrapped up its road dual meet schedule Saturday with a 145-109 victory over Washington State. With the win, the Bruins remain undefeated this season in dual meets. (Liz Ketcham/Photo editor)

The Bruins were victorious on the backs of multiple freshmen.

The Bruin freshmen recorded multiple first-place finishes in the meet. Freshman Gabby Dang and Daniella Hawkins tied for the second-most points earned by any swimmer in the meet with 18. Dang won the 100-yard backstroke and 100-yard butterfly, while Hawkins took first in the 500-yard and 1,000-yard freestyle races.

In addition, freshmen Sophia Kosturos, Lauryn Johnson and Brooke Schaffer each finished in the top 10 of overall points scored by an individual in the meet.

Coach Jordan Wolfrum said being able to contribute during this meet meant a lot to the freshmen.

“We have loads of talent and ability and a commitment and willingness in all of our classes, and I think this meet gives us a really good opportunity to show some of our first-years and give them a chance to carry their events, and some of them have been doing that for a couple of meets,” Wolfrum said.

But it wasn’t just the freshmen that took home wins.

Individual success wasn’t everything, as the Bruins also had team success, with multiple successful relay finishes. The UCLA B team finished first in the 400-yard medley relay, and the C team took second in the 400-yard freestyle relay.

With the success, Wolfrum discussed the goals and mindset the team had going into the dual meet.

“We had a lot of tough racing and some really aggressive racing,” Wolfrum said. “From an overall performance standpoint, I knew the times and finishes were going to be there, but I challenged these guys to bring another level of just being loud and being focused and having really good energy when racing really hard, and they did a killer job.”

The UCLA swimmers will have a three-week hiatus from competition, getting back in the pool versus Stanford on Jan. 31. In the meantime, the Bruin divers will compete at home next weekend as they host the Bruin Diving Invitational.

Wolfrum said UCLA is preparing for its upcoming face-off with Stanford by finishing up the team’s last big block of training in the next three weeks.

“This is our last block of work to build habits and clean up some racing strategy and start to really sharpen up our speed,” Wolfrum said.