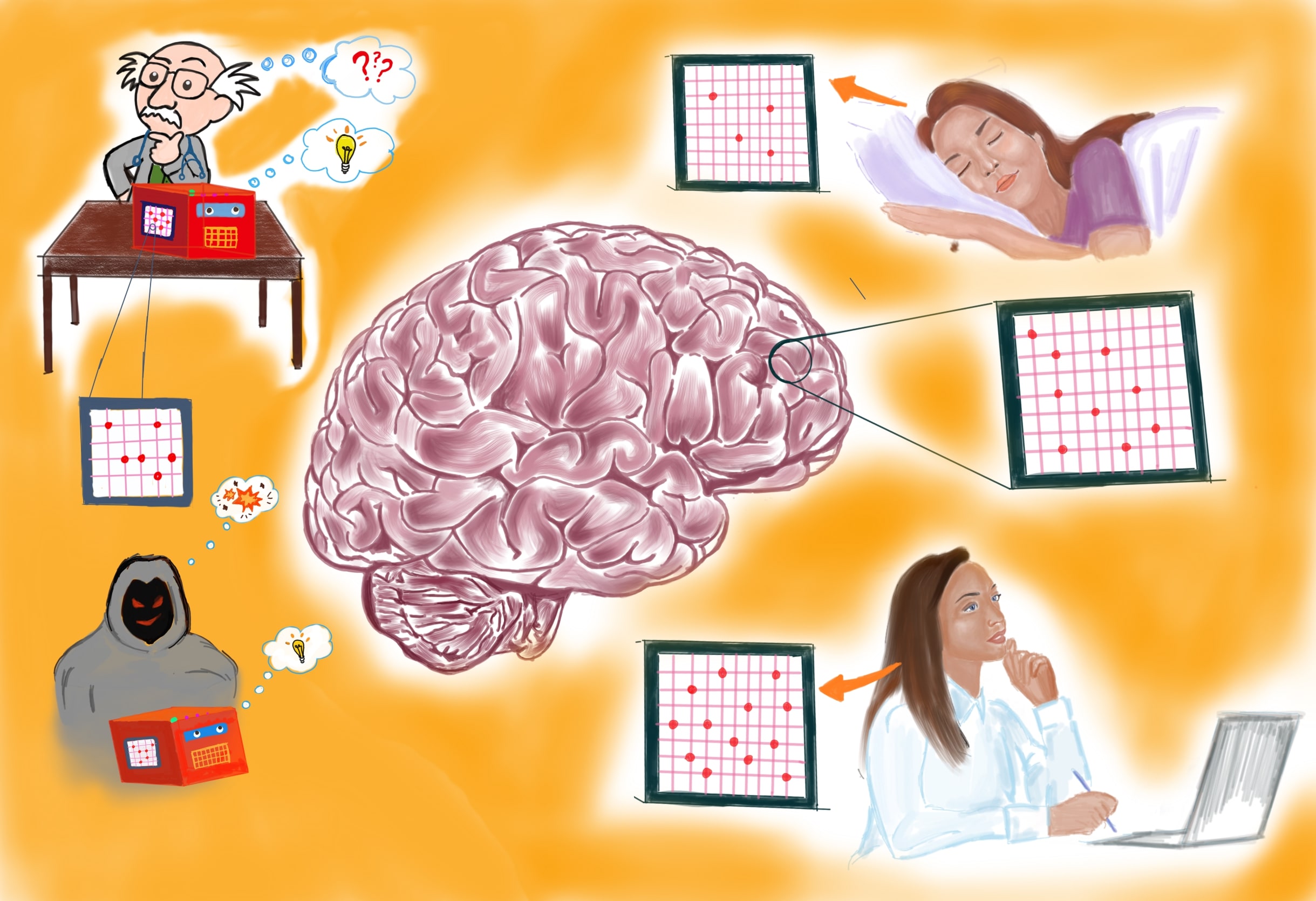 Researchers at UCLA and Japan’s National Institute for Materials Science developed a device with the ability to mimic certain characteristics of the brain, according to a study published in Scientific Reports, a Nature Research journal, in October.

The device’s small size is possible because of the number of networks within the device, all of which are made from silver nanowires. Silver nanowires have an average diameter of 360 nanometers. For comparison, the head of a pin is about 1 million nanometers wide.

Gimzewski said nanowires go through a process of self-assembly to produce the networks that are then able to make millions of connections that pose similarities to structures in the brain.

“Because (the networks) self-assemble on the nanoscale, we can achieve a very high density of synaptic-like connections that wouldn’t be achievable using normal computer chip technology,” Gimzewski said.

Stieg and Gimzewski previously constructed another device, using similar technology, that was able to predict traffic patterns in Los Angeles.

Stieg said he thinks nanowire technology, as seen in these two devices, may be a more energy-efficient alternative to conventional methods of artificial intelligence.

“We’re not trying to supplant or replace all the great technology that we have,” Stieg said. “We want to complement it and … enable physical hardware to carry out some of the processes that we currently rely on algorithms and software to do, but in a faster and more energy-efficient way.”

The energy consumption required to perform one artificial intelligence calculation is roughly equivalent to several automobiles in terms of the amount of carbon dioxide emitted, Gimzewski added.

Kelsey Scharnhorst, a former UCLA chemistry graduate student who assisted in research for this project, said the growing popularity of machine learning has led to a scramble to develop an option that can produce computational outputs in a timely, more-energy-efficient fashion.

“Instead of doing everything with algorithms … (computations) can be sped up an insane amount (with machine learning), and that can make a huge difference for a ton of technology,” Scharnhorst said. “All the major companies are using machine learning right now.”

Despite the potential the technology possesses for significantly scaling back carbon emissions, it still faces several hurdles that hinder it from currently being integrated into society.

Gimzewski said he is primarily concerned with finding the right materials to enhance the performance of the device. Another obstacle they faced was integrating the nanowire network into a conventional electronic chip, he added.

Stieg said there is also a need for more funding in nanowire technology since the type of machine learning methods that attract more investments use exorbitant amounts of energy, an option that won’t be sustainable in the long term.

“Most of the (funding) is very much on the software side of things, and there’s not enough … consideration of the impact of the energy that’s required,” Stieg said. “People can build another data center, but at a certain point that won’t continue to be scalable.”

However, new developments in artificial intelligence have led to growing concerns surrounding the technology’s place in the future of society.

Gimzewski said a concern surrounding the technology would be if it were only in the hands of a small group of people, giving them an inordinate advantage over the rest of society.

“Any advanced technology has ethical implications,” Gimzewski said. “I don’t think it’s going to replace humans, (but) I think it can enhance human behavior.”

Similarly, Scharnhorst said there is no reason to believe that microchips may decide to make decisions of their own volition.

“There is no reason to think that something that is switching on and off would be able to (suddenly) start making decisions,” Scharnhorst said.

Finding ways to use computers that perform similar functions to the human brain isn’t going to make the human experience any less valuable, Steig added.

“As long as the people doing the work acknowledge that this technology should be developed for the benefit of society, … we can steer the technology in the right direction,” Stieg said.