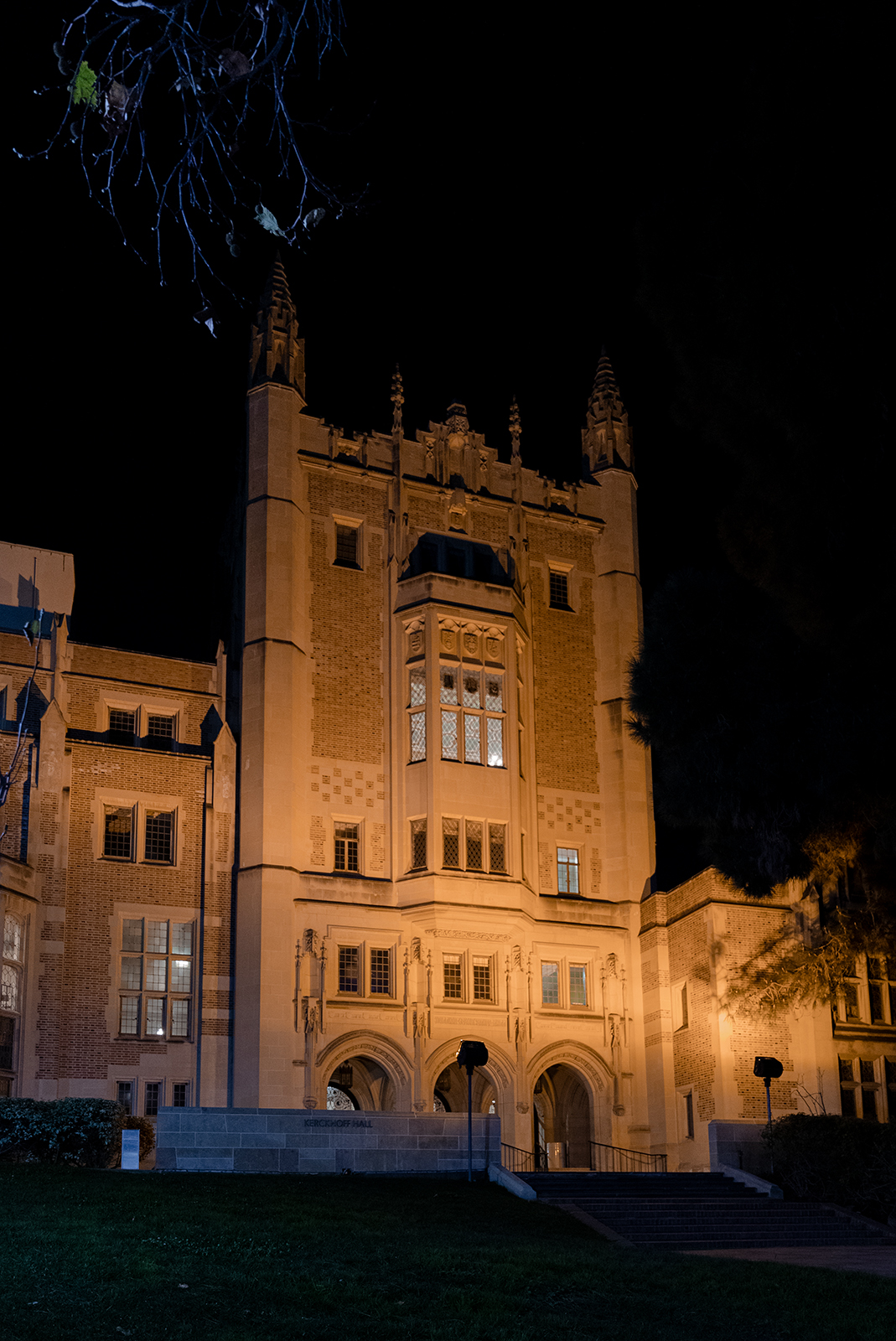 An Undergraduate Students Association Council meeting in November ruled a change in the allocation process for surplus funds. But, limiting student organizations’ access to these funds will further prevent USAC from establishing a solid working relationship with students and their organizations and would only ostracize them further. (Daily Bruin file photo)

Most Bruins are blissfully unaware of their student government outside of the fees they pay to sustain it.

However, a recent decision made by the Undergraduate Student Association Council calls the use of those fees into question.

At a council meeting in November, USAC changed the allocation process for its surplus funds, which are composed of fees collected from students that have gone unused by the council in the previous year. The decision means that only USAC offices, entities or committees can make proposals for these surplus funds.

In previous years, a portion of the surplus funds were made available to student organizations through a direct application to the council. But with new rules in place, USAC will retain greater control over what happens to the leftover money from student fees.

In short, USAC has managed to drive yet another wedge between itself and students.

Surplus funds are a way for USAC to connect with students and support student organizations. In years prior, it was one of the few meaningful ways the council could show Bruins why USAC mattered, and it allowed students to interact with their government. But changing the allocation process to give more power to USAC offices will only leave a sour taste in the mouths of students, who have long been apathetic to the decisions made by a council meant to represent them.

With this change, it becomes harder for students to see and know how their unused fees are going back to them, especially since council entities have full jurisdiction over what they do with the funds they now control.

Eduardo Velazquez, USAC general representative 1 and a fourth-year Chicana/o studies student, said each office will create a proposal for the surplus funds and that they can be for anything, so long as they follow UCLA regulations.

“I think everyone should be coming in with the intention of, if we are creating a funding proposal, how is it going directly back to student organizations?” Velazquez said. “I think that is what surplus funds really should be for.”

However, the council has faced questions of trust before, which included concerns about its proposed allocation of surplus funds toward its own offices and amenities such as massage chairs for mental health. These past problems raise questions of whether the council can truly be trusted to ensure that leftover student fees make their way back to students.

And USAC’s history of mismanagement won’t do much to inspire faith in this new system.

Kimberly Bonifacio, USAC internal vice president and a fourth-year political science student, said that the change was made because the previous process used for allocating surplus funds became long and arduous.

“We spent long hours and multiple meetings going back and forth about funding applications,” Bonifacio said. “They would go back and forth on how much money should be allocated, and there was just no system to it.”

And while a lack of organization is hard to overcome, overcoming it is arguably part of the job description.

And it certainly isn’t a reasonable justification for scrapping the whole system.

It seems as though USAC was more interested in making its own life easier, rather than improving a system that benefits the rest of the student body. The fact that USAC offices will now have an even greater say in what happens to these funds won’t be reassuring to Bruins who want their fees used wisely.

“It’s important that leftover fees go back to students, I think, because the idea of the fee is to improve the campus environment, putting it back into the hands of the people. I think they can better decide how to spend it,” said Elija Balanga, a second-year biochemistry student.

Students pay thousands in fees every year – but USAC is in the unique position to show students why these fees matter via this annual surplus allocation. As of now, though, it does’t seem they understand the gravity of that position.

The previous system ensured that with surplus funds, the money made its way back to students through the direct funding of student organizations. But this system has no way to ensure that this surplus money is going to actually help students.

“We already have our own budgets. I don’t think putting forward a proposal that is just going to further advance different office initiatives is the best way to go,” Velazquez said.

It is true that USAC serves the UCLA student body and the money that supports its initiatives helps to serve the campus population. At best, a more streamlined process could allow the council to debate more pressing issues. But at a time when voter turnouts in USAC elections are at an all-time low, and UCLA students find little time to make an effort to get involved, the last thing USAC should want is to further isolate students from a meaningful working relationship.

Direct access to surplus funds was a mechanism that made students aware of the help they were being given. Allowing USAC entities to further monopolize surplus funds will only leave student organizations with little support and even less trust in their own campus government.

And with its current track record, USAC should jump at the chance to engage the student body.

Because, while ignorance may be bliss for Bruins, giving USAC unchecked power over surplus funds will damage both students and their government.

USAC uses surplus funds for own projects, leaves the rest for student applicants