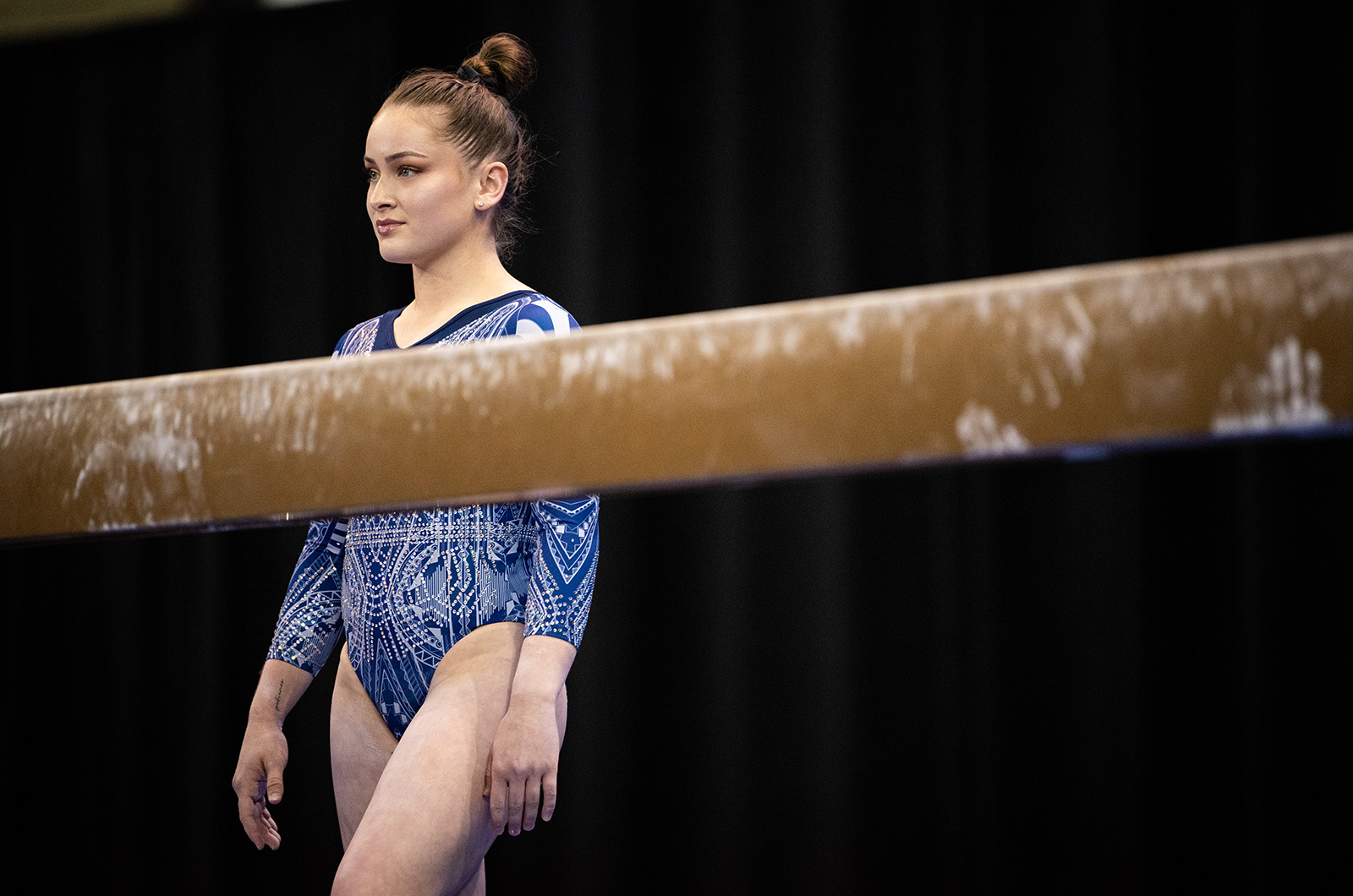 Sophomore Norah Flatley and No. 4 UCLA gymnastics will face off against three ranked teams, including reigning national champion No. 1 Oklahoma, in Anaheim, California, on Saturday night. (Liz Ketcham/Photo editor)

With a new decade comes a new Bruin squad marked by changes in the roster and the coaching staff.

“With this new team, and all these changes with the coaches and stuff, just staying true to ourselves and everything we’ve been working for, that’s one of the goals,” said sophomore Norah Flatley. “Honestly nothing crazy has happened, … and we just have had a really good peace of mind that everything’s going to be all right.”

No. 4 UCLA gymnastics will compete in this weekend’s Collegiate Challenge powered by Under Armour in Anaheim, California, for the second year in a row Saturday night.

The Bruins will face off against three squads ranked in the top 25 nationally in the quad meet, including reigning national champion No. 1 Oklahoma.

The Bruins and Sooners were both among the teams that made it to each of the last two years’ NCAA championships, as UCLA won it all in 2018, but took third place to Oklahoma in 2019 in former head coach Valorie Kondos Field’s final season with the program.

Now that former associate head coach Chris Waller has taken over as head coach, bringing a new staff with him, he said he specifically wanted to have a rematch between the teams early in the 2020 season to test the Bruins.

“It being my first year as head coach, I absolutely wanted to go against this awesome rival of ours,” Waller said. “The fact that they’re national champions makes it even better because we’ll come out of this competition learning a lot about ourselves, more than if we were to go out there against an opponent that maybe wouldn’t challenge us the same way.”

Oklahoma is led by two-time reigning NCAA all-around champion Maggie Nichols, whose score of 39.7125 at last year’s championships put her just ahead of UCLA then-junior Kyla Ross, who tied for second in the event with a 39.6625.

UCLA will also face two other highly ranked Pac-12 teams in the quad meet: No. 9 California and No. 22 Stanford. The Golden Bears also competed against the Bruins in last year’s Collegiate Challenge, taking second place in the meet.

UCLA won the Collegiate Challenge last season with a score of 197.700, beating out Michigan State and UC Davis in addition to Cal. The Bruins scored two perfect 10s in the victory, with one coming courtesy of Ross on uneven bars, one of the 14 perfect 10s she received in 2019, an NCAA record.

The other perfect score came from then-senior Katelyn Ohashi on floor in a routine that proceeded to go viral, racking up millions of views online.

While Ross will be among the Bruins returning this season, Ohashi and the three other seniors that graduated in spring have left openings in UCLA’s lineup, something that junior Kendal Poston believes will be solved with the addition of the Bruins’ strong freshmen class.

“In the freshmen, we’ve seen a sense of poise and calm that is not always there with a freshman class,” Poston said. “I’m excited to see them, like me, break into lineups and show their personality more. I think they all have something to offer this team, and I see them all being leaders in the future.”

Waller said he specifically works to have depth in his teams, so that there’s always a chance for new or less experienced players to make their way into the lineup. He said this will especially be the case this weekend, as there’s the possibility that some usual members of the lineup will be out with unspecified small injuries.

“It’s part of the plan, and that’s why I’m excited for those bubble athletes, as they are now – for them to get the opportunity to get out there right at the outset of the season is huge,” Waller said. “Usually that opportunity doesn’t come up until a few meets into the season, when we plan a rest for some of our athletes.”

The Collegiate Challenge will begin at 6:30 p.m. in Anaheim, and the Bruins will start off the competition on uneven bars. 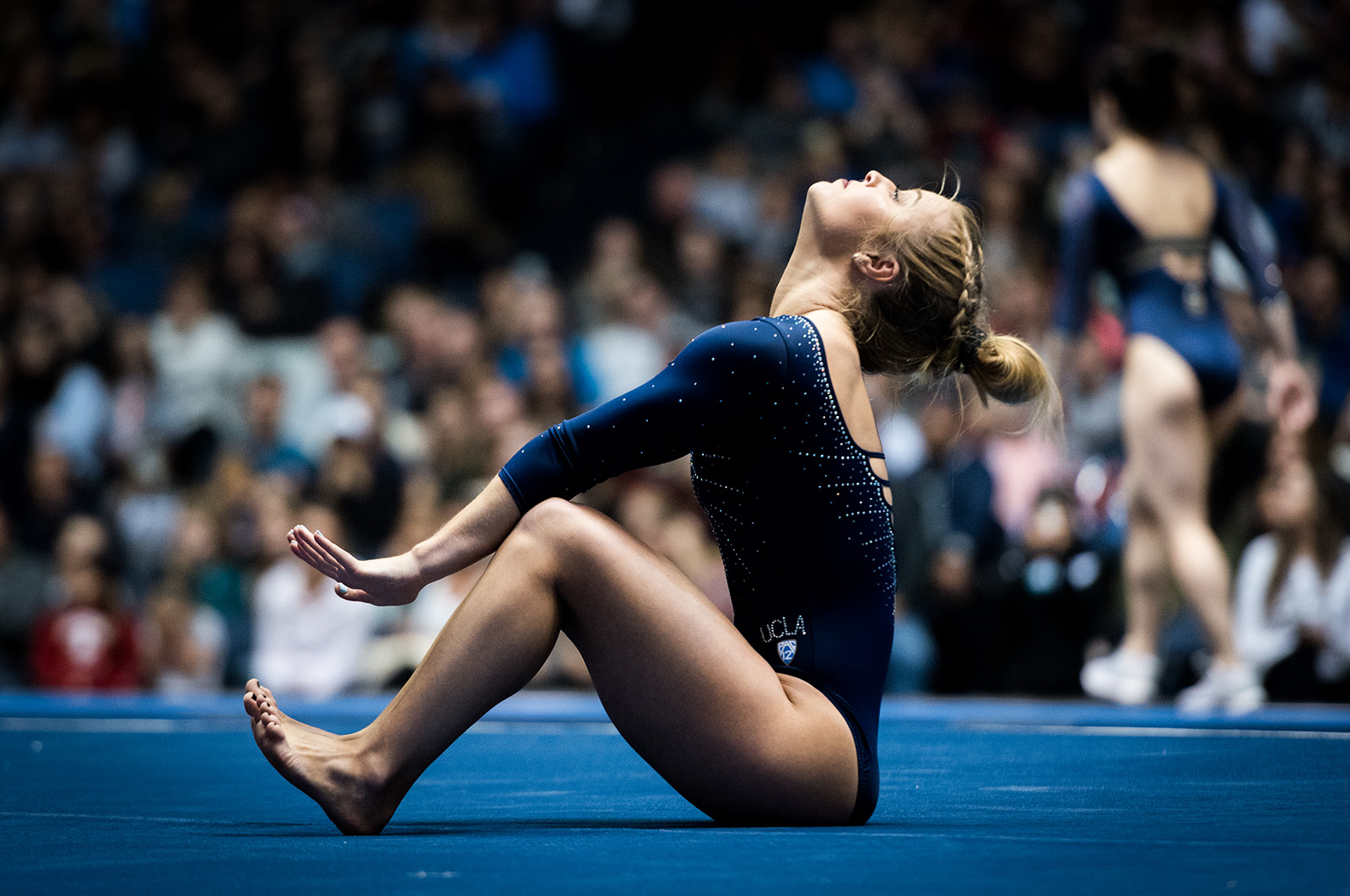 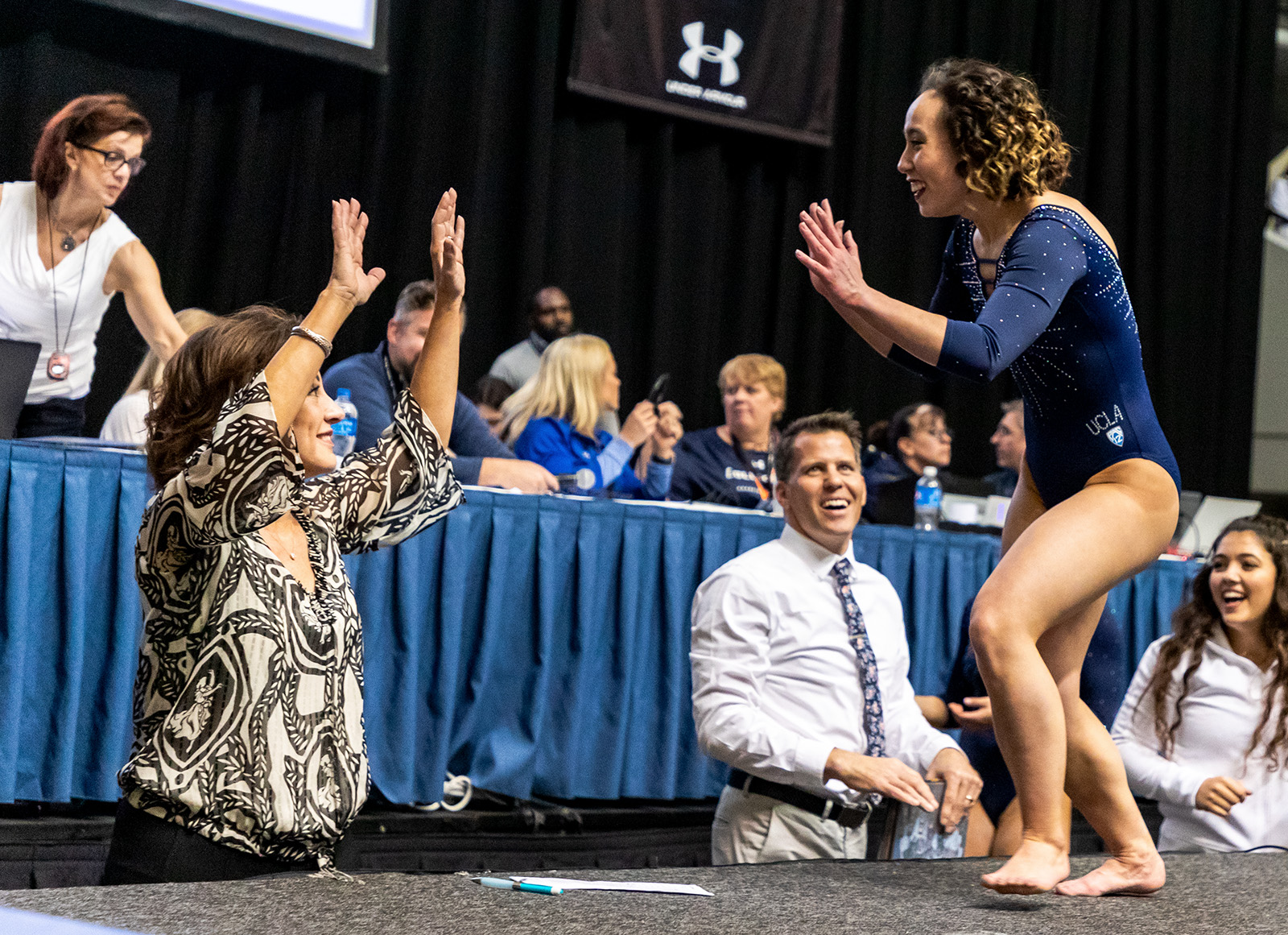 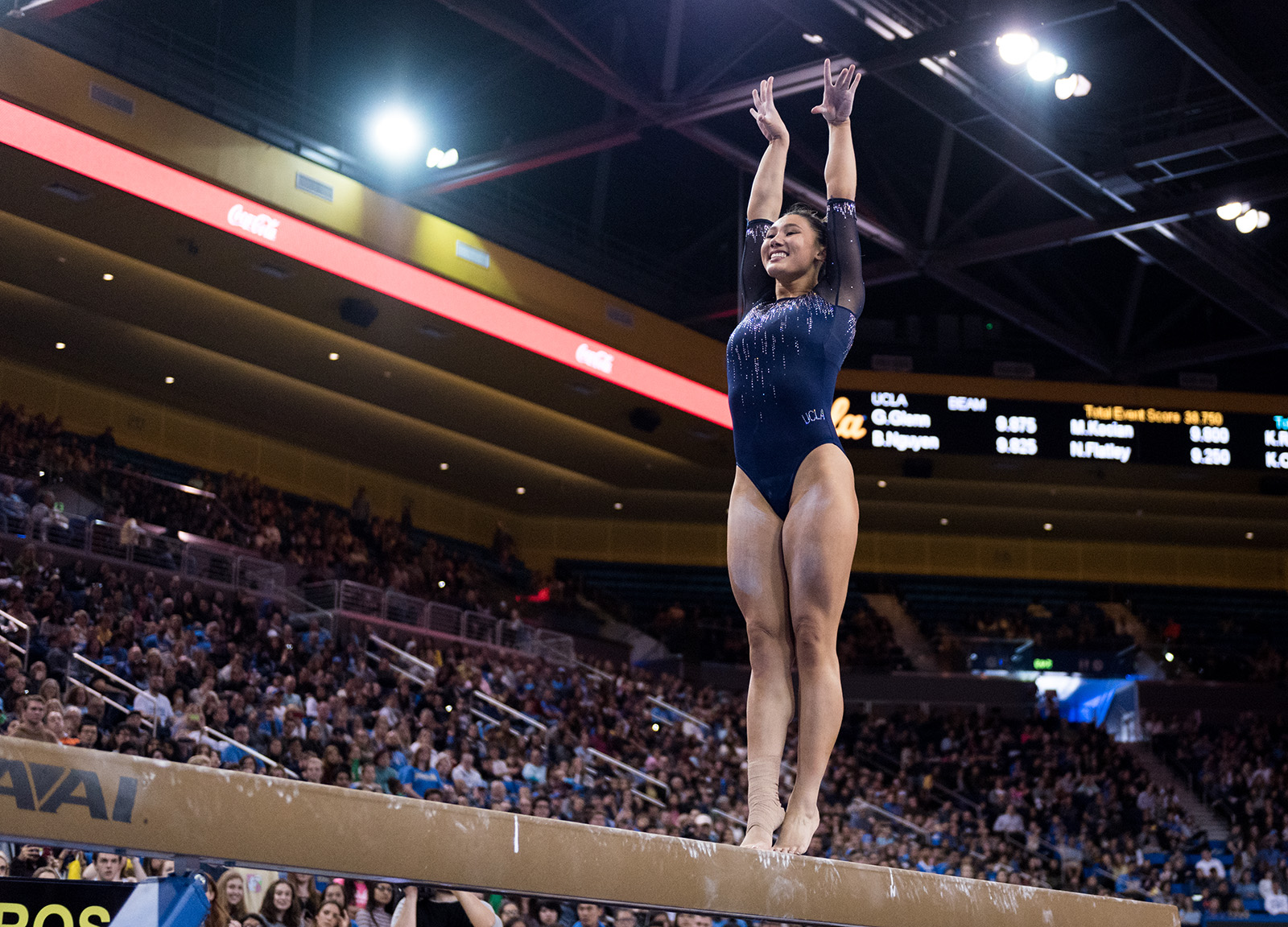 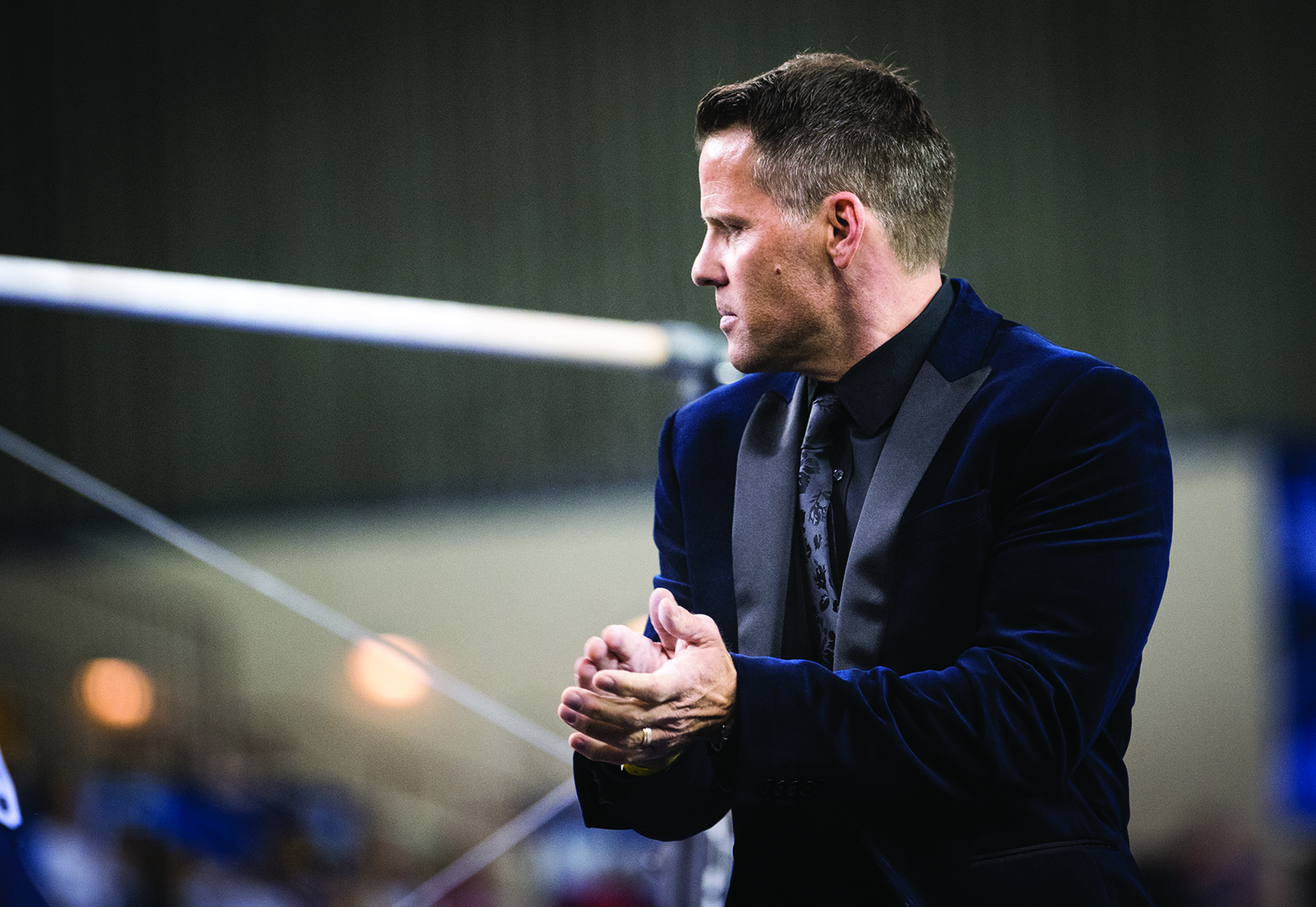